The allocation for the sector was the lowest in percentage terms. 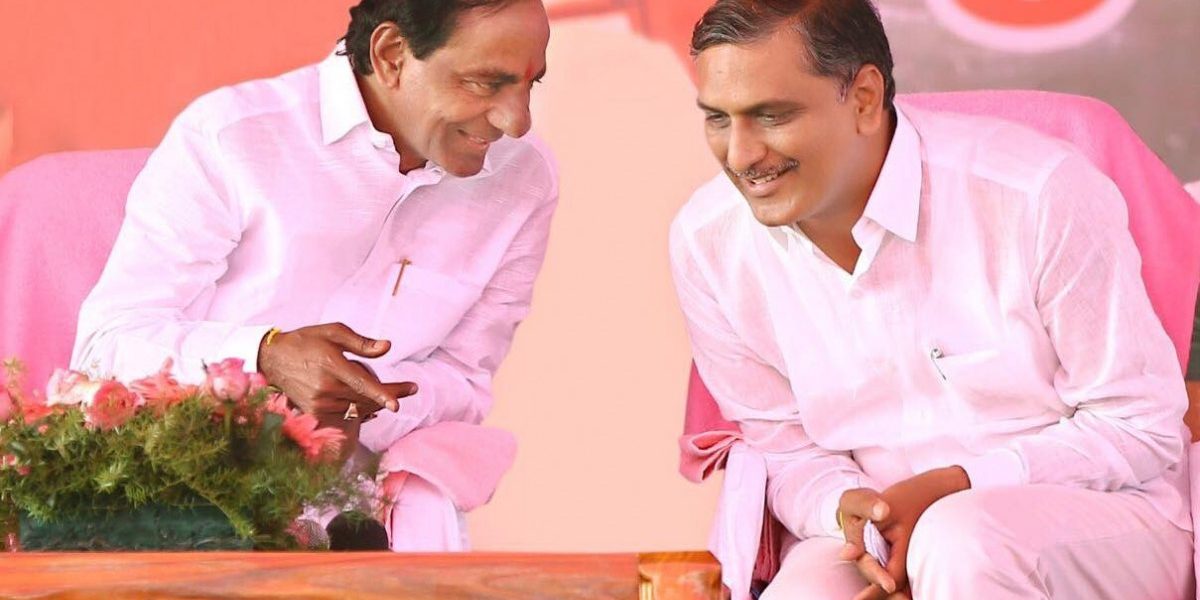 Hyderabad: Telangana finance minister T. Harish Rao, presenting a bloated state budget for the 2020-21 fiscal year, allocated just 6.69% of the total outlay to the education sector. This is the state’s lowest in percentage terms.

Of the projected outlay of nearly Rs 1.83 lakh crore, just Rs 12,144 crore has been set aside for the education sector. The allocation has been reduced from Rs 12,220 crore in 2019-20, which was 6.76% of the total budget. The poor allocation to this crucial sector is even more concerning when the data recorded by the 2011 census shows that Telangana’s literacy rate was 66.46%, much below the national average of 74.04%. Of the 28 states (Jammu and Kashmir is now a Union Territory), only Bihar (63.82%) has a worse literacy rate. The status of literacy among tribal students in the state is even more dismal, at just 49.5%.

Allocations to the education sector have been declining in percentage terms ever since the state was formed in 2014. The combined Andhra Pradesh state had on average allocated 14% of the budget for the sector.

The government has also been happy to let the private sector taking on a bigger role in education. Private schools (commonly referred to as ‘corporate schools’) now teach just over half of the 60 lakh students who attend schools.

This has been aided by the fact that the shortage of teachers in government schools has not been addressed. Y. Ashok Kumar, associate president of the Telangana Progressive Teachers Federation (TPTF), said, “The 25 lakh students in government schools are receiving sub-standard education because of the shortage. There is a requirement of 24,376 new teachers. Of the 547 MEOs (mandal education officers) needed to oversee teaching at the schools, only 32 are employed on a regular basis.”

It is to be recollected here that in the past six years of the Telangana Rashtra Samithi (TRS) rule, teachers were recruited only once and that also after being questioned by the courts.

For students from poor socio-economic backgrounds, the government provides fee reimbursement if they are studying in private colleges. Even here, the allocations are insufficient. While Rs 2,650 crore has been the allocation for reimbursing the fees, it is just a fraction of arrears, which stands at Rs 4,170 crore.

Also read: Education for All Remains Pipe Dream in Telangana

“This would have led to the closure of schools on a large scale. A majority of these are primary schools. The plan was kept in abeyance after an uproar,” says Chava Ravi, general secretary of the Telangana State United Teachers Federation.

The table below indicates the student’s strength among schools and the number of schools with strength below 50. Lack of confidence in the government school system has driven students towards private schools.

A few months ago, media reports hinted at the rationalisation of government colleges at the intermediate level. It was reported that 61 colleges with just 50 students would be closed and amalgamated with the nearest college.

Here too, the government has been satisfied to let the private sector take the lead. But in the past few years, many educational groups like Vikas, Nalanda, Kakatiya Academy, Venkat Reddy Educational Academy, Ratna Institutions, Ideal colleges and even Velocity, managed by J. Santhosh Kumar, nephew of the CM K. Chandrasekhar Rao, have shut shop. They have been bought over by the Chaitanya and Narayana colleges to fend off competition.

P. Madhusudhan Reddy, president of the Government Junior Lecturers Association says that many of recommendations made by the Neerada Reddy Committee Report, set up in 2002 in the wake of a spate of student suicides, have not been implemented. “The committee had recommended regulation of fees. and also that the management should own only one college,” he said.

Reddy also said that the government should not close state-run intermediate colleges as they are the only means for the poorest students to study. It is estimated that nearly 2 lakh students study in 404 intermediate government colleges.

The reduction in allocations for education, even in absolute figures from the last year, eliminates any chances of recruitment and the long-awaited pay revision commission (PRC), says retired professor B. Satyanarayana, former president of Telangana University Teachers Association. The government has not appointed regular vice chancellors for universities for the past six years. They are being headed by IAS officers, with some of them put in charge of more than one university.

The executive councils of the universities were also appointed only ten days ago. In the absence of these councils, no major decision can be taken and may result in funds provided by the UGC lapsing. That the government does not take this seriously was witnessed when a research scholar linked with the TRS’s youth wing was inducted into Osmania University’s executive council.

The university will also find it tough to find funds for developmental activity. Though its allocations increased from Rs 309 crore last year to Rs 347 crore in the present budget, the university had sought Rs 600 crore from the government. “We may have to hit the streets for more funds as salaries are not getting paid regularly. In previous years, the university had to mobilise funds from internal resources,” says professor B. Manohar, president, Osmania University Teachers Association. He said even if VCs are appointed, they will be left dealing with agitations that may arise as a result of a shortfall in funds.

After the Private Universities Bill was passed in 2017 by the state assembly, five-six universities are coming up in Telangana. They will soon get permissions. These universities are likely to offer commercially viable courses like engineering and pharmacy, but may steer clear of less popular ones such as arts and pure sciences.

A. Narsi Reddy, an MLC who represents the teacher’s constituency in the state assembly, described the budget as ‘jugglery of statistics’. He said that the last year’s revenue estimate of Rs 1.10 lakh crore has this year been pegged at Rs 1.43 lakh crore. “There is no mention of PRC (Pay Revision Commission) for employees in the budget. This is demoralising for the employees and pensioners also,” he adds.

It is not just the education sector that has been left feeling shortchanged by the budget. Even the money allocated for the government’s flagship Rythu Bandhu investment subsidy scheme for farmers saw a fall in actual spending. The budgeted amount was Rs 12,300 crore, but only Rs 10,552 crore was spent. The allocation of Rs 6,000 crore for farm loan waiver saw zero spending and the promise remains to be fulfilled. The government has increased the allocation now to Rs 6,225 crores and promised to waive all farm loans up to Rs 25,000 at a single go.