They were part of a group of 45 rescued bonded labourers, most of whom belong to the particularly vulnerable Chenchu tribe. Each of the survivors received Rs 1.5 lakh in compensation. 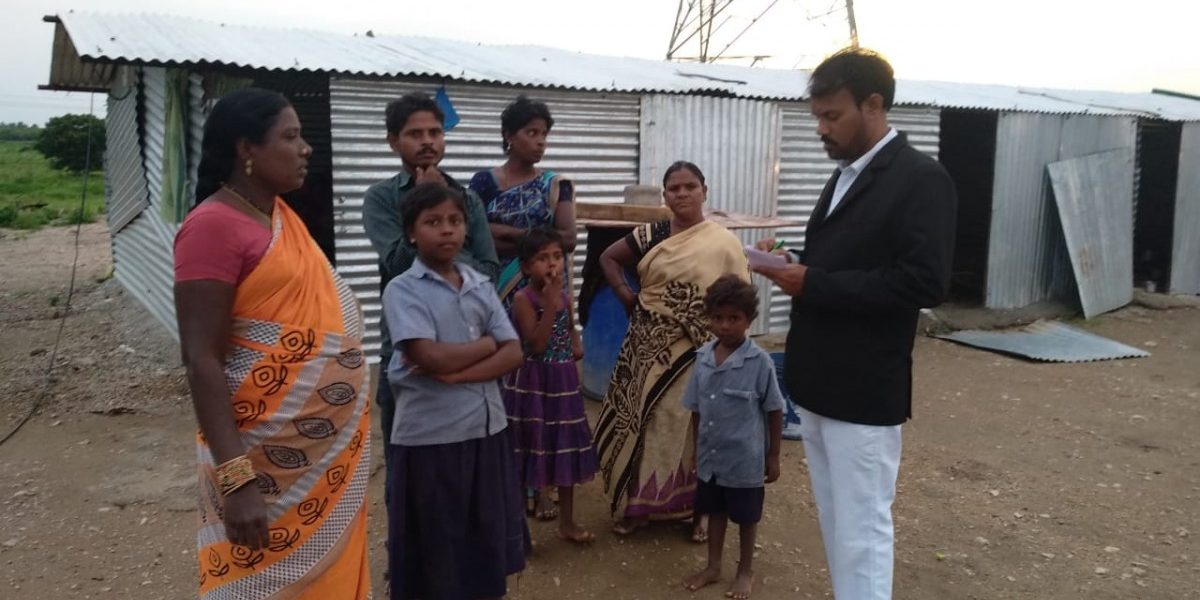 Some of the rescued bonded labourers who received compensation. Photo: By arrangement

Hyderabad: Twelve members of the Chenchu tribe, a particularly vulnerable tribal group, from Nagarkunrnool and Mahabubnagar districts of Telangana received Rs 18 lakh in compensation nearly two years after their rescue from bonded labour.

They are part of a group of 45 bonded labourers, including women and children, who were rescued from bonded labour at a canal irrigation site in Karimnagar district on August 3, 2018. Most of the labourers belong to the Chenchu tribe.

K. Krishnan of the National Adivasi Solidarity Council, a civil society organisation which works to rescue bonded labourers, said that the bank accounts of the 12 survivors were credited with Rs 1.5 lakh each as part of a cash-based centrally-sponsored rehabilitation scheme. “The compensation of the other survivors is being processed and should be completed soon,” he said.

The group of bonded labourers were engaged in a government canal irrigation project by a sub-contractor. “Though there are monitoring agencies to check if any workers employed by government contractors are bonded labourers, they are not able to perform their duties well,” Krishnan said. He said that the government is also more concerned about the completion of the project rather than the means through which this goal achieved.

Krishnan said that members of the Chenchu tribe, a forest-dwelling community, are vulnerable to exploitation because whole communities have been displaced due to various ‘development programmes’. “Because of the displacement, the tribe is not able to practice traditional means of livelihood, which includes collecting forest produce. This leaves them vulnerable to exploitation,” he said.

The Wire spoke to two rescued bonded labourers from Padmanapalle village in Mahabubnagar district. They said the compensation has come at a critical juncture. They said because of the coronavirus-induced lockdown, many had lost jobs and had little savings. “The compensation will help us sustain our lives. We also want to invest it to enable us to stand on our own legs,” they said. 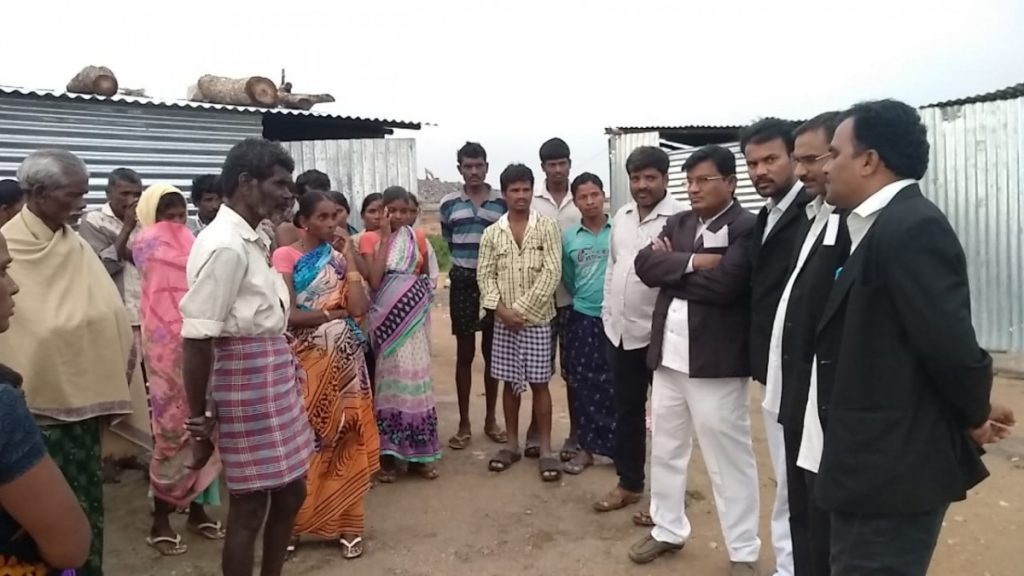 Some of the rescued bonded labourers who received compensation. Photo: By arrangement

In 2016, the Centre had estimated that there were 1.84 crore bonded labourers in the country. Then Union labour minister Bandaru Dattatreya had said in a written reply in the Rajya Sabha that the government plans to identify, rescue and rehabilitate these labourers by 2030.

Most bonded labourers tend to belong to marginalised communities such as scheduled tribes and scheduled castes.

A centrally sponsored scheme for the rehabilitation of bonded labour has been operational since May 1978 to assist state governments. This scheme was revamped in May 2016 and financial assistance was increased from Rs 20,000 to Rs 1 lakh per adult male beneficiary, Rs 2 lakh for women and children, and Rs 3 lakh in cases of extreme deprivation or marginalisation.

The amended Scheduled Castes and the Scheduled Tribes (Prevention of Atrocities) Act also provides compensation for exploitation through bonded labour.

Though the enhanced amounts must be paid within seven days of the incident being reported – either in full or in instalments – there is usually a long wait, sometimes for years. According to Krishnan, this is because of bureaucratic delays. He said that for some authorities, these cases are not a priority. “Sometimes, there is a delay in the courts or in the police filing a chargesheet. If the district magistrate is transferred during the investigation, the new magistrate has to start over again. Because of these issues, the wait is usually longer,” he said.

Also Read: The Pandemic is Changing the Face of Indian Labour

The Human Rights Law Networks suggests that a comprehensive rehabilitation package should extend beyond “cash and assets” and provide “for education and the allotment of secure and safe employment”. In the absence of security, there is a possibility that the rescued workers may fall into debt and consequently, forced labour.

The network suggests that the government consult with survivors of bonded labour to ensure that “rehabilitation packages are adequate and that the assets provided are appropriate”.

New law stuck in the pipeline

The Union cabinet had in February 2018 approved a Bill to prevent trafficking and to protect and rehabilitate persons who were trafficked. Although it was passed by Lok Sabha that year, the Bill never made it to Rajya Sabha. It lapsed when the Narendra Modi government’s first term ended.

Experts have expressed apprehensions about the Bill. Writing in The Wire, Shreshtha Das said that it “falls into the familiar trap of trying to use criminal law to solve a social problem”. If passed, the Bill could have a disproportionate impact on women, she wrote, adding, “With wide investigative powers and the ability to close down places, the Bill is likely to create heightened surveillance and restrictions on women’s mobility.”

In an interview to The Wire, professor Prabha Kotiswaran said that the protection homes envisioned under the Bill provided for “little accountability” on the part of governments or NGOs which would run them. Replicate a “failed model that violates the basic freedoms and dignity of Indian men and women” will not help, she said, adding that exploring “community-based forms of rehabilitation” may serve better.

Krishnan of the NASC also highlighted the need for trained and designated officials to take up labour trafficking cases, while adding that protocols for inter-state coordination should be formulated to strengthen the network of officials, survivors and NGOs.