‘Though I Am a Swedish Citizen, India Is My Only Home’: Taslima Nasreen

The Bangladesh-born novelist has been granted a short-term visa by the India government, instead of the year-long residency permit usually issued to her. 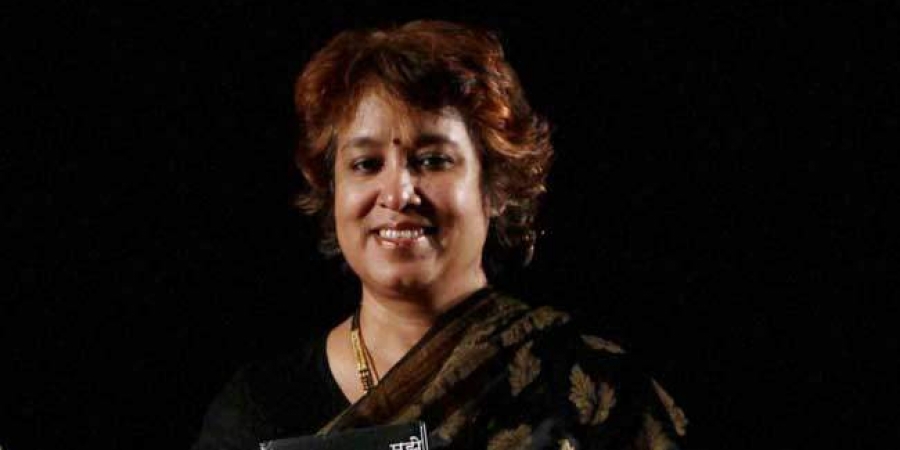 New Delhi: For the second time in the Narendra Modi regime, Taslima Nasreen, the noted Bengali feminist writer living in exile in New Delhi, has been issued a short residency permit. This meant breaking the India government’s usual practice of permitting her to stay in the country for one year at a stretch with the multiple entry provision.

Soon after taking over the reins in 2014, the first Modi regime granted the Bangladesh-born writer, now a citizen of Sweden, a stay visa for two months. On July 18, the second Modi government issued a visa to her for three months, which will expire on October 27.

Taslima has been surrounded by controversy ever since her ground-breaking novel in Bengali, Lajja (Shame) – bricked on the anti-Hindu riots in Bangladesh after the demolition of the Babri Masjid in India – was published in 1993. She has since been a target of the right-wing Islamic forces through fatwas within and outside Bangladesh – forcing her to live away from her country of birth for 25 years now.

The Bangladesh government not only banned Lajja and a couple of her subsequent books but also revoked her Bangladeshi passport, compelling her to seek shelter in various Western countries besides India. In 2007, after an attack by a mob of Muslim fanatics in Hyderabad, Taslima was kept under house arrest by the West Bengal government and was asked by the local government to leave the state thereafter.

Though she was detained under house arrest in New Delhi for about three months afterwards, the controversial writer had to leave India in 2008 for the US. She returned to India in 2012 and has since been living in the country with the support of a residency permit usually issued for a one-year term.

Also read: Taslima Nasreen and the Imaginary Homeland of the Exiled

Speaking to The Wire on July 19, the firebrand novelist said, “Though I had applied to the Foreigners Regional Registration Office (FRRO) for online renewal of my residency permit some time back, I didn’t get a response. It made me worried as the present one would have expired on July 27 and I have to travel to the UK on work. Though like others, I apply to the FRRO for its renewal, the final call about the time limit of the visa in my case is always taken by the Ministry of Home Affairs (MHA). Therefore, I took to twitter to seek help from the concerned authorities.”

I applied for the extension of my Indian residence permit. But no answer yet from the government. My permit will be expired on July 27.And i have to travel to UK to attend a rationalist conference on July 26. Hope Home Minister @AmitShah ji will grant me theresidence permit.

Taslima has over three lakh Twitter followers. A day after she tagged home minister Amit Shah in her tweet, she received a call from the FRRO office stating that the MHA has approved her visa for three months. “This surprised me as barring only once, earlier governments and this one too have always granted me a one-year residency permit,” she related.

Taslima took to Twitter yet again on July 18, to draw the attention of home minister Shah, thanking him for granting her the visa but stated that his predecessor, senior BJP leader Rajnath Singh, had “assured” her that she “would get an extension for 50 years.”

Hon'ble @amitshah ji,I sincerely thank u for extending my residence permit. But I'm surprised it's only for 3M. I apply for 5yrs but I've been getting 1yr extension.Hon'ble Rajnathji assured me I wd get an extension for 50yrs.India is my only home.I'm sure u'll come to my rescue.

“India is my only home. I am sure you (Shah) will come to my rescue,” she tweeted.

On July 19, she told The Wire, “I have not got any response from the MHA or FRRO since then.” She said, “What is also worrying me is that I have committed myself to a series of lectures in countries like the US and Taiwan this October. If I go there, I will not be able to return to India with this visa. Even though I am a Swedish citizen, I belong to this part of the world psychologically and mentally. I have everything here, in India, not just my books, my readers, everything. It has been over a decade I have been living in this country since I was first permitted in 2004 for which I am very grateful.” 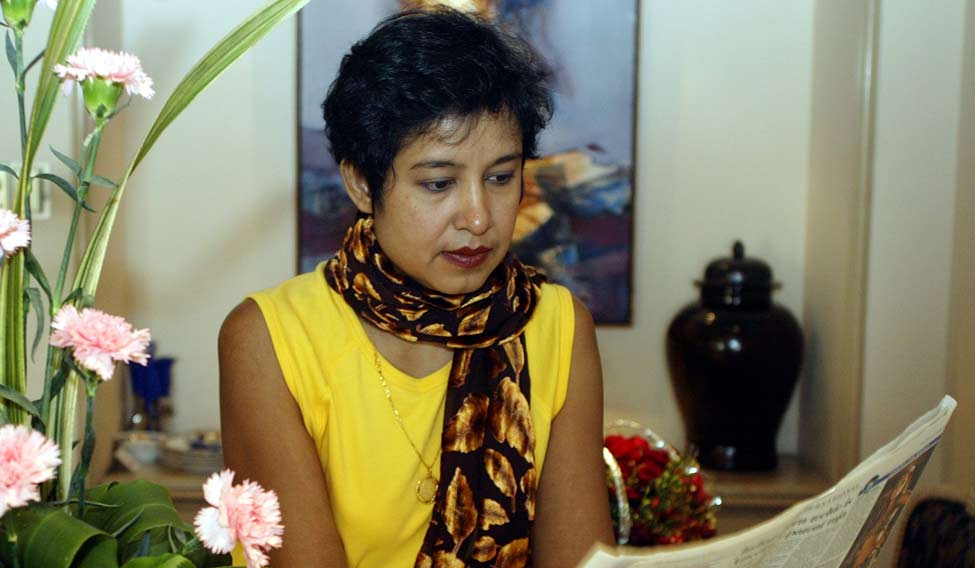 In an interview to this correspondent for The Hindu in 2012, Taslima said, “My house in Dhaka has long been occupied by people I do not have contact with. After my parents’ death (she was not granted permission by the Bangladesh government to see her parents on the death bed), my relatives have changed completely. To them, I am dead. They did not let me have anything that I inherited.”

Grateful to the Indian government for permitting her to enter the country once again, she had said, “Now I believe that I have a home, which consists of a family of people – men as well as women – who bravely oppose the forces of darkness and ignorance. The hearts of the people are my home and my country, my safe haven, my refuge.”

Since 2004, though Taslima has applied for a five-year residency permit several times – including this time – she has always been granted a one-year term barring in 2014 for a while. Sources in the FRRO said she was granted a three-month visa this time because the MHA informed it that “it is in the process of changing its policy.”

Also read: Taslima Nasreen Refused Entry to Aurangabad as Police Give In to Mob Threat

Taslima responded, “It could be so, but why am I given a short term visa before the policy has been implemented? I could have been granted a permit for at least one year and later asked to go through the process again when the policy would have come. I would have happily complied with it.”

She also added, “But I have not given up hope. I am hopeful that this government will hear me.”