After Another Police Killing in Tamil Nadu, Families, Activists Look for Justice and Change

This time, after the murder of farmer Murugesan, the DMK government has been quick to act. 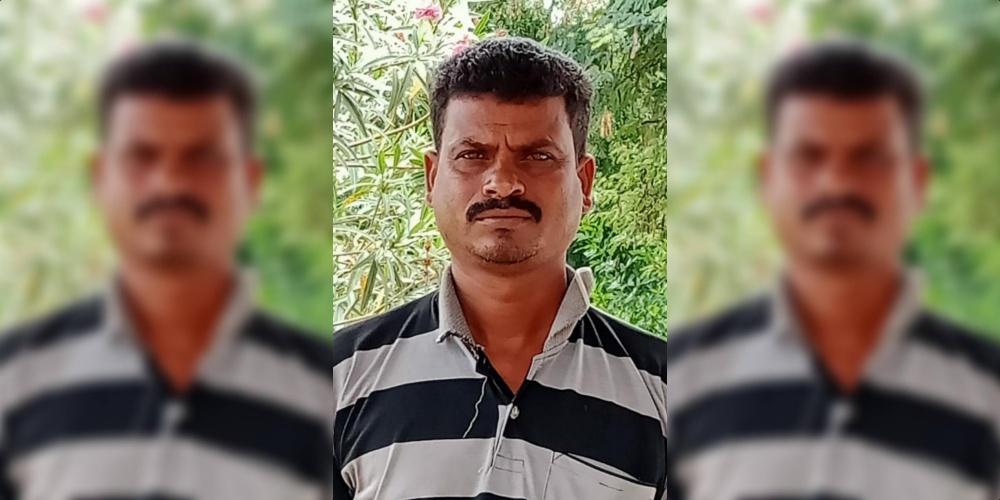 Chennai: The irony could not be missed. Even as Tamil Nadu – specifically Sathankulam – was commemorating the first anniversary of the custodial deaths of Jayaraj and Bennix, a similar tragedy unfolded at Edayappati, a village in Salem district.

Forty-five-year-old Murugesan, a local farmer, was brutally beaten by the local police at a check post on June 22. Murugesan was taken to a hospital the same day and died on June 23. The incident brought back dark memories of Sathankulam, where Jayaraj and Bennix were picked up by police on June 19, 2020 and died three days later.

But this time, the DMK government was quick to act. Periyasamy, the local special sub-inspector who beat the farmer to death, was placed under suspension and immediately arrested. Chief minister M.K. Stalin declared in the state assembly that “action would be taken against” the perpetrators of the heinous crime. The state announced compensation of Rs 10 lakh for Murugesan’s family, besides filing a criminal case against Periyasamy. 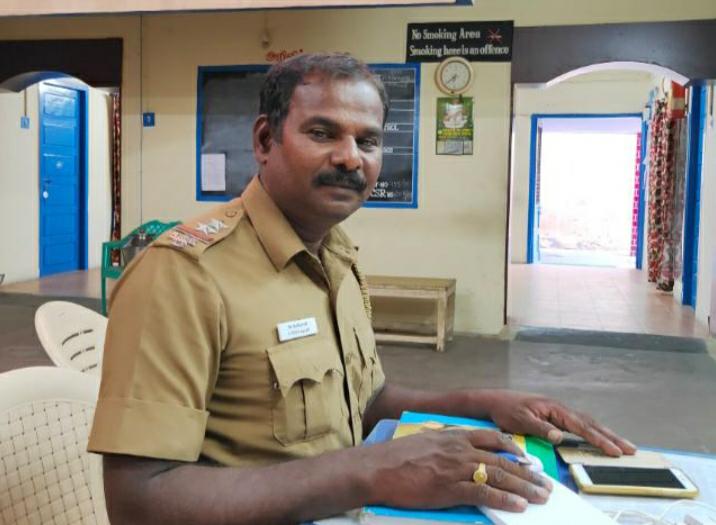 Periyasamy, the policeman who has been arrested in the case. Photo: Special arrangement

In a strongly worded tweet, Thoothukudi MP and DMK women’s wing leader Kanimozhi said the police atrocities on “ordinary citizens should be stopped”. “The mindset that existed before May 7 should change. They should realise that this is DMK’s government for the people.”

Only a day before, Kanimozhi had visited the family of Jayaraj and Bennix at Sathankulam on the first anniversary of their custodial deaths and assured them of the state’s support. “The state will stand by them and help them get justice,” she later told reporters.

The Sathankulam case is still under trial, with one of the accused passing away in the last year. The remaining nine accused policemen continue to be in jail but are making every effort to scuttle the case. Reports say four petitions have been filed by the accused in the Supreme Court, including one by Raghu Ganesh who was a sub-inspector at Sathankulam. This petition seeks transfer of the trial to Kerala since they “would not get justice in Tamil Nadu”.

For the family of Jayaraj and Bennix, justice continues to be their only hope in an otherwise dark world. “Their loss is something that can never be compensated,” says J. Vinod, Jayaraj’s youngest son-in-law. “Our states of mind continue to be what they were around this time last year. The entire family couldn’t get over this tragedy because Jayaraj uncle was everything for us. He led the family, he decided everything. It continues to haunt us, this nightmare. Imagine, the father and son come home for lunch, and return in the evening with some snacks. They go back to their shop again and all we hear are their cries over the phone. They come back as corpses. Which family could handle this?” he asks.

Jayaraj’s wife Selvarani couldn’t bring herself to stay in Sathankulam any longer after the gruesome incident. She now lives with her eldest daughter in Puliyangudi, a neighbouring village, and came to Sathankulam after a year to commemorate the first anniversary. “The entire family had to persuade her; it was hard to convince her to come. Our lives have changed completely,” Vinod says. “We believe only justice can help bring our family out of this darkness. Of course, justice still won’t bring their lives back, but at least it will instil a sense of fear among top policemen about beating another person. We want our case to set a precedent. That shall be the minimum relief for this family.” 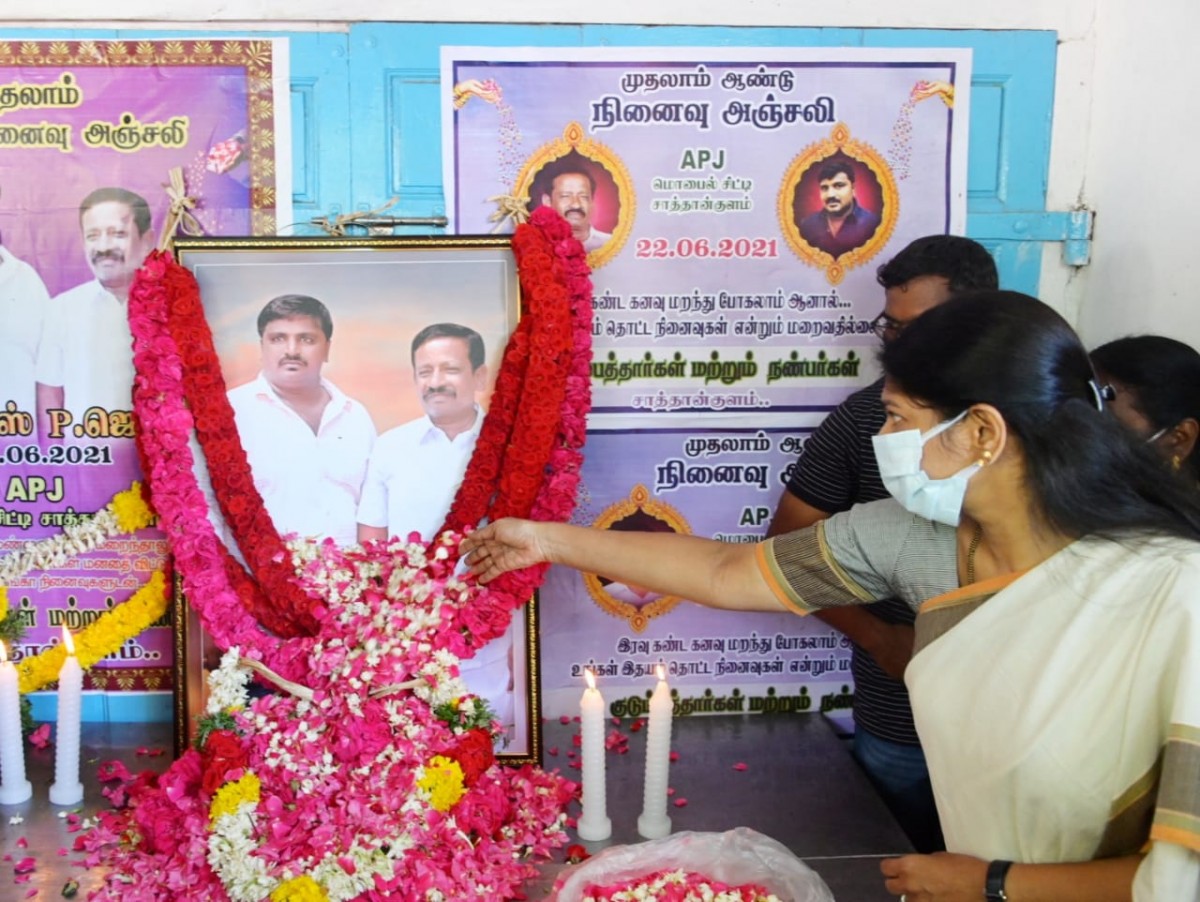 On June 19, the Joint Action Against Custodial Torture (JAACT) released a Sathankulam declaration with exactly the same idea. The preamble of the declaration read:

“It is found that groups such as women, scheduled castes, adivasis, sexual minorities including transgenders, are particularly vulnerable. Safeguarding the right to life, liberty, bodily integrity and dignity of every person, including those vulnerable communities stated above, is of paramount importance. It is imperative that the police sheds the vestiges of colonial practices and treats people with dignity as holders of constitutional and human rights. Towards this end, this Declaration setting out guidelines to be operationalised to avoid police torture and senseless loss of lives is adopted.”

The declaration collates various laws, guidelines and practices as standards to be fulfilled from the “time people are taken into custody and either released on bail or sent to judicial custody”.

“We have taken it from various sources, both national and international. For example, the one on medical examination is from a Kerala commission of enquiry report,” says Henry Tiphagne, a human rights activist involved in bringing out this declaration. “The declaration was released on June 19, [a year from] when Jayaraj and Bennix were picked up by the cops. On June 26, the UN international day in support of victims of torture, political parties will present their comments on this declaration. After that our idea is to present it to the chief minister, have a discussion and ensure that the points are incorporated as an amendment to the police Act.”