Villagers intend to launch a Jangal Suraksha Satyagraha against what they believe is the BJD government's clear attempt at steamrolling their interests in favour of mining companies'. 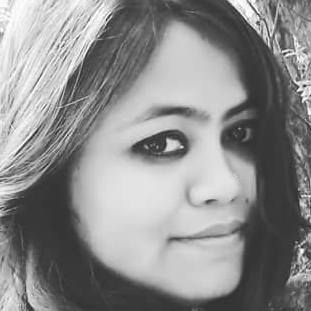 Mumbai/Talabira, Odisha: “Naveen Patnaik is like ma-baap to us, he should have worked in our interest [and protected us]. Instead, he is working at the behest of [mining] companies,” said Dilip Kumar Sahu, a 53-year-old resident of the Talabira area in Sambalpur district of Odisha at a public meeting held on Wednesday.

Forest dwellers, from four villages in the Sambalpur district, who have opposed the felling of trees in Talabira for an opencast mine project, will launch a ‘Jangal Suraksha Satyagraha’. The public meeting witnessed participation from villagers of Talabira, Patrapalli, Rampur and Malda in the presence of noted environmentalist and National Alliance of People’s Movements (NAPM) leader, Prafulla Samantra and other leaders who had gathered at the site of the tree felling in Talabira to show their solidarity. According to the villagers, the purpose behind launching the satyagraha was to prevent any further felling of trees and villagers have even resolved to undertake a jail bharo-like exercise to that end.

‘It was as if someone was cutting our children’

Sahu, who is also a part of the Lokmukti Sangathan and NAPM, described the felling of trees, that started on December 6, by saying that “It was as if someone was cutting our children”.

Samantra, who visited the area on December 18, highlighted that the forests had been cultivated since 1850 by the locals in the area, who had even hired a “jungle watcher” or forest guard on their own. In a unique collective endeavour, truly reflective of the community-oriented approach prevalent in Adivasi communities, the villagers would pay the watcher in kind by jointly contributing three kilograms of rice from each family in the area.

Through their hard labour, the villagers cultivated and nurtured these forests, which have luxuriant Sal trees, and are now over 150 years old. Akul Pradhan a native of Talabira said, “There was no forest till 1850 but our forefathers started plantation and for 100 years, the villagers have been taking care of the forest in a traditional manner. Each family gives three kgs of rice per month to the village forest guards, despite living in a dire situation themselves. Thus they keep forest to be protected.” ‘We never gave our consent’

Last week, the felling of trees in Talabira was preceded by Stage II clearance by the Ministry of Environment, Forest and Climate Change (MoEF&CC) to divert 1,038 hectares of forest land for an opencast coal mining project called Talabira II and III coal blocks. The Stage II clearance came around in March 2019.

Villagers have emphatically said that they had never given their consent for the diversion of the forest land as required by the Stage I clearance letter and that their rights under the Scheduled Tribes and Other Forest Dwellers (Recognition of Forest Rights Act (FRA), 2006 haven’t been settled. They allege that the official Stage II permission appears to be based on forged gram sabhas resolutions. A cursory look at the gram sabha resolution affirms this claim. The proceedings of the meeting are in English, while most villagers claim that they have no knowledge of English and that they record their proceedings in the local language of Odia. Pictures of the allegedly forged Gram Sabha resolutions giving clearance for diversion of forest land for non-forest use (Proceedings have been recorded in English instead of local language) Photo: Local villagers

The proposed Talabira II and III blocks coal mining project belongs to the Neyveli Lignite Corporation (NLC) India and is located in the Jharsugda and Sambalpur districts of Odisha. A Business Standard report said that the annual production capacity from the coal blocks with estimated deposits of 554 million tonnes (mt) is pegged at 20 mt. How FRA mandates were skipped

Adivasis and other forest-dwelling communities (SCs and STs) comprise almost 60% of the population affected by the project. The 1038 hectares of forest land included in the mining project are natural forests dominated by Sal trees, which have been actively protected by villagers for the last 40-50 years. This region of Odisha has some of the oldest and most established community forest protection in the state and is one of the last big forest patches in the whole area, surrounded by mines and industries.

“Villagers in Patrapali village had received 20 Pattas out of the 69 claims that they had filed under the Individual Forest Rights clause of the FRA, 2006. However, there has been no response or initiation of the verification process for Community Forest Rights (CFRs) submitted as long back as in 2012,” said Sahu.

Samantra pointed out that the state officials didn’t do anything to spread awareness about the FRA, 2006. Regarding Patrapali’s pending claims, he pointed out, “Since the claims were neither approved, nor rejected, forest dwellers were not made eligible for compensation. This seems to have been done on purpose”.

The Business Standard report also quoted a “source in the know” as saying, “Payment of compensation for the families affected by the Talabira-II & III coal blocks is under way. Total compensation is worked out to be Rs 1,200 crore. We have already disbursed Rs 30 crore,”.

However, the residents of the forest villages vehemently refute the claims. On numerous occasions, the villagers claim, the officials, sometimes from the Forest Department and sometimes from NLC, came to the villages and told them that each family would get Rs. 18 lakh but nobody received any compensation. Moreover, the villagers maintain that they do not want to move from the forests, as they have already faced the brunt of displacement once.

The villagers settled around this area have come from the Mahanadi area from where they were displaced because of the Hirakud dam construction in the 1950s. Motiram Patra, another villager, was ten years old when his family was displaced by Hirakud dam. He has only 8 cents (one cent is equal to 1/100 of an acre) land. For the last 60 years, the villagers have depended on this forest as the primary source of livelihood.

Samantra, who highlighted the plight of the community in the past, asked, “Why has there been no notification from the government to the villagers?”

Samantra sees this situation as a pattern. “What was the rush to fell these trees? I feel this area will be now given away to the NLC, and in turn to the Adanis. Both are the government’s favourites,” he adds. Multiple attempts by the villagers to hold the officials in the area accountable have failed so far. In November 2019, the villagers had planned a meeting on FRA 2006 in which the district collector, along with other officers, was supposed to be present. The meeting was cancelled without any intimation to the villagers.

Like several other forest communities across India, the Munda community here are dependent on the forests for their survival. “We get forest produce like mahul, kunduru, medicinal plants etc. from the forest which has been crucial for our sustenance. Without asking us who is the administration to destroy our forest,” asked Bhagirathi Munda, a middle-aged woman.

Academic and activist Tushar Das of the Community Forest Resource Learning and Advocacy group (CFR-LA) said, “The Forest Rights Act is applicable to these forests and villagers’ community forest resource (CFR) rights should have been recognised. Moreover, under the FRA, 2006, villagers consent is required for any diversion of forest lands. “

In fact, village communities have passed strong gram sabha resolutions rejecting the proposed diversion of forests for the coal-mine. Das said that, in view of this, the Stage II clearance of the project is illegal and contravenes not only the FRA but also the Scheduled Caste and Scheduled Tribes (Prevention of Atrocities) Act (PoA), 1989 as a majority of the population is SC/ST.

He also added, “In this case, the forest clearance has been granted by the MOEF on the basis of state’s proposal and FAC recommendations. So both the MOEF and state government are responsible for the illegalities caused in forest clearance leading to massive destruction of forests.”

Contradictions in number of trees felled and bypassing procedures

Shankar Prasad Pani, a National Green Tribunal (NGT) and Orissa high court lawyer, who visited the tree felling area on December 15, highlighted the drastic situation that continues to persist in the villages. He said that the area still had the presence of security forces, mainly CISF.

He said that a ‘checkgate’ has been erected to ‘scrutinise’ and ‘prohibit’ people from entering their own forests. This is a tollgate like structure, which is used to demarcate the area from where villagers can collect forest produce. Two gates, one at the entry and one at the exit have been installed.


Regarding the actual number of trees felled, Pani said, “When I spoke to the incharge there, who seemed like a supervisor from Forest Department Corporation, he told me that 15,000 trees had been cut and that in total 17,000 trees were to be cut. Of these 2,000 trees will be transplanted and 15,000 will be chopped off.”

“I saw timber heaps. Usually, it takes five minutes to chop a full-grown tree and they have been at it since December 6. It appears that maybe 40,000 or more trees have been cut but this needs to be backed. When I spoke to the field staff they said that only an expert can cut a high speed and hence ‘only’ 15,000 trees had been cut,” Pani said.

Highlighting a significant lacuna in the tree felling process, Pani noted, “All trees had not been demarcated. For trees to be cut, it’s necessary to mark them.”

“Trees were uprooted from the roots. The stumps of the trees were not kept for counting, as is the usual procedure. Though the acquisition notification was received long back, no land has been awarded,” he said.

Pani said that it appears that the required number of trees [for the mining project] has been cut, hence no more trees are being felled. But the work is going on for timber collection and ground levelling.

A Site Inspection Report which inspected the area earlier noted in its report that “The impact on the ecology [by way of felling 130721 trees- an estimated number mentioned in the report] will be negligible.” Site Specific plan of diversion of forest land in Talabira says that the impact of felling of 130721 trees will be ‘negligible’. Photo: Kanchi Kohli/Twitter Site Specific plan of diversion of forest land in Talabira says that the impact of felling of 130721 trees will be ‘negligible’. Photo: Kanchi Kohli/Twitter

So far, there has been no response from the District Collector, NVL authorities and Director General of Forests on the questions of compliance to Forest Rights Act (FRA), 2006, allegations of delay in allotting land claims, forged Gram Sabha resolutions, diversion of forest land and more.