'Our Only Mistake Was Being Born Muslim': A 25-Year Fight Against Terror Charges 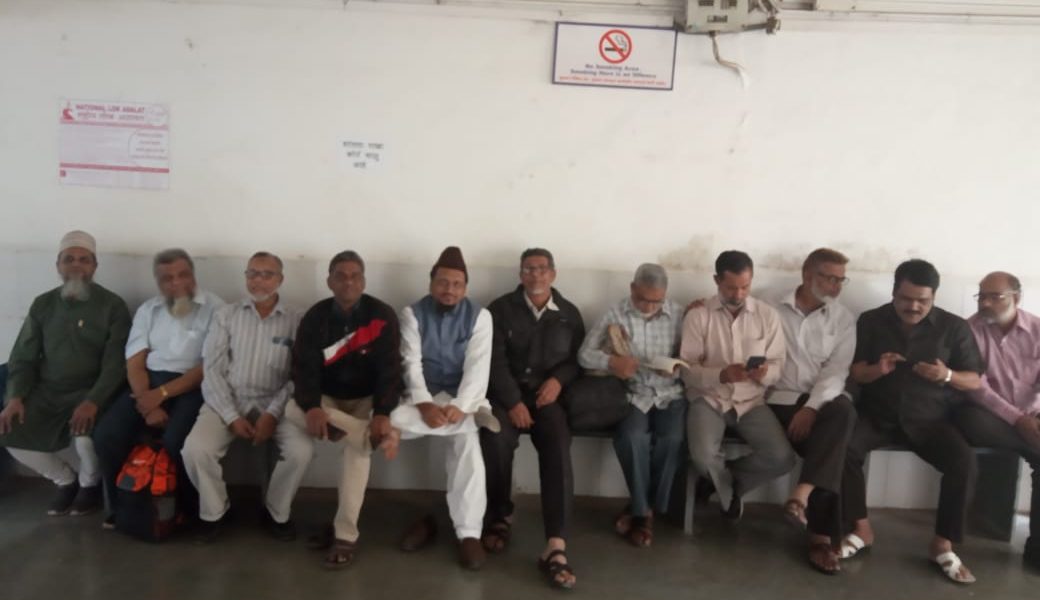 The 11 men outside the special TADA courtroom in Nashik soon after they were acquitted of all charges. Credit: Special arrangement

Mumbai: By the age of 32, Asfaque Mir had everything going for him – a flourishing medical practice in south Mumbai, a supportive family, children and social respect. His world was untouched by controversy, and existed far away from the country’s criminal justice system.

Mir, on that fateful night, was abruptly picked up by the Bhusawal police, tortured brutally for days, branded as a dreadful terrorist overnight, and booked along with ten others for being a part of a deadly terror outfit, ‘Al Jihad Tanzeem’. Police said this group had planned full-fledged terror activities across Maharashtra to avenge the demolition of the Babri Masjid.

Twenty years later, special designated Terrorist and Disruptive Activities (Prevention) Act court judge S.C. Khatti found all those claims baseless and acquitted all 11 accused in the case. While 12 persons were booked initially, one person was made an approver and he escaped the trial.

Mir says the acquittal came 25 years too late. “Only the 11 of us and our families know the extent to which we have suffered. For someone who has never interacted with the police to be suddenly huddled away to Bhusawal and tortured for days on end, it was no less than a death sentence,” 57-year-old Mir told The Wire at his residence in a multi-storey apartment in Dongri, south Mumbai. He met this reporter along with Dr Haroon Ansari, his longtime friend and medical college senior, who was a co-accused in the case.

The police first arrested Jamil Ahmed Khan, an activist associated with the Student Islamic Movement of India (SIMI), now a banned organisation in Bhusawal. After Khan, and a few others in Bhusawal, the police came for four people in Mumbai. Mir, his elder brother Mumtaz Syed Murtuza Mir, Ansari and Moulana Abdul Qader Habibi, then a young Imam at a local masjid in Mumbai, were arrested between May and June, 1994. Mir says that besides his schooling in Bhusawal, he had no other connection with the region and did not know Khan until the arrest.

“We had no idea of the arrests made in Bhusawal. We (Mir and Ansari) knew Maulana Habibi as he had approached us in connection with some treatment. The police plotted a conspiracy theory that we were all a part of a terror outfit and rounded up everyone who they could lay their hands on,” says Ansari, a 63-year-old Unani medicine practitioner in the city.

Among the 11 arrested, three are doctors, two engineers and Habibi has a PhD now. Mir says the police had targeted only “educated Muslim youth”. “We had all struggled and gained education and were trying to build our careers. These arrests were planned meticulously to create a notion that educated Muslim men have walked the path of terror to avenge Babri Masjid demolition, a common story given after every Muslim person’s arrested those days,” Mir says.

The duo said that their arrests were not made to prove a case but to harass them. “The environment was already hostile in the city. Babri Masjid was demolished only two years ago and Muslims were targeted in the city. A bomb blast had occurred too. We were like sitting ducks. The police arrested us in a baseless case, blatantly violated our human rights and no one could do anything,” says Ansari.

The arrest, Mir recalls, happened amid a lot of drama and the media portrayed the 11 men as dreaded terrorists. “My wife was pregnant at the time of my arrest and a few days later she delivered a baby girl. The police did not let my family inform me about my child’s birth and the media was told that I was so unhappy with my daughter’s birth that I did not want to see her face. The media had reduced us into some cruel, fundamentalists. No one thought for a moment that they were writing about doctors and engineers who had strived for years to build their lives.”

After a couple of months, the police apparently lost interest in the case. The case was registered in 1994 but the chargesheet, a mere 20-page document, was submitted to the court only in 1998. Ansari recalls, “By then, the local court had already released us on bail, observing that the charges of TADA and sedition were arbitrarily slapped on us. Imagine, we were granted bail under such a draconian law. Something that was unheard of.”

Watch | In Polarised India, One UP Village Stands out as a Beacon of Hindu-Muslim Harmony

“The police’s chargesheet too had nothing against us besides a few police witnesses,” Ansari says. Of the 15 witnesses, only nine deposed before the court at the time of the trial. Two had passed away and the rest were not traceable when the trial finally commenced in 2018. “The trial finally began only when we moved the apex court seeking the expedition of our case,” Mir told The Wire.

In these 25 years, several judges changed, and government lawyers too. The TADA law, now repealed, was just a few years old when the arrests were made, and Mir says most judges and lawyers were clueless as to how they could conduct the trial. “In all this, our crucial years were lost,” he adds. After trying several local lawyers, they approached a socio-religious NGO, Jamiat Ulema-e- Hind, which decided to provide legal assistance to the 11 men.

First the case was heard in the lower court at Bhusawal, then it was transferred for a short period to Thane and then finally at Nashik, where the trial was finally concluded. On February 27, Judge Khatti spoke just five words, “Yeh adalat aapko baizzat bari karti hai (This court absolves you of all charges),” and all 11 broke down in the court. “We had almost spent a lifetime waiting to hear those words. It was a relief,” says Mir.

While Mir and Ansari managed to earn a living, they say, others could never manage to return to normal life. “Some of them continued to be jobless since no one was ready to employee them. Even our relatives were so scared that they decided to cut off ties. We lived a life of acute humiliation and stress,” Ansari says.

Ansari tears up as he recalls the day he was arrested and the torture that followed. “It was painful. The police treated us inhumanly and even after our release the investigating officer Deepak Jog would call us to the police station and ill-treat us.” Jog died of a heart attack in 1996.

“Every time there were riots or terror activities, the police would summon us and torture us for hours. Those who lived in Bhusawal suffered the worst,” Mir says.

To save himself from constant police scrutiny, Mir says he joined the Samajwadi Party. “The police actually stopped bothering us. They knew we finally had political backing and that, in one sense, did provide us with social security,” Mir says, further adding that he was soon disillusioned and quit the party.

Over the past 25 years, the duo says while they lost a lot, they also found friendships in some unusual situations. “Besides the four of us, I knew no one in Bhusawal. In fact, I had not even been to that city before our arrest. But over the years, we have all stayed in touch and tried to help each other. It is strange how we got to know each other, but the case did find us some great friends,” shares Ansari, smiling.

Both say they have no anger against the police. “It is the state that decided to victimise us, the police were only acting on their bosses’ orders. Even if the court let us off, the state punished us. Our only mistake was being born Muslims,” Ansari says.