Tablighi Jamaat: A Year on, Some Attendees Still Await Trial, Others Struggle To Return Home

For this year's event, restrictions on physical meetings and last year's experience mean that fewer people are likely to attend. 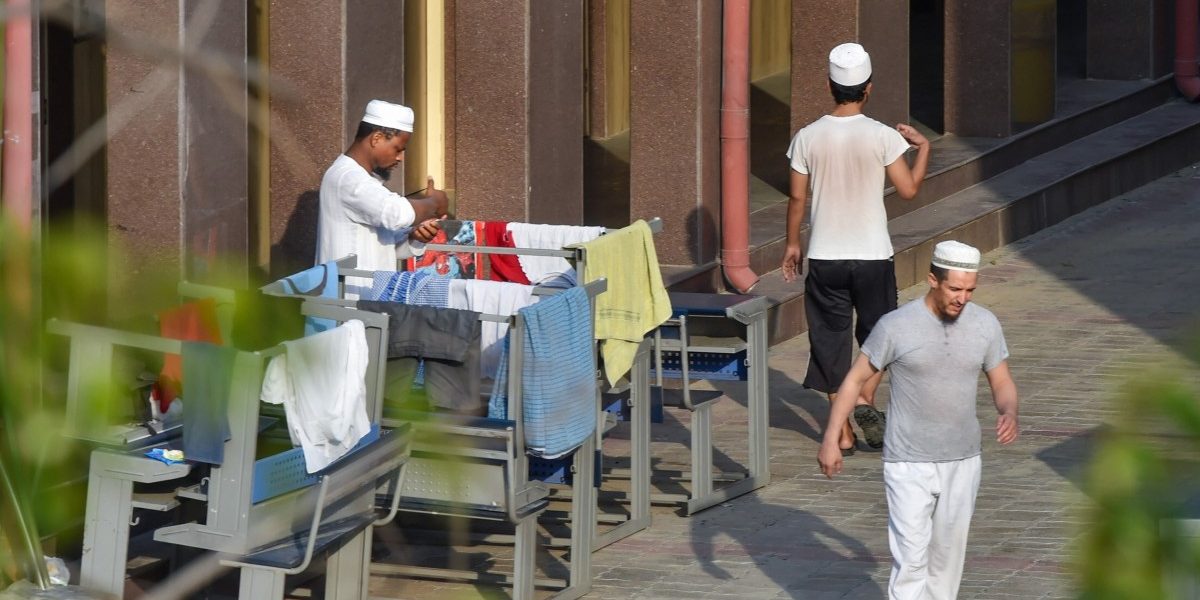 Members of the Tablighi Jamaat at a Delhi government quarantine facility in April 2020. Photo: PTI/Manvender Vashisht 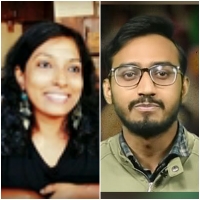 Mumbai/New Delhi: Nearly a year ago, around 3,500 foreign nationals had visited India to attend the Tablighi Jamaat event at Nizamuddin Markaz, a mosque in South Delhi. The gathering, including men, women and children, soon found itself in a quandary when Prime Minister Narendra Modi announced a nationwide lockdown on March 24, 2020, giving them less than four hours to prepare for its onset and many dire implications.

By the time lockdown was announced, several attendees had moved to different parts of the country, to attend smaller gatherings at local mosques. And different state police forces responded in a different manner. In Delhi, around 960 foreign nationals were held at quarantine centres for many months. In Jharkhand, Uttar Pradesh, Maharashtra, Karnataka, Tamil Nadu and other states, they were sent straight to jail.

The police accused them of being “super-spreaders” – a derogatory term applied to people who were thought to spread the novel coronavirus to many other people – and charged them under several sections of the Indian Penal Code, the Epidemic Diseases Act and the National Disaster Management Act and Foreigners Act for defying government restrictions. Police in some states also applied the unbailable charge of ‘attempt to murder’.

The country’s sub-par preparedness at the time for the COVID-19 epidemic was blamed on the foreign visitors stuck in India. Both the government and several sections of the media played a crucial role in criminalising those attending the Tablighi Jamaat.

A year on, around 146 of the 3,500 or so attendees are still struggling to find their way home; 26 among them still await trial.

The cases in Uttar Pradesh were divided into regions. Bareilly handled cases in nine districts, of which two – in Moradabad and Bijnor – are still pending. The Allahabad high court had directed the Bareilly trial court to complete these trials in eight weeks, but to no avail. Of the 26 who face trial, 16 are Indonesian and 10 are Thai.

Lawyers coordinating the trial told The Wire that in October last year, after the high court’s direction, the trial court had received the relevant legal papers – but continued to drag its feet. “Meanwhile, the Jamaat has continued to support those left behind, in some cases even their families back home,” one lawyer said.

Although the principal Tablighi Jamaat event was held in Delhi, not one of the 960 foreign nationals were sent to jail. “They were kept in quarantine; in some cases, the quarantine extended to several weeks. But no one faced incarceration,” advocate Fuzail Ahmad Ayyubi said. But this wasn’t the case in other states.

And it didn’t matter which party governed each of these states – foreign nationals were promptly sent to jail for anywhere between a few weeks to several months. Those in Uttar Pradesh in particular faced prolonged incarceration; the affected individuals’ prospects were pretty grim in Maharashtra, Karnataka and Tamil Nadu as well. Tamil Nadu had in fact set up a detention centre exclusively for tourists attending the Tablighi Jamaat.

A network of lawyers from around the country took shape over and above those directly affiliated with the Jamaat to help with these cases, in addition to many others who participated pro bono.

“The coordination team also involved embassy representatives and local social workers,” said Maulana Saeed Shaikh from Mumbai. Shaikh was responsible for cases in Maharashtra, and said he was shaken by the state of the people.

“We had put in all our energy, resources and best legal team – but one can’t imagine the plight of those stuck in a foreign land for this long,” he said. “I was particularly disturbed to know that the nine foreigners accused in Shahjahanpur had been in jail for close to 10 months. They were released only in January.”

Despite these long jail terms, most states didn’t manage to convict the detainees. For example, of the individuals in Delhi, over 920 opted for “plea bargains” – an agreement between the prosecution and the defence such that the accused person pleads guilty to receive a lesser punishment. The lawyers said they picked this option because they were desperate to return to their homelands. The remaining 36 were firm and wished to face trial come what may – and were all acquitted. It was a similar story in almost all states.

One lawyer in Delhi described the foreigners as “hostages”. “Look at the charges they were booked under. They were really not accused of committing some crime but were held hostages. And when you are held hostage, you don’t really get to choose,” the lawyer said. 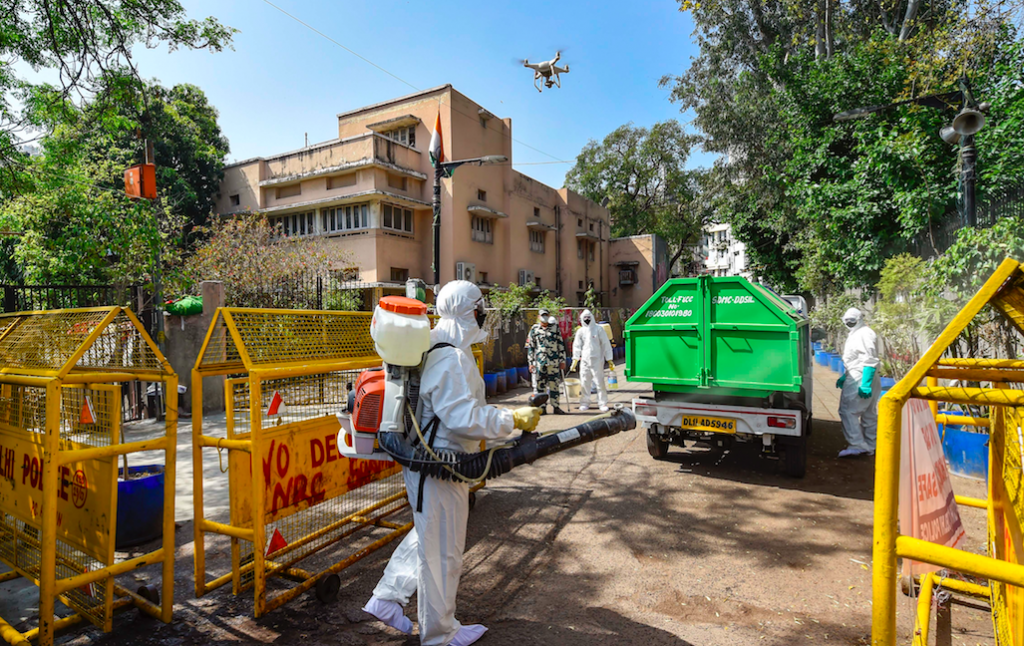 A different meeting this year

This year’s Jamaat meeting is different – partly because of the impact the state crackdown had on the visitors and of travel restrictions in different countries. “Many are yet to return,” Shaikh said. “where is the question of anyone [coming back] to the country?”

The last year has been surreal, Omair , a Thai national who came to India in the first week of March 2020, said. As the situation intensified in Delhi, Omair and 14 others travelled to Mumbra in suburban Thane district, Maharashtra.

“We were told it would be relatively safer here. We stayed in the mosque for a few days, but things changed,” Omair said. “From being foreign tourists, we were now the ‘super spreaders’.”

Omair and some others were first placed in a quarantine facility for close to a month, and then the Thane crime branch arrested them.

It was Omair and co.’s sixth visit to India – and “it might just be the last one. The stress that my family and I went through is inexplicable.”

Even those still stuck in India are avoiding the Jamaat this year. “There are serious apprehensions of a police crackdown,” one of last year’s Jamaat attendees said. “We aren’t willing to risk our lives again.” He, his brother and nephew had originally planned a month-long trip to India; it got stretched to a year.

In Delhi, the Nizamuddin Markaz, a mosque in South Delhi and the global headquarters of the Tablighi Jamaat network, has been locked since last March 2020. Almost all Indian states have lifted restrictions on visiting religious places – but the Markaz remains out of bounds. A part of it that housed thousands of pilgrims hasn’t been sealed but is in police control.

Most interstate visitors this year have been accommodated at alternative venues in and around Delhi. These spaces are smaller but Jamaat members are finding them good enough since only local visitors are attending this year.

Also Read: COVID, Communal Reporting and Centre’s Attempt to Use Independent Media as Alibi for Inaction

The experience was scarring but many of last year’s attendees said they don’t want to be bitter. In Delhi this year, at a makeshift centre at a masjid in Zakir Nagar, some 5 km from Nizamuddin Markaz, The Wire met a 60-year-old man from Bihar. A regular visitor who has experienced the event both in its full glory and as the fiasco last year, he said they are all here at the service of Allah and that they don’t want to be resentful: “All this is impermanent, then why complain?”

The Delhi Waqf Board has moved the Delhi high court to retake custody of the Nizamuddin Markaz. “As far as we know, the space was never sealed – but access is denied,” standing counsel Wajeeh Shafiq told The Wire. “During the namaaz hours, one or two persons are allowed into the space to offer prayers, and it is instantly locked. We have moved the court seeking custody of the place.”

In the writ petition filed before the court, the Waqf board has said “the local police have put locks on the entire premises ostensibly for the purpose of its sanitisation and the said premises are lying locked since then, i.e. almost a year.”

“Assuming that the said premise has got anything to do with the aforesaid FIR, then instead of keeping the said Waqf property under lock for an indefinite period, it would be better that a scaled map or digital sketch of its interiors are prepared in the presence of witnesses, videography and photography is done and the property be reopened.”

The Delhi police had to submit its response last week. It hasn’t yet.