Like the Christian liberation theologists, for Swamiji, to be a true Arya Samaji meant to be a rationalist and to work for the poorest. 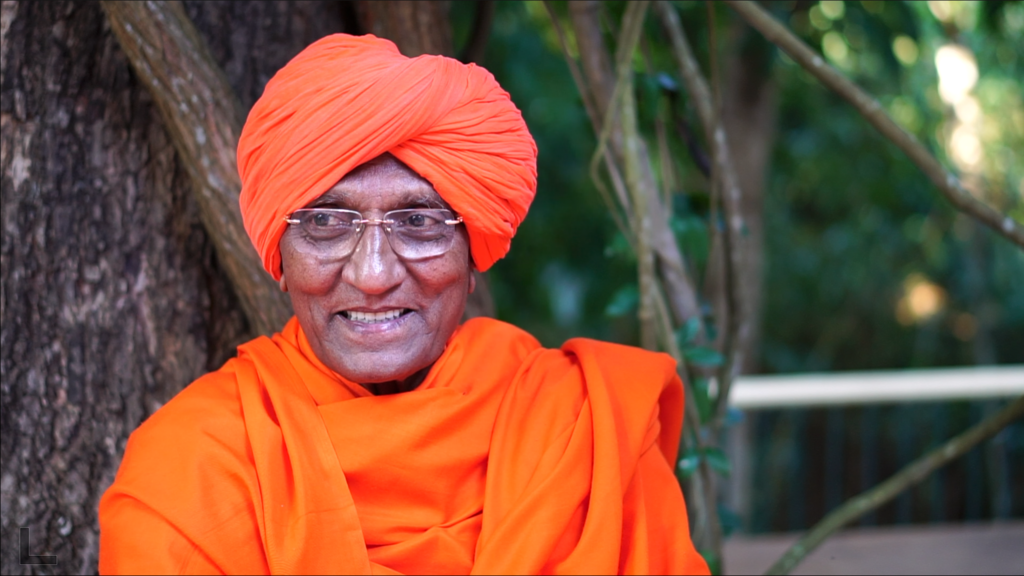 Swami Agnivesh’s office – at the back of the old united Janata Dal office – was an open house. Centrally located, accessible to people who came to protest at Jantar Mantar, the office consisted in the main of a large table. Whenever I would drop in to consult Swami Agnivesh on some issue related to our case against Salwa Judum, there would be different people sitting with him.

But the wide circle of Swamiji’s acquaintances only fully struck me when I attended his 80th birthday celebrations organised by the Arya Samaj at Pyare Lal Bhavan almost a year to this day. The hall was overflowing with people. On the stage sat other swamis, while in the audience were women who had been part of the Beti Bachao Andolan encouraged by Swami Agnivesh, people who had accompanied him on a long march to Deorala to protest after the sati there, people who had benefitted from the Bandhua Mukti Morcha that he set up.

I knew, of course, of the Bandhua Mukti Morcha vs Union of India (1983) case directed at bonded labour in the brick kilns of Harayana and its subsequent iterations (for example, a 1997 case against the use of child labour in UP’s carpet industry) as landmarks in the PIL field, but had no idea of all the things he had been involved in.

Moreover, what was surprising for me is that I knew almost no one there, suggesting that he lived in two almost radically different universes – the first, a world where his faith was of immense importance to him and provided the energy that helped him to fight against obscurantism in Hindu society. The second was the world of ‘secular activists’ where again, he took up a variety of causes –ranging from support for the Narmada Bachao Andolan to peace talks with the Maoists to support for the Anna Hazare led anti-corruption movement. 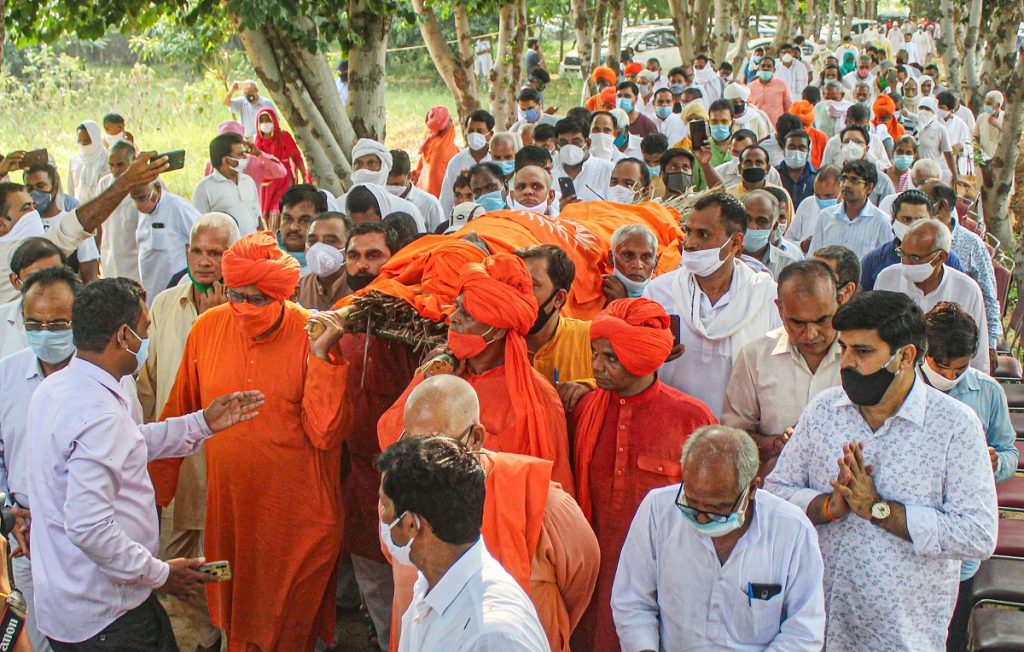 Like the Christian liberation theologists, for Swamiji, to be a true Arya Samaji meant to be a rationalist, to reform society and to work for the poorest; as with liberation theologists, his parent organisation was not in consonance with his radical views. He tried occasionally to get me interested in reading his books on spirituality, and multi-faith dialogue, but alas my interests are decidedly more materialist.

A year previously, in 2018, I had been part of another event with Swamiji, organised by a left women’s group in Hyderabad. There was a play about vigilante attacks on Muslims and Dalits for eating beef, whereupon an actor playing Swami Agnivesh came on stage and delivered a rationalist sermon. When I asked the real Swami Agnivesh, who was sitting in the audience watching a play about himself, what he thought of his character, he replied smiling: “He was better than the original.”

The many attacks on Swamiji

Swamiji’s attendance at this seminar was itself a feat of stamina, as earlier that year, he had been brutally attacked in Jharkhand by a mob of the Bharatiya Jan Yuva Morcha (BJYM) leading to damage to his liver; and eventually resulting in his death. For the first time, visiting him soon after the incident, I saw him confessing to weakness and pain. Even then, he had plans to organise youth nationwide into an anti-communal brigade.

However, this was not the first time Swami Agnivesh had been attacked under a BJP government by its supporters. In fact, my close acquaintance with him stems from 2011, when he was attacked by a Salwa Judum mob in Dornapal while on his way to deliver relief to the villages of Tadmetla, Morpalli and Timapuram which had been burnt by the police and SPOs. The mob was instigated by then superintendent of police (Dantewada), S.R.P. Kalluri. Swamiji readily agreed to file an affidavit on what happened in our ongoing case in the Supreme Court and this had considerable impact on the judgment by Justices B. Sudershan Reddy and S.S. Nijjar that came later that year, banning Salwa Judum.

In subsequent hearings also, Ashok Desai, the senior advocate arguing the case would ask Swami Agnivesh to come to court and he would always oblige if he was available. Going to the Supreme Court with Swamiji was an experience. While sitting outside the courtroom waiting for our turn, people would come and ask for his blessings. 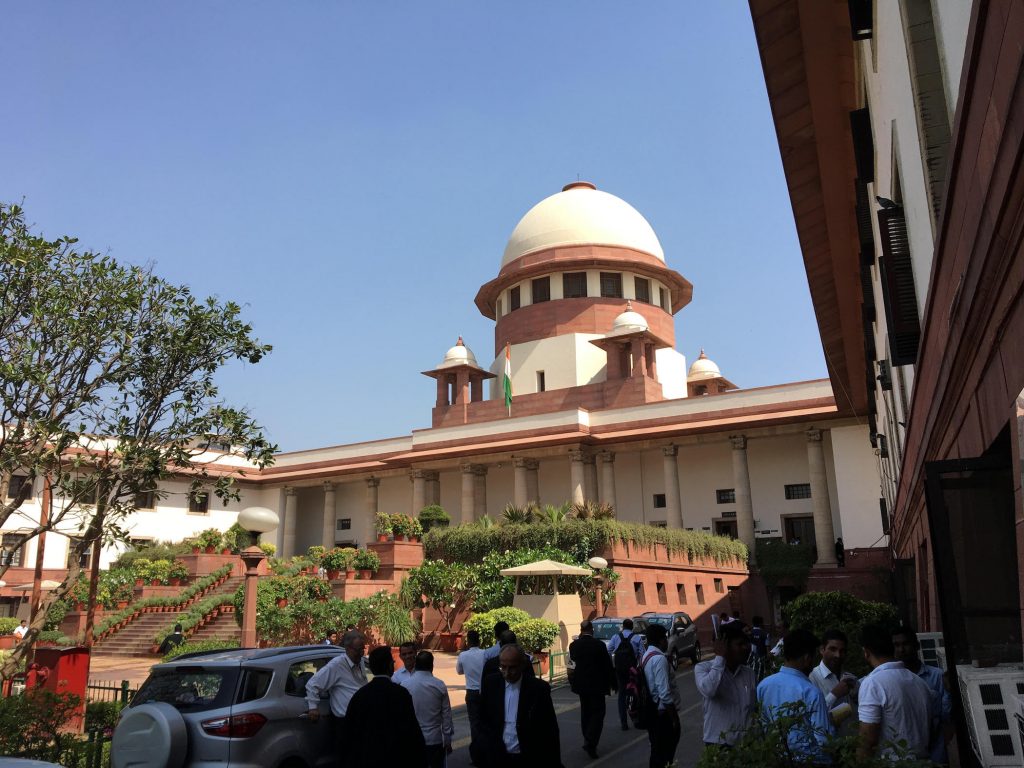 It is worth reproducing extracts from the 2011 affidavit because it reveals how Swami Agnivesh was betrayed by Raman Singh, then chief minister of Chhattisgarh. Earlier that year in February 2011, Swami Agnivesh had got the Maoists to release policemen in Narayanpur, and he expected that Raman Singh would enable him to continue with his humanitarian efforts in this case too. Swami Agnivesh was accompanied by two Art of Living representatives.

“When we reached Dornapal, a motley crowd of 100-150 people led by some non-tribal looking, well built men, shouting filthy abuses in chaste Hindi, pulled all three of us out of the car. The driver was also threatened and the car tyres deflated. We had to face untold humiliation and unspeakable manhandling and pushing etc. This continued for nearly forty minutes or more. We wanted to hear them if they had any grievance but they were shouting: “where were you when 76 jawans were killed and when the Maoists perpetrate their acts of violence.” To which I tried my level best to tell them that it was I who last year led a peace and justice march from Raipur to Dantewada, 5-10 May 2010, denouncing Maoist violence. We had paid flowing tributes to the soldiers who had been killed. But they were not in any mood to listen and kept shouting at us and pushing us. They pushed some women, who they said were widows, in front and forced them to fall upon us. In the process of one of the women being pushed at me, my turban was pulled off. The Art of Living Foundation people had a car load of clothes and other materials to be distributed to the victims of the burnt villages but the whole consignment was taken over by this crowd. Luckily our driver managed to pump air into the tyres. As we sat in the car to retreat, eggs were thrown on our car. The journalists accompanying us were also manhandled and badly treated and shouted at. The SDOP, Mr. Tarkeswar Patel tried to give us some protection but he was also pushed aside.”

Undaunted, the next day Swamiji proceeded again, this time on the explicit assurance of Raman Singh.

“When we reached close to Dornapal naka we saw trucks and long route buses stranded and a huge menacing crowd assembled there.  We immediately contacted ASP Marawi and told him to retreat because we sensed trouble to which he said, no, everything will be fine. In his over-confidence, he got down from his vehicle and approached the crowd to negotiate safe passage. But instead he too was pushed down by the slogan shouting marauding mob who then swooped on us from all sides and surrounded our car with sticks. This time the ASP had provided us with his personal vehicle, a brand new Scorpio. The crowd wanted to pull us out and lynch us, failing which they were also determined to set the vehicle on fire. They started pelting the car with huge rocks weighing around 1 kg, on all sides, and all the window panes shattered to pieces. The rocks started hitting us. The driver was also pulled out and beaten. One big rock hit me on the back of my head, and I was saved only because of my turban. Rishi Milind was saved because he took the blow on his right elbow, which was injured, but it saved him from brain injury on his right side. All this happened between 4.45 and 5.00 pm. The 15-20 security men who had accompanied us (not 100-150 as promised by the Chief Minister) stood by silently. There is a CRPF camp right there and they also did nothing. The journalists with us were also being attacked. Then the driver got into the vehicle again and pulled us out of that murderous attack. With great difficulty he manoeuvred the car around and drove back. The Salwa Judum/SPOs chased us for around 15 km on the road back.” 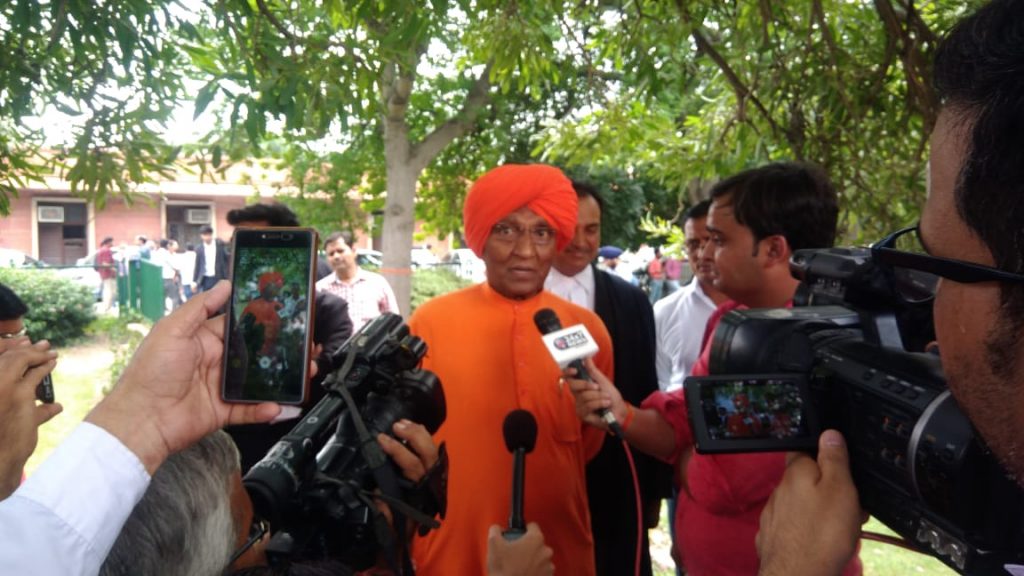 A lesser man than Swami Agnivesh – who was 72 at this time – would have gone quiet after such a violent attack. Instead, he continued to struggle for peace in Chhattisgarh and for justice for the villagers of Tadmetla. In 2011, the Supreme Court ordered the CBI to conduct an enquiry into the attack on the villages and on Swami Agnivesh. Till date, that enquiry is incomplete and although the CBI charged some men with the attack on Swamiji, nothing happened beyond that initial weak chargesheet and nobody has been punished. Reading former CBI director Nageswar Rao’s distasteful tweets on Swami Agnivesh, it is little surprise that the CBI submissions in court were so weak despite the detailed evidence their officers on the ground collected.

As mentioned in his affidavit in 2010, Swami Agnivesh had been involved in a peace march to Dantewada and also in attempting to broker peace talks between the government and Maoists. Top Maoist Azad was carrying a letter to his comrades from the home minister through Swami Agnivesh when he was killed in an ‘encounter’. Swami Agnivesh continued to blame himself for the killing, feeling he was used as a pawn by the government. In 2014, he travelled to Andhra Pradesh to depose in the case.

Whenever Swamiji called me, he would start by saying, ‘Namaste professor Nandini Sundar’, and end with ‘Jai Ho’. Jai Ho, Swamiji – you will always be an inspiration, wherever you are.