Eviction of Tribals: Forced Displacement and Its Links With Poor Health

Forced displacement has been shown to increase vulnerability to exploitation, pushing communities to poverty and ill health. 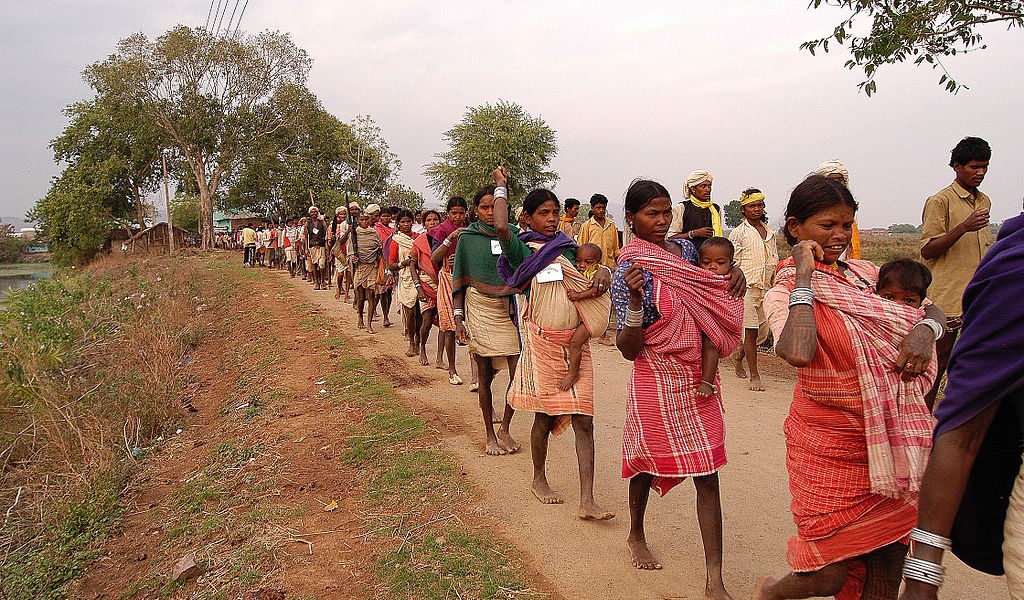 The Supreme Court’s February 13 order directing state governments to evict an estimated one million members of Adivasi and other forest communities is a grave travesty of justice.

Not only is this order an extremely serious threat to the autonomy, liberty and dignity of all those who are impacted, but it also tramples their rights to life and health. The order has effectively pushed over a million Adivasis and members of other forest-dwelling communities – amongst the most vulnerable in the country – to debility and malaise.

A study published recently by Sama Resource Group for Women and Health (2018), titled ‘From the Margins to the Centre‘ focuses on the health inequities among the tribal communities in selected districts of Chhattisgarh, Jharkhand and Odisha’. It was supported by the National Human Rights Commission (NHRC) and emphatically highlights the link between the poor health status of tribal communities and their marginalised location in the socio-economic and political contexts.

Land alienation, loss of access and control over forests, enforced displacement due to development projects and lack of proper rehabilitation, and indebtedness have been some of the key reasons for the marginalisation of Adivasis.

The impact of displacement and denial of access to forests have impacted lives and health, especially of the particularly vulnerable tribal groups (PVTGs). These communities have lived in forests and are traditionally dependent on forest resources for their subsistence, as identified by the Government of India itself. Ironically, they are now being persecuted by the same government and legal institutions, entrusted to protect their rights and entitlements.

Moreover, the steadily increasing demand for minerals and land for industries or ‘development’ projects over the years has complicated this further. Chhattisgarh, Jharkhand and Odisha, for example, account for 70% of India’s coal reserves, 80% of its high-grade iron ore, 60% of its bauxite and almost 100% of its chromite reserves.

Therefore, it is unsurprising that large-scale industrial projects, extraction of mineral resources, the construction of dams and power projects are prevalent. According to another study (2011), around 50 million people have been displaced in India due to ‘development’ projects in over 50 years. Of these, dams, mines, industrial development and others account for the displacement of over 21 million ‘development’ induced Internally Displaced Persons [IDPs]. Of these, the Adivasi communities, constituting about 40%, are the worst affected.

The systematic and relentless displacement of Adivasis and forest communities from their lands, forests and homes is thus constructed and enforced. In 2009, around 245 Baiga families in Chhattisgarh were evicted from the Achanakmar Tiger Reserve. The families were moved to an area where their traditional livelihood of collecting Sal leaves, Tendu and Bamboo was no longer viable. Further, the families did not receive pattas for farming, nor did they receive the full compensation owed to them under the Project Tiger Relocation Scheme.

Forced displacement of these communities has caused them to relocate to unfamiliar and hostile environments, away from their traditional habitats. The process of forced displacement has increased their vulnerability to exploitation, pushing them to poverty, chronic malnourishment, starvation and ill health, including serious psychological trauma.

In the absence of adequate access to the forests, Adivasi and other communities are deprived of their food security and diversity, livelihoods’ security, which inevitably results in poor health outcomes. The poor access to medical care, the impact of extraction and other industries affecting the environment, further exacerbates the poor health conditions. Not only does it impact their livelihoods, health, but also widens the existing gap of health inequities among Adivasi communities. 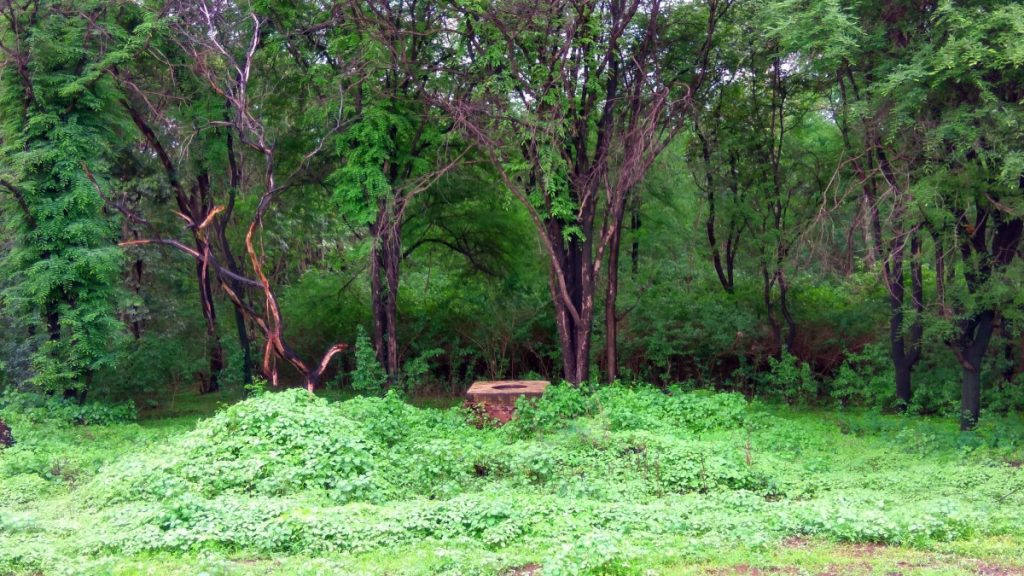 On February 20, the Supreme Court ordered time-bound eviction of all those families whose claims under the Forest Rights Act had been rejected by the authorities. Credit: Wikimedia Commons

Impact of forced displacement on women

The severe impact of forced or involuntary displacement on women from these marginalised communities is also well documented. Studies on women’s experiences of such displacements in India have shown that their ordeals include  vulnerability to violence and early marriage. Women from rural and Adivasi communities are often dependent on kin relationships and community networks, which form the primary avenues of their access to scarce resources. These include access to information, assistance during health problems or sickness, child care, economic assistance along with several other social support systems. Given this, the hardships of displacement exacerbate the gendered burden of morbidities and mortality on the Adivasi women.

Ousting Adivasis from their lands, their lives and thwarting their deep relationship with the forests and other natural resources is nothing short of catastrophic. In Sunabeda in Nuapada district of Odisha, during our interviews, concerns about the proposed tiger reserve as part of the Sunabeda Wildlife Sanctuary, were expressed by the local people.

The sanctuary area harbours a great diversity of wildlife habitats, with a vast plateau, canyons and many waterfalls. There are about 64 villages; with a human population of 20,000 in the area and a majority of the population comprises Gond, Bhunjia Adivasis and the Paharia community. The villagers depend crucially on forest produce as their land holdings have poor yield and the major source of livelihood is collection and selling of Non-Timber Forest Products (NTFPs).

Also Read: How the FRA Is Being Cut Down to Size, and Tribals With It

Collection and sale of NTFP provides the communities sustenance for five-six months in a year. Based on the recommendations of the steering committee on the upgradation of Sunabeda wildlife sanctuary into a tiger reserve, the wildlife wing of the forest department has decided not to evict hamlets from the core area of the proposed Sunabeda Tiger Reserve, instead decided to cordon off the hamlets from the core area with strict restriction on the collection of NTFP.

However, these restrictions by the sanctuary authorities has led to a lot of hardship for the inhabitants/ They now they have to grapple with scarce livelihood resources and constant anxiety of conflicts with forest officials. They were unanimous about their dependence and respect for the forest and categorically rejected the allegations of theft against them and that Adivasis were responsible for the destruction of the forests.

The shrinking of livelihoods of Adivasi communities is clearly reflected in their diminishing capacity to bear the financial burden of seeking healthcare. With the lack of any functional health facility for primary healthcare in Sunabeda, for instance, and almost no government transport facility available in the area, accessing a functioning health care facility is a serious challenge.

High out-of-pocket expenses create inevitable cycles of indebtedness and impoverishment. This impacts food consumption, healthcare, and other dimensions of the lives of women, children and families from these communities. Instances of mortgaging ration cards to local credit or for securing money to meet the expenses towards seeking healthcare emerged from the narratives of the communities.

Arti Jani’s (name changed) narrative is one of several thousands that resonates the deprivation resulting from forced displacement. Jani, a 40-year-old Adivasi woman from the Dal community living in Komna block, Nuapada district of Odisha narrated her experience of losing her meagre landholding to an ongoing water resource development project in their area. An amount of one lakh rupees was paid as compensation for the land; this was spent entirely on the treatment for a chronic septic wound on herr foot.

Unable to earn a daily wage due to her prolonged health issues, she faced the prospect of being abandoned by her husband. She was in a state of hunger, struggling to provide two meals a day, along with the constant issues arising from her untreated health condition. Her land was her source of food and livelihood, thereby a critical factor that determined her health.

The Adivasi community lags behind the national average on several vital public health indicators. Women and children are the most vulnerable. Several studies on maternal health show chronic malnutrition, higher levels of morbidity and mortality, and lower provision of antenatal and postnatal services among Adivasis, particularly among the PVTGs.

Under-five mortality rates among rural Adivasi children remain startlingly high. According to NFHS-4, the health indicators specific to scheduled castes (STs) in each of the study states indicate that more than 50% of the women are anaemic; 55.9% of the Adivasi women from Chhattisgarh, 75% from Jharkhand and and 63.3% of those from Odisha respectively are anaemic. 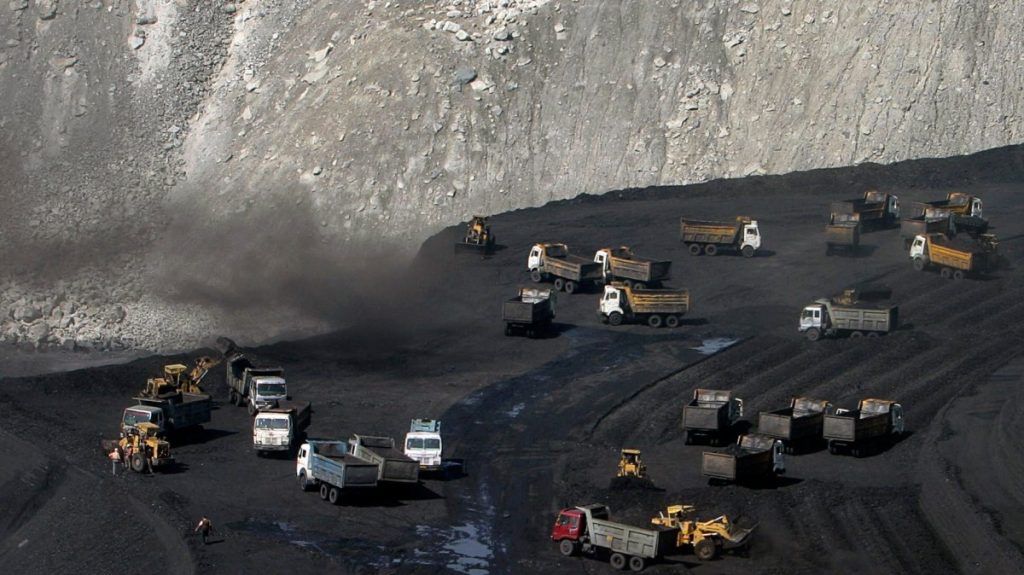 Both, Jharkhand and Odisha reflect very poor indicators with regard to the nutritional status of children from tribal communities, with Chhattisgarh only marginally better. More than 40% of ST children aged between six and 59 months have some degree of anaemia (haemoglobin levels below 11.0 g/dl), which in the case of Jharkhand is as high as 78%.

On the one hand, the concern to save forests and wildlife drives the government to restrict more and more forest areas from human intervention. While on the other, massive areas of forest lands are being diverted every year to mining, dams, industries, roads or other such ‘developmental activities’.

Also Read: The Supreme Court Sends Forest Rights Back to a Dark Past

Apart from displacement, the mega-development projects and the growing industry have also “forced (them) into the ever-expanding, low paid, insecure, transient and destitute labour market”, to make ends meet in a society dominated by market and capital. In the absence of natural resources and traditional systems of subsistence, tribal communities end up facing the brunt of the growing global markets. This leads to the loss of homes, cultures and livelihoods, and pushes the communities further into situations of poverty and poor health.

The recent ordered eviction by the Supreme Court is foremost an infringement of the right to life of an already vulnerable people. Protection of forests and natural habitats is necessary, but from the forces that are the real ‘encroachers’ – through unhindered exploitation of these resources and the people who live in close proximity to them.

“Uphold FRA 2006, We Adivasis will not be evicted. We are the forests, We shall not be moved” – read a recent poster. We hope that the Supreme Court and others take cognisance of this inseparable relationship and the implications of the recent order for millions of people who already live extremely precarious lives.

Sarojini Nadimpally, Deepa Venkatachalam and Adsa Fatima work on public health and gender issues and were a part of the NHRC commissioned study.