Insisting on deportation when this is not possible in the absence of a state willing to accept the deportees is clearly a dead end. 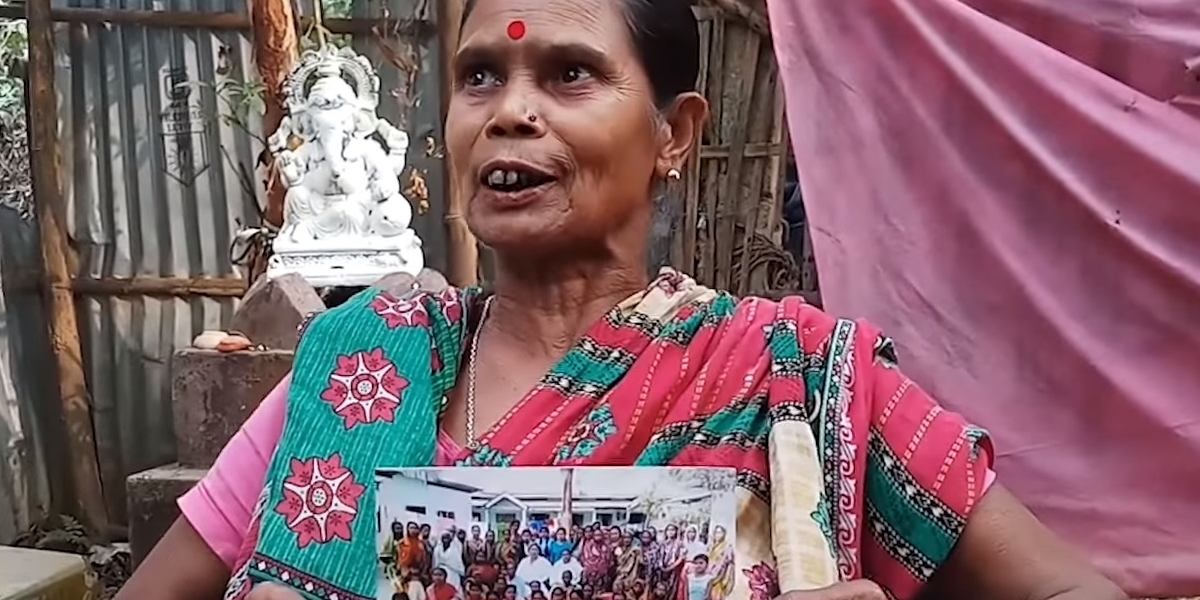 Bina Rani Saha was detained for two years. Her family members are Indian citizens, but she was declared a foreigner. Credit: The Wire

New Delhi: In a stand that has rightly been criticised for ignoring constitutional and humanitarian considerations, the Supreme Court last week rebuked the Assam and Central governments for failing to deport individuals who have been declared ‘foreigners’ by citizenship tribunals operating in the state.

But beyond the obvious questions of law and morality, the court’s testy observations are a reminder of the dead end which two decades of policy driven by expediency and rhetoric rather than practicality have taken the Central and state governments.

More than 900 ‘declared foreigners’ have been lodged in detention centres across the state, many of them for years. In the absence of a country willing to take them, the foreigners cannot be deported. It was in response to a PIL questioning their indefinite incarceration – under pathetic conditions – that the Assam government had told the court it was considering their conditional and “monitored” release. The PIL has been filed by rights activist Harsh Mander.

Responding to Assam chief secretary Alok Kumar’s proposal – and the fact that only four persons have been deported out of the one lakh declared foreigners by tribunals so far – the bench headed by Chief Justice Ranjan Gogoi said: “You (state government) have failed to catch illegal migrants in the state as more than one lakh foreigners are living in the state but the government has managed to detain only over 900 of them… These foreigners have mixed with the local population and they might have voted in the Lok Sabha elections.”

In 2005, the court reprimanded the Centre for “failing to do its duty”and asked it  to initiate a dialogue with Bangladesh to deport undocumented immigrants who entered Assam after March 24, 1971 – the cut-off date agreed in the Assam Accord of 1985.

In 2014, the SC also asked the Assam government to increase the number of tribunals from 36 to 100 to speed up identification of more than three lakh cases of suspected foreigners (doubtful or D-voters) in the state. The government did so over the course of time. But in the absence of any agreement with Dhaka, there is no clarity on where those declared foreigners are to go.

The Assam government’s suggestion to consider the conditional release of foreigners in detention centres came in response to court’s April 9 order to propose measures to avoid endless incarceration of the detainees “after a full and complete discussion with the concerned authorities.” On April 25, the state suggested that it would set up a five-member committee led by the additional chief secretary to consider petitions of conditional release of foreigners detained for more than five years.

“The committee shall recommend conditional release on the basis of the length of detention, conduct of the detenues, existence of criminal proceedings,” the affidavit said, adding that priority would be given to the elderly, the infirm, women and children up to age 14. The detenues will have to furnish two Indian sureties and a bond of Rs 1 lakh each as one of the conditions for release. They will have to provide biometric data and regularly report to the local police station. 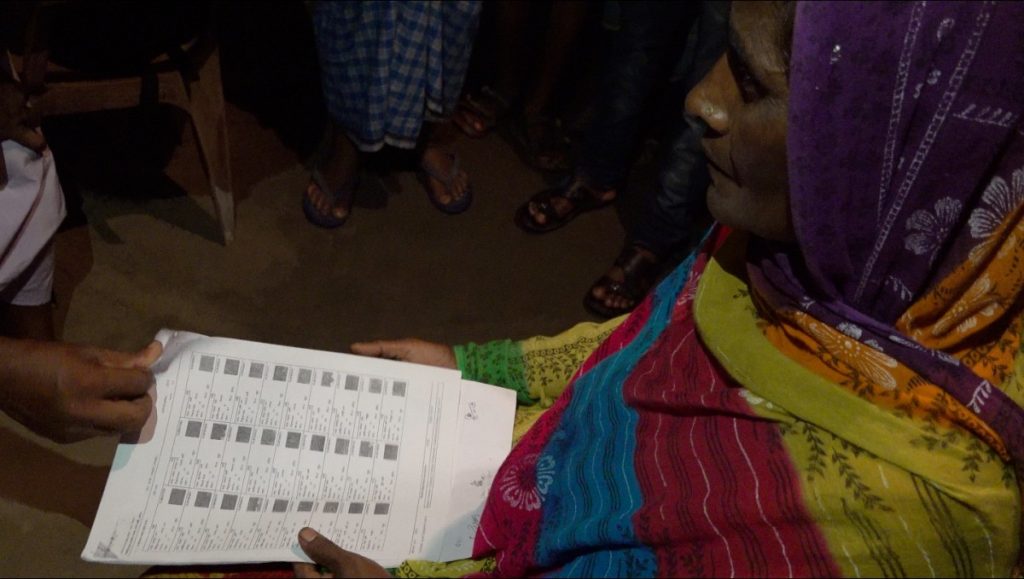 Amiran Bibi of Assam shows documents to prove Indian citizenship of her husband, who is in the Goalpara detention centre for being a ‘foreigner’ while his siblings are Indian citizens. Credit: File/PTI

The Narendra Modi government, through that affidavit by the BJP-led state government, has tacitly admitted that it doesn’t intend to pursue the issue of deportation with the Bangladesh government.

This is in marked contrast to the BJP’s poll season rhetoric on foreigners in Assam. The party has whipped up the ‘ghuspetia’ (infiltrator) bogey, projecting all those left out of the final draft of the National Register of Citizens as only Muslims and all as ‘illegal immigrants’. This tactic may come in handy for the party as it is counting on religious polarisation to help drive votes in its favour.

Also Read: The Death of Amrit Das and the Search for Foreigners in Assam

When it comes to making hard calculations on foreign policy, however, the Modi government knows the Sheikh Hasina government is the most ‘India-friendly’ one Bangladesh has seen in years. New Delhui knows that raising the issue of mass deportations would give a handle to the right wing Islamist forces increasingly gaining ground in that country and undermine the Awami League leader.

In 2014, Modi took on the Congress for not being able to “throw out illegal Bangladeshis” and promised to do so if elected. But his position changed once he came to power. In October 2018, H.T. Imam, the political advisor to Hasina, said, “Indian Prime Minister Narendra Modi personally assured our premier that those who are excluded from the list under the NRC exercise will not be sent to Bangladesh.”

Just three days before the Assam chief secretary’s submission to the Supreme Court, BJP strategist for the Northeast Himanta Biswa Sarma hinted as much while speaking to India Today TV. “People have realised that sending them back (to Bangladesh) is difficult,” he said.

Assam is home to several small ethnic communities, some numbering just a few thousands. Successive waves of migration through the virtually open border with Bangladesh have incensed the state’s indigenous communities. Clause 6 of the Assam Accord speaks of providing constitutional protection to “Assamese people”. The government is yet to define ‘Assamese people”.

In the run-up to the 2019 Lok Sabha polls, the Modi government did name a ‘high-level committee’ to look into that clause of the Accord. However, all the members recused themselves even before the committee met, aggrieved by the government’s decision to give Indian citizenship to undocumented Hindu Bangladeshis residing in the state.

In his India Today TV interview, Sarma said, “We are trying to see if detection can be done; their (undocumented immigrants’) names can be deleted from the voters’ list and then you go on negotiating with the government of Bangladesh. What we are asking for is that those whose names would not be in the NRC, they should be given a non-citizen status; health and education should be given, whatever human rights he/she is entitled to, but don’t give right to land, don’t give voting right.” On asked about a time limit for negotiations with Bangladesh, he said, “It will take years.”

The senior BJP leader’s statement needs to be read with the BJP’s poll promise to revive the Citizenship Amendment Bill granting citizenship to undocumented Hindu Bangladeshis who entered India before December 2014. Thus, it is clear that if the BJP government returns to power, only the Muslims left out of the NRC will be stripped of their citizenship.

Observers in Assam were appalled by the casual manner in which Sarma referred to all Muslims of Bengali origin by saying, “some came in the ’30s, ’40s, some came in the 90s”. He seemed to ignore the fact that those who came before March 1971 are Indian citizens by law. Sarma’s remark is one more indication of the BJP’s intention to play out a communal campaign by using the outcome of a court-monitored process. 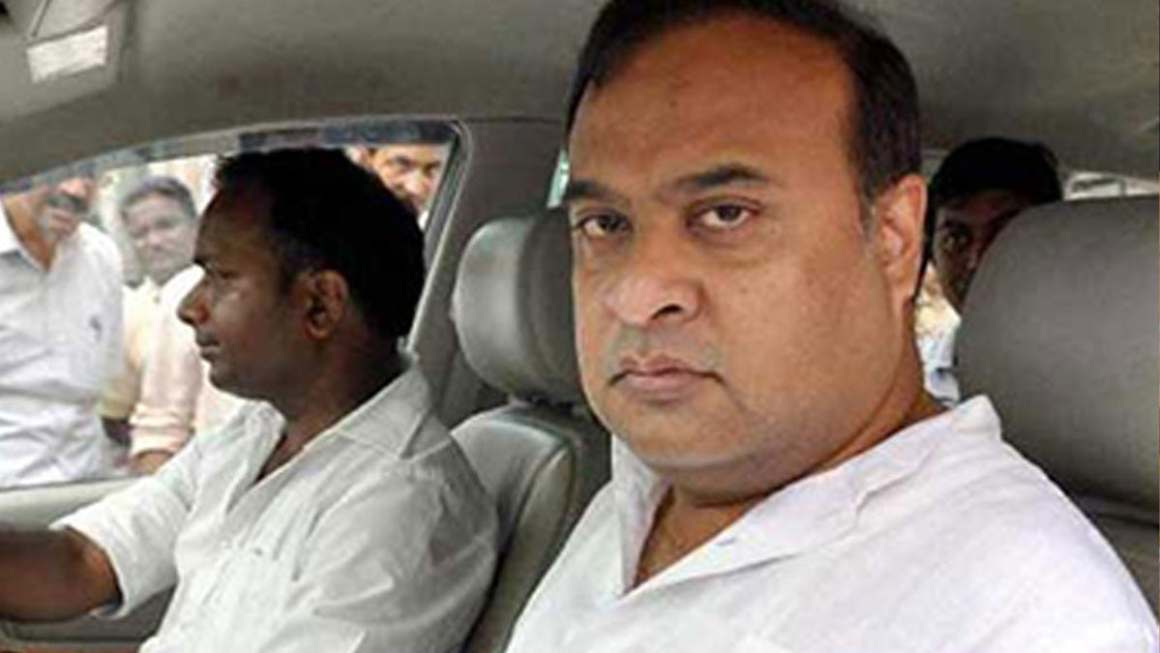 Mander’s PIL has acquired added salience on account of  widespread allegations that the state administration did not follow due process before forwarding cases to the tribunals and that several judgments are ex parte. Most ‘foreigners’ get to know about the judgments only after a midnight knock on their door by the border police to take them to the detention centres. The Supreme Court itself has given relief in the form of bail to several such persons till now.

Moreover, most declared foreigners have siblings and parents who are Indian. Proof of this is the fact that every day, a large number of people throng the ‘foreigners’ detention centres to meet the inmates there. In 2018, the body of Jabbar Ali, housed in the Tezpur detention centre, was not sent to Bangladesh, but handed over to his Indian family. Earlier this month, the body of Amrit Das, a declared foreigner held in the Goalpara detention centre, was also handed over to his Indian family. Often, it is due to the lack of appropriate documents that many are detained. That the poor in this country lack documents is true not just of Assam alone. They also do not have the financial resources to challenge tribunal orders in the higher courts.

Several poor people, after receiving a tribunal notice, have committed suicide. Several have lost hope of leaving the detention centres which, their families say, has affected their mental state. In January, some inmates conducted a hunger strike demanding parole. A first person account of life inside the detention centres and the struggle of their families to get them released was recorded by The Wire in December 2017.

Though they regard the proposed conditions as onerous, rights activists believe the Assam government’s suggestion of conditional release can provide succour to the detenus. One wonders, however, how many will actually be able to raise the required sum of Rs 1 lakh for conditional release.

The Guwahati office of the Bangladesh high commission has been visiting Assam jails to determine who among the foreigners are their citizens. In January, 21 of the 54 Bangladeshis lodged in various jails were deported after completion of their term. The Assam government’s declaration that just four foreigners were deported, therefore, doesn’t include this lot.

So far, the Supreme Court has not taken take into consideration the existence of two sets of ‘foreigners’ in Assam’s jails – the fist set has a country to return to, the other doesn’t.

If the court considers the Assam government’s suggestion of conditional release to be a violation of the Foreigners Act, it is also bound, as Gautam Bhatia has argued, to uphold Article 21 of the constitution. The constitution does not differentiate between an Indian citizen and a ‘foreigner’ when it comes to protecting the right to life and dignity. Insisting on deportation when this is not possible in the absence of a state willing to accept the deportees is clearly a dead end.

The Assamese people have for long demanded that their rights be protected in their homeland. Successive ruling parties have played up this issue to gain political points but failed to find a practical solution. Locking people up indefinitely in detention centres under abject conditions is hardly the answer.