Why the State Fears My Friend, Sudha Bharadwaj

They cannot fight her in court, so they are calling her a Maoist. They don’t have any real evidence against her, so they are converting the process itself into punishment.

It is very painful for me to read about her declining health and the several serious ailments she has been suffering from during her imprisonment – heart disease, arthritis, hypertension, diabetes, depression. Even after two years, she has been denied bail and is being held without a trial.

I suddenly realised why it was so important for the state to cling onto this myth of Bharadwaj being a Maoist. That’s the only way they can lock away someone they fear even more – a democratic rights defender working within the purview of the law. Anyone who knows her, as I have for 35 years, knows that the charges are completely baseless. We have been close friends and, over the years, have been a part of the significant decisions in each other’s lives.

Sudha and I first met in 1984, and have remained friends since. It was an unlikely friendship. I was this chic Delhi University graduate who had joined JNU for an MA in Economics and would still party on Saturday nights with my Hindu college and Modern School friends.

Sudha was a sensitive and serious mathematics student from IIT Kanpur, with her captivating toothy smile and trademark earnestness. She had a remarkably grounded understanding of oppression and an endearing repertoire of protest music. While I was more inclined to discuss ideas of the European new radical left in all kinds of abstract ways, she was deeply grounded in the lives of the people she talked about. She dressed in kurtas and pants (never jeans!) or printed terrycot or polyester salwar kurtas, while I was a self-consciously big bindi, kohl-eyed ethnic-wearing sort. What a contrast we were in appearance and personality!

Our meeting was accidental. She was my favourite professor’s daughter, whose home had become a refuge for us starving hostellers who loved the food she gave us, smuggled and by invitation!

Also read: Sudha Bharadwaj’s Daughter on What It’s Like to Be Under House Arrest

That was a heady time. 1984 was a year when two watershed events took place that would go on to become turning points in our lives: the anti-Sikh riots in Delhi and the Bhopal gas tragedy. Sudha and I became close in our journey to understand the political economy of India’s development and the importance of fighting oppression through democratic movements.

In the late 1980s, we worked together with a group of nine or ten other students on a working-class newspaper called Baatcheet, which was entirely dependent on Sudha’s enormous energy and initiative. She was instrumental in helping me ground my abstract ideas, from the irrelevant hedonism of chai and cigarettes at campus dhabas to the more sobering reality of the lives of the working poor. She motivated us airy-fairy pseudo-intellectuals into communicating in a more relevant manner. We went together to Hoshangabad – I, for my MPhil fieldwork, and she to work on a rural education programme. We shared a house in Kishore Bharati for a year.

Thirty-five years ago, around 8 in the morning, Sudha would set out from her JNU house across the quadrangle for the library at Delhi University. I now live in the same quadrangle. She would drop by in my Godaveri hostel room. We would pick up some chai and come to the rocks (and many creepy crawlies) in the quadrangle where her mother lived, and talk for hours about oppression, politics, feminism, environmental movements, Adivasis, our loves and lives and so on. We knew our paths were going to be different, she has always been someone who goes to people, to live and work amongst them. But we have always treasured the many seasons of our friendship and respected each other’s work. 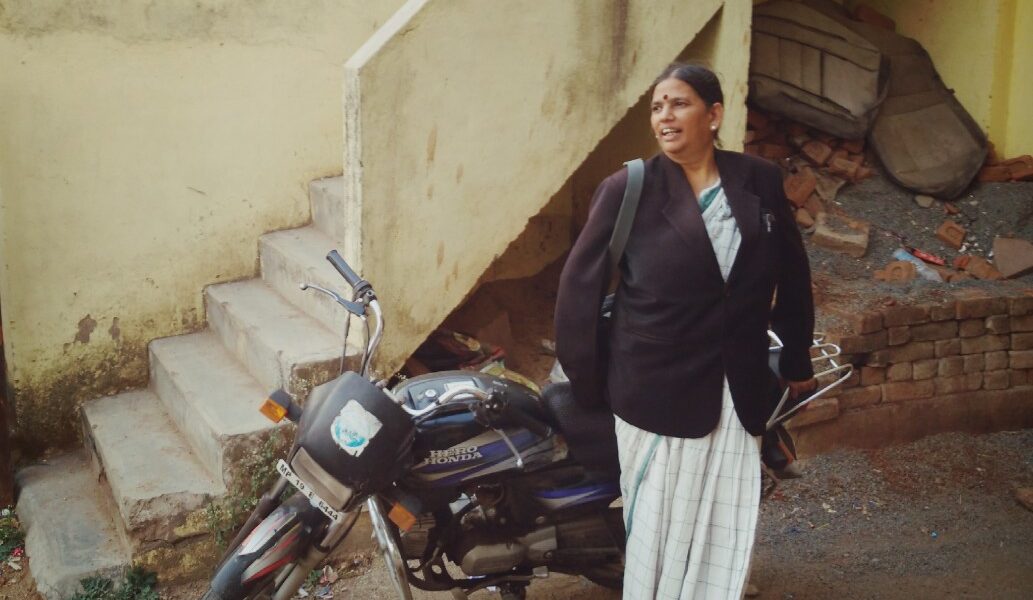 Her mother, professor Krishna Bharadwaj, shaped Sudha’s personality in a way that I think neither of them ever fully realised. Both of them were gentle, generous, warm and loved music, Konkani food and literature. They shared a deep humanitarian empathy and personified the principle of “high thinking simple living”. They had long discussions about Sudha’s future after her MA in Mathematics.

I was often the interjector, mediator, sounding board (for both!) and even referee when things got too frictional. Her mother never stopped her from pursuing her desire to go and live in Chhattisgarh, but she wanted Sudha to have a more secure career too. She was worried that Sudha was very straightforward and self-effacing, and not at all worldly-wise. When Sudha decided to give up her US citizenship, there was some consternation. Sudha joined Delhi University for an MPhil as this conversation with her mother continued.

She had a deep love and understanding for her mother, whose struggles and pain were well hidden behind an affable demeanour, bright eyes and a successful career. But she was a rock of support for Sudha, through thick and thin. Unfortunately, at a very young age (mid-fifties) professor Bharadwaj had a terminal brain disease. Sudha nursed her through it, postponing her plans for moving out by a few months. The loss of her mother was also the loss of a home for Sudha, and in your late twenties, that’s a really devastating experience.

Watch | There Is an Attempt to Silence Lawyers Who Defend the Marginalised: Sudha Bharadwaj

The late 1980s and early 1990s were a period of political confusion, with two broad trends: a range of organisations (precursors to the modern-day NGOs) replaced the apolitical state in service delivery in the areas of health, education, etc. and several movements that indulged in hollow sloganeering. Sudha was clear about wanting to work with a grassroots organisation and was very impressed with the Shankar Guha Niyogi-led Chhattisgarh Mukti Morch (CMM).

She was attracted to it because it straddled the two seemingly alternative paths to grassroots work: service delivery and political movement through its synergistic use of the strategy of sangharsh (struggle) aur nirman (build). It created alternatives in health, education and mining technology that were empowering for the people and reproducible for the state. This ideological commitment to sangharsh aur nirman has remained with Sudha for the last 35 years.

The other important attraction for her was CMM’s ability to work amongst Adivasis with a clear understanding of the intersectionality between class and ethnicity. It is for this reason that Sudha has focused on working-class, gender and resource rights of Adivasis while eschewing narrow identity politics. “Who is a Chhattisgarhi?” she would ask. “Everyone who toils in Chhattisgarh,” she would answer, interpreting the question of “moolvaasi versus pravaasi” through the lens of class. Well before PESAA and the forest rights acts were passed, Sudha was working on the question of resource rights of Adivasis, their symbiotic relationship with “jal jangal aur zameen” and the dispossession of Adivasis from their habitat, “a rich land of poor people”.

Her decision to pursue law and practice in Bilaspur was a direct outcome of her deep commitment to constitutional rights and democratic movements. For her, the struggle for constitutional rights involved defending what one had and pushing the boundaries for more relief to the working poor.

So she fought cases against the diversion of forest land for mining that violated due process while demanding the forest rights act; she fought against the contractualisation of the permanent workforce while defending the rights of small enterprises; she fought against the environmental and socio-economic devastation of open cast mining while searching for alternatives like semi-mechanised mining. Even a cursory look at her case list would demonstrate how she was at the heart of the challenges to resource grab and plunder, euphemistically called the “ease of doing business”. That’s why the state hates her, because she fought using the law and challenged them, because she provided a channel for the poor to challenge the state in court.

During her many visits to Delhi, she would often stay with us. She would quickly have a “head bath” after the 48 hour long gruelling journey in an unreserved compartment, open the fridge and make herself a bread butter and jam sandwich while I made tea and would settle down for a nice chat. She once arrived barefoot as her chappals were lost on the train!

Also read: First, They Came For the Lawyers…

My daughter Ragini absolutely loved Sudha masi’s visits. Sudha would read out stories to baby Ragini, watch old classics like The Sound of Music or Jaane Bhi Do Yaaron with her. Aunt and niece have a special bond, because Sudha always treated Ragini as an adult. And sided with her in the many conflicts mother and daughter had! As Ragini grew older, they shared the same love for books and literature and read Harry Potter and The Making of The English Working Class together. In fact, this little bundle of joy – her daughter Anu – was brought to our house by Sudha for the first time.

Sudha decided to move to Delhi as a Professor of Law at the National Law University in Delhi in 2017. This gave hundreds of students the wonderful opportunity to gain from her rich experience as a lawyer from the movement to defend human rights, workers’ rights and Adivasis’ rights.

This is when she was arrested under a state-sponsored a narrative which came in the guise of its exact opposite. A person like Sudha, who has always stood and defended the constitution and the law was projected as a Maoist. The point really is that since they cannot fight her in court, or through democratic means, they are calling her a Maoist.

And because they don’t have any real evidence against her that can stand up in a trial, they are converting the process itself into punishment and denying her bail despite her long incarceration and poor health.

Smita Gupta is a Delhi-based economist and activist.