Watch | What's Behind the Spate of Arrests Across the Country

The Wire's editors break it down. 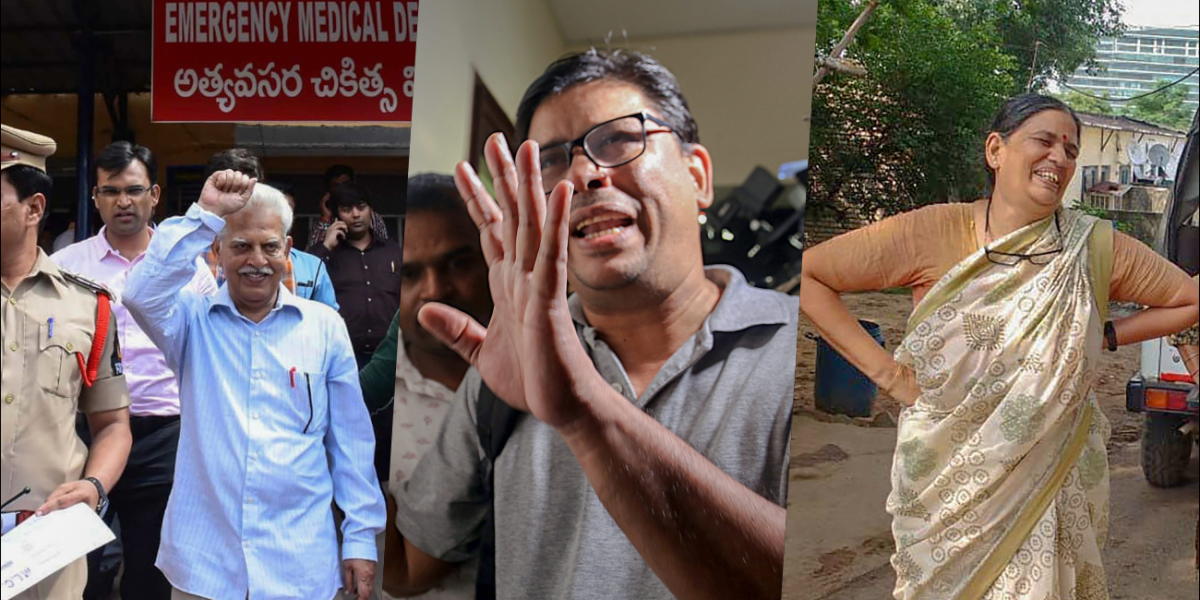 New Delhi: After the Pune police conducted a multitude of raids across India, at least five activists were arrested on August 28 on the suspicion of having Maoist links. Police teams arrested activist-poet Varavara Rao in Hyderabad, activists Vernon Gonzalves and Arun Ferreira in Mumbai, trade union activist Sudha Bharadwaj in Faridabad, and civil liberties activist Gautam Navalakha in Delhi.

In a Facebook Live, The Wire‘s Founding Editor, Siddharth Varadarajan, and deputy editor Ajoy Ashirwad Mahaprashasta discuss these arrests and what lies behind them.