The Unnao case is a symptom of the culture of impunity and lawlessness that exists in BJP-ruled Uttar Pradesh. 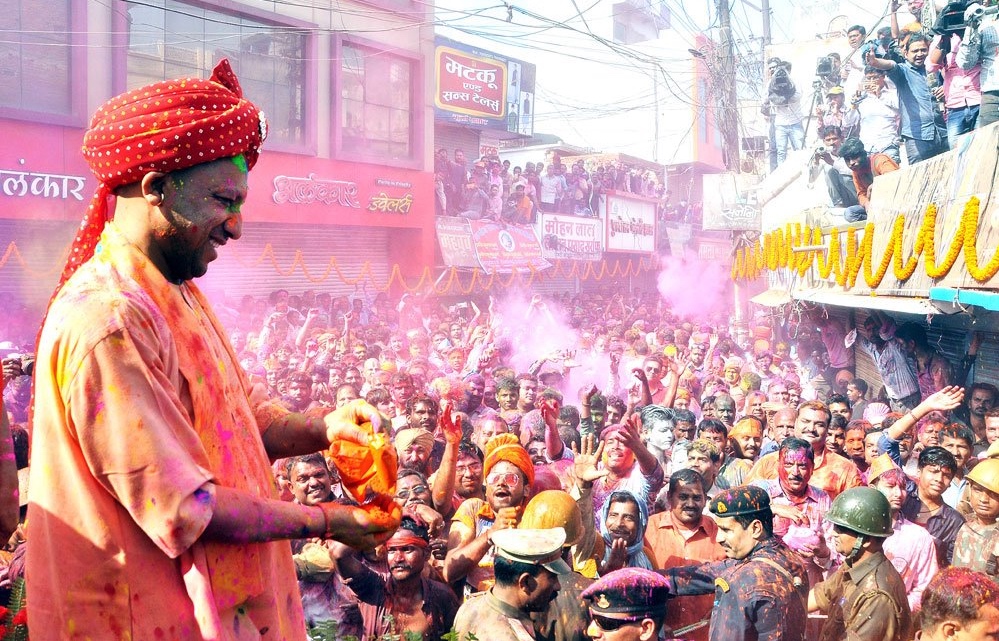 The Bharatiya Janta Party’s (BJP) electoral campaign in Uttar Pradesh (UP) before the state went to polls last year focussed heavily on the then ruling Samajwadi Party (SP) government’s ‘poor’ law and order record in the state. The party promised to form ‘Anti-Romeo Squads’ to ‘safeguard girls’. Pressing the point, on February 8, at a rally in Ghaziabad, Prime Minister Narendra Modi said, “goons have been sheltered that is why women feel unsafe in the state.”

The party won the polls by a handsome margin. A little over a year later, the BJP itself is now being questioned for sheltering its MLA who has been accused of raping a 17-year-old in Unnao. As The Wire has explained, the police and the state apparatus have gone to great lengths to shield Kuldeep Singh Sengar, the BJP MLA accused by the survivor.

Over the last one year that the BJP has been in power in UP, it has failed miserably to improve the law and order situation which, some might say, has worsened.

As if to provide evidence for its disdain of the law, on April 10, a day after the rape survivor’s father died in police custody and two days after the survivor tried to self-immolate outside the chief minister’s residence, the UP government decided to withdraw a rape and kidnapping case against another BJP leader, Swami Chinmayananda.

Over the last one year, the UP-government’s failure to live up to its promise of improving law and order in the state has been evident on many occasions.

One of Adityanath’s first executive decisions was to roll out ‘anti-Romeo’ squads to ‘protect the honour of women’. However, the operations of these squads had a distinct touch of moral policing as they ‘picked up boys for questioning’, harassed couples for ‘indecency in public’, and called up the parents of youngsters to apprise them of their children’s ‘activities’.

“A boy and a girl can never be friends,” a couple was told by the police in one of the reprimands that I witnessed in Meerut at that time.

The move received severe flak and the ‘anti-Romeo’ squads were quickly disbanded. Two weeks after their launch, amidst significant fanfare, these squads were told to ‘lie low’ without having dealt with the problem they were supposed to deal with. 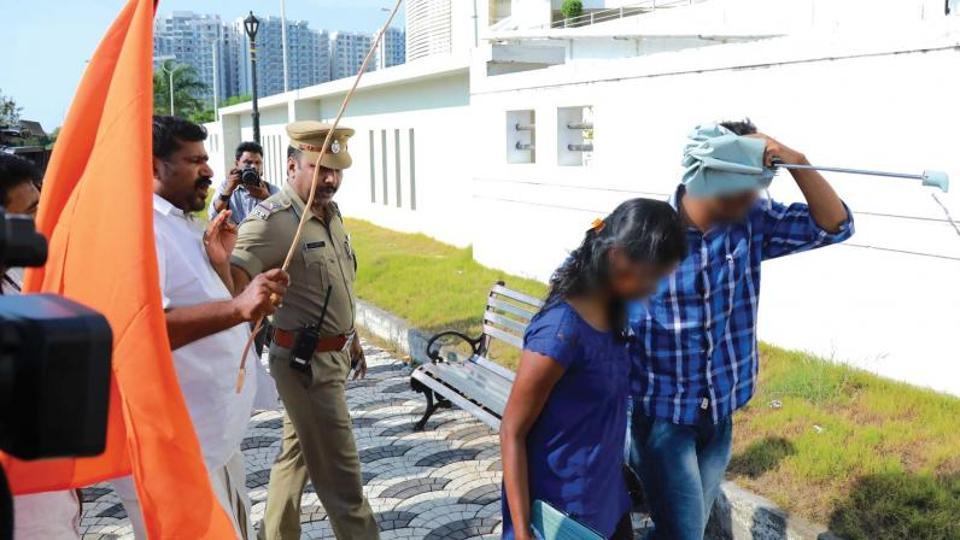 The ‘anti-Romeo squads were supposed to be BJP’s one-stop-solution to crime against women, but it is no surprise that crimes against women in UP have gone up under Adityanath. Representational pic credit: PTI

“The anti-Romeo squads were a gimmick for the cameras. Now that the media spotlight is away, the squads have also vanished. Eve-teasing and other crimes against women continue as they did earlier,” a woman studying in a college in Meerut told me in April 2017.

The woman’s observation was astute. Several ‘anti-Romeo raids’ that I witnessed in Meerut were tipped off by local reporters who would lead the police to spots, such as coaching centres, tea stalls and restaurants where couples were known to spend time. “Let’s go to that spot. A lot of couples will be there. We will get a good picture,” reporters would tell police officers, and would then follow the convoy.

The ‘anti-Romeo squad’ was a vague and bizarre policy of the BJP government to begin with. But, even the objective of protecting ‘the honour of women’ was not implemented by police officers on the ground.

Given that the curiously named campaign, lacking any real purpose, was the BJP’s one-stop-solution to crime against women, it is not a surprise that crimes against women in UP have gone up under the BJP. In a recent reply to a question raised by a Samajwadi Party (SP) MLA in the Vidhan Sabha, the Adityanath government revealed that there had been 3,704 incidents of reported rape in the state between April 2017 and January 2018. The corresponding figure under SP rule between April 2016 and January 2017 was 2,943.

Given the history of lawlessness in UP, the BJP government ought to have promoted a culture of abiding by the law if it was serious about fulfilling its objective of improving law and order. It did the opposite.

In May 2017, the Adityanath government denied the state Crime Investigation Department (CID) permission to prosecute Adityanath and four other BJP leaders in a case relating to the 2007 Gorakhpur riots. In a separate case, the government ordered the withdrawal of cases related to defying prohibitory orders against Adityanath.

The UP government has also been proactive in pursuing the attempted withdrawal of 140 cases —including those of murder and attempt to murder — relating to the Muzaffarnagar riots of 2013 in which 64 people were killed and nearly a lakh were left homeless.

Sensing an opportunity, BJP leaders involved in incidents of violence in Saharanpur in April 2017 have started lobbying for withdrawal of cases against them. BJP MP from Saharanpur, Raghav Lakhanpal, and former MLA, Rajeev Gumber, met  deputy chief minister Keshav Prasad Maurya and gave him a letter with their demands which has been forwarded to the state law ministry for it to examine.

Contrary to its objective of improving law and order, the BJP government has been steadfast in subverting the rule of law.

Right-wing-Hindu militant outfits, like the Bajrang Dal and the Hindu Yuva Vahini (HYV), have felt emboldened since the BJP formed the government in the state, and particularly because Adityanath, a Hindutva hardliner, was installed as chief minister.

These organisations have taken it upon themselves to ‘resolve issues’ such as ‘love jihad’, ‘land jihad’, and ‘gau raksha’. These are some of the ‘issues’ with communal overtones that the BJP and its affiliates have used, from time to time, to cater to their political constituency. 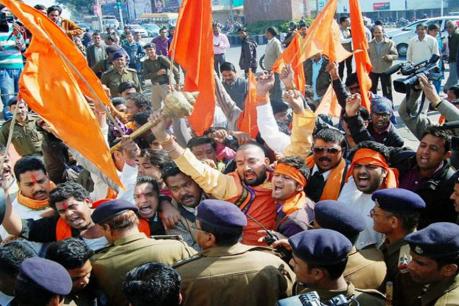 Right-wing-Hindu militant outfits, like Bajrang Dal and Hindu Yuva Vahini have felt emboldened since the BJP formed the government in the state. Credit: PTI

In April 2017, men affiliated with Adityanath’s Hindu Yuva Vahini barged into a house, dragged out a couple, thrashed them and ‘handed them over’ to the police. Their crime, according to the assailants, was ‘love-jihad’, which loosely translates as being consenting adults of different faiths in a relationship, when the male involved is a Muslim and the female a Hindu.

In another incident in January, three Muslim men were beaten by HYV members for their involvement in so-called love-jihad.

Hindu outfits in Meerut also took up the fight against what they called ‘land-jihad’, where they alleged that members of the minority community encroach upon and take over majority-dominated areas. In December, they forced a Muslim family which had bought a house in a Hindu-dominated neighbourhood to return the home to the original owner.

In April 2017, a mob led by Lakhanpal attacked the house of Saharanpur’s senior superintendent of police (SSP) with his children and family inside. The provocation, according to Lakhanpal, was denial of permission for a procession on Ambedkar Jayanti that the BJP leaders insisted be taken through a communally-sensitive area.

Chandrashekhar Azad, the Bhim Army leader, was arrested and continues to be in jail under the draconian National Security Act despite having been granted bail by the high court. Credit: Special Arrangement

A few days later, the SSP, was transferred. While charges against the BJP leaders have been filed, the government is now mulling withdrawing the cases.

A month later, after prolonged tension between the dominant Thakur community and the oppressed Dalit community in Shabbirpur village in Saharanpur, clashes broke out over a statue of B.R Ambedkar that the Dalits wanted to install in the village that the Thakurs objected to. In the ensuing violence, 55 houses of Dalits were set on fire and several Dalits, including women and children, were grievously injured. Several sufferers in the violence alleged that the police was complicit in the violence and remained bystanders.

In response to the violence, the Bhim Army, relatively unknown till then, called for a mahapanchayat to protest. Permission was denied, and several young members of the community clashed with the police. Chandrashekhar Azad, the Bhim Army leader, was arrested and continues to be in jail under the draconian National Security Act despite having been granted bail by the high court. Tension continues to prevail in Saharanpur with the Dalit community alleging state excesses.

In February, a Dalit law student in Allahabad was beaten to death with bricks and rods by a group of upper caste men after a heated argument. The police has been accused of negligence as they failed to prevent the crime despite being close to the site of the incident and despite receiving a call alerting them about the assault.

Through the year, upper caste groups have destroyed several statues of Ambedkar across the state. Recently, a statue of Ambedkar was ‘caged’ after saffron and Dalit groups took turns to paint the statue saffron and blue, respectively. 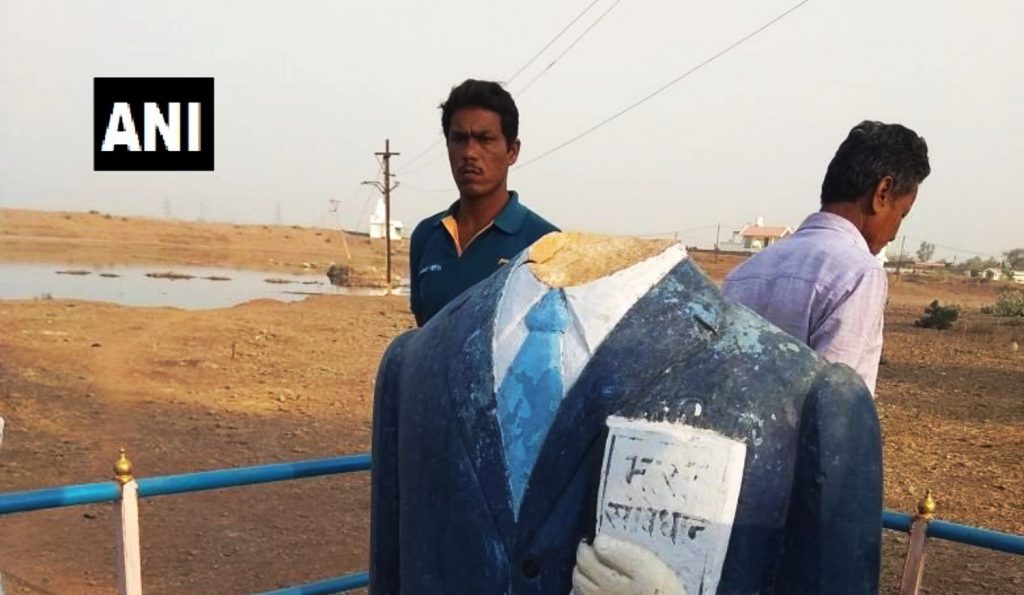 Statues of B. R Ambedkar have been vandalised across the state. Credit: ANI

After Rajnath Singh vacated the chief minister’s post in 2002, UP has seen three chief ministers — Mayawati, Mulayam Singh Yadav, and Akhilesh Yadav — all lower caste. So, in 2017, when Adityanath took oath, it was after 15 years that someone from an upper caste became the UP chief minister. Upper caste groups, which felt ‘exploited’ all these years, felt emboldened. Lower caste groups, which had been able to claw out of oppression and destitution, particularly in western UP, due to affirmative action and strong lower caste leadership, responded assertively resulting in several clashes and simmering tension through the year.

The growing tension came to a head on April 2 during the Bharat Bandh call in protest against what Dalit groups termed the dilution of the SC/ST Act. Large-scale violence was reported from across most of North India. The ensuing clashes resulted in the death of two Dalit youths in UP.

A few days later, a ‘hit-list’ was created in Meerut with the title ‘Dalit vandals and arsonists’. One of the 83 on the list has been killed, while the others remain in hiding.

“We don’t trust the police’s ability or intent to protect us. That is why we are in hiding,” one of those on hiding told The Wire.

Kasganj saw communal violence on January 26, when a group of aggressive Hindu men on bikes, waving saffron and national flags, insisted on driving through a part of town where a group of Muslims were holding a national flag hoisting ceremony. The bikers insisted that the Muslims stop their function and allow the bikers to pass through. In the violence that followed, one person from the Hindu group was killed and several people from both groups were injured.

Speaking to India TV, Adityanath’s prescription to deal with law and order problems in the state went thus: “Agar apradh karenge, toh thok diye jayenge” (If they commit crimes, we will bump them off). ‘Thok dena’ is slang for murder, generally used by criminals.

However, the UP police seems to have had no trouble with semantics and the chief minister’s message appears to have percolated. Between March 20, 2017 and January 31, 2018, there were 1,144 police ‘encounters’ — euphuism for armed confrontation between the police and alleged criminals, staged or otherwise. In these ‘encounters’ 34 criminals and four police men were killed.

Neha Dixit reporting for The Wire met families of 14 of those who were killed by the police and the accounts of the families raise several questions about the authenticity of the ‘encounters’.