"Nobody wants to do this work. We know how dangerous it is, how disgusting it is. But what are we to do if we belong to a caste that is left to this kind of work?"

New Delhi: “We shouldn’t have to share these stories, or re-live them. We don’t owe it to anyone,” Bezwada Wilson, convenor of the Safai Karamchari Andolan (SKA), told a crowd gathered at Jantar Mantar on Tuesday morning. “What we deserve is dignity and self-respect, like B.R. Ambedkar had said – and that is what we are fighting for.”

Around 1,000 people, including students and activists, had gathered to protest the deaths of manual scavengers in sewers in different parts of the country. In the last two weeks, as many as six manual scavengers have lost their lives in the National Capital Region alone – five in one incident and one in another. Another five manual scavengers’ deaths were reported from Chhattisgarh.

‘Stop Killing Us’, said the large poster on stage – reiterating a point that many speakers made. “These are not deaths. These are murders. It’s a grave injustice that this is still happening,” Santosh, a daily-wage labourer from Delhi who had come to show solidarity, told The Wire.

Among the protestors were family members of men who have died while cleaning sewers and septic tanks. Birender’s neighbour, friend and co-worker Anil lost his life while cleaning a Delhi Jal Board sewer in Delhi on September 14. “I keep thinking that this would not have happened if I had gone with him that day,” Birender told The Wire. “Sometimes when there was a tough job he would call me and ask for my help, but that day he didn’t call. I later went to see the sewer he was cleaning when he died – it was very deep. They say the rope they gave him to climb up and down was not strong enough. I couldn’t see it, it had been removed. And now they aren’t telling us what happened.”

“See, nobody wants to do this work. We know how dangerous it is, how disgusting it is. But what are we to do if we belong to a caste that is left to this kind of work? We have to eat, we have to look after our families. All I can say is that something needs to be done – the government needs to recognise why this is still continuing and do something to fix it.” 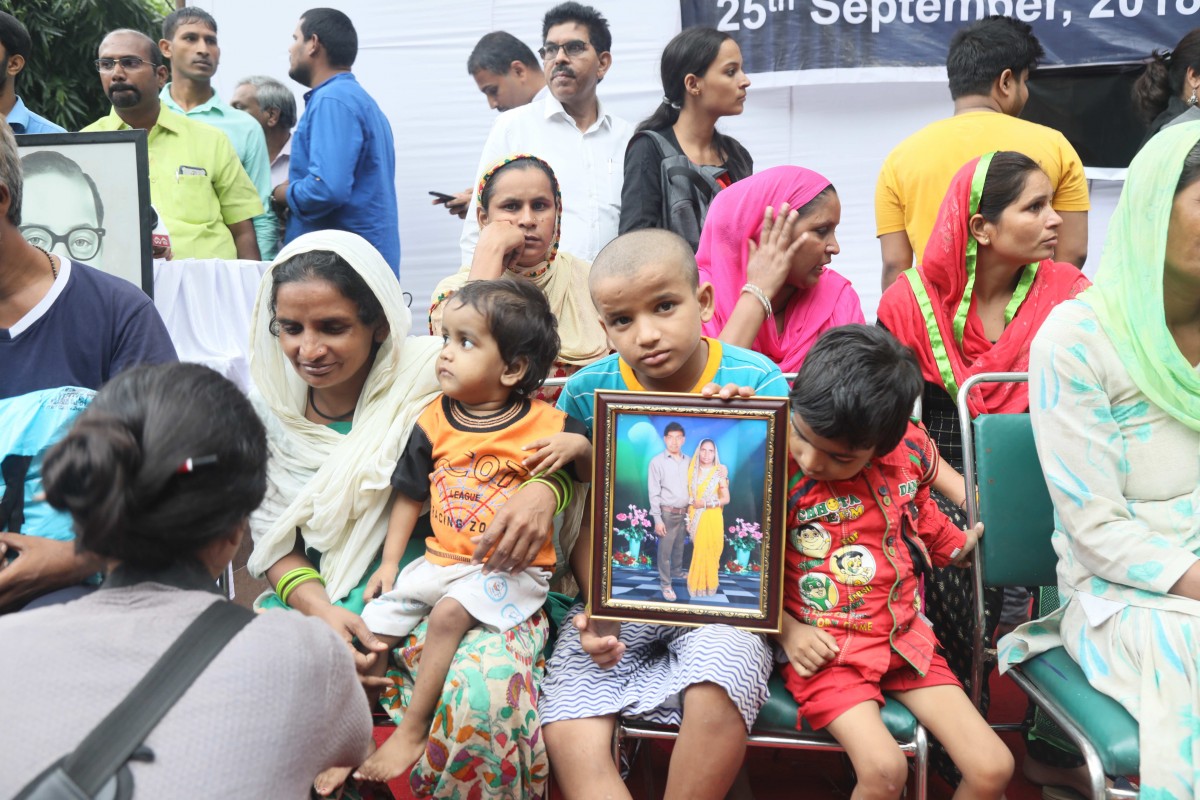 Anil’s wife Rani and their children at the protest on Tuesday. Credit: Moniza Hafizee/The Wire

Manual scavenging was first outlawed in 1993. The ban was reiterated in 2013 and rehabilitation measures laid out for those still engaged in the caste-based profession. “The problem is apathy, clear government apathy. And behind that apathy is India’s caste system,” Swaraj India leader Yogendra Yadav told The Wire.

One of the things various speakers raised at the event was the need for mechanisation in sanitation work. “We’ve all heard of Rafale planes and bullet trains. But how many of us have heard of the machines that clean sewers? Do we even know what they’re called?” Nikhil Dey of the Mazdoor Kisan Shakti Sangathan asked while addressing the rally. “This shows you the Modi government’s focus – where they’re putting their time and their money. They have money for technology that will kill people and displace people, but not for technology that could regularly save sewer workers’ lives. What kind of government is this?”

Puranmal from Rajasthan’s Karauli district said he, and several other men in his families, have been working as manual scavengers for decades now. Almost 70, Puranmal seriously injured his foot on a train years ago and walks with a limp. But despite that, he has been cleaning sewers and septic tanks. “I don’t have a choice. If I stop working, we won’t have enough to eat. We barely have enough anyway. We aren’t even compensated properly for the work we do.” 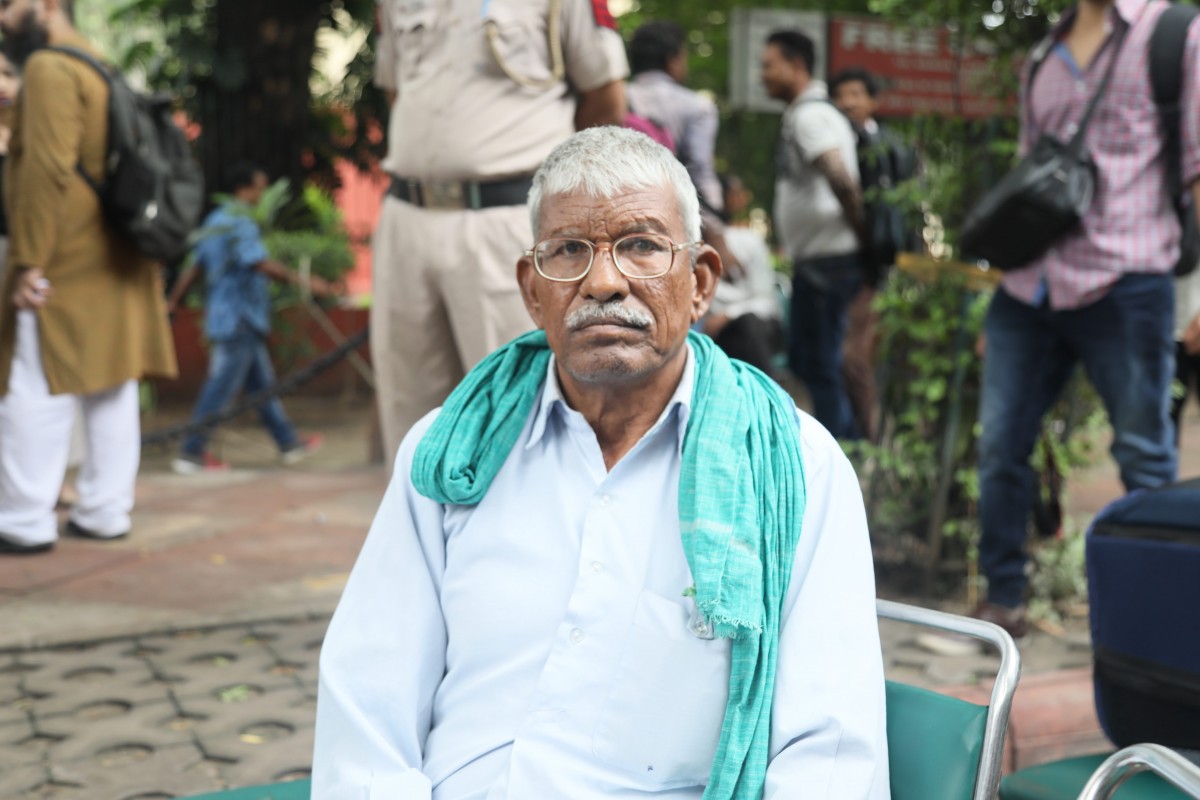 Asha’s nephew Vishal was one of the five men who died while cleaning a sewage treatment plant in Delhi’s Moti Nagar on September 9. “When things get to this extreme, we have no choice left but to protest,” she told The Wire. “We won’t get Vishal back. But his immediate family should be compensated and his family members should be offered other jobs.”

“By continuing this line of work, we are playing with people’s lives. This isn’t just a job. You’re asking people to give up everything,” Asha continued.

If nothing is done soon to prove that the government is serious about tackling this issue, Wilson said, a much larger protest will be planned, across the streets of Delhi. “This is a democratic country. And we have a constitution that promises people, promises Dalits, certain basic rights. And we won’t give up until those rights are guaranteed.”