Stars and Artists Line Up for Spontaneous Festival at Shaheen Bagh

A right-wing gang threatened to attack Shaheen Bagh on Feb 2. Here's what happened instead: A spontaneous week-long festival including Prateek Kuhad and Shubha Mudgal. 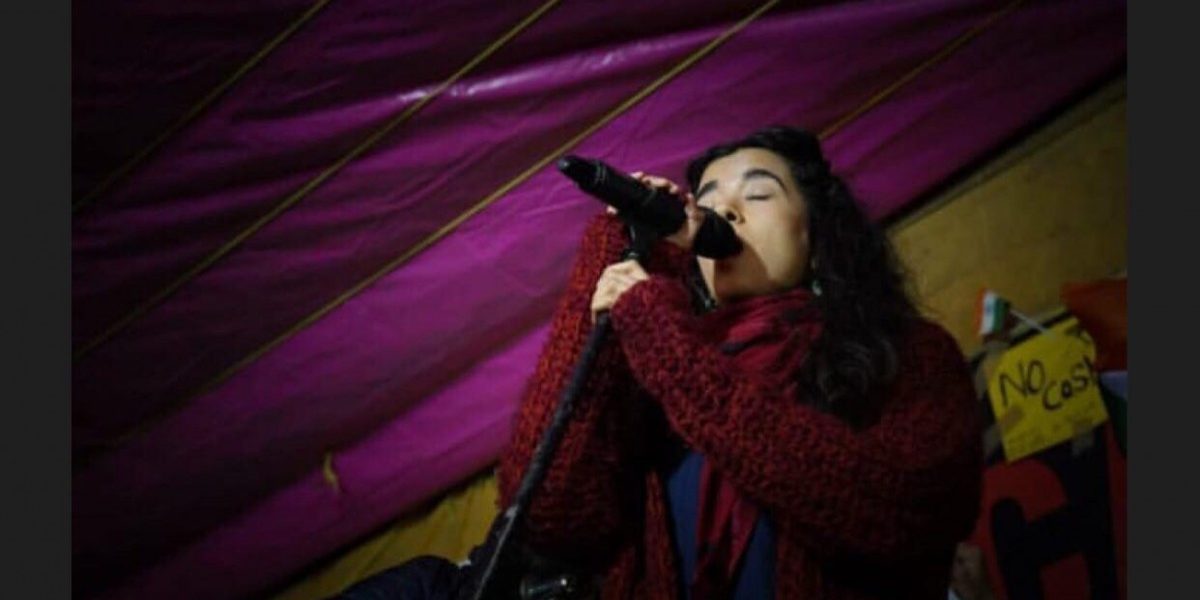 “I wish all of you could come to Shaheen Bagh,” she wrote. “It’s something else. It’s the most incredible place. It’s definitely a bit intimidating at first, if you are not used to establishments like these, but it’s safe. Everyone genuinely intently listens to people on stage. They sing. The vibe is of a get-together really.”

Then she got to work posting to her Instagram Stories.

Kapila was the opening act of a spontaneous festival, “Artists Against Communalism”, begun as a precaution against attacks, and an antidote to the political slander against Shaheen Bagh. 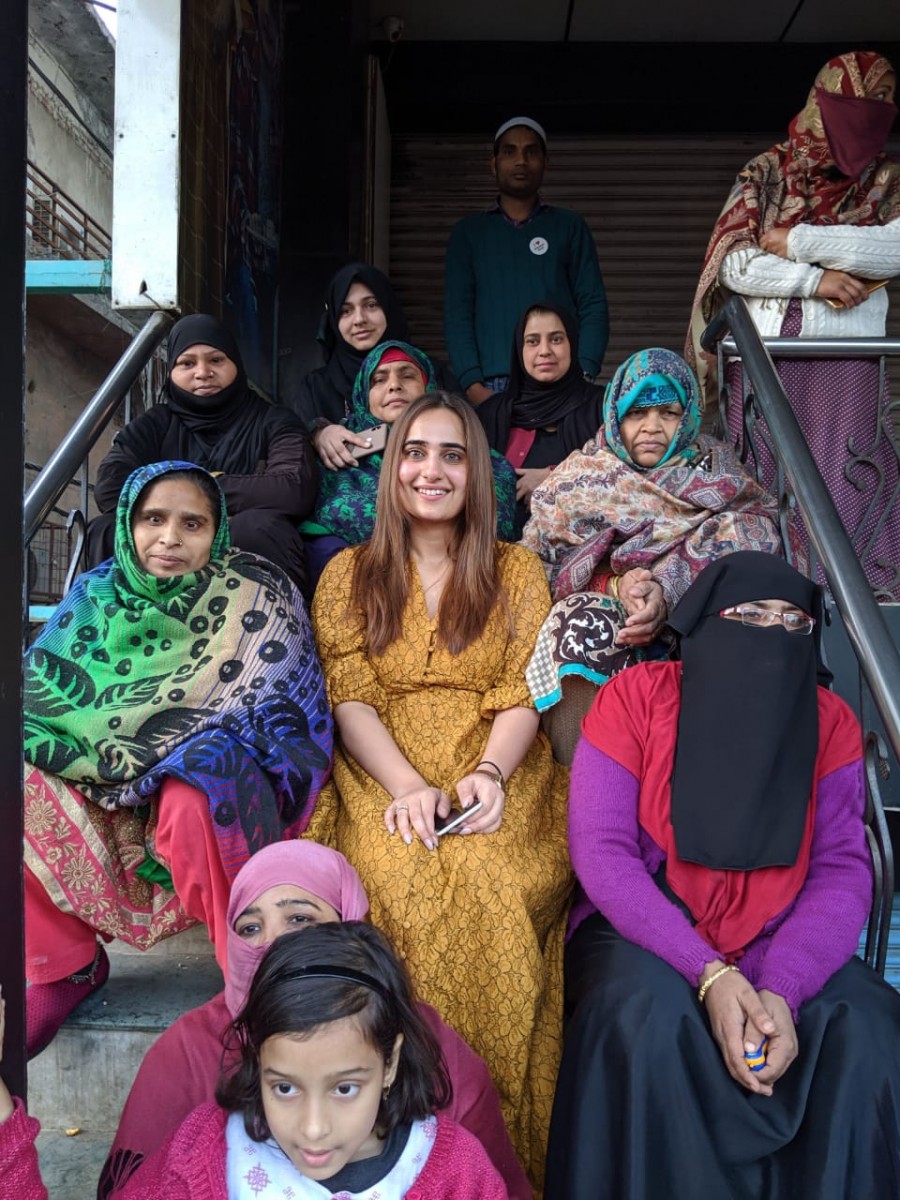 It opened on February 2, the date on which a right-wing gang had promised to unleash violence on the women-led 24×7 protest. It will continue until February 8, the date of the Delhi polls, as BJP politicians – including the prime minister – demonise the peaceful protest as the main thrust of their campaign.

On Wednesday February 5, the stage will feature pop-star Anushka Manchanda and the millennial darling Prateek Kuhad. 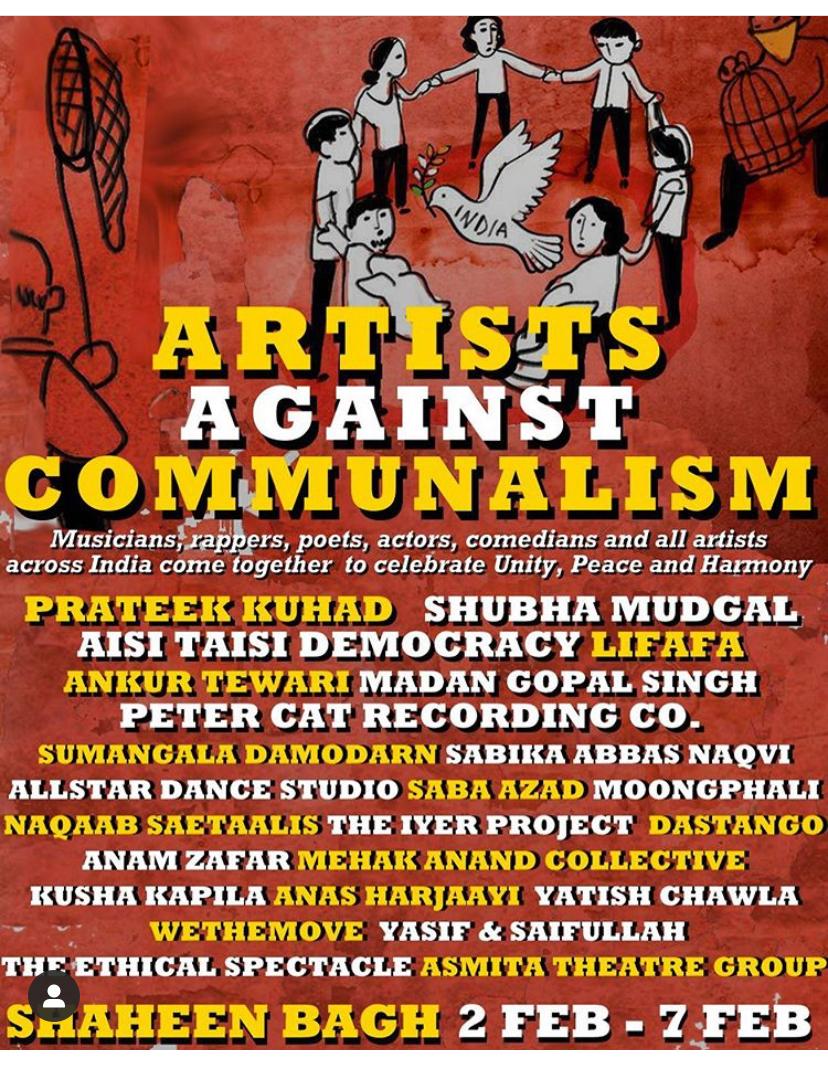 “The shooting at Jamia by the right-wing terrorist had everyone shaken,” said Saba Grewal. She is better known as Saba Azad, or Mink, her stage-name in the electro-funk duo Madboy Mink. “And Shaheen Bagh had been getting constant threats. So – literally overnight – a call was taken to come to this with music and with art, and artists rose to the occasion.”

Grewal had already performed at Shaheen Bagh two weeks earlier, but was ready to return and help mobilise an even more spectacular line-up. “Everybody used their resources, and overnight we had the support of artists, musicians and actors across the country, as a counter to fascist forces at play in our country. It’s worked out beautifully.”

Kusha Kapila is one of many celebrity voices that has recently been outspoken against the Citizenship (Amendment) Act (CAA) and National Register of Citizens (NRC), as well as the violent suppression of students and protesters. Despite her fears of getting trapped in a violent situation or a riot, as promised by the ‘Hindu Sena’, she flew home to Delhi and travelled straight to Shaheen Bagh with her friend, the actor and influencer Ankush Bahuguna.

That afternoon, a small band of men shouting ‘Goli maaro saalon ko (shoot the traitors)’ did move toward Shaheen Bagh, but were brushed off by police. The ‘Hindu Sena’ had backed away from its plans, but the solidarity festival was just beginning.

Her collaborator Dolly Singh had already been to Shaheen Bagh and made a vlog there, but it was Kapila’s first visit.

“It’s being depicted otherwise – by the powers that be,” she told The Wire. “But Shaheen Bagh doesn’t take away anything from our national discourse, it only gives: It gave me perspective on how intensely people feel about exclusion, and how much are they willing to sacrifice to let their dissent known, loud and clear.”

“It is a gathering of people – religion, class, caste no bar – to uphold the idea of India,” she continued. “It’s really an unadulterated form of nationalism, so rare to witness. It’s worthy of dog-earing in the pages of Indian history.”