In Jharkhand, Stan Swamy's Friends and Colleagues Vow to Keep His Fight Alive 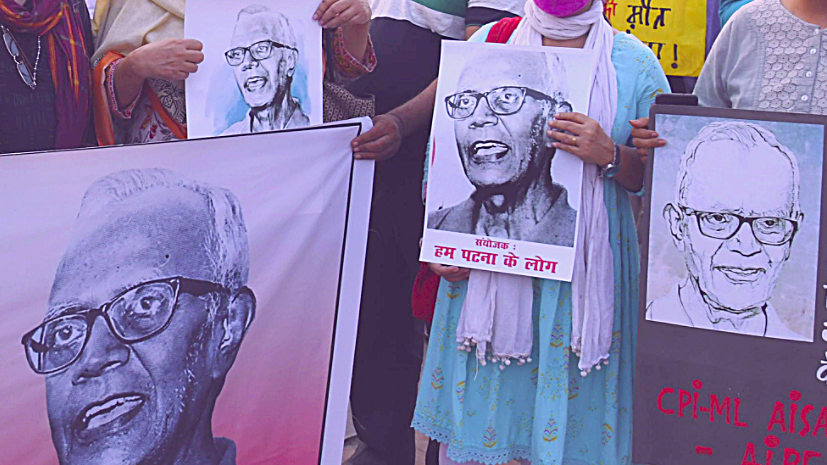 Ranchi: A fortnight after tribal rights activist Father Stan Swamy’s death, his friends and those he worked were are still in mourning – and also determined to take forward his work.

On July 18, Swamy’s name was engraved on a stone in Bagaicha, the centre he had developed in Ranchi two decades ago to fight for the tribal cause. Every other day, different tribal communities from across Jharkhand are arranging meetings to pay tribute to the activist.

“We have formed a platform to take forward Stan’s struggle. The system of the country may have killed him, but his ideals will live with us till the end,” said Swamy’s close aide, Aloka.

Born in Tiruchirappali, Tamil Nadu in 1937, Stan became a Jesuit priest and chose to come to Jharkhand as he wanted to work with tribals there. His studies took him to Manila and after serving as director of the Indian Social Institute, Bangalore from 1976 for over a decade, he came to Chaibasa near Jamshedpur. After Jharkhand was curved out of Bihar as a separate state and Ranchi became its capital, Stan shifted here to set up a centre to work for tribal rights, naming it Bagaicha. The centre has been modelled in a purely tribal style, with an akhra in the middle. An akhra, in a tribal community, is a place where villagers gather in the evening to discuss important issues affecting them and for cultural activities.

“In the 1980s, a small group of radical intellectuals including Stan came together in Jharkhand and started interpreting situations here in Marxist way. Taking from the Jesuit experience in Latin America, Stan saw liberation theology as a way to fight for the rights of tribes in Jharkhand. He saw Jesus Christ as taking the side of the poor and the oppressed, and decided to fight for the rights of tribes with all his heart and soul,” said Meghnath, an award-winning filmmaker in Ranchi who had been Swamy’s student in Bangalore.

Swamy had long been demanding proper implementation of the Provisions of the Panchayats (Extension to Scheduled Area) Act (PESA) in Jharkhand. This law gave immense rights to tribes for self-determination in socio-political affairs, but bureaucratic bottlenecks and political unwillingness rendered it toothless. PESA empowers villages through gram sabhas, but in reality the grassroots-level small-time officials leave no stone unturned to scuttle the local bodies’ powers.

Swamy also worked with veteran rights activists like B.D. Sharma, Bandi Oraon and others to formulate and properly implement the Forest Rights Act. He stood for implementation of the Samta judgment of the Supreme Court that made land owner the owner of the minerals beneath his land.

“Stan had a simple way of explaining legal provisions to the people. Once I told him that people do not understand what the Samatha judgment is. How do I explain this to them? Stan said, ‘Suppose you have a well in your land. The water in the well belongs to you? If the water in the well belongs to you, the minerals beneath your land too must belong to you!’ I went to Bundu and Tamar regions of Ranchi and explained the Samatha judgment in this way. People understood immediately,” said Sushanto Mukherjee, another close aide of Swamy’s.

Swamy was closely involved in the struggles of tribes around Jharkhand. Though he suffered from Parkinson’s disease, he could be seen on the streets nearly every day, sitting on dharna with some group or the other, irrespective of the size of the protest. If the cause was right, he was there.

“The day when the NIA (National Investigation Agency) record shows that he delivered a speech at the Elgar Parishad event and his speech resulted in violent action from the audience, both of us were sitting in Bagaicha in Ranchi and eating chana (gram),” added Mukherjee with a grin. 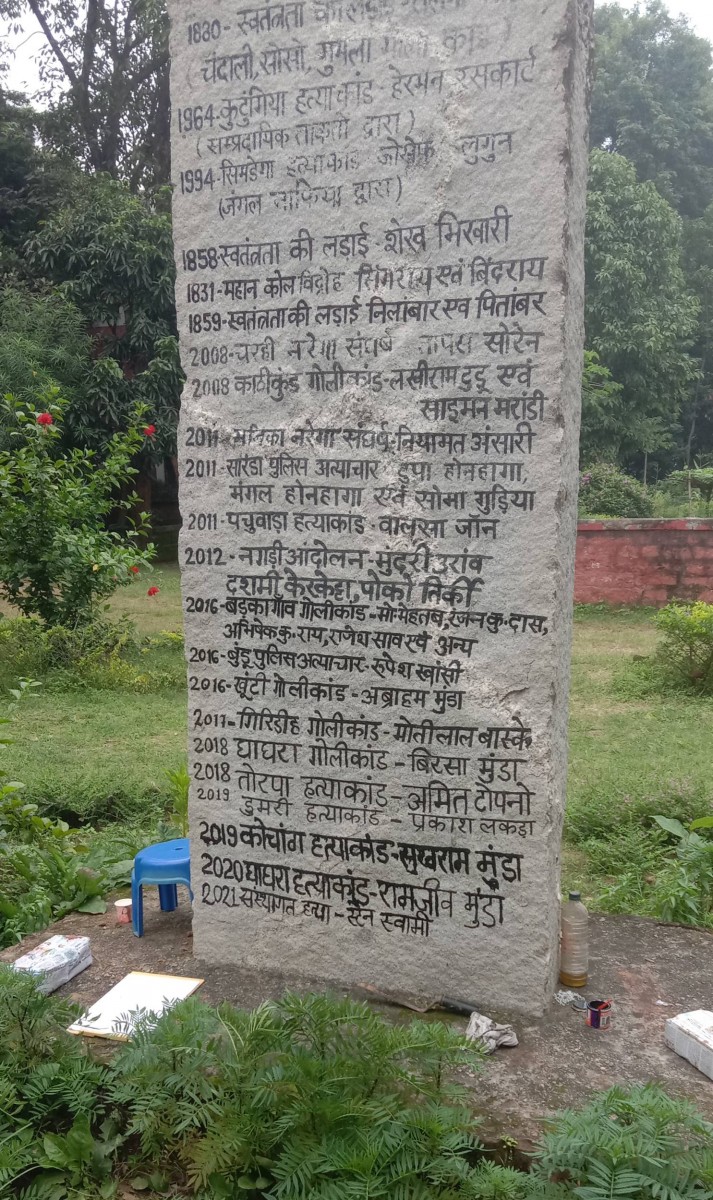 Jharkhand is a mineral-rich area, and a bulk of the minerals are found underneath the lands of the tribes here. Several industries and mining majors are situated here. Displacement and marginalisation of tribes has been occurring for more than a century, apart from the exploitation of tribes by different elements during the British Raj. It was in this historic situation that legendary tribal leader Jaipal Singh had devoted his life to work for the political and economic rights of the tribes here.

Due to the mineral richness of the province, political parties employ all means, ethical or unethical, to retain power in the state. Rights activists who stand for tribal rights necessarily stand against the oppressive and exploitative roles of the state, and hence often face the consequences that Swamy did. The region has also been a highly Naxal-affected one.

The 84-year-old Jesuit priest had been arrested for his alleged involvement in Elgar Parishad case and booked under the Unlawful Activities (Prevention) Act. Despite his age and poor health, he was denied bail.

“Stan Swamy was well versed with the provisions of the PESA Act. We would take his counsel in matters of PESA and gram sabhas. Panchayat elections were not being held in the state and we had to fight a long battle. Swamy was always with our struggle,” said Praful Linda, state president of the tribal wing of the Communist Party of India (Marxist).

“Every morning, Father Stan would stand beside the stone at Bagaicha and spend 10 minutes invoking the inspiration of the tribal leaders who had been martyred at different points of time and their names engraved on this stone,” Father Tony, who worked with Swamy, told The Wire.

Also read: Swamy and Friends: A Poem by Keki Daruwala

Swamy lived most part of his life among the tribes in Jharkhand, making Bagaicha his home. Villagers would come from across the region and discuss their problems, trying to find solutions.

“Swamy’s commitment to the rights and well-being of Adivasis was rooted in his lived experience among them,  notably in West Singhbhum. He was deeply influenced by Adivasi values and the Adivasi way of life, including their respect for nature, love of freedom and cooperative spirit. He had also witnessed the ruthless exploitation of Adivasis by greedy traders, money-lenders and land grabbers. These experiences must have shaped his belief that we should be gentle with the powerless but implacable with their exploiters. That was one of Stan’s special qualities, among many others,” sums up noted economist and rights activist Jean Drèze. Drèze was part of the function on Sunday when Swamy’s name was engraved on the stone in Bagaicha, among the list of martyrs who sacrificed their lives for tribal rights.