In a statement, it has also demanded the immediate release of the arrested individuals and dropping of all false charges against them. 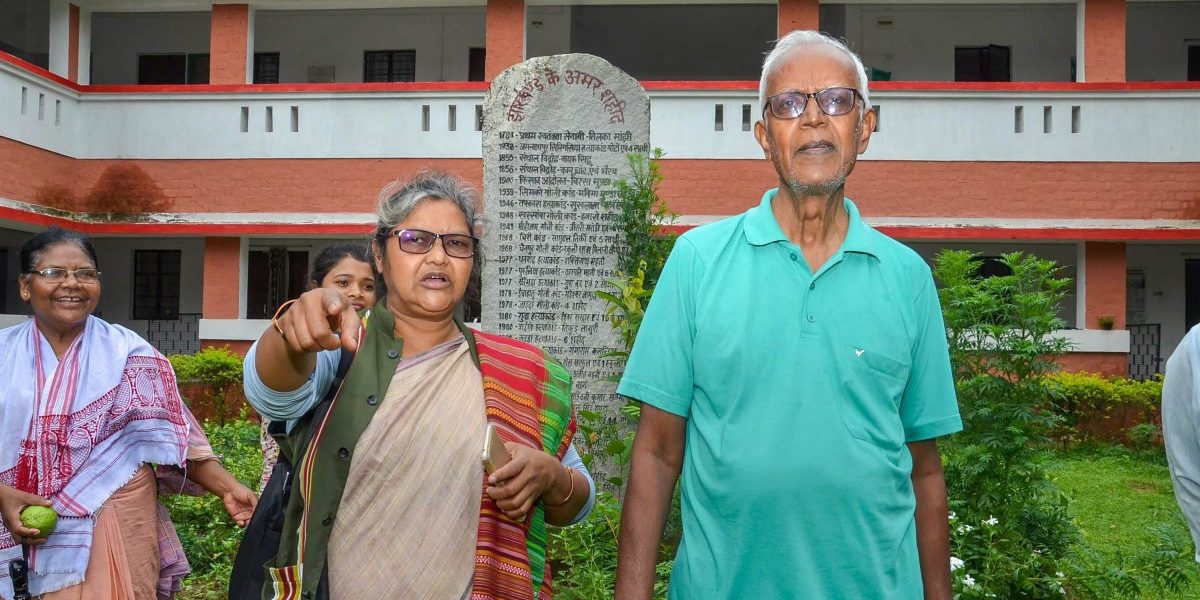 Father Stan Swamy during the raid on his home in Ranchi. Credit: PTI

New Delhi: The Jharkhand civil society has issued a statement condeming the serial raids on human rights activists across the nation. The statement has termed the arrests an attempt “by the government to strike terror among those who are fighting for justice for the marginalised and give voice to the voiceless.”

Describing the raid on the residence of Jharkhand activist Stan Swamy as ‘highly objectionable’, the signatories have said that the raids and arrests are being carried out to “stifle dissent and intimidate those who are fighting for justice”. They have emphasised that the BJP has launched the process of intimidation “in order to polarise the 2019 elections in its favour.”

The signatories have demanded immediate release of the arrested rights activists and scrapping all false charges against them.

The statement has been reproduced in entirety below.

We, the undersigned, are shocked by the serial raids across the country on the homes of activists and public intellectuals who are critical of the government and the ruling party at the Centre. The arrests of prominent activists and intellectuals Sudha Bharadwaj, Vernon Gonsalves, Gautam Navlakha, Varavara Rao, Arun Ferreira and others are nothing but an attempt by the government to strike terror among those who are fighting for justice for the marginalised and give voice to the voiceless.

The raid on the residential premises of Stan Swamy, a well-known activist of Jharkhand, was highly objectionable. Stan works for the rights of Adivasis and other underprivileged groups in the state. Among other issues, he works on displacement, corporate loot of resources, the condition of undertrials and PESA. Stan has been a vocal critic of the government’s attempts to amend land laws and the land acquisition act in Jharkhand, and a strong advocate of the Forest Rights Act, PESA and related laws. We know Stan as an exceptionally gentle, honest and public-spirited person. We have the highest regard for him and his work.

The Bagaicha campus was raided by the Maharashtra and Jharkhand police around 6 am on 28 August 2018. The police confiscated Stan’s mobile, laptop, some audio cassettes, some CDs, and a recent press release on the pathalgadi movement by Women against Sexual violence and state repression (WSS). Stan was not told about the details of the charges against him. The police video-recorded the entire event.

This raid comes just a few weeks after Stan and 19 other persons including activists, journalists and intellectuals were booked on charges of sedition by the Jharkhand government. The police have cited their facebook posts as evidence of their role in the pathalgadi movement in Khunti. Among other sections, they have been booked under 66A of the Information Technology Act, 2000 which was repealed by the Supreme Court in 2015.

The central government and media houses close to the BJP are now claiming that the human rights activists were part of a Maoist conspiracy related to the Bhima-Koregaon incident. This concocted story seems to be part of a larger propaganda, based on terms like “urban naxals”, aimed at stifling any criticism of the government.

The raids and arrests are part of the government’s growing attempts to stifle dissent and intimidate those who are fighting for justice. This is also an attempt by the BJP to invent a false enemy and engage in scaremongering in order to polarise the 2019 elections in its favour.

We demand immediate release of the arrested individuals and dropping of all false charges against them, as these arrests and raids are politically motivated and unjustified.

B B Choudhary, Samajwadi Jan Parishad