Anger over the Centre's decision can be felt widely in south Kashmir as well. Here, a group of youths say they were thrashed without reason by security forces. There, a policeman expresses anxiety over his family's wellbeing. 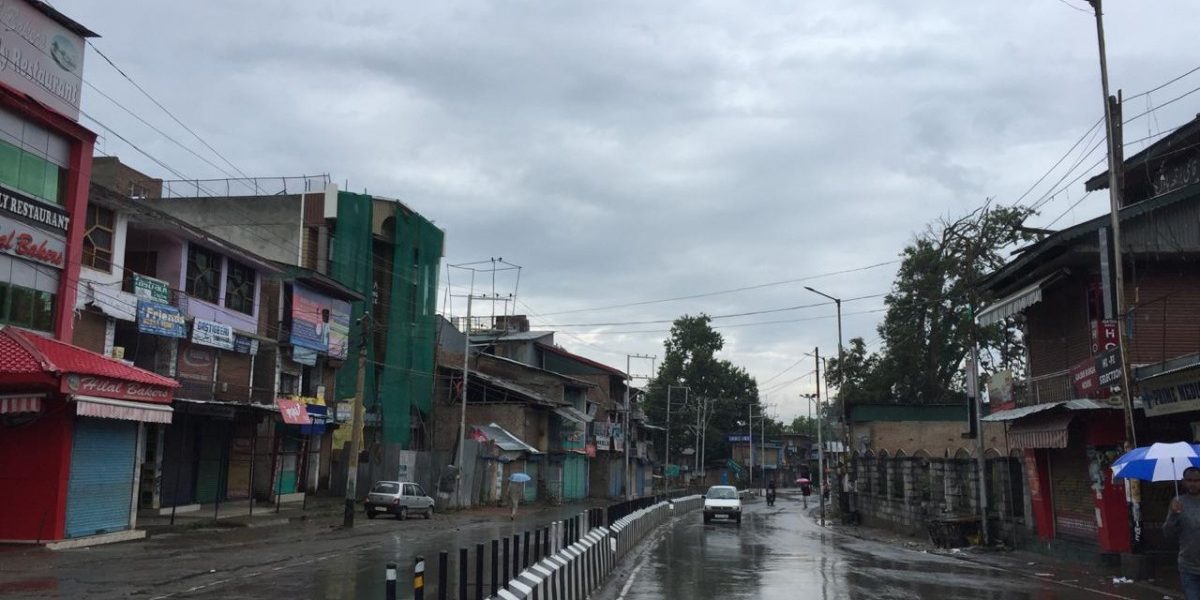 Srinagar: The youth and the elderly smoke and chat at the shop fronts, yet there are no private vehicles on the streets. The few vehicles plying are almost all taking patients to healthcare centres. A good ten days after the Centre scrapped the provisions of Article 370 that granted ‘special status’ to Jammu and Kashmir, the streets of south Kashmir wore a deserted look.

Unlike the capital of Srinagar, where the administration has imposed unprecedented restrictions since before the dawn of August 5, there is no major presence of paramilitary forces or other security forces in the southern Kashmir districts.

There are no concertina wires on the main roads (even though they do become visibly on the four way or three way squares) and nor have the security forces established barricades.

A police official in Pulwama told The Wire that there have not been any major protests or processions in the district since the day the government of India scrapped article 370. “The situation is very calm, but very tense,” he said, adding, “There is a lot of anger among people.”

The fact that there is anger is a claim echoed by locals as well. 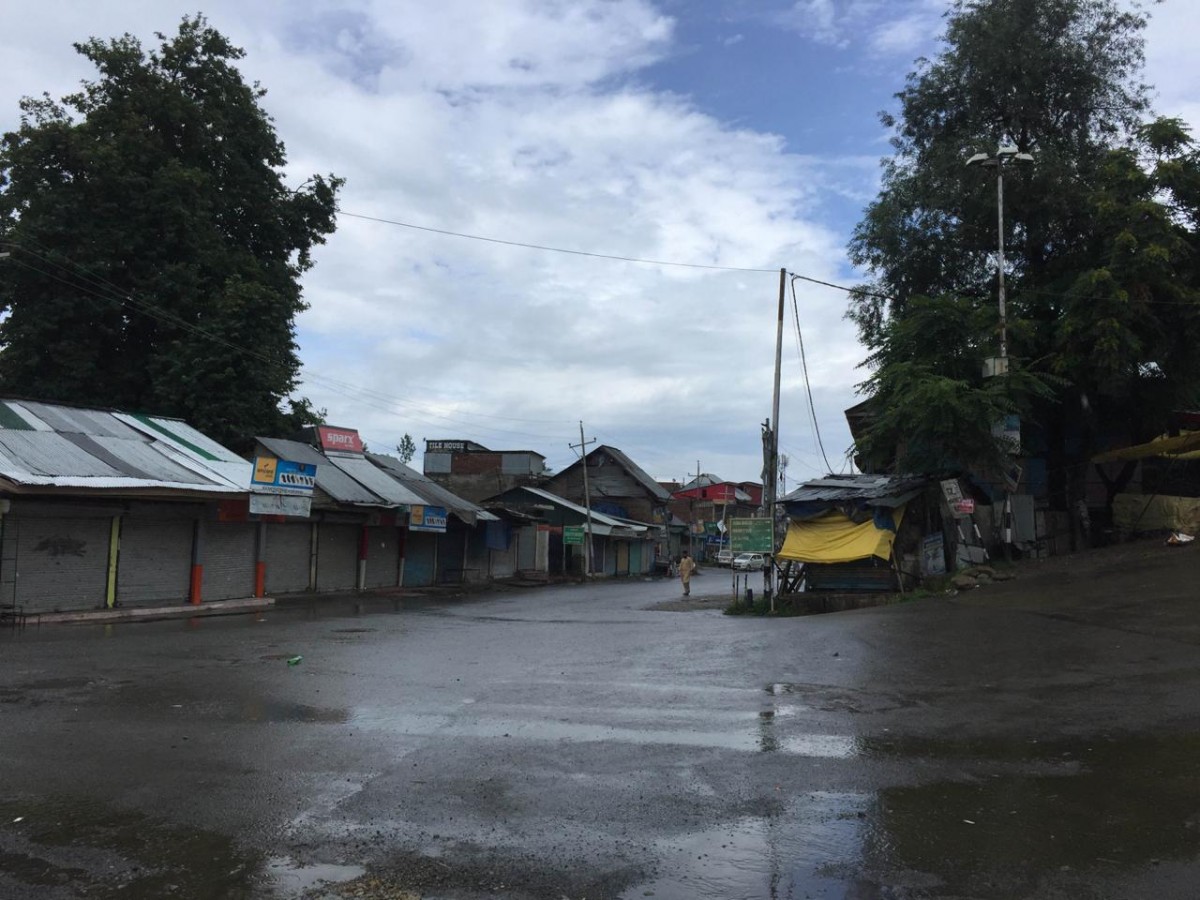 Tanvir Ahmad, a Pulwama resident, said protests seen were on the day of Arafah, a day before Eid-ul-Adha. “People also come out late in the evenings when the forces withdraw and hold protests,” he said.

Ahmad said that the forces have arrested “dozens of local youths from the district” since August 6. “Forces have been raiding residential areas, bundling youths into their vehicles and detaining them at undisclosed locations,” he said.

Ahmad asserted that not a single day had passed since August 5 when the forces did not raid a village in the district and arrest youths.

A head constable posted in the district confirmed that arrests have been made but refused to identify himself or comment further on the issue. “We are performing our duties,” the head constable said. He was not carrying any arms when the reporter spoke to him.

The head constable, a resident of north Kashmir, added that the ordinary people in the state were not the only ones who were angry. “There is anger among police as well. We have not been able to communicate with our families so far,” he said.

“I am worried about my family and their well-being. I heard there has been a lot of cross-border shelling in my home district. This has added to my apprehensions,” he said. 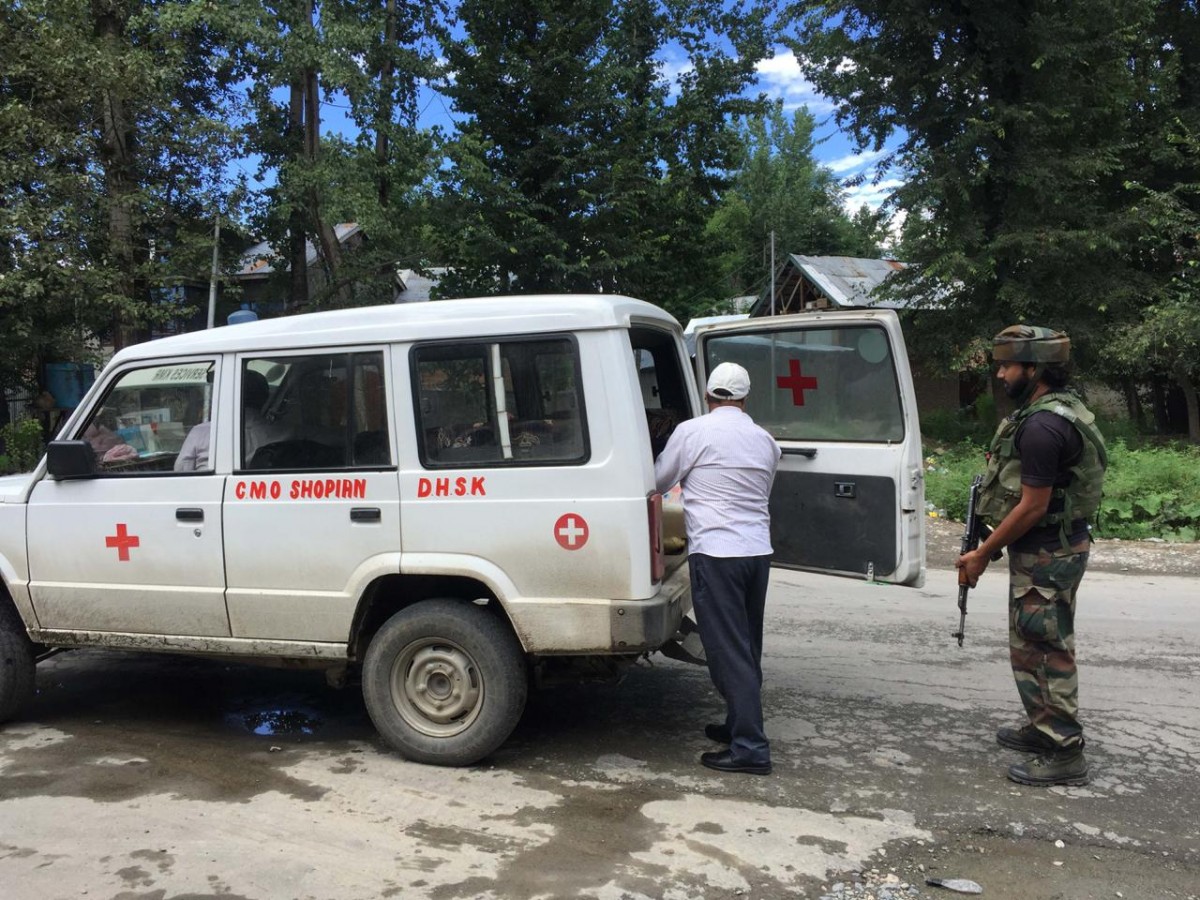 Most of the few vehicles seen were ambulances. Photo: Muhammad Raafi

Gulshan Ara, in her late forties, said that she has been visiting the office twice a day for the last four days. Her son studies in New Delhi and she is eager to speak to him. “Either the officials dodge us saying that the phone is not working or by saying that the Deputy Commissioner Abid Rasheed has taken the phone away with him and he is yet to arrive at the office,” she said.

Many others said they had been visiting the office for a week now and could not manage to communicate with their families living outside the state. Several of those gathered had family or friends who were on the Haj pilgrimage to Mecca and Medina.

Ghulam Qadir Lone, another resident of Pulwama said that his son works with Air India in New Delhi. “I have come to this office at least five times and I am yet to contact my son, Ashraf-ul- Hassan,” he said.

A curious scene unfolded when a group of journalists asked the security forces personnel guarding the office to let them into the office. The guard told the journalists that the Deputy Commissioner was “yet to arrive.”

As the journalists were leaving from the spot, another official showed up and asked several questions about the organisations to which the media personnel belonged. “We have to update sir,” he was heard saying before he left. 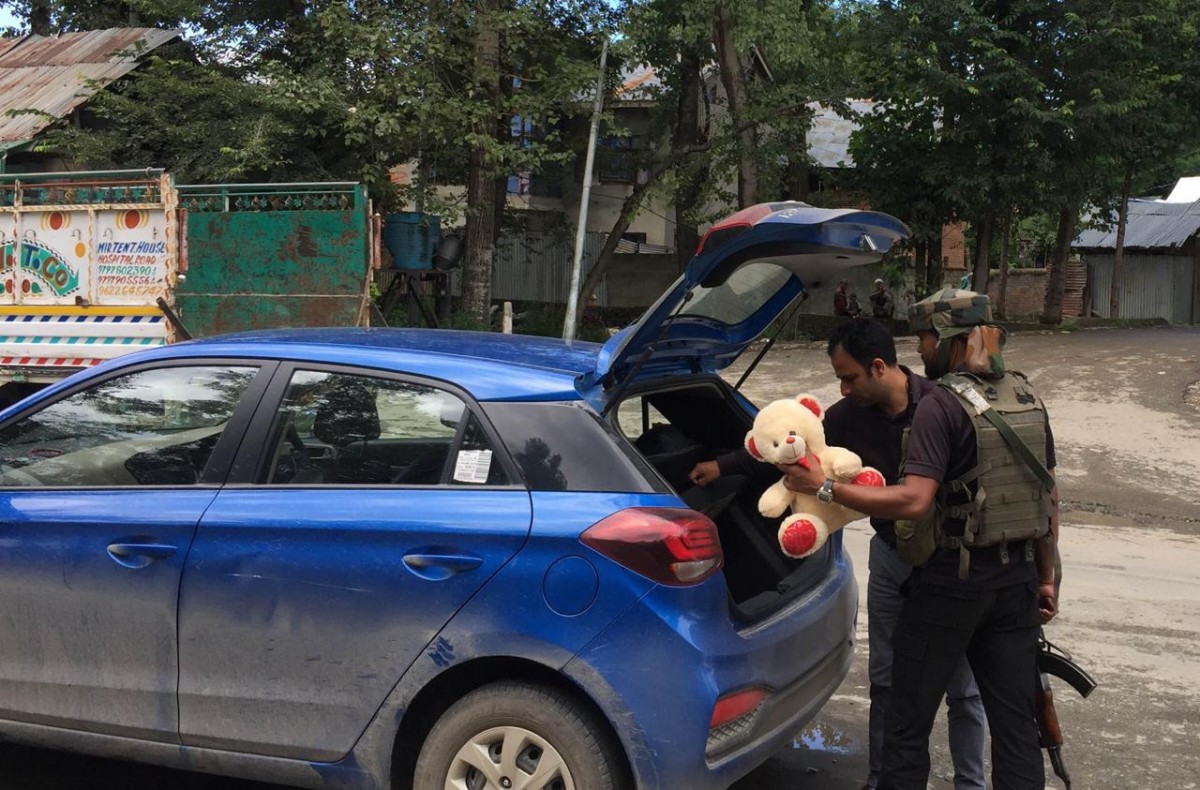 Frequent vehicle checks are a reminder of the 1990s. Photo: Muhammad Raafi

Further down south, in Shopian district, people were seen talking about the situation unfolding around them and voicing apprehensions about a possible deterioration of the situation after August 15, Independence Day.

Youth who had assembled at a shop front said that three of them were thrashed by “the Army” on Tuesday when they were sitting at a shop front in a nearby locality. “A vehicle suddenly stopped a few metres ahead of us. Men in uniform came out and thrashed us,” they said, adding that they later came to know that security forces had been pelted with stones at a nearby village earlier in the day.

In Shopian too, youth said that the forces had arrested several young men during nocturnal raids in the district over the last few days.

Abdul Ahad Dar, an octogenarian resident of the district, expressed dismay at the developments. “They will have long term consequences,” he said.

One of the many to note the ‘brewing anger’ in the region, he added, “Who knows when this volcano will explode.” 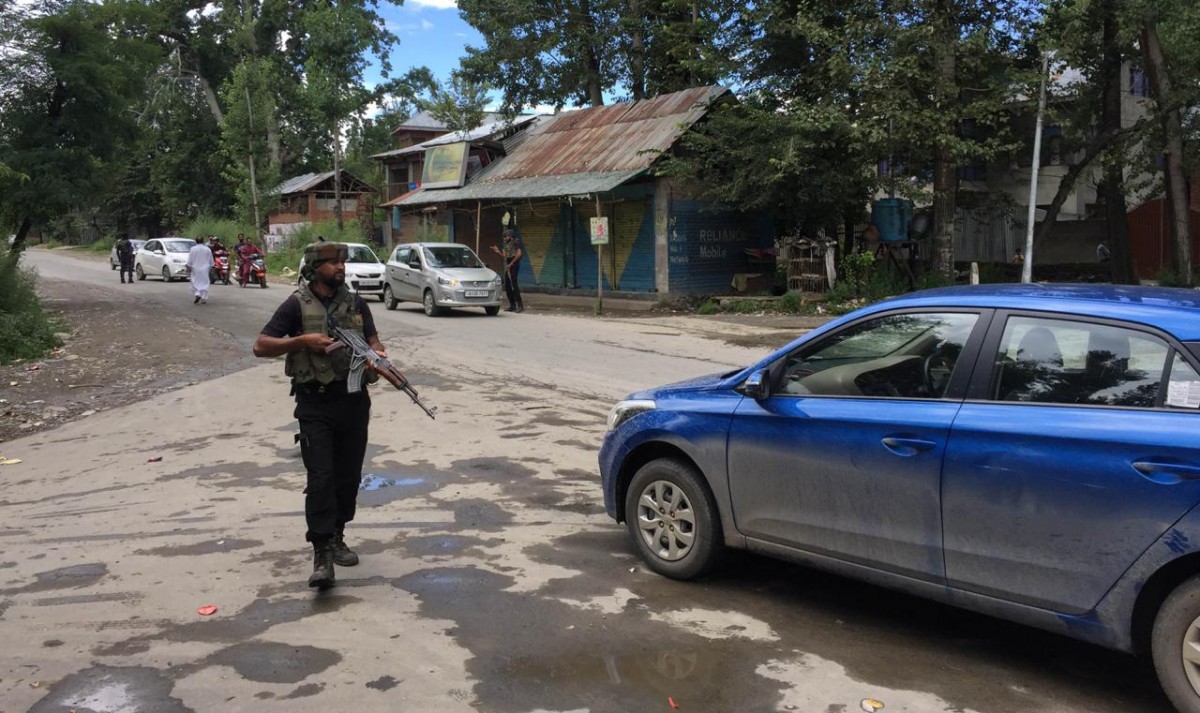 Meanwhile, most of the streets in Shopian district looked deserted. At the main squares, the forces kept the concertina wires and barricades erect.

A police official said that the situation was under control. “The district is absolutely calm,” he said.

This particular official was seen facilitating phone calls for locals who were desperately waiting to contact their families living outside the state.

While passing through the Nikas village of Pulwama district, the reporter saw a zig-zag barricade. All the vehicles traveling from Shopian to Pulwama and back were being thoroughly checked before being let through.

The check-point reminded the nineties when check-points, barricades and vehicle checks were the order of the day in the restive region. An Army official at one such check-point said that they “had reports about the possible deterioration of law and order in the village post August 15.”

Addressing a press conference at a private hotel in Srinagar, ADGP (armed J&K police) Syed Javaid Mujtaba Geelani said that some people have been detained under the Public Safety Act, while others have been taken into preventive custody. “We do not deny that there have been arrests,” he said. Geelani, however, declined to reveal the number of persons arrested.