For the Sodha Rajputs, it has been a tradition for women in Pakistan to marry men in India. Since the Pulwama terrorist attack, the Indian Embassy has been unwilling to grant visas to the brides.

Vikram Singh from the Baiya village, situated in the border district of Jaisalmer in Rajasthan, married Nirmal Kunwar from Sinoi village in Pakistan's Umerkot district. Photo: By arrangement

Jaipur: Sodha Rajputs, based in Umerkot district of Pakistan’s Sindh, are one of the clans of the Parmar Rajput dynasty that reigned over Malwa in central India from the 9th century onwards. The Parmars’ rule came to an end when Alauddin Khalji, sultan of Delhi’s Khalji dynasty, conquered Malwa in 1305.

The Sodhas controlled Tharparak (Thar) in the southeast of the Sindh province in Pakistan. They still follow the age-old tradition of getting their daughters married to Rajput families in the border districts of India’s Rajasthan.

Over the years, this custom which predates the Partition has survived turbulent India-Pakistan ties.

Also Read: After Partition, Trust was the Biggest Loss in Sindh

However, after the Pulwama attack in Jammu and Kashmir in February 2019 and India’s retaliatory airstrike in Pakistan’s Balakot, New Delhi’s stance seems to have hardened over the cross-border couples who are seeking visas.

In January last year, a few days ahead of the Pulwama attack, Vikram Singh, a Rajput man from the Baiya village situated in the border district of Jaisalmer in Rajasthan married Nirmal Kunwar, a Sodha Rajput woman from the Sinoi village in Pakistan’s Umerkot district.

Singh went to Pakistan on a 90-day visa by the Thar Express, a passenger train from Bhagat Ki Kothi in India’s Jodhpur and arrived at Karachi Cantonment in Pakistan’s Sindh. The elders of his family had fixed this alliance two years ago.

“We don’t see the bride before marriage. We have relatives in Pakistan who select the bride on our behalf,” Singh told The Wire. 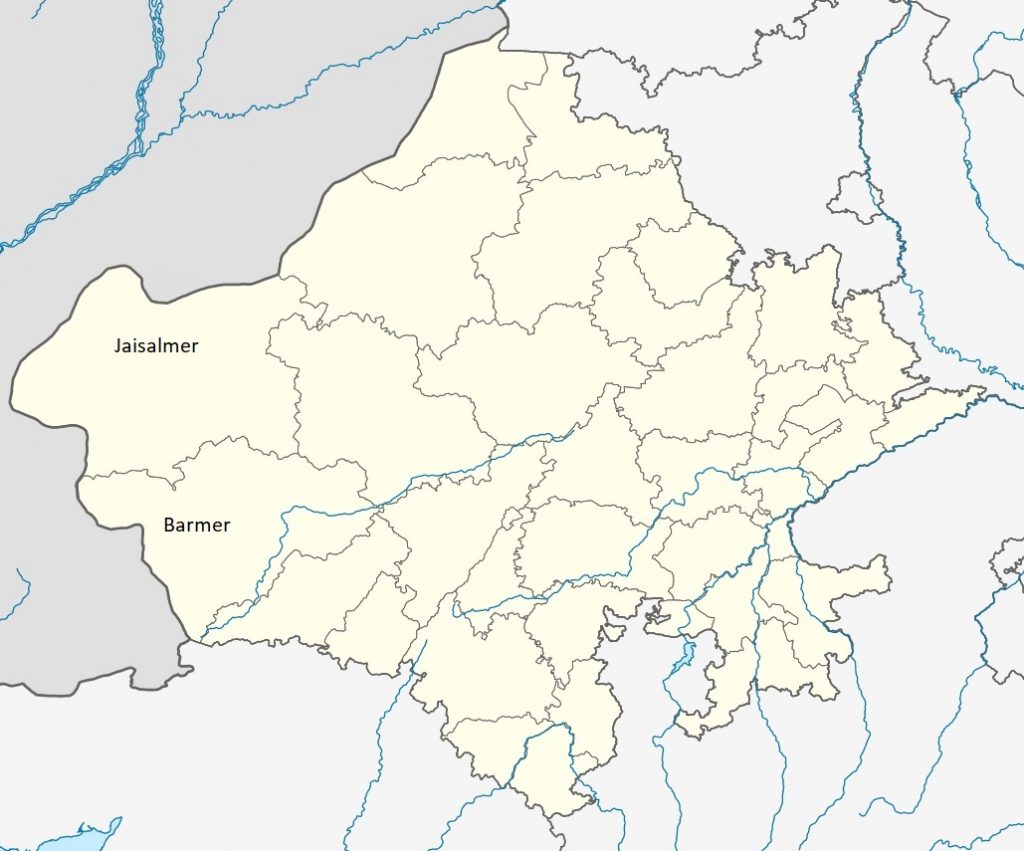 After marrying Kunwar, Singh utilised the remaining time of his stay in Pakistan to obtain their marriage certificate, a document Kunwar needed to get her visa.

“The main purpose of the 90 days visit is to obtain valid marriage proof so that my wife gets the visa easily and could come along to India,” he said.

While Singh got the marriage certificate quite effortlessly, Kunwar’s visa application didn’t receive a positive response from the Indian Embassy during his stay in Pakistan.

“I could have sought an extension of my visa but there was no one to look after my shop in India, which is why I had to return,” Singh added.

At that time, Singh couldn’t have known that he would not be able to meet his wife for more than a year.

Soon after his return, Singh came to know that his wife was pregnant. To try and bring Kunwar to India as soon as possible, he made several efforts but in vain.

Singh’s wife applied for a visa for the first time in January last year. When it was not approved, she applied again in February.

From February, ties between India and Pakistan were severely stressed after the Pulwama attack on paramilitary soldiers in Kashmir and the Modi government’s retaliatory Balakot airstrike on Pakistani territory.

A son he has never met

Vikram Singh speaks to his one-year-old son through video calls. Photo: By arrangement

In April last year, Kunwar applied for the visa a third time but was unsuccessful again.

Singh’s son is now one year old but he has never met him. He catch glimpses of his child’s activities through video calls. “The authorities have turned a blind eye to our concerns. They have denied us visa throughout 2019 and now, they blame the COVID-19 crisis for the delay,” he said.

Singh claims that the applications of Pakistani citizens for visas other than for marriage have been accepted.

In some cases, the bride’s family travel to India and the marriage is solemnised here. Then, her family returns to Pakistan.

“Some men from my village were married to women from Pakistan in India. The women didn’t face any issue while obtaining visas, which did not specify that the reason for their visit is a marriage,” Singh claimed.

“We also wanted the bride’s side to come to India for the marriage, but my in-laws are lecturers in government colleges and it would be a problem for them to travel to India,” he said.

He claims that the Indian government is not putting in any effort to improve relations with Pakistan after the Pulwama attack. “What else could be the reason for this sudden change in India’s stand on Pakistan, if not the war hysteria built up by the media every now and then?” he added.

The older cross border couples concurred with Singh. They said that none of them have experienced such inordinate delay in getting visas.

“Earlier, the border was open, so we used to go to Umerkot on our camels. It’s only 130 kilometres from our village in Jaislamer. Usually, the bride’s side from Pakistan comes to India and the marriage is solemnised here. This was the first time when the groom went to Pakistan and now his wife is not getting the visa to come to India,” Rewant Singh Bhati, a resident of Jhinjhinyali village in Jaisalmer who married a Sodha woman from Pakistan in 2008, said.

Singh is not the only husband waiting to meet his wife. Mahendra Singh from Khejad ka Paar in Barmer district of Rajasthan was also married in Pakistan in January last year. His bride, Chagan Kunwar, too has not been able to get the visa.

Vikram Singh’s brother Nepal Singh also went to Pakistan along with him to get married. He was married to Kailash Kaur from Sindh in January last year. Her visa application too has not been approved.

Nepal Singh married Kailash Kaur from Pakistan’s Sindh in January 2019 but she was not granted a visa to come to India. Photo: By arrangement

Speaking to The Wire, Hindu Singh Sodha, founder of Pak Vishthapit Sangh, a Jodhpur-based organisation that works in the interest of Pakistani refugees in India, said, “The attitude of the Indian Embassy towards the Pakistanis is rough. They have even blacklisted several families.”

“The Sodha Rajputs marry in India due to their rigid gotra system. Indian husbands want their wives from Pakistan to move here. This requires a visa from the Indian side, but this simple request has unnecessarily been made so complex,” he added.

Hindu Singh Sodha says that the Indian government should at least give a reason for denying visas to the Pakistan women.

“They follow all the procedures prescribed by the Ministry of External Affairs (MEA) but their visa applications are still not processed. If there is some flaw in their application, the ministry must mention it,” said Sodha.

He urged the Indian government to reconsider the applications of the women on humanitarian grounds.

“All this delay and denial will only sour the cultural relations between the two nations,” he said.

Also Read: Inside The Mad World of Indian and Pakistani Visa Rules

The Wire has sent e-mails to the Indian deputy high commissioner in Islamabad, the MEA and the Ministry of Home Affairs (MHA), asking about the status of the visa applications of the three women from Pakistan.

While the MHA did not respond, the deputy high commissioner in Islamabad replied. “Due to privacy reasons, we don’t comment on individual cases. We follow a streamlined process while considering visa requests from Pakistani passport holders. This process includes submission of all mandatory documents along with the application. These applications and documents are scrutinized and sent for clearance to Foreigners Division, Ministry of Home Affairs. Once the clearance is received, the visa is endorsed,” he said.

“Currently, Pakistan has shut borders with India, and, due to COVID-19 regular visa services for Pakistani nationals are suspended,” reads the reply.