After a 101-Day Sit-in, Shaheen Bagh Protest Cleared Due to Coronavirus Lockdown

Not just Shaheen Bagh – the lockdown measures put in place during the pandemic has resulted in a number of anti-CAA protest sites across the country being cleared. New Delhi: The Shaheen Bagh anti-Citizenship (Amendment) Act sit-in protest was removed by the authorities on Tuesday morning, 101 days after it first began on December 14.

Police went to the protest site at 7 am on Tuesday. “They were not clearing the protest site despite repeated persuasion. When they refused to clear up, they were removed forcefully at around 7:30 am,” a police official told NDTV.

Since 6 am on Monday morning, the Arvind Kejriwal government has put Delhi in a state of lockdown to prevent the spread of coronavirus. Only essential service providers are allowed to move around the city, and Section 144 (which prevent gatherings of more than four people) has been imposed across the city. Most public transport has closed.

The police removed materials put up by the protesters over the last 101 days – including artistic banners, a large standing map of India and a model India Gate.

Delhi: Delhi Police clears the protest site in Shaheen Bagh area, amid complete lockdown in the national capital, in wake of #COVID19 pic.twitter.com/4IYvGCqyFL

Last week, Shaheen Bagh protesters had said they would limit the size of their protest to 50 to comply with the Delhi government’s orders. On Sunday, during the ‘janata curfew’ called by Prime Minister Narendra Modi, only five women remained at the protest site, symbolically, sitting at a distance from each other.

Protesters had told The Wire that while they understood the dangers of coronavirus and were taking adequate precautions including sanitising regularly, they felt the threat of the Citizenship (Amendment) Act was much larger than the dangers of COVID-19. “We understand that coronavirus outbreak is deadly, but for us, CAA, NPR and NRC are equally deadly,” one woman had said.

Not just Shaheen Bagh – the lockdown measures put in place during the pandemic has resulted in a number of anti-CAA protest sites across the country being cleared. In Delhi, the Jaffrabad, Hauz Rani, Jamia Millia Islamia and Turkman Gate protest sites were also cleared. The sit-in protests in Mumbai, Deoband and Lucknow are also no longer on.

Also read: The Virus of Our Discontents

In Mumbai, women who had been protesting since January 26 called their protest off on March 22.

“This is just a momentary break. We understand the situation right now and don’t want to cause any kind of inconvenience. Once the situation gets better, we will organize and agitate once again,” said one of the protestors.

The protestors in Mumbai have been demanding that the tri-party state government led by the Shiv Sena, Nationalist Congress Party and the Congress assure them that they would not allow NRC, CAA, and NPR implementation in the state. “Our demands have been simple and this was well in the capacity of the state to assure us,” Barira, one of the core committee members, told The Wire. 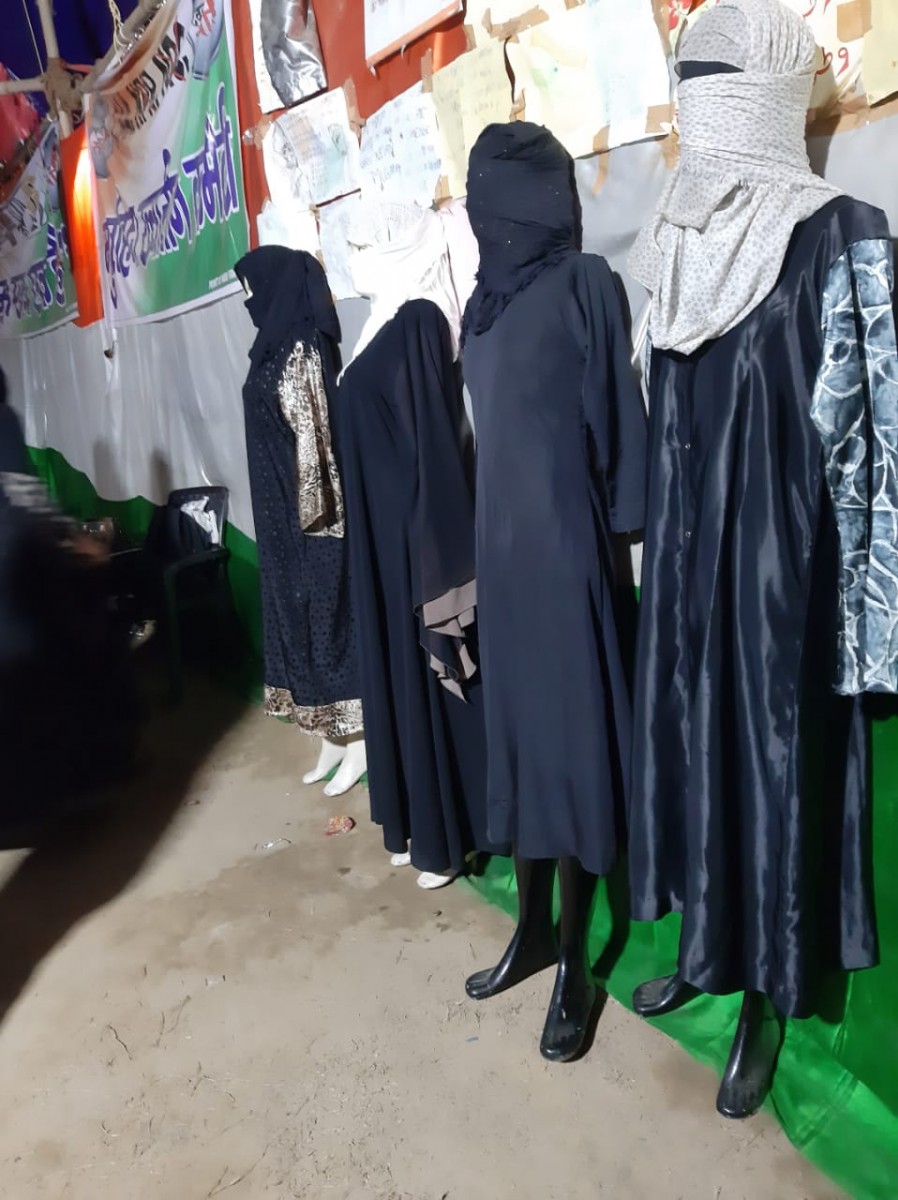 Burkhas left behind by the Deoband protesters. Photo: Special arrangement

In Deoband town of Saharanpur district in Uttar Pradesh where women began their sit-in protest on January 27, the protests have been stalled until April 4. In a letter issued on March 23, the protestors’ core committee has stated that the decision was taken keeping in mind the extraordinary situation that has arisen in the country because of COVID- 19. The letter by the Deoband protesters.

The protesters have placed a CCTV camera at the protest site and have decided to monitor the space closely.

Similarly in Lucknow, women called off the protest and said they will come back once the lockdown is lifted.