Taking a step back to be able to move forward is a good compromise. It requires courage to withdraw a popular movement. 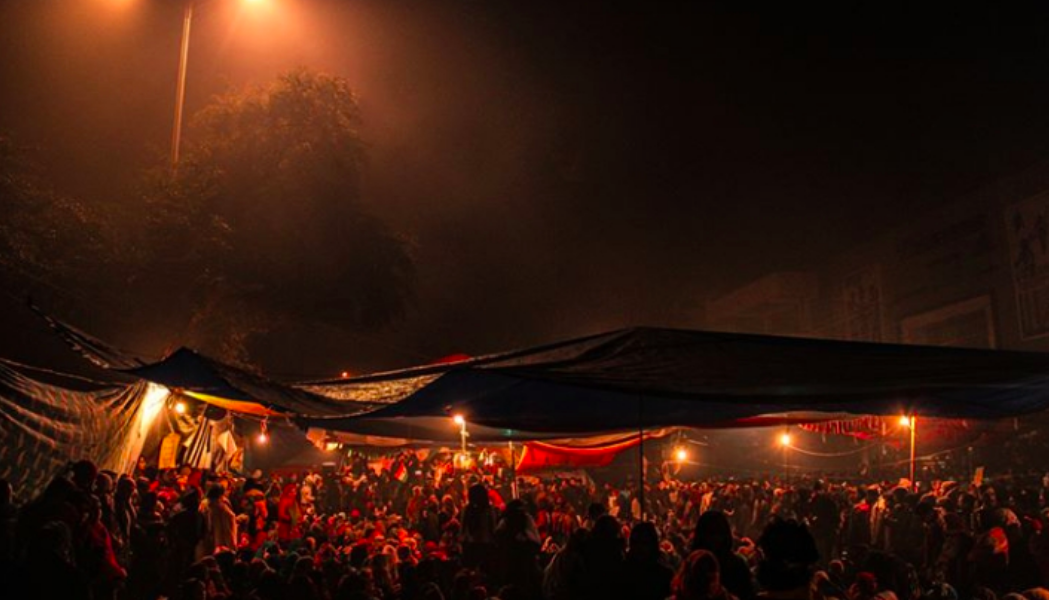 The Shaheen Bagh protesters are being requested to withdraw or suspend their sit-in, in the light of the threat that the coronavirus presents. Friends inform me that some of them actually went to the protesters and tried to explain that such a gathering might increase the chance of the infection spreading fast.

Their response was that they would rather die of this infection than allow the government to send them to detention camps and let them die there slowly.

My young friend writes that it is sad to see the fear of death going out of them.

An indefatigable leftist scholar however lauded the “brave response” of the women of Shaheen Bagh and called the whole Corona affair an “imperialist conspiracy”. If we leave aside such lazy conspiracy theorists, another response to this post was that it was not a question of only their lives. By continuing with their protest they were endangering their surroundings and possibly the whole region and environment. They have no right to do that.

There is a genuine apprehension of the protest site turning into a time bomb. It is not an imaginary scare, it is very real.

The argument against is that we have slums, night shelters and now relief camps which are in a similar situation. Why are only the Shaheen Baghs being singled out? This is not a good argument. Involuntary associations cannot be compared with situations like those at Shaheen Bagh.

There are other reasons, equally compelling, to withdraw the sit in at Shaheen Bagh and those inspired by it. Before going into them, let us first accept that Shaheen Bagh is a unique experiment by a community to register its claim over a nation in which nearly all political forces seem to have lost interest in representing them or addressing their concerns. It was brave if we take into account the hostility and cruelty that the protesting Muslims had to face not only from the police or the government but also from the courts.

The many Shaheen Baghs forced the country to take note of the concerns of Muslims. It was the first “almost all women led “ protest on an issue which was not a woman-only issue.

Shaheen Bagh fought with all stereotypes that non-Muslims have about Muslims. Those who went to these sites came back educated and refreshed.

Civil society workers and activists flocked to these sites. Some political leaders too registered their presence. But very few of them made their own effort to take the message of Shaheen Bagh to other communities. Neither the Dalit nor the Other Backward Classes’ leadership talked to their communities about the anxieties that had led to the Shaheen Bagh protests.

In the absence of any discussion about the real nature of Shaheen Bagh, it was only the disinformation campaign of the BJP, amplified by the big media, which was reaching ordinary Hindus. All kinds of conspiracy theories were spun and a ‘Hindu mind’, historically prejudiced against the Muslims, readily believed in them.

We need to think and answer why Shaheen Bagh did not evoke the same response in all Indian minds.

The words evoke hope in one mind, hatred and disgust in another.

We know that words are signs that are deciphered by people to make meaning for themselves. Every person does this from his or her own unique position, which is determined by his or her individual and community histories and memories, but in our times also largely by political alignment.

Shaheen Bagh helps us understand how the same words are decoded in diametrically opposite ways by two different kinds of people. Let us call them Hindus and Muslims. I am saying this well aware of the charge that I will have to face. So let me accept fully that I am taking recourse to simplification here, and with good reason. Hindus who are liberal, democratic and also secular need not be offended by this simplification.

As things stand today, Hindus with these ‘foreign’ traits are denied Hinduness. They try very hard to claim it but they are derided as ‘libtards’, ‘sickulars’, ‘the Khan Market gang’ or ‘urban Naxals’. Their attempts to be heard as Hindus have failed.

Therefore, the meaning they attach to the words Shaheen Bagh is not the ‘true Hindu’ meaning of the words.

Shaheen Bagh throws a brutal light over the chasm that exists between the Hindu sensibility and the Muslim sensibility in India. The last two months could have been used to bridge this divide. It did not happen.

What happened instead was the bloodshed in Delhi, a pogrom targeting Muslims. Many protest sites were ransacked, and the whole of north east Delhi devastated. The poison spread by the BJP worked. Combined with the organised violence against Muslims.

The image of the defiant protestor has given way to the image of a grieving community. One needs to ask why did we reach here.

At this stage, some of us issued an appeal to Shaheen Bagh to withdraw and prepare for the next phase of struggle.

We were criticised for having done that. We have been told that we did not have the authority to do that. When I shared all this with a Muslim friend, he said that it was the duty of all movements, especially those which are identity-based, to create empathy for their cause.

This is a difficult thing to do in a country like India which has largely been a divided society and where the idea of sharing of spaces — so important for the project of nation-making — is still met with resistance. And yet, it is essential if a movement such as Shaheen Bagh is to make any significant headway here.

My friend thought that the inability and unwillingness of non-BJP forces to undertake this exercise of expanding the idea of the nation as a shared space has left the field open for the divisive politics of the BJP.

It would be impossible for Shaheen Bagh alone to fight the battle of reclaiming our democracy and building solidarities.

So, has Shaheen Bagh been futile? Has it achieved anything? It has certainly given the Muslims of India the confidence that they can speak as citizens with their Muslimness.

But it has also revealed to them the real face of the other India that is built on exclusion and perpetual hierarchies. The democratic battle that is Shaheen Bagh is necessary, but democratisation of the Hindu mind is the greater challenge, and it is a challenge for all those who call themselves democrats.

It cannot be done without curing Hindus of the disease of anti-Muslim and anti-Christian hatred. That is a task which Shaheen Bagh has thrown before us.

It is for all the democratic forces to accept this challenge.

Like an honest movement, it needs to recognise the limitations of the times in which it is working. We would need a different instrument, different approach, a different language to address these limitations. It requires long and deep thinking.

Taking a step back to be able to move forward is a good compromise. It requires courage to withdraw a popular movement.

And we should understand that those who don’t know how to take a step back cannot move forward.