Sex Workers Need to be Seen as Labour, Not Victims

The re-conceptualisation of sex work as a form of sexual labour will increase sex workers’ accessibility to resources, mobilise them for representation and participation, and challenge social exclusion. 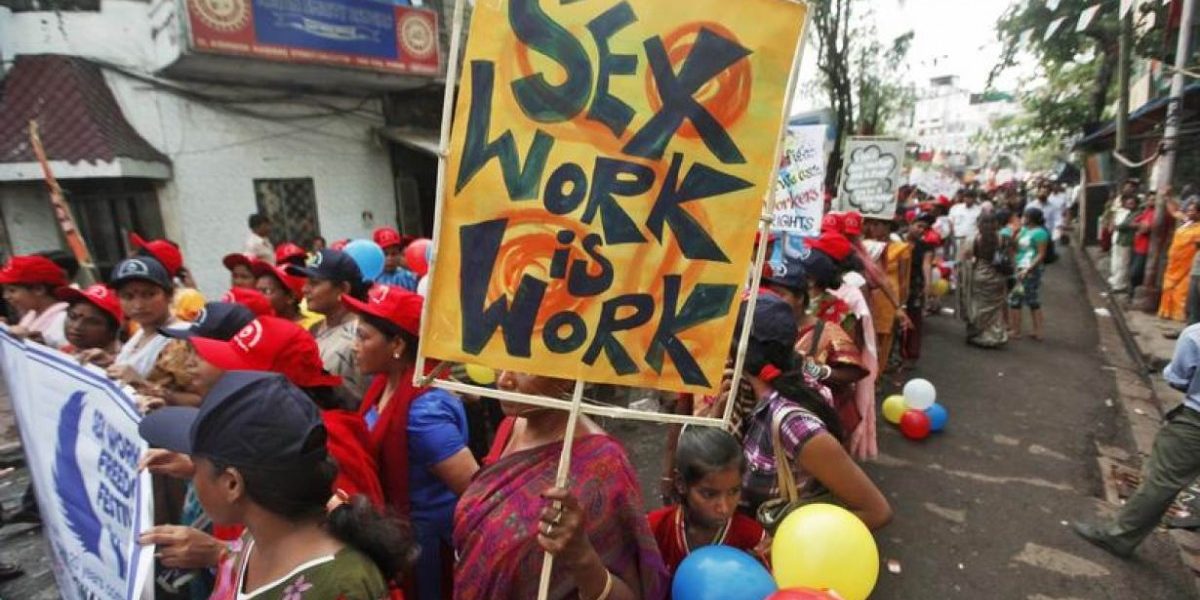 Participants take part in a rally as part of the week-long sex workers' freedom festival at the Sonagachi red-light area in Kolkata July 24, 2012. Photo: Reuters/Files 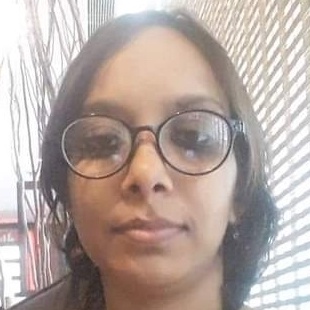 One of the most unsettling debates in contemporary India has been on sex markets and sex work.

Stemming from obscurantist sexual moorings of orthodoxy, the public impulse has been fragmentary. The premise underlying the internal contradiction is the delusive alienation of labour and sex.

There are three dominant paradigms to examine sex work. The first treats it as a deviant behaviour-anomie embedded in traditional stigma; the second considers it a quintessential type of gender relations subjected to oppression and violence against women; and the third focuses on the empowerment aspect of sexual commerce.

In ancient societies, poverty pushed women’s sexual labour to ruler’s wealth and status. Hidden legitimacy was founded on the necessary fulfilment of the sexual needs of men, particularly when heterosexist marriage was required to preserve women’s chastity. The origins of modern sex work are tied to the ascendancy of patriarchal kinship systems in which women were ritually exchanged as mere gifts among families.

In both contexts, masculinities were specific in structuring the conditions of vulnerability in sex work.

Public morality discourses sanction sexual relationships only in certain socially defined contexts, particularly marriage. Outside marriage, sex is ‘perverse’, ‘immoral’ and ‘sinful’. It is a rupture of the misogynist link between sex, love and reproduction. Women’s exercise of their sexuality itself is perceived as a threat to societal stability.

Corollary to this are the forbidden anxieties about the stigma and demonisation of sex work. Unless the core idea of ‘sex as work’ is delinked from the normativities of sexual morality, it cannot be premised on the questions of legitimacy, identity, labour rights and decriminalisation.

Globally, there are broadly four distinct approaches to laws governing sex-work. The first is prohibition, which entails the criminalisation of sex work; the second is the abolition of sex-work; the third is regulation, which involves government licensing and regulating the sex-work business; and the fourth is decriminalisation, which removes all criminal prohibitions for the acts of consenting adults in either purchasing or selling sexual services.

Feminist dilemmas revolve around sex workers being subjected to systemic patriarchal exploitation. Obviously, sex work involves varying degrees of coercion, resistance and agency. While the inherent risk of violence and oppression cannot be dismissed, it is equally significant to recognise the need for the protection of rights. The danger of prosecuting women for selling sex lies in compounding their victimisation while criminalisation will force sex workers to go underground to protect customers.

The complex systems of regulation in Germany and the Netherlands have sought to reduce the harms of sex work rather than call for its elimination. New Zealand, on the other hand, has adopted the decriminalisation model.

Be it any model, the costs of the vulnerability of sex workers and their well-being must be legitimate moot-points of policy making.

I argue that the conceptual shift has to be from regarding sex workers as merely exploited victims to sexual labour. Consensual sex work should be recognised as paid labour. A re-conceptualisation of sex work as a form of sexual labour will increase sex workers’ accessibility to resources, mobilise them for representation and participation, and challenge social exclusion.

A more conscious and non-discriminatory regulatory framework that protect the rights of sex workers through labour legislation; ensuring workplace health and safe working environments; and legal support for redressal in case of injury, abuse and unfair treatment are all needed.

According to government statistics, there are over two million sex workers in the country. Be it G.B. Road in Delhi, Sonagachi in Kolkata or Kamathipura in Mumbai, sex work is widely prevalent in both rural and urban areas. And in India, the Immoral Trafficking of Persons Act (ITPA) does not punish prostitution. What is punishable is sexual exploitation, commercial sex, the running of a brothel or seducing another person.

Judicial decisions on the rights of sex-workers have vacillated between empathy and contempt. Firstly, the discourse largely tilts towards portraying the sex worker as a victim rather than as an autonomous agent capable of decision making. Secondly, there is an apparent tension between fundamental Constitutional guarantees and the corporealities of extreme marginalisation for such women.

As early as 1997, in Gaurav Jain versus Union of India, the protectionist approach of the court exacted the right to equal opportunity, care and protection to children of sex workers. The court, in Manoj Shaw versus State of West Bengal, issued directions for sex workers to be considered victims. In several other decisions, the court backed the right to life and dignity of sex workers under Article 21 of the Constitution.

A faint idea of sex work-by-consent underlined the court’s assertion of the fundamental right to carry a vocation of one’s choice in Kajal Mukesh Singh and Ors. versus State of Maharashtra. There is a definitive disquisition in Delhi versus Pankaj Chaudhry and Ors that a women’s character is unquestionable, even if she is of easy virtue or habitual of sexual intercourse. However, such a framework is rejected by the larger rectitude of the society. The condemnation dismisses any negotiation of the rights of women engaged in sex-work.

The recent order by the Justice L. Nageswara Rao-led three-judge bench Supreme Court is a historic reiteration of the Constitutional will towards every citizen’s right to live with dignity.

It unfolded a non-discriminatory humanitarian framework of entitlement to women who have been disadvantaged because of their profession. It is retributive in the sense that it redirects state intervention to be protectionist and welfare oriented towards sex workers. The role of the police is circumscribed to neither interfere nor take criminal action against consenting adult sex workers.

Significantly, it upheld the basic protection of human decency and dignity to both sex workers and their children.

Social respectability to sex work can be achieved only when social and legislative changes go hand-in-hand. Like Martha Nussbaum writes, there is a need for greater public engagement with the issue without either “aristocratic class prejudice” or “fear of the body and its passions”. Till then, ‘Who says Sex is Work?’

Anita Tagore is Associate Professor in Kalindi College, University of Delhi. She holds a doctorate in political science with a degree in law.