Lawyers believe that contempt laws should be used more for when the executive flouts laws rather than for individual utterances. 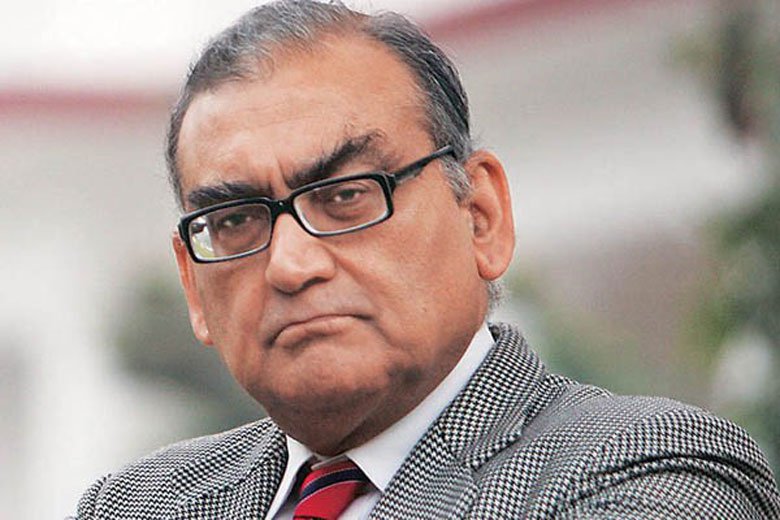 New Delhi: The Supreme Court may have closed contempt proceedings against former judge Markanday Katju after he apologised for the remarks he made against the court’s judges in a social media post, but the issue has left open several questions about the rights and the freedom of speech and expression of those who question or criticise court judgments in the media or on social media platforms.

Katju had made his observations while reacting to the apex court’s judgment in the Kochi rape and murder case. Subsequently, the Supreme Court had summoned him to appear before it on November 11. During the course of the hearing that day, there was a heated argument between Katju and Justice Ranjan Gogoi who was heading the bench and the former was escorted out of the court.

Thereafter, the Supreme Court had slapped a contempt notice on Justice Katju. Though Katju had initially told the media that he was not afraid of the contempt order, on December 10 he apologised for criticising the judges and in an application said: ““I am ready to read out the apology before the open court.” Katju, who was represented by senior advocate Rajeev Dhawan, also noted in his two-page application that he respected the judiciary and had deleted the post.

Though that issue may have been settled, legal experts believe that the episode has highlighted that the contempt laws are not being used exactly as they are intended to be used. As for the episode involving the former judge, they insist that it is just one in a very long line of similar incidents.

Subsequently on December 10, Justice Katju apologised before the apex court for writing the Facebook post in which he had criticised its judges and their order in a case of rape and murder.

Gautam Bhatia, an advocate in Delhi high court, who had written a book titled “Offend, Shock, or Disturb: Free Speech under the Indian Constitution”, while speaking to The Wire said the jurisprudence on this is pretty clear and the legal test, which is the test that has been derived from English common law and is accepted both by the Indian supreme court and the Parliament, through its statute on the matter or the Contempt of Court Act, is very clear that “there must be a substantial risk that the statement made would interfere with the course of justice so it has to reach that level.”

In other countries, like South Africa for example, Bhatia said the kind of statements that would qualify would probably be if you would attribute racial bias to a judge because then you would be attacking the impartiality of a judge on a very serious issue. “But unfortunately in India,” he said, “judges have often not followed the standards”.

This is true because other experts in the past have also referred to how other countries have opted to become more liberal regimes. For example, in the United Kingdom, they insist, the courts have rarely used the power of contempt to prosecute individuals for scandalising them. Similarly, in the United States, scandalising is an unknown phenomenon and the courts only initiate action for contempt when they deem that there has been ‘clear and present danger’ to the administration of justice. India remains a different story altogether.

“In fact,” according to Bhatia, “Justice Katju’s contempt proceeding is more the norm than the exception because in 1970 when then chief minister of Kerala E.M.S. Namboodiripad had accused the judiciary of class bias, the Supreme Court had convicted him for contempt of court.” Justice M. Hidayatullah, who later on went on to become vice-president of India, had observed in the case that: “To charge the judiciary as an instrument of oppression, the judges as guided and dominated by class hatred, class interests and class prejudices, instinctively favouring the rich against the poor is to draw a very distorted and poor picture of the judiciary. It is clear that it is an attack upon judges, which is calculated to raise in the minds of the people a general dissatisfaction with, and distrust of all judicial decisions. It weakens the authority of law and law courts.”

Bhatia said the judge had gone into a long analysis of what Marxist theory actually says and noted that Namboodiripad had not understood it and actually fined him for contempt. “This shows that even though the formal standard is a very high one, in practice the judges have been applying it in a little lax manner.”

Bhatia, who had gone into the constitutional debates to some length in his book, said, “it is very unclear what the framers of constitution meant when they put contempt of court into Article 19(2). Contempt of court has three different meanings. One is that pertains to disobeying a court’s orders; the second is when a very sensitive matter is sub-judice and the court has passed an order saying that no one will report on this until we have decided the case because we do no want media trial and someone breaches that; and the third is this of scandalising the court, of which Katju was accused.”

As such, he said, “if you look at the constituent assembly debates, all three understandings are at play and it is very unclear which one is espoused finally. The framing of the constitution is very ambiguous on what it wanted.”

In fact, Bhatia had in his book pointed out how when T.T. Krishnamachari had suggested the inclusion of contempt of court as one of the permissible limitations to free speech, among those who had challenged his argument was Pandit Thakur Das Bhargava, who believed that powers to reprimand contempt concerned only actions such as the disobedience of an order or direction of a court. As for speech in criticism of the courts, he had argued that it ought not to be considered as contumacious as that would only open up possibilities of gross judicial abuse of such powers. Several decades later his prophecy and fears appear to be holding true.

On what bearing this episode will have on existing freedom of speech and expression, Bhatia said the contempt jurisdiction has existed for a long period of time. He said the manner in which author-writer Arundhati Roy was held in contempt in 2002 was also ironic because her statement was cited in defense. “So, Katju incident is just a piece of what has been happening throughout. I think it would not have a specific impact on its own right. This is just one more instance in a continuous line.”

Supreme Court lawyer Nitya Ramakrishnan believes the powers of contempt should be used more in areas where the executive flouts the apex court orders and less in the matter of ‘utterances’.

“So many rulings, particularly those related to human rights, police powers, custodial norms and police reforms, are blatantly violated. In letter and in spirit orders of the court that vitally affect the people are routinely flouted by the executive. In the Chhattisgarh case, after the Supreme Court categorically ruled against state sponsored vigilantism of any name or kind, the state government has actually passed a law legitimising it. Those are the kind of cases in which one would like to see more contempt action,” she said.

On the issue of utterances or expression of opinion by individuals, she said: “I think the contempt powers should be used more sparingly.”

Elaborating on the aspect, she remarked: “Expressions could be in bad taste, or extreme or simply unfortunate. By their own steam they may invoke revulsion in the reader, it is not necessary for courts to react every time, because their dignity really doesn’t come from shutting people up. It comes from within rather than without.”

Asked if some kind of amendments are needed to the contempt laws, she said: “I think it is much more about the use of the power than the letter of the law. Obviously you need the power to punish for contempt, you can’t do away with it altogether.”

“Was ignoring his utterances the better course than summoning Justice Katju is really the question worth pondering over. Undoubtedly courts have the power to haul people up or contempt, including for expressions, but the question is whether it is wise to be be using that power,” Ramakrishnan reasoned.