Law enforcement in Gujarat left no stone unturned to ensure Bhatt was incarcerated. That deviates significantly from the norm.

New Delhi: While Sanjiv Bhatt’s sentence to life imprisonment in a 1990 custodial death case has raised questions once again on the consequences of the IPS officer’s claims about Narendra Modi’s role in the 2002 riots, a Times of India report has shown that Gujarat isn’t in the habit of punishing other policemen accused of the same crime.

The report highlights, with the help of data accessed from the National Crime Records Bureau, that as many as 180 custodial deaths took place in Gujarat between 2001 and 2016 (the last year for which numbers are available). However, no police personnel have been punished for any of these deaths in this time.

The countrywide numbers are even worse — only 26 policemen have been convicted for 1,557 custodial deaths, most from Uttar Pradesh.

Notwithstanding the dire need for accountability in the police force, the figures draw attention to the context in which Bhatt (along with another policeman, Pravinsinh Zala) was found guilty in a case that is nearly 30 years old.

Also read: We Must Recognise That Discrimination Plays a Large Role in Custodial Torture

Bhatt’s case dates back to November 1990, when he had detained several people (the numbers vary between 110 and 150 in different reports) for rioting in Jamjodhpur town on the day of a Bharat Bandh, called to coincide with the end of Bharatiya Janata Party veteran L.K. Advani’s rath yatra. The 1988-batch IPS officer, who was then additional superintendent of police of Jamnagar district, had been send to Jamjodhpur by then superintendent of police, T.S. Bisht, Indian Express has reported.

Among those detained was one Prabhudas Vaishnani, who was released on bail after nine days and allegedly died ten days after his release, while undergoing treatment in a hospital. His brother, Amrutlal, had then filed a complaint alleging custodial torture against Bhatt and eight other policemen. To Express, Amrutlal said that Prabhudas was a farmer and not responsible for rioting at all.

Cognisance of the case had been taken by a magistrate in 1995, but its trial had been stayed by the Gujarat high court till 2011, when the stay was vacated.

A week ago, last Wednesday, the Supreme Court had refused to entertain Bhatt’s plea seeking to examine 11 additional witnesses in the case. The former policeman had moved the apex court claiming that while nearly 300 witnesses had been listed by prosecution in the case, only 32 were actually examined. Many crucial witnesses, including three policemen who were a part of the team which investigated the offence, were left out, he had claimed.

The Gujarat government had termed Bhatt’s move a “tactic to delay the trial”. 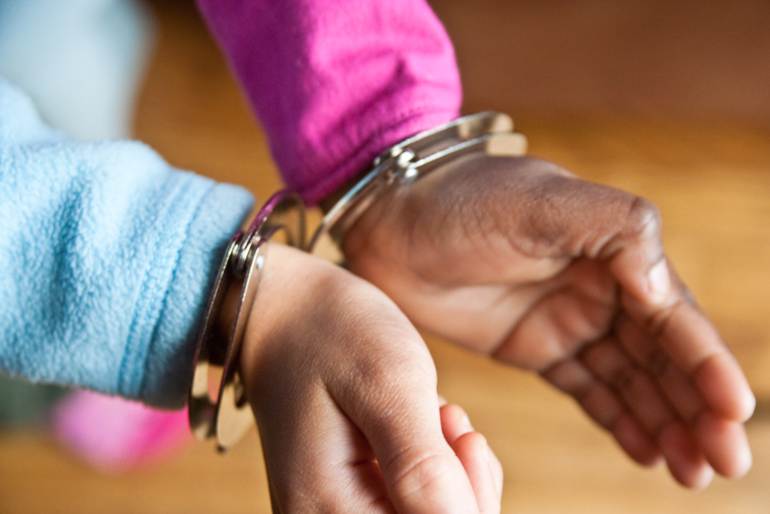 A report released by Human Rights Watch in 2016 revealed that 591 people had died in police custody in India between 2010 and 2015 alone, according to official data. Representational image. Photo: Steven Depolo/Flickr (CC BY 2.0)

In what is no great testament to either the legal system or the concept of accountability in Indian law enforcement, the narrative surrounding custodial deaths until now has largely focused on the lack of action taken against police personnel. A much talked about report released by Human Rights Watch in 2016 revealed that 591 people had died in police custody in India between 2010 and 2015 alone, according to official data. Police, the report revealed, were loath to follow arrest procedures, their impunity bolstered by a system that allows them to blame such deaths in custody “on suicide, illness, or natural causes.”

While the NCRB data considered by TOI for their report does not mention figures relevant to the period during which the custodial death for which Bhatt has been convicted took place, a 1992 Amnesty International report on the issue in India quoted 415 custodial deaths in the country between 1985 and 1991. The report notes that within that period, only two cases of action having been taken in situations of custodial violence had come within the purview of the surveyors.

The first was for a case of the rape of a tribal women in 1986. A Supreme Court commission investigating the allegation found sufficient evidence to conclude that four police officers and two doctors could be charged with “having hatched the conspiracy for destroying the evidence and thereby keeping the accused constables from being prosecuted in a court of law”.

“The most recent case known to Amnesty International resulted in a Gujarat High Court judgment on October 23, 1991; six police officers were sentenced to six years’ imprisonment for beating Kantuji Mohansinh to death in 1982 and destroying the evidence of their offence. The same police officers had previously been acquitted in May 1983 but, in the only such case known to Amnesty International, the state appealed against that judgment to the court which set aside the acquittal and convicted the police officers.”

Indeed, like the Amnesty report suggests, the untold custom is that of the state government championing the cause of its police in cases of custodial violence or deaths. Which brings us back to the particular escape from custom seen in Bhatt’s case.

Gujarat law enforcement’s efforts in stripping Bhatt of his powers, sacking him, taking him into custody for a 22-year-old drug possessions case and arguing for his life imprisonment in the custodial death case can be considered particularly insistent.

His wife Shweta, in an interview to The Wire, had alleged likewise and detailed extraordinary steps taken to particularly humiliate and corner Bhatt and his family. Their security cover was allegedly withdrawn without prior intimation, agency officials allegedly walked into their bedroom as Shweta was asleep seeking to question her husband, and the municipal corporation allegedly sent labourers to demolish ‘illegal structures’ in their 23-year-old house.

The alleged harassment began in 2011, when Bhatt filed an affidavit in the Supreme Court claiming to have attended a meeting on the eve of the 2002 Gujarat riots. He alleged that Modi, who was then chief minister and is now prime minister, at the meeting asked senior IPS officers to to let Hindus “vent out their anger against Muslims” in the aftermath of the Godhra train carnage.

In the affidavit, he also alleged that it was discussed in the meeting that the bodies of the Hindu pilgrims who had died in the Sabarmati Express would be brought to Ahmedabad before being cremated. Senior police officials had, according to Bhatt, then advised against this as they feared it would incite religious violence.

Several police officers investigating the 2002 violence and the series of alleged fake encounters have reportedly been targeted by the Gujarat government and continue to face consequences of their involvement even now. Some of the officers targeted were Rahul Sharma and R.B. Sreekumar, who like Bhatt had deposed before the Nanavati Commission regarding the government’s culpability in the riots. Satish Verma, part of the SIT probing the Ishrat Jahan encounter case and Kuldip Sharma, who pursued a corruption case which involved Amit Shah, were also reported targeted.

In late 2018, a Rajnish Rai, a Gujarat cadre IPS officer who was the first investigator in the Sohrabuddin Shaikh fake encounter case, was suspended by the Ministry of Home Affairs.