Occupational Safety of Sanitation Workers Is Not Just a Technical Problem

Treating occupational safety for sanitation workers as a technical issue about personal protective equipment is not enough to understand the various elements involved, from changing behaviour to the larger context of sanitation workers’ lives.

At 8 am every morning, Murali, a de-sludging operator bids his two children goodbye and leaves his house. He cleans his vehicle, removes and tucks his chappals in a corner of his truck, and begins his workday.

As a de-sludging operator, his day comprises driving his truck to a customer when he is called, mechanically emptying (de-sludging) septic tanks or pit latrines, and carrying this waste for disposal or treatment. Murali reveres his vehicle as god and refuses to wear footwear inside. He has been told to wear gum-boots for his safety, but this interferes with his religious beliefs.

In addition, he narrates how his gumboots once caused him to slip. ‘Occupational safety’ thus lies at a complex intersection of beliefs, culture, design and trust, and less in technical specifications of ‘Personal Protection Equipment’ or PPE, a word that has become so much more common in the post-COVID era.

We will never address occupational safety if we approach it merely as a ‘technical’ problem that we need to solve.

While the near-invisible virus that made its way into our lives in 2020 continues to bring swathes of destruction, it managed to shine some light onto some invisible, dark places of society, and brought into spotlight among other things ‘frontline work’.

While we contemplated the meaning of the phrase ‘essential services’ from the safety of our homes, many braved the virus to serve us. Sanitation is one such essential service, with de-sludging operators such as Murali as frontline workers.

COVID-19 also brought to us new realities such as doctors and nurses demanding PPE kits and better safety protocols, and we finally understood that some kinds of work carry more risks, and some professionals need more protection. This is a place where we can begin to better understand the term ‘occupational safety’.

Also read: Across Waves of COVID-19 in India, Sanitation Workers Remain Most Ignored

The complexities of occupational safety

With or without COVID-19, occupational safety is a concern for a range of professions. While we’re now familiar with PPE, this is the last line of measures, when other steps fail.

In what is called a ‘hierarchy of controls for occupational safety’, there are a set of actions in decreasing order of importance –elimination and substitution (of hazards), engineering and administrative controls (related to changing technologies and processes), and finally PPE. 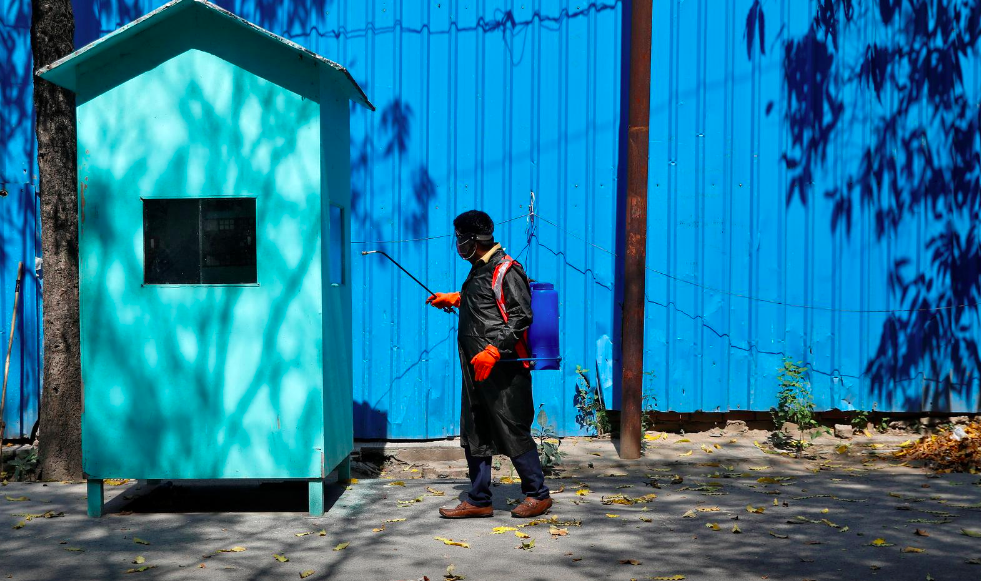 While this is common in formal industries such as petroleum and oil industries, this frame is yet to be accepted, much less implemented, in informal area like sanitation. A study was conducted in two cities in India to try and apply this pyramid to de-sludging operators.

In several cities, on-site systems (like pit latrines, septic tanks) are still cleaned manually which is a violation of both the Manual Scavenging Act, 2013, and of human rights. In such cases, the first step is to enable transition to mechanical systems like de-sludging trucks. However, even where mechanical de-sludging is in place (as in the case of the concerned study), there are safety concerns such as exposure of sludge.

A set of actions emerge in ‘elimination’ and ‘substitution’, which would involve changes in household behaviours such as not putting menstrual products, blades and miscellaneous items in toilets; and building proper septic tanks or pits. Then come the technological interventions like improvement in vehicle design and better tools. Then there are improvements in the process of desludging , and the institution of emergency protocols. Finally, there is better design and access to PPE. While these specific set of actions may interest only sanitation professionals, the larger learnings are unmistakable.

Informality and the sanitation sector

The informal nature of the sanitation work is one of the first things that affects planning and implementation of occupational safety. There is little standardisation across various aspects of sanitation – the design of septic tanks designs vary, de-sludging trucks are often retrofitted, and there is no standard PPE.

Additionally, climatic variations in India raise the question whether standardisation of equipment and processes will work universally. Further, enterprises who work on aspects like de-sludging are informal and often as small as just two people, who cannot afford the necessary investments. Any intervention or programme needs to recognises the nature of this informality for it to work.

While sanitation workers have to cope with several issues that arise out of the informal nature of their work, counter-productive narratives that assign blame on the workers are also common. ‘Sanitation workers are negligent about their own safety’, or ‘We tried giving them PPE, but they do not use it’ are commonly used lines.

Such narratives do not acknowledge the lived reality and knowledge of the workers. In our interactions with workers, we heard their (often valid) reasons for not using the PPE given to them, such as poorly designed gear that can actually increase their exposure to danger.

For instance, as in the case of Murali, gumboots that do not offer a good grip can lead to higher chance of injury from slipping.  We encountered reports of gloves causing boils and blisters, or hindering lifting of heavy items.

Further, even if workers are given equipment, they may not have the money to maintain them. Sometimes, they are simply not convinced about the efficacy or need for protection, something we saw across society in resistance to wearing masks during COVID-19. 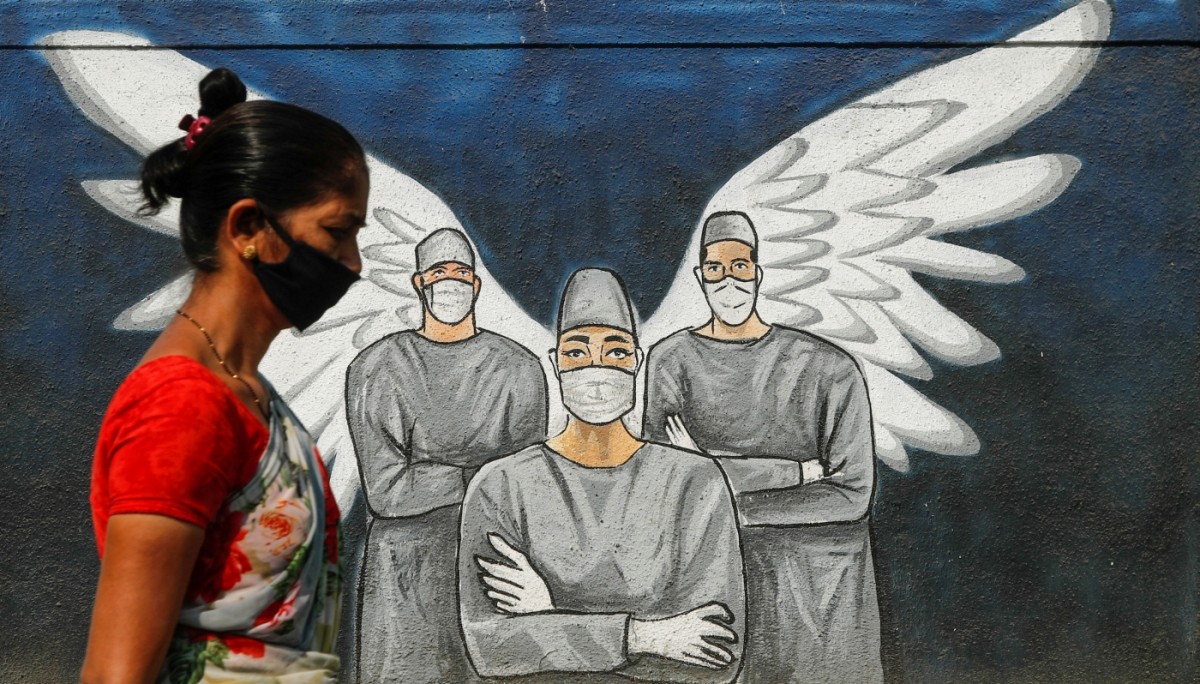 Responsibility for safety lies with multiple stakeholders, and not just sanitation workers. The ‘upstream’ aspects like changing household behaviour is required by the general public, as well as establishments. Local governments need to do more, including investing in safety tools and equipment for the enterprises. However, with COVID stretching their already fragile finances, this may not be possible.

Importantly, we need to listen to the sanitation workers, who have significant tacit knowledge, both about the risks they are exposed to, as well as indigenous methods to improve their safety. Thus, they must be included in the process, not as beneficiaries but as active participants.

Finally, occupational safety cannot be examined in isolation, and should take into account the overall well-being and empowerment of workers.

Occupational safety should be viewed within larger context of sanitation workers’ lives. COVID-19 has forced each one of us to assess one risk against another – the risk of venturing outside vs. losing our jobs, risk of travelling vs. never being able to meet a loved one. We have all made these decisions, invariably painful, and often foolish in other people’s eyes.

While infinitely more precarious than any of our lives, sanitation workers also make these choices.

When they ignore occupational safety, they may do so because their primary health and safety concerns might not be occupational safety ones. In absence of adequate social protection, other facers like their families not having access to medical facilities, unsafe home environment, and stigma and hostility from society might take precedence.

Kavita Wankhade works on sanitation and other urban issues. She is part of the Practice team at the Indian Institute for Human Settlements.

The author wishes to thank the sanitation workers who have let us into their lives with grace, compassion and often amusement, the team behind this specific study and other team members who are working on the ground with the community, and to Rekha and Archita for editorial support.