Remembering Samir Acharya, Who Fought to Preserve the Cultures of Andaman and Nicobar

The activist repeatedly insisted that instead of asking the tribes to change, non-locals needed to adapt to the islands instead of coming in with 'mainland thinking'. 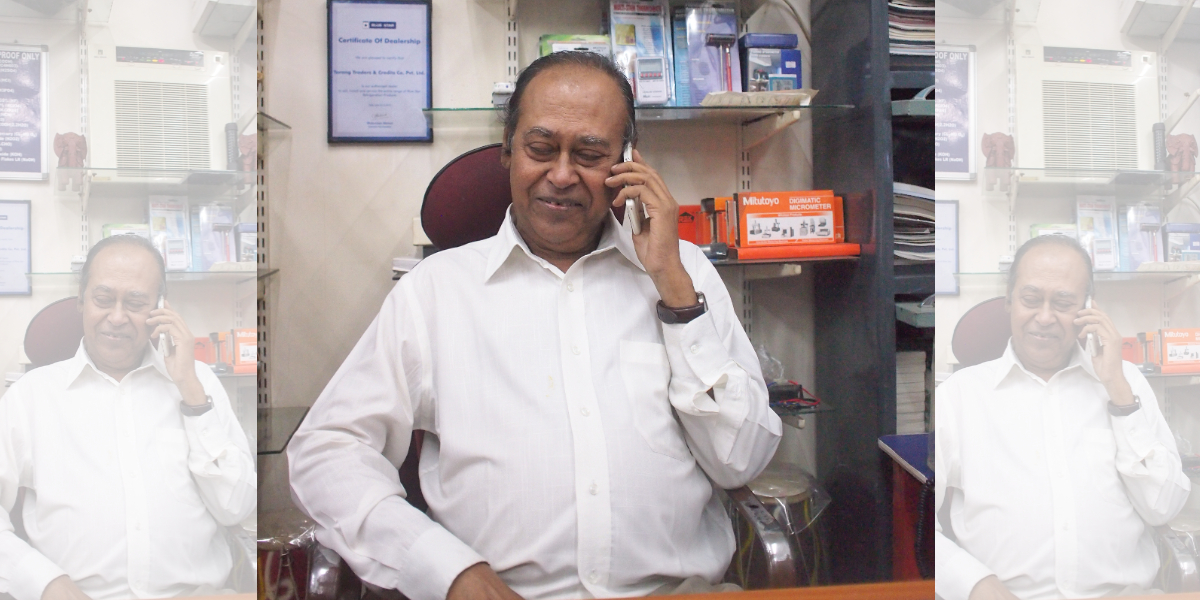 The Andaman and Nicobar Islands, closer to Indonesia than to India, hardly ever feature in the national consciousness. The last time the archipelago made national headlines was in 2003 and 2004 after the tsunami. And, yet earlier, when some members of the indigenous Jarawa tribe walked out to voluntarily contact mainland settlers on the islands.

This remoteness has allowed extraordinary impunity on the islands. Bureaucrats rule like kings. Local politicians push migration to the islands in the hope of adding to their votes. The local officials collude by understating population in the archipelago – as I found in 2004, the number of folks with names on ration cards is higher than what the census reported. Into the 90s, the Andamans, one of the most biodiverse parts of India – with rich, ancient rainforests – saw lots of logging. In the guise of extending ‘development’ to the tribes, the infamous Andaman Trunk Road was built as well, cutting through the forests where the Jarawas lived.

In the past, under British rule, several of the Andamanese tribes had come close to extirpation. So much so that the battered remnants of several were clumped together into a new tribe that we now call the Great Andamanese. See Madhusree Mukerjee’s The Land Of The Naked People, on the endangered tribes of the Andaman and Nicobar Islands, for more on this. Or see anthropologist Sita Venkateswar’s Development and Ethnocide. After Independence, that project of conquest continued. Every so often, there would be chatter about the imperative to ‘mainstream’ these tribes as though they have no say.

We will, obviously, not get into the inconvenient truth that every time India tries to ‘develop’ her tribal communities, they end up destitute, working as wage labour in our fields and factories and brick kilns. In Port Blair itself, some years ago, the son of Jirake, the king of the Great Andamanese, had been found begging.

Those are the battles the activist Samir Acharya, who passed away on Friday, October 16, fought. He opposed logging in the islands – apart from fishing, the biggest economic activity there – in the 90s and found himself wildly unpopular. Think of the guts this takes. To be a sole voice opposing logging while living amidst those gaining from loggers and an administration so unimaginative it saw logging of old-growth forests – not tourism – as the economic mainstay of the isles. And yet, he didn’t just speak out, he mounted legal challenges. In May 2002, when the matter reached the Supreme Court, it banned all felling in protected forests and told the Union Territory administration to remove settlers encroaching into those forests. It also ordered two stretches of the Andaman Trunk Road to be closed. In her book, Madhusree Mukerjee describes the aftermath:

A lunatic, a fraud, a publicity hound – such were the verdicts on Acharya. He was the most hated man on Port Blair, held responsible for the decimation of thousands of livelihoods. I found him at home one midday, unshaven and in a faded khurta full of holes, his eyes bloodshot and the inevitable cigarette dangling from his fingers. We sat on a bed to talk, for much of the furniture had been confiscated over a bank matter that in normal times would’ve been negotiable. Sensing the surge of popular anger, the member of parliament had withdrawn support for Acharya’s ventures.

He might have saved the Andamans, but I wasn’t too sure Acharya could save himself. “It’s a great democracy,” he insisted. “I am alive still, my family is unmolested, I’m permitted to fight.”

The local administration, by the way, disregarded the SC order. To this day, convoys continue to run down the Andaman Trunk Road, with passengers craning necks in the hope of seeing the Jarawas.

What they didn’t see was what he did. Members of the tribes deserved greater consideration. As he told Rediff in an interview shortly after the 2004 tsunami: “Each island has its own culture, tradition which is unique. They are not one tribe. Like we say all Chinamen look alike but we know there is great diversity among them. Similarly is the case here. So it will be a unique loss of culture. Each island has a very small population. Each has its own culture. If one island also gets wiped out it will be the loss of an entire culture, a whole tradition.” (He was talking about the Nicobarese but that point applies to all the tribes in the archipelago).

For a long while, Acharya was a lone voice – fighting for the tribes and the forests, and warning about unsustainable development. As its population grew, the archipelago had reached a point the rest of the world is still moving towards. It had outstripped its carrying capacity and, moored in the middle of the Bay of Bengal, had no way of importing fresh water. Every summer, ergo, it faced an acute water crisis. By 2004, when I first went to the isles, the local administration had begun granting mass leave every summer in the hope people would go back to the mainland, leaving more water for the folks who stayed on. 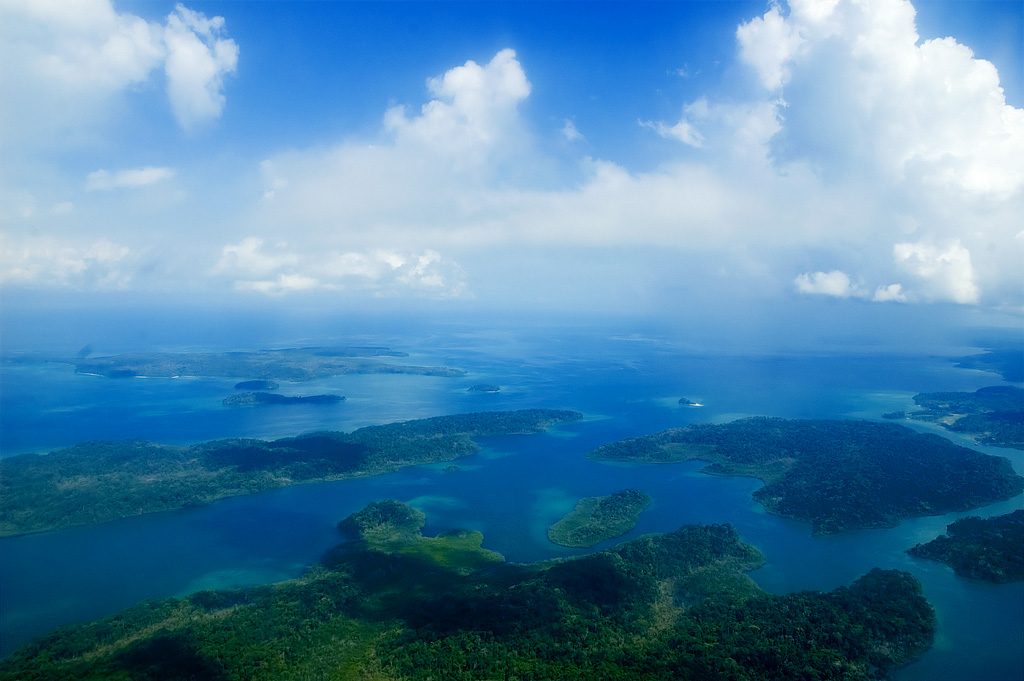 Administrative decisions compounded the crisis. With deforestation, the isles’ capacity to retain rainwater fell – rainwater ran off denuded slopes instead of recharging aquifers. Its other response, to create a fresh water lake by creating a giant sea wall at Flat Bay where the creek emptied into the sea, boggled the mind as well. The cost? Rs 300 crore. What the UT was not doing was rainwater harvesting, even though the isles got soaked by both the southwest and northeast monsoons. Mainland thinking again, Acharya had told me at the time.

That was not all. Dredging beaches for sand (for construction) resulted in silt settling on corals, which reduced local fish population, and weakened fisherfolks’ livelihoods. Even the Andaman Trunk Road, he said, was an instance. People in archipelagoes take boats, and know how to swim. The settlers, said Acharya again and again, needed to adapt to the islands instead of coming in with mainland thinking.

For this reason, when Jared Diamond’s Collapse (on how unravelled ecological foundations were the undoing of disparate societies) came out, he was an avid reader. In the Andamans, that process of a society weakening its ecological foundations was unfolding in front of us. Chats followed where we wondered if we could tell Diamond about the Andamans.

If his perseverance and acuity made me respect him, his gentleness made me love him. I write such obits, I think, to lock down my memories of those who leave. What the brain throws up today is a hazy memory of talking to Acharya on the phone in December 2004 about what I had seen while travelling in the islands, and then meeting him at his shop just before I was to leave. It was in that chat, when I told him the local census office had pooh-poohed charges of under-counting people, that he wryly told me to ask the ration department how many people took rations.

I was a business reporter at that time, yet unsure if I could become an environment reporter. Acharya was one of the first people who made me feel I was on the right track. And then, we stayed in touch. I met him whenever he came to Delhi. He wrote me a very generous reference letter when I was applying for higher studies. 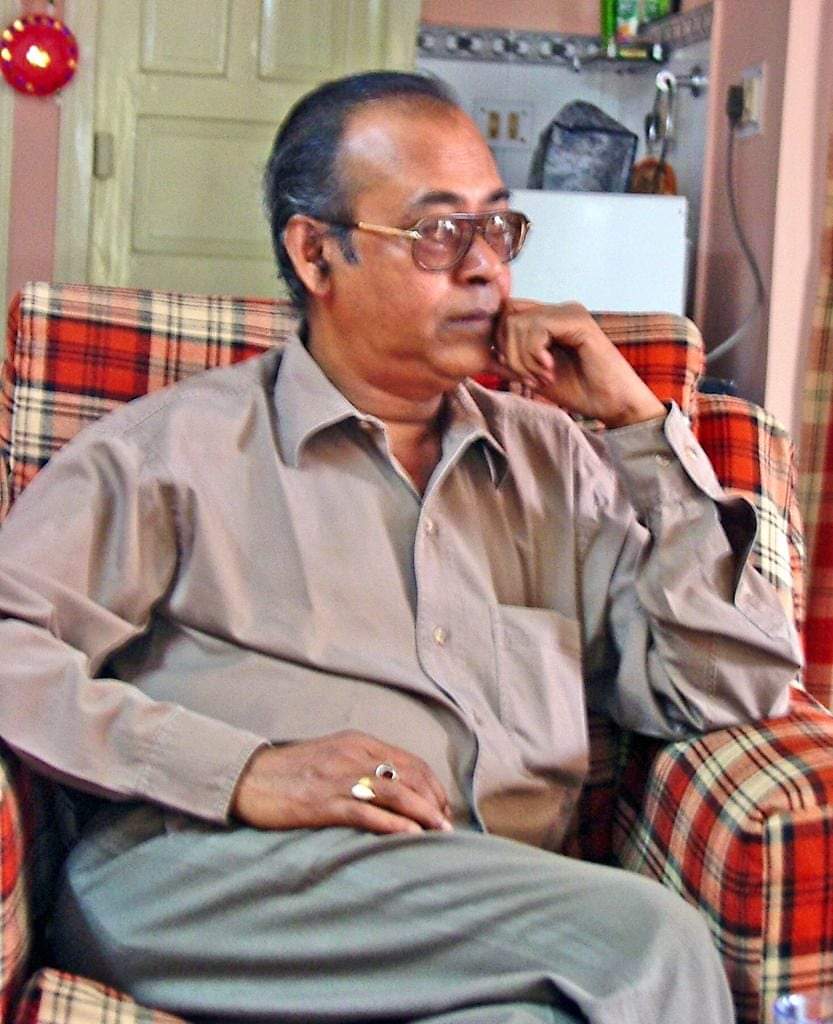 At Tarang Trades, the shop he ran in Port Blair, one found an unlikely assemblage of microscopes, chart paper, protractors, books on the islands, GPS instruments, solar lamps and panels, flippers for diving, air purifiers and whatnot. In 2014, the last time I went to the isles, I had asked him to explain. The Andamans is a very small economy, he had said. Only general stories catering to household needs would survive. Blanching at that prospect, he instead created an assemblage of goodies that, singly, couldn’t run a business but together, might.

His health slowly worsened. Meeting him in Port Blair in 2014, ten years after that first meeting, was sentimental. With age, he had stepped back from activism. A second rung of activists had not replaced him. The problem facing the islands persisted. The pressure to mainstream the tribes continued – in November 2014, environment minister Prakash Javadekar had again asked how long India can leave the Jarawas as museum pieces? Never mind that, even as this performative debate continued, the state and its tribal department had allowed the worst of our society – paan, tobacco, liquor and now, COVID-19 – to reach these endangered communities. Newer threats, like a transhipment port at Great Nicobar, emerged.

Evil springs up again and again. Each generation must fight it. Samir Acharya, in his unassuming, chain-smoking way, shepherded the isles through a dangerous time.

We must now be worthy of him.