Read: The Poem For His Mother That Got Salil Tripathi Suspended From Twitter

A right-wing handle that goes by the name 'Deshi Army' took to Twitter to claim a 'victory' in having Tripathi's account suspended. 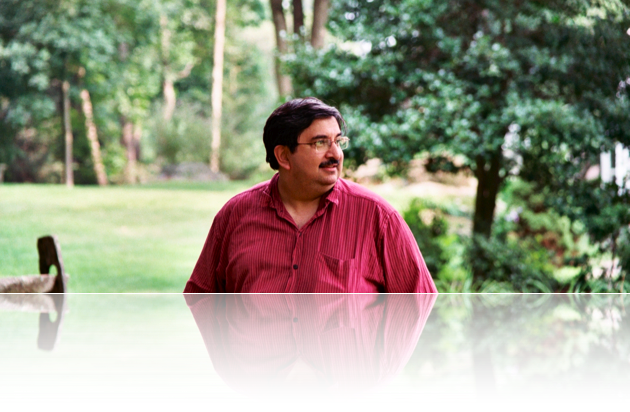 New Delhi: Senior journalist and writer Salil Tripathi, who is currently chair PEN International’s Writers in Prison Committee and contributing editor at Mint and Caravan magazine, had his Twitter account suspended on Sunday. One of his tweets reported as “offensive” was a video of Tripathi performing a poem he had written for mother, on the demolition of the Babri Masjid.

Below, watch the video Tripathi had tweeted, and read the full text of the poem – originally published in his book, Offence: The Hindu Case.

You marched with other seven-year-old girls,
Singing songs of freedom at dawn in rural Gujarat,
Believing that would shame the British and they would leave India.

Five years later, they did.

You smiled,
When you first saw Maqbool Fida Husain’s nude sketches of Hindu goddesses,
And laughed,
When I told you that some people wanted to burn his art.

‘Have those people seen any of our ancient sculptures? Those are far naughtier,’
You said.

Your voice broke,
On December 6, 1992,
As you called me at my office in Singapore,
When they destroyed the Babri Masjid.

‘We have just killed Gandhi again,’ you said.

Aavu te karaay koi divas (Can anyone do such a thing any time?)
You asked, aghast,
Staring at the television,
As Hindu mobs went, house-to-house,
Looking for Muslims to kill,
After a train compartment in Godhra burned,
Killing 58 Hindus in February 2002.

You were right, each time.

After reading what I’ve been writing over the years,
Some folks have complained that I just don’t get it.

I live abroad: what do I know of India?

But I knew you; that was enough.

And that’s why I turned out this way.

This is an outrageous act of censorship against one of the most important advocates of free speech. @Twitter stop it now! @jack what’s going on? https://t.co/Rwig7c3FHo

Salil Tripathi is one of our most important human rights activists. Absolutely unacceptable for @TwitterIndia to suspend his account. India need’s Salil’s voice!

I can’t believe this. How on earth could ⁦@Twitter⁩ suspend the account of a highly respected writer, author & human rights activist? Do their algorithms have no human being applying common sense before undertaking such actions? ⁦#SalilTripathi pic.twitter.com/nVZLvvZzi3

Beyond astonished to learn that Salil Tripathi’s @Twitter account (@saliltripathi) has been suspended. Salil is an outstanding journalist, writer and human rights activist. He is also the chair of PEN International’s Writers in Prison Committee. @pen_int @ayadakhtar

A right-wing handle that goes by the name ‘Deshi Army’ took to Twitter to claim a ‘victory’ in having Tripathi’s account suspended. Three tweets by Tripathi were reported to the social media platform – one with the poem, one where he said ‘never forget’ on the anniversary of the Bhopal gas tragedy, and one where he announced a long podcast on India’s shrinking democratic space.

Contributing editor to Mint and Caravan