Across Tamil Nadu, the State Is Busy Arresting and Intimidating Protesters

In Thoothukudi, indiscriminate arrests and cases under the NSA were seen. Now, the state is clamping down on all those opposing the Salem-Chennai green corridor project, including farmers, activists and even an actor. 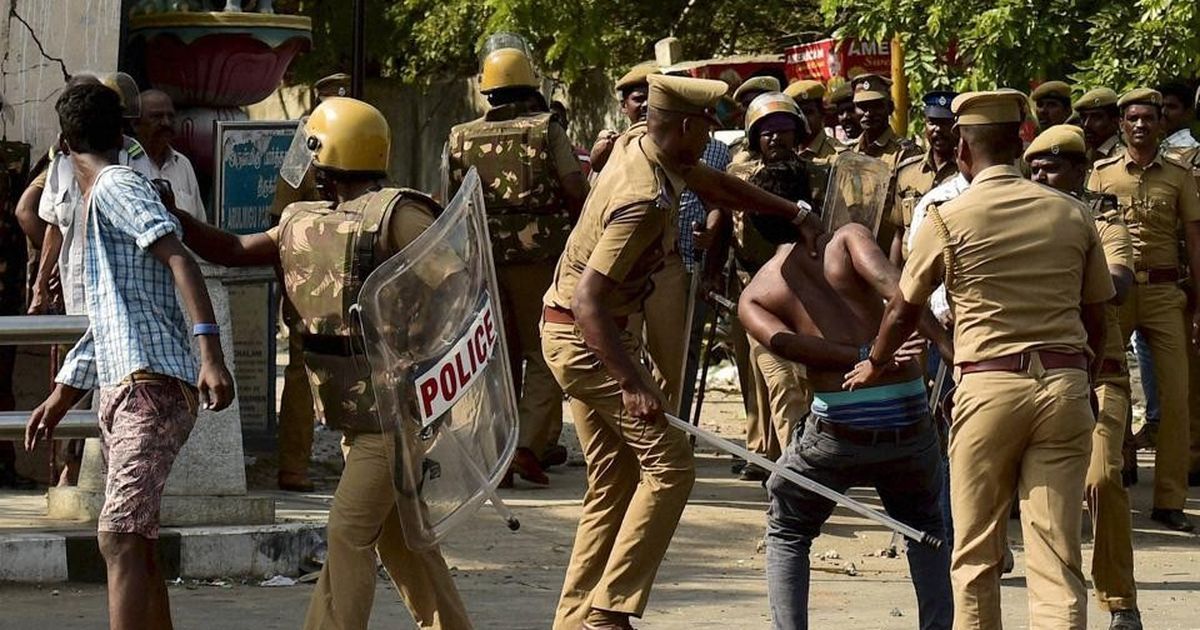 For 47-year-old Kaleel Rahman’s small family in Kadayanallur, this year’s Ramzan came and went without much sheen. Rahman and his two sons – Mohammad Anas and Mohammed Irshad – were picked up at midnight of May 25 for participating in the anti-Sterlite protests on May 22. Days later, the state slapped cases under the NSA (National Security Act) against them. While Irshad has just enrolled for an MSc in Physics at a university in Tirunelveli, Anas is doing a bachelors in homeopathic medicine and surgery at a college in Kanyakumari. “They have not done anything wrong; I plead the government to release my family. My sons’ education will be spoiled otherwise,” says Naseeba Banu, Rahman’s wife.

“My brother always participates in protests. He is a very socially conscious person. It is unfair of the police to say that he committed acts of violence on May 22 and brand him an anti-national. This government, which thrusts projects on people without their informed consent, is really anti-national. How can my brother be one?” asks Rasheed Ali, Rahman’s brother.

The district administration has slapped NSA charges on six persons including Rahman and his two sons – all sympathisers of Makkal Adhikaram (‘People’s power’, a left-wing outfit) – for indulging in violence on May 22. “There is no proof that they had actually committed violence. The police say they indulged in violence both in Sterlite quarters and the collectorate. How is that even possible?” asks Marudhu Pandiyan, spokesperson of Makkal Adhikaram. Refuting the charges as right-wing propaganda about ‘Muslims indulging in violence’, Marudhu says Rahman ran into trouble at his workplace in Qatar for airing views against Islamic fundamentalism.

In all, the district administration has arrested 248 persons in Thoothukudi for alleged violence, under 243 cases. Residents across several villages in Thoothukudi continue to live in fear as police knock on doors at midnight looking for men ‘who had participated in the protests’.

Observers point out that such arrests and intimidation are not confined to Thoothukudi alone. When Thamizhaga Vaazhvurimai Katchi leader T. Velmurugan attempted to visit Thoothukudi on May 26 to meet the victims, the police got him arrested in a case related to the attack on toll gates while protesting for Cauvery water in the first week of April. Days later, NSA charges were slapped on Velmurugan.

Several farmers and activists who have protested the Chennai-Salem Green corridor project have been indiscriminately arrested by the police. The photograph of an old woman in a farm surrounded by policemen published in local newspapers have come to symbolise the struggle. Sources say the woman was detained for protesting against the project.

The Rs 10,000 crore Chennai Salem Greenfield Corridor project comes under the Bharatmala Pariyojana scheme and is a Centrally-sponsored -and funded road and highways project. The purpose of the eight-lane project is to cut the travel time between the two cities.

Environmentalists and farmers have been opposing the project for various reasons. The 277.3 km green corridor express highway will run cutting through thousands of acres of farm, forest land, hills and rivers across 159 villages. The project will run through 11 reserved forests and will require about 2791 hectares of land. This includes agricultural land, community land and residential plots.

Activists say the state is detaining and intimidating farmers protesting the acquisition of their agricultural land. Sources say at least 25 farmers have been detained till now for being vocal in their protest. The police have also arrested actor Mansur Ali Khan for ‘inciting violence’ and environmentalist Piyush Manush for allegedly misleading the farmers. On Tuesday, student activist Valarmathi was arrested by the Salem police when she protested the project.

Ravi, a farmer in Poolaveri village, says he was detained for a day by the police and was warned against talking ill of the project. “Some of us were left off and some were not. The cops understand our plight but they are acting under pressure from high command.” 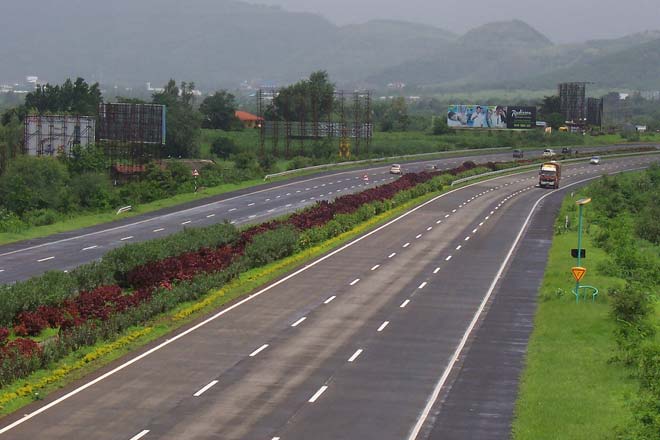 Ravi’s family stands to lose over three acres of land that has over 500 coconut trees, a well and two houses. “We have lived here for three or four generations. This is where our roots lie. Now the government wants to uproot us and put us away somewhere else. How will we survive?” he asks. He accuses the state of keeping the villagers in the dark about the project. “We have had no meetings with officials. Everything has been happening over newspaper advertisements. The government is taking away fertile lands from us and they don’t even want to speak to us about it.”

Moorthy, a farmer from Kuppanur village, says the farmers have been treated like terrorists by the local police. “Anyone who questions the government decision, who seeks details on the project, is detained. Now that they have started the process of acquiring the land, it has become worse. The police whisk away anyone associated with the land earmarked for acquirement on that particular day, and the person is left off only after the process of measuring the land and laying a marker stone by the revenue officials is over.”

The state decision to ruthlessly clamp down on all protests has been roundly condemned by leaders of various political parties and movements. In a strongly worded tweet, DMK MP Kanimozhi said: “Edapadi’s (Palanisamy) keen interest to see the Salem 8 lane project complete would put any ruthless dictator to shame. Shoot to kill. Arrest, NSA. No protests in Tamil Nadu. Hail Palaniswami.”

G. Sundarrajan of Poovulagin Nanbagargal, an environmental organisation in Tamil Nadu, says the state is clamping down on dissenters to stop any such protests from happening in the future. “The midnight knocks and arrests in Thoothukudi are essentially to instil fear in the minds of protesters – that they shouldn’t dare protest again. In Salem, the state wants to nip the opposition in the bud. Dissent is an essential part of democracy. Opposition to any project in Tamil Nadu is done democratically and within the constitutional framework. It is the state that throws the principles of democracy enshrined in our Constitution to the winds when clamping down on dissent.”

Thiyagu, social activist and general secretary of Thamizh Desiya Viduthalai Iyakkam (Tamil Nationalist Liberation Movement) says the Centre is aggressively pursuing the ‘corporate view of development’ and staking the lives of millions of poor and disadvantaged in the process. “It looks like they will not allow any kind of opposition to their ‘developmental’ projects. They would either take it on legally or if it is not viable, illegally.”

Thiyagu says Tamil Nadu remains a thorn for the Centre. “They couldn’t do much about the protests, so now the apologists for the BJP in the state have started saying that Tamil Nadu is anti-development. The truth is that people continue to resist project thrust on them without their consent, and seek projects that will really help develop their lives. The Centre doesn’t want to give such projects.”

Expressing concern over the indiscriminate use of the NSA, Thiyagu says the administration has been misusing the law to put dissent down.

After her visit to Thoothukudi on June 18, activist Medha Patkar told reporters in Chennai that such rampant arrests were ‘shocking.’ “It is evident that those arrested were not scared of the state. On the contrary, the state is scared of them. But the state should come forward to release them immediately and unconditionally,” she said.

Tamil Nadu fisheries minister D. Jayakumar rejected the idea that the arrests were rampant. He told reporters on June 19 that only ‘activists who mislead people and disrupt peace’ were being arrested.

Murthy, however, is heartbroken. “They have already started measuring land in Achankuttapatti and my village Kuppanur. If the project is on, we will be on the streets. Only in this part of the state, farmers were able to sustain their livelihoods without taking loans. Everything will now change. We would rather kill ourselves than see such fertile land go away to some project that we really didn’t want” he says.

An advocate named Vanchi Nathan was arrested in last night from Chennai Airport in connection with #Thoothukudi violence, he is also an activist.

Meanwhile, advocate Vanchinathan, who has been counsel for many cases filed on behalf of Thoothukudi citizens and anti-Sterlite protest groups, was also arrested by the Chennai police on Wednesday. He is the state co-ordinator of the People’s Right Protection Centre and is practicing law at the Madurai bench of the Madras high court.