'We Have Pinned Our Hopes on the Judiciary': Jailed Student Safoora Zargar's Husband

Saboor Ahmad Sirwal says he is paying no attention to the right-wing's hate campaign against his pregnant wife and hopes she will be released soon.

Activist Safoora Zargar who has been arrested during her pregnancy. Photo: Twitter

Through an ugly social media campaign against Safoora Zargar and her pregnancy, the right-wing has been trying to insult, malign, disrepute, dehumanise and demonise the anti-Citizenship (Amendment) Act (CAA) protester.

While on one hand, the special cell has arrested Zargar under sections of the draconian Unlawful Activities (Prevention) Act (UAPA), right-wing trolls, taking a cue from BJP leader Kapil Mishra, have been making lewd and obscene comments about her pregnancy.

Zargar is a 27-year-old MPhil student of Jamia Milia Islamia who is currently lodged in Tihar Jail for participating in the anti-CAA protest on campus. She was arrested by the special cell on March 10, in connection with FIR 59, which is related to the Delhi riots conspiracy.

The Wire spoke to Zargar’s husband, Saboor Ahmad Sirwal about the family’s concerns and the online hate that they are being subjected to. Here are edited excerpts.

When was the last time you spoke to Safoora?

I spoke to her about 6 or 7 days ago, I think on last Tuesday.

What did she say to you?

It was a very short conversation. Merely 4-5 minutes long. She wanted to know about the family and what was happing in her case. She has been very worried about her family. We have not been able to send her money till now. We are trying to figure out how to do that.

Why do you need to send her money in jail? Are inmates not provided everything?

Did she describe the condition in which she is being kept?

She is fine. She told us she is managing. I wanted to ask her lots of things but the call got dropped twice. I had dozens of questions but we get only 5 minutes to talk and there is only so much you can say in 5 minutes. If the call gets dropped, then there is even lesser time.

Did she call you on her mobile phone or a landline?

She is allowed to speak to us using the landline inside Tihar Jail.

Doctors usually advise expecting mothers to be extra cautious during the first trimester of their pregnancy. Are you worried about Safoora’s pregnancy?

Of course, that goes without saying. When she was at home, we did not want her to even get off the bed. So we are obviously worried about her being in jail in this condition. We would have taken all sorts of precautions if she was here. Everyone does.

How has the jail staff treated her? Are they sympathetic towards her, given that she is pregnant?

We could not talk about that. She told me that she is getting a decent diet. Nothing else.

What was the judge’s response when he was informed about her pregnancy at the time of sending her to judicial custody?

I was not in court. You should speak to our lawyers about that.

There is a hate campaign on social media currently, with right-wing trolls maligning her character. How are you dealing with that?

There is nothing to deal with. I do not waste a single second of my time reading that. There is no point dignifying what the trolls are saying or writing. They are doing what they are paid to do.

Have you seen morphed pictures of her or read any of those hateful posts?

People forward them to me, but you cannot read everything… you will go mad. The best thing to do is to avoid reading those messages and not give them your time or any dignity. They want the family to get hurt. The best thing for us is to ignore them and let them do whatever they want. We cannot help it.

Are you surprised that the discourse around the arrest of a student and an anti-CAA protestor has taken such an ugly turn?

Nobody foresaw this. It is not the first time that a woman has been targeted like this. Frankly, it did not come as much of a surprise. This is what you expect from trolls. They can achieve new lows every day.

Her friends have shared wedding pictures of Safoora. Why did you share these pictures? Did you feel like you needed to defend those attempts at character assassination?

I cannot comment on what her friends have been doing. I have not shared a single picture of us with anyone. I feel no need to share our personal life with anyone.

Do you have a message for the trolls?

Can you tell me a little more about Safoora? What is the subject of her MPhil?

She is still pursuing her MPhil in sociology with special focus on urban studies from Jamia Milia Islamia. She got enrolled in 2019.

How and when did she get involved in the anti-CAA protests?

The entire country was voicing its support to the movement against the new citizenship law. Students from Jamia and other universities were also extending their support to these protests. It was a natural thing to do. 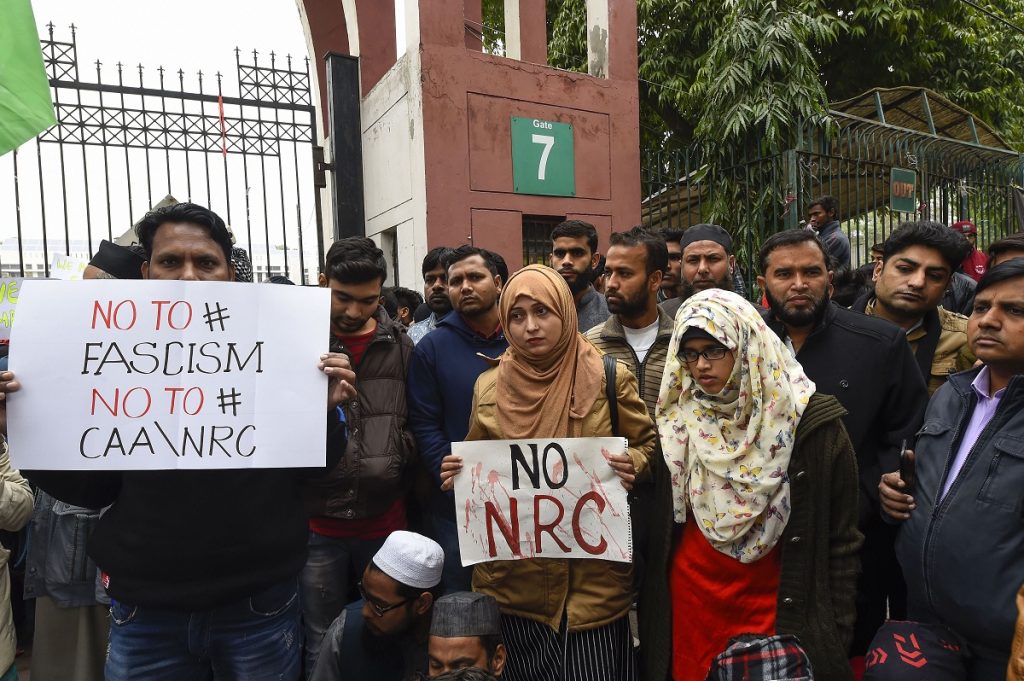 The police claim that Safoora was the ‘media coordinator’ for the JCC. What was her exact role in the students protest at Jamia?

There was no official position, there was no leader or head or any such thing. Everyone was trying to contribute in whatever manner they could. There were hundreds of students who were active in the campaign and everyone was equally involved.

Do you think UAPA is being misused to target anti-CAA protesters?

Why do you think these arrests are being made during the lockdown when the entire country is facing a health, social and economic crisis?

I don’t want to comment on any of that. We have pinned our hopes on the judiciary and the justice system of the country. We are knocking on the doors of justice and I hope that it will be served sooner than later.

Can you tell me a little more about Safoora and her academic background?

She did her master’s in sociology from Jamia. She completed her bachelor’s degree from Jesus and Mary College in Delhi University and most of her schooling was done in Faridabad.

Which state does she belong to?

We are from Kishtwar in Jammu and Kashmir, but since the time she was in primary school, she has been in Delhi and Faridabad. For all practical purposes, Safoora is a Delhi girl.

What do her parents do?

Her dad is a retired government employee. He used to work with a PSU earlier and her mother is a homemaker.

When did you two first meet?

It was an arranged marriage. The wedding was in 2018 in Kishtwar.

What are her dreams? Does she want to pursue a career in academics or did she have something else in mind?

She is very passionate about her field of studying and the subject that she has picked up. She definitely wants a career in academics. She wants to become a researcher.

If you could send a public message to the people who have been reading about Safoora, what would it be?

I have nothing to say.