While two recent orders have accused such applications of 'inundating' public authorities, activists say prompt disposal of appeals and addressing grievances will help ease the number of pending appeals.

New Delhi: Even as two recent orders by different central information commissioners demonstrated their growing exasperation with multiple Right to Information (RTI) applications being filed on the same topic, activists have cautioned that this belief should not result in denial of information to genuine applicants.

As of October 2017, there were more than 37,000 cases pending before the Central Information Commission (CIC). While this is primarily due to the Centre’s failure to fill vacancies in the Commission on time and the slow disposal rate of cases, two information commissioners recently made strong observations about the nature of applications. They felt that filing multiple applications on the same topic represented the tendency among some applicants to “inundate the public authorities with frivolous applications”.

In the matter of Girish Prasad Gupta versus CPIO of CIC’s RTI Cell, the IO had disposed of 47 cases of the appellant in one day. When the latter complained that he was not provided satisfactory information, commissioner Vanaja N. Sarna observed that the CPIO had informed the applicant that the relevant decisions of the commission were available on the website.

Stating that the applicant appeared to be “aggrieved” as 47 cases of his were disposed of in one day and the cases were clubbed, the Commission observed that RTI route is “not the proper mechanism” to raise such grievances. “In case the appellant was not satisfied with the order of the said bench, he was at liberty to approach the competent court of law,” commissioner Sarna said.

In her decision, Sarna while disposing of the application, said, “The respondents are cautioned to be careful and ensure that each and every point of RTI applications are replied to without fail.” However, she also advised the appellant “to exercise his right to information constructively”. 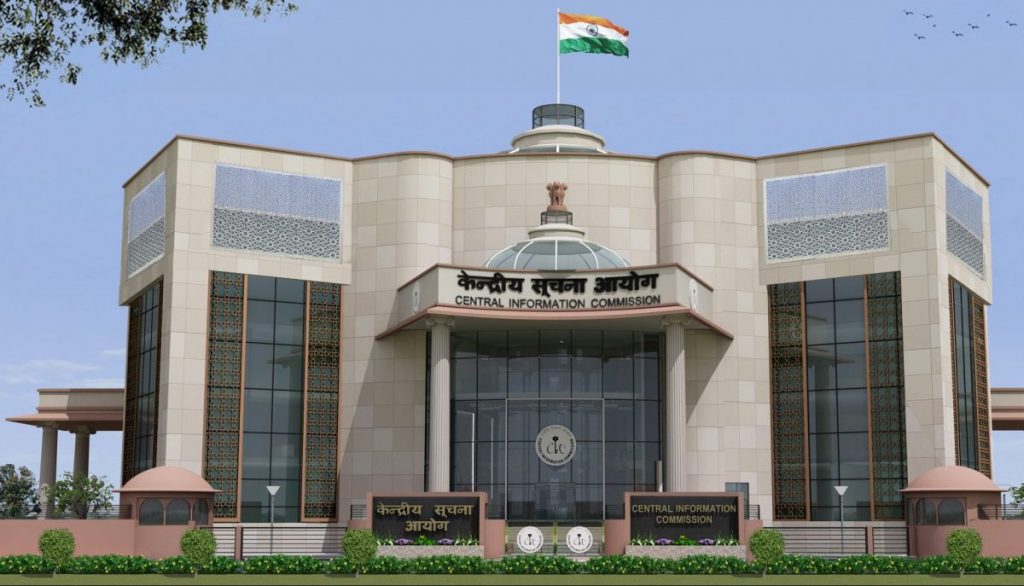 In another matter, Omprakash Kashiram versus CPIO DoPT, in which the applicant had sought details of the proceedings seeking the removal of former CIC Sudhir Bhargav, the Commission made “adverse observations’ against the applicant and advised him to “steer clear of inundating the public authorities with frivolous RTI applications.”

CIC Saroj Punhani felt that it is apparent “beyond reasonable doubt” that the appellant is “unabashedly filing multiple RTI applications, which in most cases is repetitive in nature”, with different public authorities. She wrote that he was seeking “information under the garb of transparency”. Stating that as a consequence “each public authority is dealing with the same RTI application more than once”, the commissioner said such actions and filing of consequent appeals “without any substance or merit has a cascading effect on the functioning of the public authorities and throttles the letter and spirit of the RTI Act in addition to causing a huge loss of public money on stationery and allied resources.”

The commissioner also pointed out that even the superior courts have recognised the “misuse” of the RTI Act as an impediment to ensuring transparency and probity in the functioning of the government through various judgments and cited the observation of the Supreme Court in CBSE vs Aditya Bandopadhyay (2011) in this regard.

Also Read: Vacancies, Pending Cases Threaten to Take the Wind Out of RTI’s Sails as it Turns 15

Problem of multiple applications has persisted

Former CIC Shailesh Gandhi acknowledged that the issue of multiple RTI applications existed even during his term, when he felt there were “five or six people” who were unnecessarily applying multiple times.

He said there are three kinds of people who do so: those who genuinely believe they are trying to expose some “big wrong”; some who believe they have a grievance; and the third category, who use the RTI as a “tool of harassment” if their work is not done.

“It is this third type which is not desirable. I have, as an activist now, heard people say that I will file a 100 RTIs against the person not doing my work. So it is not that every citizen is reasonably fair but there is a way of tackling that,” he said,

But, he said, he said the argument of commissioners saying it overloads the commission is “absurd”, for they themselves do not care to dispose of appeals in a time-bound manner of 60 or 90 days.

The average CIC disposed of around 2,500 cases last year. The all-India average for high court judges is around 2,600-2,700 cases, even though the complexity of those cases is much higher, said Gandhi. “So the fact is the commissioners are not disposing of enough cases and it has become a convenient tool for them to deny information. This poor disposal is the biggest problem, because it makes CPIOs feel they can do as they please. They tell applicants that even if they do go to the commission, it would take two years to get an order from there,” he said. 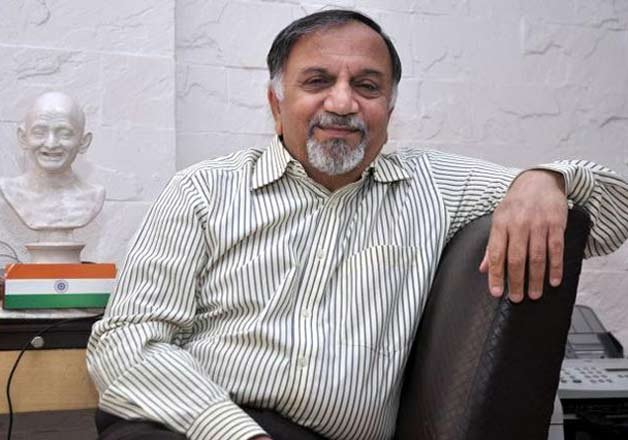 To deal with those who file multiple appeals, with the intent to harass, Gandhi said he usually used to offer a complete inspection of all the records. “For example, there was a person from Delhi University who had been thrown out and he was filing multiple appeals to harass the authorities. I allowed him to inspect all the documents he wanted to. I asked the authorities to get all the files with the affidavit that there were no other files. And I gave this person two days to go through all the files in the presence of a caretaker of the files. The matter was thus disposed of.”

Similarly in a commercial dispute, Gandhi said he had allowed photocopies of all the relevant files to the applicants. “Though it cost them nearly Rs 25,000 it served the purpose.”

The former CIC said he did do not see a problem with clubbing the appeals of similar nature as even the courts do so. “In the RBI case which I decided and which was upheld by the Supreme Court, the apex court had clubbed 10 applications and they gave one order, treating each application separately but with a common thread,” he recollected.

To reduce pressure on the commissions, he said, it is important to fill the vacancies. “But one must also look at the absurdly low disposal of cases. I had persuaded the commission to set a norm of disposing of 3,200 cases a year, but even that is not being met. This gives rise to backlogs, which is weakening the RTI movement,” Gandhi said.

Also Read: It’s Been 15 Years Since RTI Act Was Passed, But Is it Really Working?

Another prominent RTI activist Anjali Bharadwaj of Satark Nagrik Sangathan said there is nothing in the law that prevents people from exercising their right to information and filing multiple applications. “One cannot put a ceiling on the number of applications.”

Bharadwaj said, “A lot of times people are forced to ask for information which should have been made available by public authorities. Our research has shown that around 70% of applications are such, where the government should have provided the information on its own.”

A lot of people ask about their pensions, she said, adding that because they do not get a response, they are compelled to file RTI applications.

She pointed out that Prime Minister Narendra Modi had demanded in 2015 that public authorities study the kind of RTI applications they get and then address the problem. “Usually people ask questions because there is some governance problem,” said Bharadwaj.

Commissions have been urged to make a note in every order, if that information should have been provided proactively by the government.

However, she lamented these practices are not followed by public authorities. “So a lot of applications are filed which needn’t have been filed and then the public authorities don’t respond to them and matters reach the information commissions and this leads to a large number of cases pending there.” 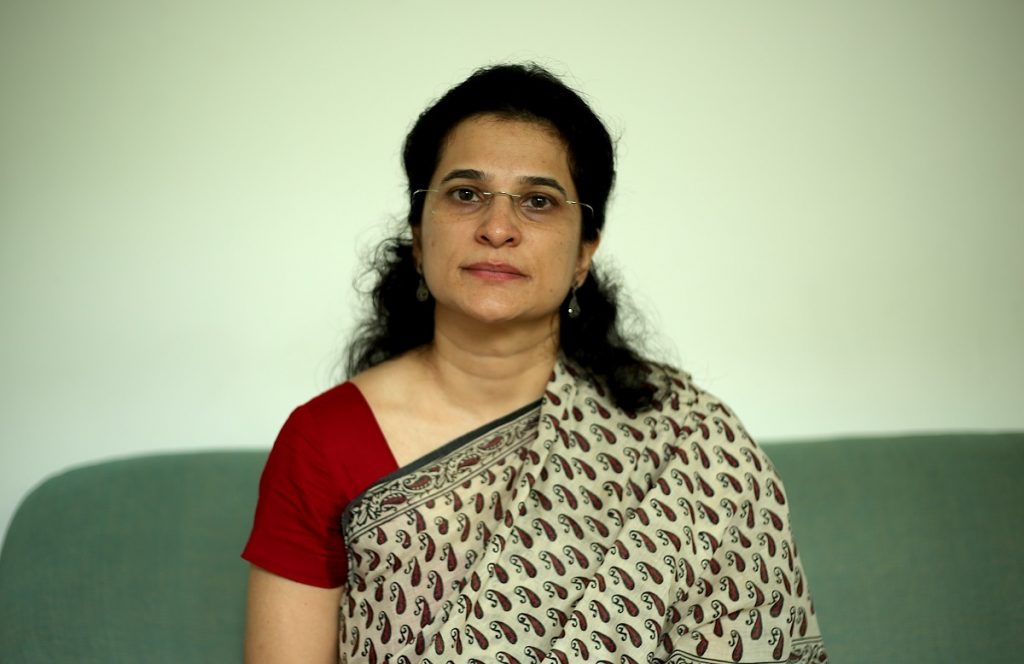 Bharadwaj also pointed people file RTI applications because they have some grievances. “Unfortunately, the grievance address system is not working, because there was a law which was to be brought called the Grievance Redressal Bill. It was even debated in 2014 and it was supposed to be re-introduced in parliament, because the parliamentary committee sat on it and the Bill lapsed when the 2014 elections happened. The government said we will bring the Bill back, but it hasn’t been.”

She claimed that the grievance systems are not working. “If a complaint is filed, it often goes into a black hole. So nobody addresses a problem and people feel the only way they can put pressure is through an RTI application,” she explained, saying about 16% of RTI applications pertain directly to grievances of people.

On some applicants filing bulk applications, she said, “Some commissioners believe that one person is asking for too much information, but this does not find resonance in the RTI Act.” Multiple appeals are filed because sometimes people feel that “nothing else is working” and this is the only tool to get a response. But instead of addressing this issue, she said some states like Gujarat have “banned some people from exercising their rights under the RTI Act”.