Bhopal RTI Activist Who 'Fell Off a Building' Succumbs to Injuries

Manoj Tripathi had for years been raising corruption issues in the Madhya Pradesh government. Just before his fatal accident, he had filed a complaint against a senior leader of the BJP. 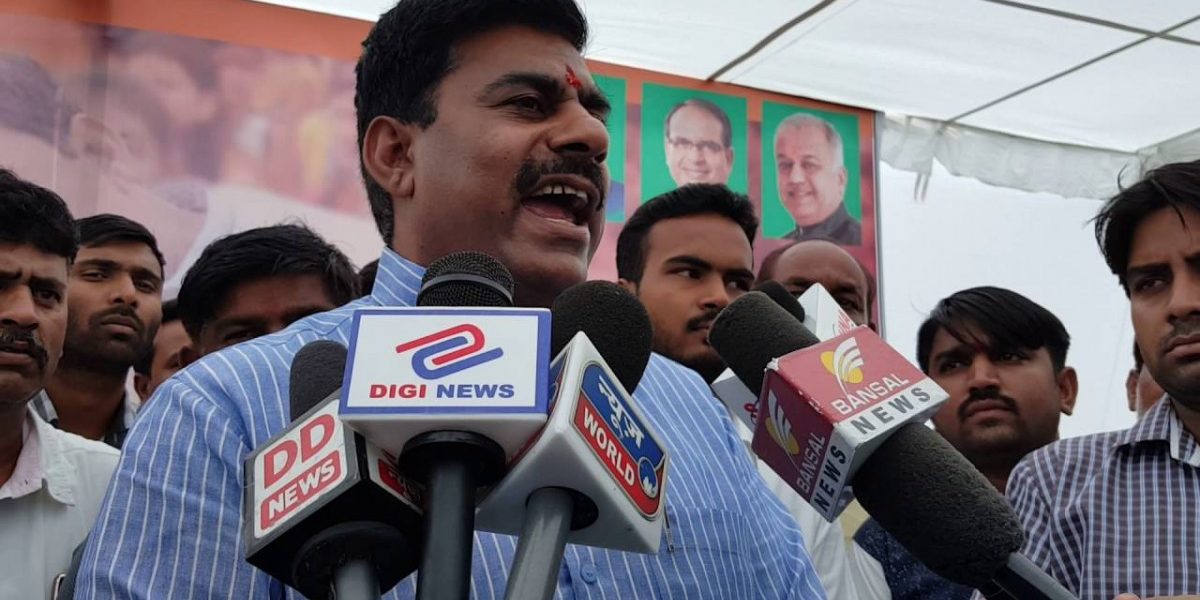 New Delhi: Manoj Tripathi, an RTI activist in Bhopal who reportedly fell off the terrace of a five-storey building on November 2 under mysterious circumstances and had been battling for his life since, died on Sunday.

Three days before he allegedly fell from the building, he had filed a complaint against politicians and officials said to be close to Madhya Pradesh chief minister Shivraj Singh Chouhan, according to NewsLaundry.

His complaint on October 28 – regarding state BJP vice president and local MLA Rameshwar Sharma – was sent to the chief election commissioner of India, the chief electoral officer of Madhya Pradesh and the district collector of Bhopal.

NewsLaundry reports that in Tripathi’s complaint, he said that the Sharma was constructing an “illegal” structure on 7,000 square feet of government land and had asked for an FIR to be filed against him. Tripathi had provided the authorities with several supporting documents as well.

Tripathi had frequently used the Right to Information Act as a tool to extract information about government activities. In 2016, he had set himself on fire while demanding the arrest of Madhya Pradesh governor Ram Naresh Yadav for his alleged involvement in the Vyapam scam.

He had filed complaints against the chief secretary to the chief minister and also against several senior IAS officers in the Directorate of Public Relations and in the water resources department.

He had sent these complaints to a range of public authorities including the superintendent of police, the economic offences wing and the Election Commission.

According to NewsLaundry, the family of the activist said that on the day of his fall, he had gone to the terrace to receive a phone call. Anjani Pandey, Tripathi’s relative who had shortly before dropped him home, told the web portal: “Nobody knows how he fell from the building – whether he fell or if someone pushed him.”

Attacks on RTI activists around India

In March, The Wire reported that across India, since the RTI Act was first passed in 2005, 67 activists have reportedly died. Their deaths are believed to be linked to their work on using the RTI to extract incriminating government information.

Earlier this year, when the government was asked in parliament if any data is being officially collected on attacks on RTI activists and what steps were being taken to prevent them, it did not reply to specific questions. It instead stated that existing laws in the country are enough to provide protection to all citizens including RTI activists.

The response also stated: “Government of India had drawn the attention of state governments to the reports appearing in the media about the victimisation of people who use RTI to expose corruption and irregularities in administration.”