RTI at a Cost: Activist Nikhil Dey, Four Others Convicted of 'Assault' in 1998 Case

The activists have accused the village sarpanch, who had filled the case against them, of framing them after they sought to expose his corruption. 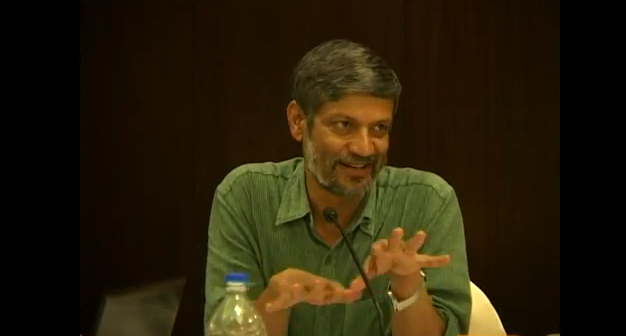 New Delhi: Well-known rights activist Nikhil Dey and four others were convicted of trespass and simple hurt under sections 323 and 451 of the IPC by a Kishangarh court in Ajmer on Tuesday, June 13. The case, filed 19 years ago on May 16, 1998, pertains to a dispute with Pyarelal, the then sarpanch of Harmada, who had been accused by the activists of widespread corruption.

The judgment was immediately stayed to allow Dey and the others to file an appeal.

Reacting to the development, the Mazdoor Kisan Shakti Sangathan (MKSS) and noted activist Aruna Roy said they were “shocked and dismayed” at the judgment and termed the case as “yet another reminder of the backlash and attack that RTI activists consistently face when challenging entrenched centers of power.” They also claimed that it was the village head who had actually assaulted the activists.

A statement issued by Roy and MKSS said that the decision of the court pertained to an incident which occurred when the RTI activists made a demand for information from Pyarelal in response to a large number of complaints of corruption in development works in Harmara panchayat.

The group said the allegations against the sarpanch, who was also a liquor contractor, pertained to payments related to toilets, Indira Awas Yojana houses and for labour for development works, that had not been made to the beneficiaries.

Yet, they said, instead of proceeding against the village head, the authorities booked the RTI activists for violence. Recalling the circumstances leading to the registration of the case, the group said: “On May 6, 1998, the activists went to ask for information from the sarpanch of Harmara, carrying with them a letter from the BDO (block development officer). Since his office was usually closed during working hours, the activists went to his house to deliver the letter from the BDO. It is then that the sarpanch came out of his house and physically assaulted the activists present.”

‘Despite being attacked, MKSS activists had not filed complaint’

Roy and the MKSS said that despite this violence, the Sangathan activists decided not to file an FIR, thinking that right to information cannot depend on police cases, and that it had to depend on dialogue with the village head and the exercise of a legal right under the Panchayat Raj Act. The group said that on the same day, Roy had, however, written to the collector noting the incident and asking the official to ensure that information sought was provided by the village head.

However, on May 8, Pyarelal  filed an FIR accusing the activists of assaulting him. On the same day, MKSS activist, Naurti, who was upset  by the village headman’s slurs and violence towards her, also filed a case against him under the SC/ST Prevention of Atrocities Act.

Naurti is among those who have been convicted along with Dey, Ram Karan, Babu Lal and Chotu Lal.

The MKSS said the case filed by the sarpanch was closed on June 30, 1998, and for several years nothing happened. However, it was revived on July 5, 2001, and thereafter Pyarelal kept “producing false witness, after false witness”.

The group says that on May 6, 1998, when its activists were assaulted, there was no one there apart from them and the sarpanch and his immediate family members. The FIR lodged by his brother Om Prakash claimed that he (Om Prakash) was not present at the spot.

The MKSS and Roy said the conviction pertains to  “an utterly false case filed by  a corrupt, powerful sarpanch who misused his influence and power and who had himself physically assaulted them for demanding information in a case where the activists were fighting for the rights of the poor through means that were completely within the ambit of the law.”

They said the final decision was therefore “a body blow to the effort of citizens to fight corruption and stand up for the rights of the citizen” and was also a “clear case of miscarriage of justice”.

The group, however, added that the sentence has been suspended pending an appeal to be filed by the four activists in the court of the additional district judge in Kishangarh. The MKSS vowed to “bring out the whole truth of this case”. It said it would not allow “vested interests to misuse the law to suppress the voice of people demanding transparency, and demands for justice by the poor”.