Rohingya refugees, many of whom have been living in shanties, cheered Hardeep Puri's announcement that they would be moved to flats in Bakkarwala. Then, the home ministry dashed their hopes. 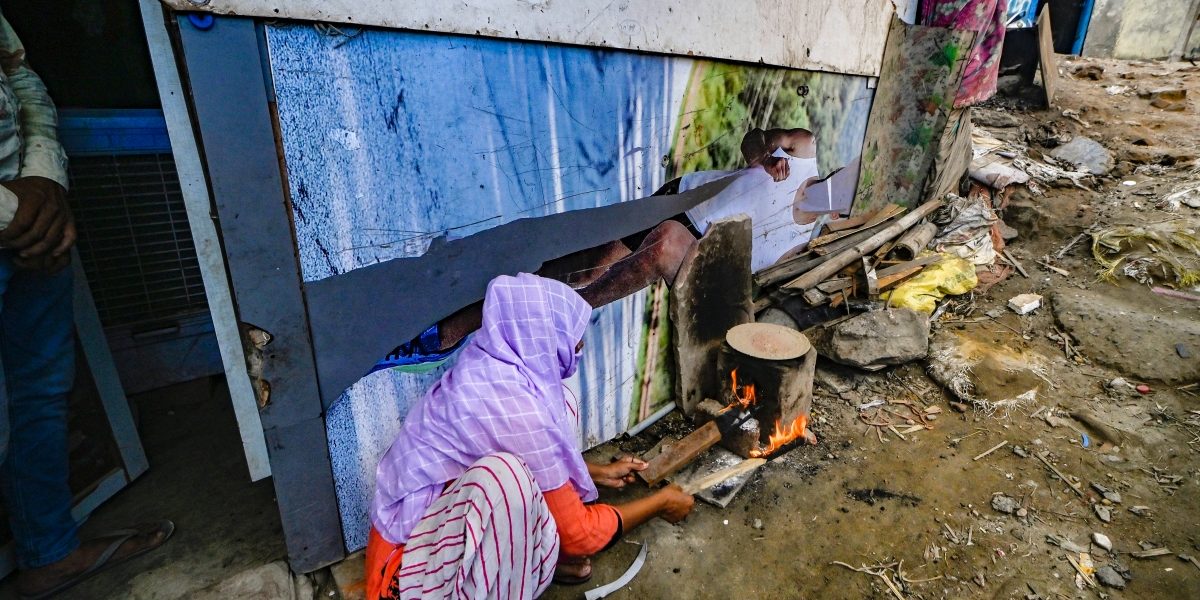 New Delhi: Hundreds of Rohingyas residing in Delhi went from hope to despair in a matter of hours on Wednesday as Union housing minister Hardeep Puri oscillated from promising economically weaker section (EWS) flats at Bakkarwala in West Delhi to later stating that the “correct position” had been spelt out by the Ministry of Home Affairs (MHA) – which declared that “illegal migrants” would be kept in detention centres.

What rubbed salt into their wounds was Delhi deputy chief minister Manish Sisodia’s statement that Union home minister Amit Shah should order a probe to ascertain on whose instructions the decision to shift Rohingya Muslims to flats was apparently taken.

In doing so, Sisodia made it appear that the refugees from Myanmar – who were described by the UN as the world’s “most persecuted minority” – were some sort of unwanted elements or criminals.

Talking to The Wire, advocate Fazal Abdali, who has represented the Rohingya refugees in a number of cases, said the politics being played out over the refugees was shameful.

Abdali also noted that this was not the first time that the Aam Aadmi Party (AAP) has cast the Rohingyas in bad light. “I felt very ashamed when AAP had put the blame for the Jahangirpuri violence on the Rohingyas,” he said, adding, “they were searching for scapegoats and Rohingyas came in very handy because before that BJP had blamed them for national security and other issues in India.”

On the latest controversy around the Rohingyas being moved to EWS flats at Bakkarwala in Delhi, he said the whole idea started taking shape in 2020, after a major fire incident at a camp in Madanpur Khadar in the Okhla area of South Delhi. “Then discussions started taking place on shifting these people to safer locations,” he said.

He said there were nearly a thousand Rohingyas in Delhi, most of whom reside in two settlements in very inhospitable conditions. One is in Shram Vihar and the other is in Madanpur Khadar. While one fire incident had taken place in 2017 another occurred in 2020. Thereafter, Abdali said, the discussions on the relocation of Rohingyas started with the area sub-divisional magistrate (SDM).

For two years, he said, nothing happened. “It was only on August 17 that news came that the Rohingyas would be shifted to Bakkarwala,” the lawyer said. 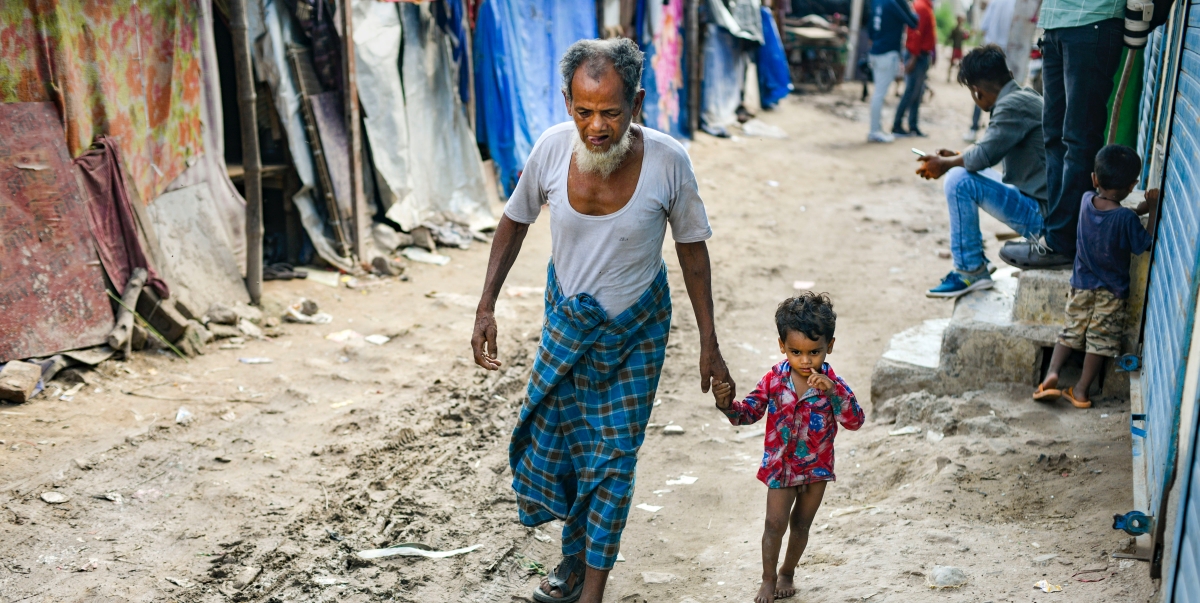 ‘A breeze of fresh air that soon dissipated’

Puri had tweeted that Rohingya refugees would be shifted to EWS flats at Bakkarwala as the government of India has “always welcomed those who have sought refuge in the country”. Abdali said this news came like a breeze to the Rohingya refugees, who he said have for long been suffering in sub-human and unhygienic conditions. “But the breeze went away in a few hours,” he said.

“I am on their WhatsApp group and they were happily sharing the announcement made by Puri. But when the MHA clarification came, the Rohingyas were left dejected,” he said.

India has always welcomed those who have sought refuge in the country. In a landmark decision all #Rohingya #Refugees will be shifted to EWS flats in Bakkarwala area of Delhi. They will be provided basic amenities, UNHCR IDs & round-the-clock @DelhiPolice protection. @PMOIndia pic.twitter.com/E5ShkHOxqE

Puri’s tweet, despite its claim of the government taking a “landmark decision” in the matter of all Rohingya refugees, did not appear to have found favour with Amit Shah’s MHA.

Further, the MHA statement asserted that it was the “Government of Delhi” that had proposed to shift the Rohingyas to a new location. The MHA added that it had directed the Delhi government to ensure that the Rohingyas continued to remain at their present location at Kanchan Kunj, Madanpur Khadar as it had already taken up the matter of their deportation with the concerned country (Myanmar) through the Ministry of External Affairs.

The MHA statement added that “illegal foreigners are to be kept in the detention centre till their deportation as per law”. It added that the Delhi government has not declared the present location as a detention centre and that “they have been directed to do so immediately”.

Soon after the MHA “clarification”, Puri tagged the statement and tweeted that “Home Ministry’s press release with respect to the issue of Rohingya illegal foreigners gives out the correct position.”

As of now, Abdali said, Rohingyas were residing in four to five different locations in Delhi – namely Shram Vihar, Kalindi Kunj, Madanpur Khadar, Vikas Puri and one place in North West Delhi. Also, other than Shram Vihar and Kalindi Kunj, they are in rented accommodations elsewhere.

As such, he added that concerns arose around the move of locating them all at one location. “It was like that the government would put Rohingyas under greater surveillance in the garb of giving them more facilities. And secondly, it was felt that this new place would be a convenient one for the authorities to deport them.”

Abdali said the government was moving ahead with the plans on relocation silently but then locals in Bakkarwala protested against the move, saying the Rohingyas would be a threat to them. 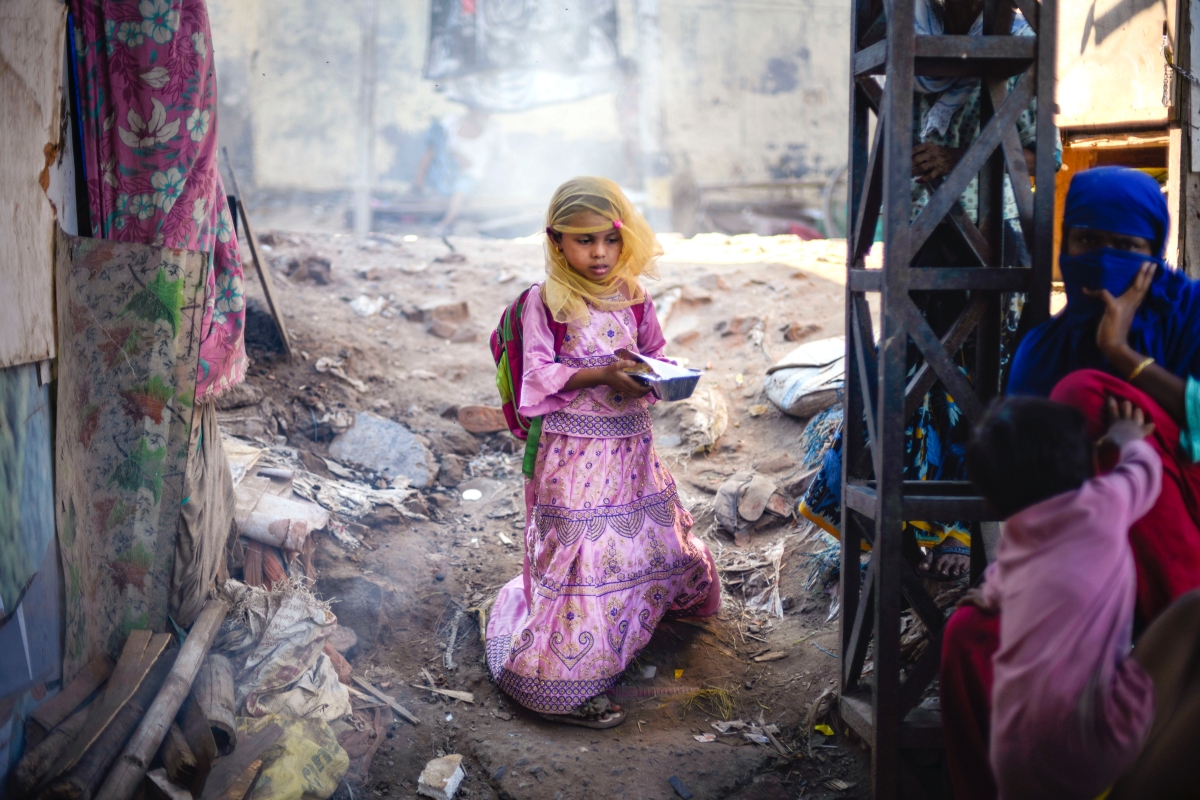 Abdali also pointed out that in a change of approach towards the Rohingyas, the Union government was already keeping some of them in detention centres which are referred to as “welfare centres”. “This was done so that people could not challenge their detention as it provided the MHA an opportunity to state that they were not being kept in detention centres,” he said.

He insisted that there were no Rohingya in the Lampur detention centre. “At Lampur, the words ‘detention centre’ are clearly written outside the premises. Not only refugees but also other foreigners awaiting deportation are kept there. Also you need to take permission from the MHA, through the FRRO, for visiting it.”

But in the case of the ‘welfare centre’ for Rohingyas, he said, the families are allowed to meet them at times, but not always, without such an elaborate process of taking permission. Also, there are just about 10-12 families in these welfare centres. He said in this welfare complex there are restrictions on the movement of these families.

After the statements from Puri and MHA, Sisodia said the Delhi government had nothing to do with the relocation and resettlement of the Rohingyas. “We didn’t decide and the Union government also says it did not. Then, who took the decision?” he asked at a presser.

But Sisodia did not stop there. He demanded that the Union home minister should order an enquiry as to who issued the instructions to shift the Rohingya Muslims to the Bakkarwala flats. Sisodia also claimed that neither he nor chief minister Arvind Kejriwal had any knowledge of this proposal, about which Puri had tweeted and which was later rebutted by the MHA.

“We got to know through the newspapers that a scheme to provide flats to Rohingyas is going on. I asked the officers and got to know some meetings did take place where the Union government officers were present,” he said, adding that the files for these approvals were sent directly through the chief secretary to the Lieutenant Governor and were completely hidden from the elected AAP government.

Why did Sisodia not stand up for the Rohingyas?

But Sisodia did not say what was wrong with the move of relocating the Rohingyas to proper flats or why the MHA rejected the proposal and repeatedly referred to them as “illegal migrants”.

Incidentally, earlier in April this year, Sisodia and AAP spokesperson Atishi – while commenting on the Jahangirpuri violence – alleged that two sections of Muslims – Bangladeshi nationals and Rohingyas – were being settled across India to stage riots.

On why AAP or BJP were speaking in almost the same language to target the Rohingyas, Abdali said he believed that it was because they were the easiest of scapegoats. “They feel they can put any blame on these people and they will not even retaliate to it. If you will put blame on Muslims your vote bank will go, if you will put blame on Hindus your vote bank will go. But nothing would happen if you pin any blame on the Rohingyas – there is no loss because they cannot vote.” 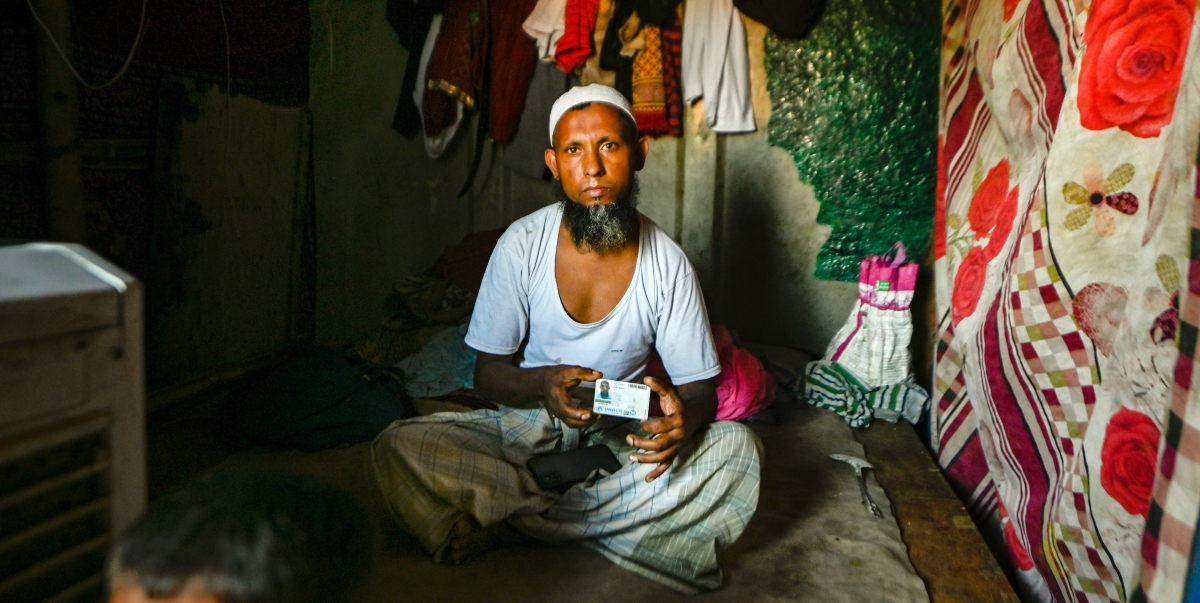 ‘Indian politicians have a history of letting down refugees’

Abdali insisted that politics around refugees has been around since Independence. He said a Model Law on Refugees was drafted by a group of eminent persons under the chairmanship of former Chief Justice of India P.N. Bhagwati, but the move was not taken forward. “This was because if there is a law for refugees, political parties would not have been able to mend or amend their political agendas around the issue of refugees,” he said.

The issue of Sri Lankan Tamil refugees – who were staying in the country for several decades – was also politicised, he said. “In the case of P. Ulaganathan vs Government of India, the state government, which had assured citizenship rights to the refugees, ended up opposing their plea for the same in the Madras high court,” the lawyer said.

In 2017, thousands of Rohingyas fled Myanmar after the Army there began targeting and killing them. A majority of them live in Bangladesh, but some of them entered India. But the Union government did not take kindly to the arrival of these Muslim refugees and on August 8, 2017, the MHA issued a notice to all states and Union Territories in the country saying that Rohingya were “illegal migrants” and must be identified and deported without delay. According to an MHA estimate, around 40,000 Rohingyas continue to reside in India.