How the Crisis of Identity Has Followed the Rohingya to India

In India, the lack of identity complicates access to education, health services, and employment for the Rohingya. 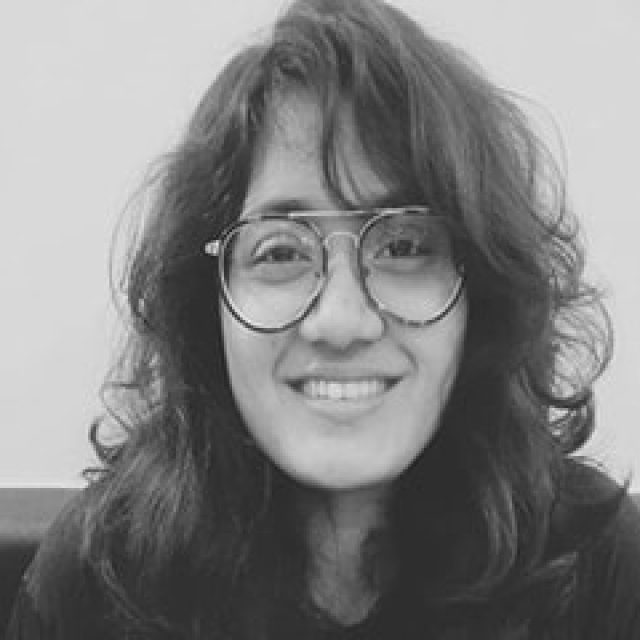 Children’s Day is a staple in the lives of most of us who grew up in urban India. A day of celebration, prominent in the calendar of every school-going child, it is a uniquely Indian tribute to the country’s children. This was not quite the Children’s Day that was celebrated at Budena Gaon, Faridabad, home to the poorest families of the Rohingya refugee community in Delhi. 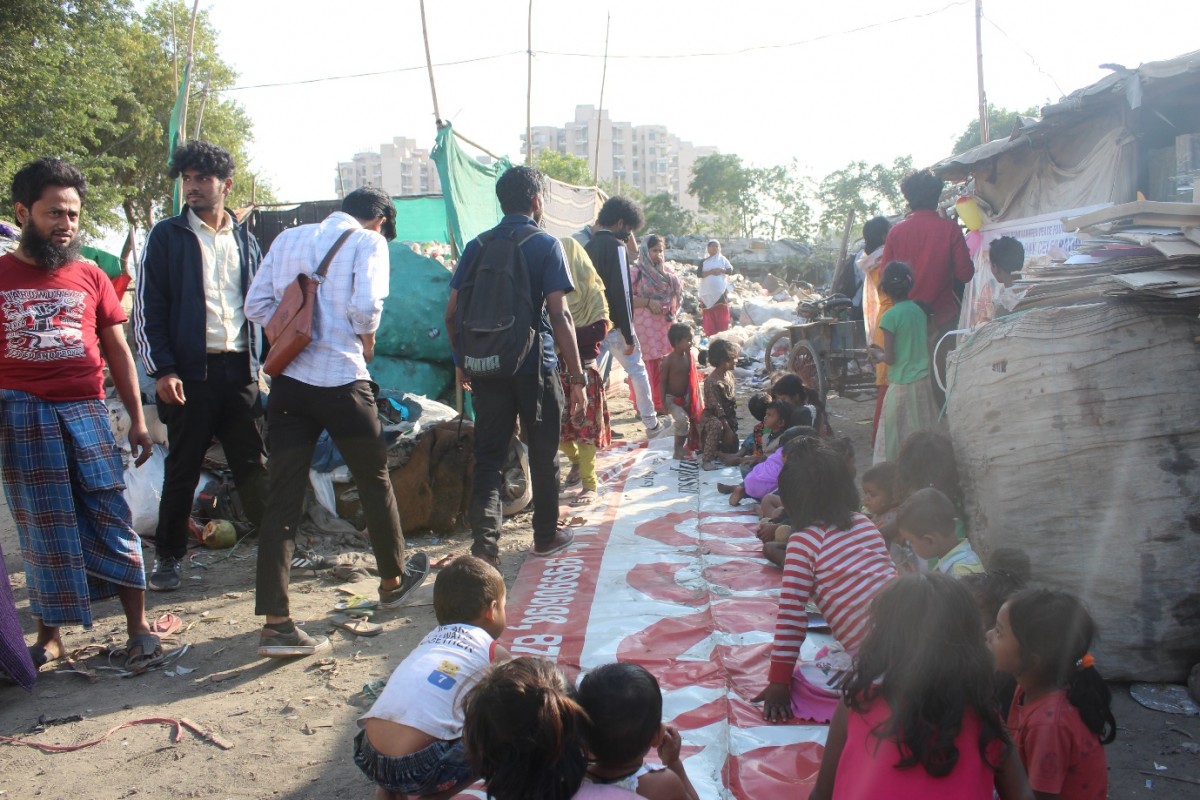 This home is barely deserving of the name. For one, there are no permanent structures. The shanties consist of cloth and tarpaulin pulled over skeletal bamboo structures barely held in place by rope. Budena village in Old Faridabad, where this section of the community lives, lies between vast swathes of the dusty highway, interspersed with towering gated complexes, with gleaming facades and 24-hour security.

Located some distance from one such complex, within the confines of an enormous kabadi or garbage ground live the 30 odd families who had once called Myanmar, home. Most of them work as rag-pickers, some having been trafficked by the kabadi mafia from Bangladesh and many bonded to their employers for amounts upward of Rs 15,000.

The camp has about 40 children, between the ages of 5-13, and some as young as ten work and contribute to the family income. The Children’s Day celebration put together by the Ubais Sainulabdeen Peace Foundation (USPF), which I was graciously allowed to be a part of, is one of the few things they have to look forward to. Home, for them, lies within the precarious unstable shanty-walls of the kabadi ground, Myanmar, the long-forgotten dream of the generations before them who dream of return.

The Rohingya crisis burst onto the international stage in 2015, a year after the country’s controversial National Census exercise which excluded the 1 million+ Rohingya population. It was also the year that the country’s first set of civilian elections in decades returned a government headed by Nobel Peace Laureate Aung Sang Syu Ki. In 2015, however, the Myanmar government cracked down on the Rohingya people brutally, causing many thousands to escape on foot and more precariously, by sea.

Dubbed the Andaman Sea and Bay of Bengal crisis, UNHCR estimates that over 2000 were caught perilously at sea, desperately trying to find refuge. 2017 brought a fresh round of government crackdowns, in a disproportionate response to the actions of a Rohingya insurgent group, the Arakan Rohingya Salvation Army (ARSA).

The Human Rights Watch report that year estimated that 340 predominantly Rohingya villages had been razed to the ground, followed by widespread killing, rape, arson, and looting. The exodus was unprecedented. Camps in Bangladesh swelled beyond 500,000, touching close to a million and some crossed the border into India.

The Rohingya in Budena Gaon had been part of an earlier exodus and have been in Delhi since 2012. The same is true for the camps located in Hyderabad, Jaipur, Jammu, and Chennai. Their children are mostly born in India and have known only this country. Recent migrants are few in number; tightening of border security means that many are now languishing in jails at the Bengal, Tripura, and Assam borders. R4R, a Delhi based organisation founded by community members often makes trips to these border states to see what they can do.

Besides the UNHCR, which works overtime to register and help the community scattered across the country, a number of NGOs and civil society organisations work on implementing interventions in camps across the country. USPF, based in Delhi, runs a number of programs helping the community access water, livelihoods, and education. Similar programs are run by the Development and Justice Initiative (DAJI) in the camps of Jaipur and Jammu while Don Bosco and Save the Children are active in Delhi and Hyderabad respectively.

In times of crisis, such as fires and police raids, these organisations are on first call and make a tremendous difference. Also of great help has been Delhi’s student community. Volunteers from JNU, Delhi University, and Jamia Millia Islamia often intern with these NGOs. A young USPF intern from DU stated that although she had started out without knowing much, over three years, she has continued to remain close to the community and work for them.

The root of it all – the identity debate

Identity has been at the heart of the Rohingya community’s difficulties and this crisis of identity begins in Myanmar. The Rohingya have been subjected to persecution in Myanmar for decades. From the Army’s Operation Dragon King of 1978 to the Citizenship Law of 1982, the Rohingya community was slowly and systematically marginalised, till the official administration no longer acknowledged them as an indigenous ethnic group.

This was accompanied by a string of identification documents which were initiated and subsequently declared invalid. Before 1982, the Rohingya carried a national identification card – in green for men and pink for women. Post 1982, these were taken away and replaced with temporary white cards. Some have gone to great lengths to preserve these earlier cards as counter claims to the Myanmar government’s declared stance that the Rohingya have never belonged there.

“Since 2012, the Rohingya in Myanmar are actually required to sign up for a card where they are made to say they are Bengali”, said a young Rohingya community leader from Delhi. This is the National Verification Card implemented by the Rakhine State Immigration and Population Department which includes questions such as “Which border did you enter from?” and “How did you come to Myanmar?” and requires the Rohingya to register as Bengali, according to a 2019 report by Fortify Rights.

Persistent bouts of conflict have caused many to flee since the 1970s, and though several came back after the government’s promise of rehabilitation, a slow trickle of out-migration continued in the subsequent decades. Nizamuddin, a young Rohingya leader in Delhi, and a graduate in Political Science said that large numbers migrated to Bangladesh, India, Pakistan, Malaysia, Thailand, and the Gulf during the 1990s – this is corroborated by recent surveys conducted by the Rohingya Solidarity Organisation.

He and his friends stay connected to the Rohingya diaspora around the world through the internet. This connectivity is crucial, often allowing them to rescue trafficking victims, gather the latest information about the community’s status in Myanmar, and communicate with a sympathetic global audience.

“As the situation got worse, many families in Myanmar sent their children away and these unaccompanied minors are most vulnerable to trafficking. We try to rescue and rehabilitate them in boarding hostels; give them access to education” said a representative from the Rohingya Human Rights Initiative (R4R), a humanitarian group based out of Delhi.

In India, too, the lack of identity complicates access to education, health services, and employment. “My sister recently received an offer of admission from the prestigious Jamia Millia Islamia University in Delhi, but was not able to join because the Home Ministry did not certify her refugee status despite repeated letters. She is currently pursuing a degree through distance learning”, said Nizamuddin.

Despite access to RTE schooling, many young children in the Budena Gaon camp refuse to attend because they feel out of place. Similar issues crop up in employment. Most of the poorer members of the community are bonded to the kabadi mafia, some having been trafficked into the country for that very purpose and owe large amounts of money. Conversations with youth leaders and NGOs in Delhi reveal that some Rohingya, especially the non-camp individuals, are able to pursue small business ventures, work in warehouses, and drive autos, often financially supported by NGOs.

Members of the community who have come from more urban areas find it difficult to live in the camps and rent rooms from local landlords. This, however, is increasingly becoming a problem. “Many Rohingya community members are unable to get rental accommodation because the police refuse to complete verification. Local landlords are very supportive, but some do face pressure for renting out to the community”, said a young Rohingya community member who lives with his family in Delhi. “My landlord has been like a brother to me and my family, here. We have nobody else in this city”, said another, living in Vikaspuri.

The future of the community in India does not look very promising. Till December 13, 2019, they were just one among several refugee communities in Delhi, helped by the UNHCR and eking out a living based on aid from different civil society groups. Although they are deemed to be refugees by the UNHCR and widely acknowledged as one of the most persecuted communities worldwide, their reception by the Indian government has been less than favourable. Despite the warmth of local communities, often welcoming and coming to their aid, their future in this country has always seemed short-lived.

That instability has now become concrete with the passage of the Citizenship Amendment Act 2019.

The CAA grants citizenship to Hindus, Sikhs, Christians, Buddhists, Parsis, and Jains who have migrated (even irregularly) from the three neighbouring countries of Pakistan, Bangladesh, and Afghanistan. The rationale is that these communities are persecuted minorities in these Muslim majority nations and India should welcome them.

The passage of the CAA has reawakened the debate around identity with a vengeance. With a manifesto promise of a nation-wide National Register of Citizens, and the government’s track record of keeping its promises, the dual impact of NRC, which calls into question the citizenship of all, and the CAA which grants accelerated citizenship to certain communities, produces an uncertain future for the Rohingya in India.

Adaptability in the face of tremendous hardship

Internal mobility has been the unlikely response of the Rohingya youth to insecurity, poverty, and discrimination. “The community is extremely mobile, moving constantly from city to city in India, often it is difficult to keep track of them,”, said a representative from the USPF.

While men migrate across different cities of the country looking for temporary work, women often marry into households in different parts of the country. “We have about 100 refugees living here, but this number does keep fluctuating when women marry and leave; some to Hyderabad and some even to Delhi and Kashmir”, said Geeta, a local resident of Chennai who has been involved with Chennai’s Rohingya community for over a year.

Resilience is practically coded into the community I met on November 14 in Faridabad. It has to be considering the sheer scale of what they have experienced – decades of discrimination spanning generations, majoritarian attacks, an uncertain welcome in their host countries, and the weariness of knowing that the journey might not be over anytime soon.

Budena Gaon is one of the most polluted parts of Delhi NCR and after a rowdy game of kabaddi with the children, the swirling dust clouds had made it nearly impossible for any of us to breathe. The USPF volunteers and I, faces covered, marvelled at the Rohingya children’s complete indifference as they continued to play.

Rohini Mitra is a migration researcher at India Migration Now, a venture of the South East Migration Foundation.