Rishi Sunak, Britain’s Most Popular Minister, Has Felt the Heat of India’s Autocracy

Chancellor of the exchequer Rishi Sunak saw first-hand the manner in which Infosys Foundation – run by his in-laws – was unfairly targeted, until Narayana Murthy stopped making critical comments about the Modi-Shah regime. 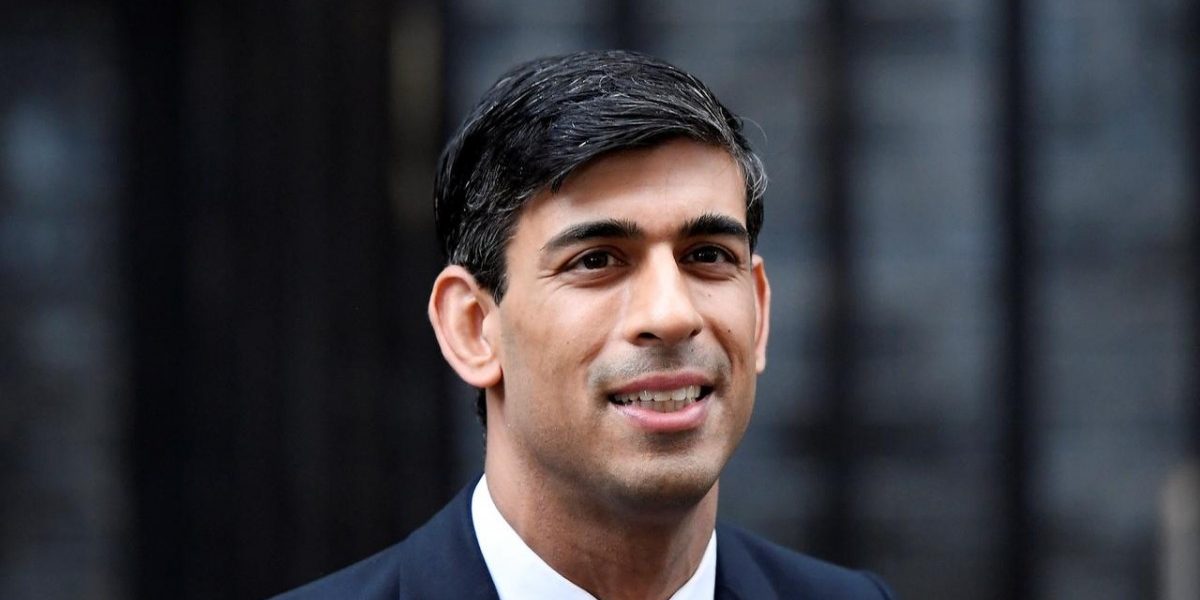 Ashley Tellis, who will loom large in Joe Biden’s now likely new government in Washington, has written that damage to India’s liberal character will “dilute the West’s eagerness to partner” it. But in New Delhi, such warnings have gone unheeded.

The Narendra Modi government has quite brazenly misused investigative agencies against rivals and dissenters. It first tried to pursue sedition charges against a Nobel Peace Prize winner – Amnesty International – and when it failed, resorted to freezing its assets and thereby compelling it to cease operations in India. The victimisation of Amnesty, which included ludicrous money laundering allegations, has been splashed all over the Western media. The BBC World Service led its bulletins with the story.

Another little noticed case of harassment has alerted leaders at the very apex of the British government to Modi’s authoritarian project. It occurred in May 2019, when the drive intensified to intimidate every possible alternative power centre. India’s supposedly business-friendly government moved menacingly against an independent-minded corporate icon.

The authorities threatened to deregister 1,755 civic associations and charitable institutions for violating reporting norms after receiving foreign funding. The target that made headlines was the Infosys Foundation – the charitable arm of the software giant.

The chairperson of the Foundation was Sudha Murthy, wife of the co-founder of Infosys corporation, N.R. Narayana Murthy. Despite their wealth, they live modestly. Like her husband, she is widely respected for her probity, decency and the Foundation’s enlightened generosity.

The threat to the Foundation came while she was Britain, visiting her daughter, son-in-law and granddaughters. The son-in-law was one Rishi Sunak, then a somewhat obscure parliamentary under-secretary in the British government.  Sudha Murthy was reportedly distraught at the government’s accusations. Sunak witnessed her distress at first hand as she cut short her visit and rushed back to India to respond to the allegations which were plainly unfounded.

She immediately went public. The Infosys Foundation had never received foreign funds. Its substantial income came entirely from the Infosys corporation. She explained that for that reason, in 2017 the Foundation had requested that it be de-registered from the list of institutions required to report foreign contributions. They then “had been verbally told that we were outside its purview”. She added that the government’s website “clearly mentions” that they had been de-registered in 2017, at their request. Even though they had not been asked to file reports after 2018, the Foundation continued to submit annual returns to the authorities. But the Modi government still targeted it.

She stressed that the “Truth is we are law abiding and transparent…We are Straight”, as indeed they were.

Also read: When the Powers That Be Are in Contempt of the People

The government eventually eased the pressure on the Foundation, but it had clearly intimidated her husband, N.R. Narayana Murthy. He had once been outspoken. He had said that “there is considerable fear in the minds of (the) minority in India”. He complained that India had “the poorest health, dirtiest rivers, highest pollution and (one of the) poorest primary education” systems in the world. He said that the Indian government was filling “textbooks with ideological fantasies and entrusting its top institutions with right wing fellow-travellers”.

But within weeks of the accusations against Foundation, Narayana Murthy changed his tone. He said that India’s economy was at its strongest in 300 years – even though Modi’s own advisors were openly expressing serious anxieties. For this much admired industrialist, it was a humiliating reversal. 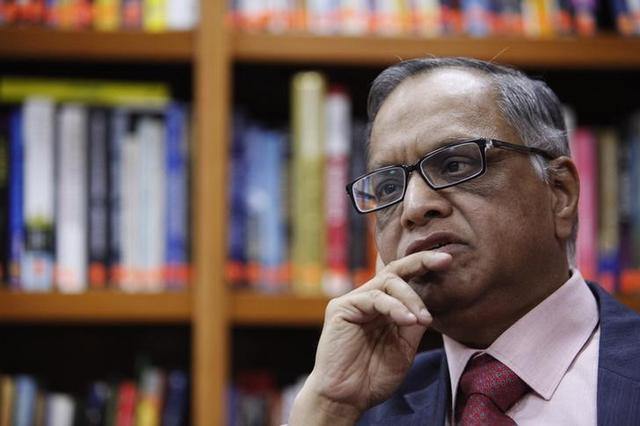 N. R. Narayana Murthy listens to a question during an interview with Reuters at the Infosys office in Bangalore February 28, 2012. Photo: Reuters/Vivek Prakash/Files

No institution or organisation escapes their attentions which they apply with gusto, even to major corporations.  Since this supposedly business-friendly prime minister won re-election in May 2019, efforts have intensified to frighten prominent corporate leaders. Raids on offices and homes by investigative agencies, charges of wrong-doing and tax demands have been used to inspire trepidation.

Also read: What Explains the Rise of Authoritarian Regimes Across the Globe?

The impact of these actions reaches well beyond Narayana Murthy. Rahul Bajaj famously described an “environment of fear”. Billionaire industrialist Ajay Piramal spoke of “mistrust between the people who are in power and the people who are wealth creators”, adding “…do you need to have searches and raids?” Biocon chairwoman Kiran Mazumdar-Shaw has said that “we are all pariahs”.

Sunak, now chancellor of the exchequer, is the most popular minister in Britain thanks to his deft handling of the economy amid the pandemic. He wields immense influence within the government, and is even considered as a possible replacement for Prime Minister Boris Johnson, whose bungling has become embarrassing.

Sunak is also a deeply committed friend of business. He will be repelled to see Modi’s drive for top-down control afflicting the corporate sector, including his own family.  He will have little “eagerness to partner” with India’s current government.

This is a particularly stark example of how brutish actions are damaging India’s reputation and interests.

James Manor is a professor in the School of Advanced Study, University of London.