For Many Indians, the Right to Sanitation Is Coming at the Cost of Other Human Rights

It should be axiomatic that one human right ought not to be realised by violating other human rights. Yet, the Indian experience tells us that that is not as obvious as it may seem. 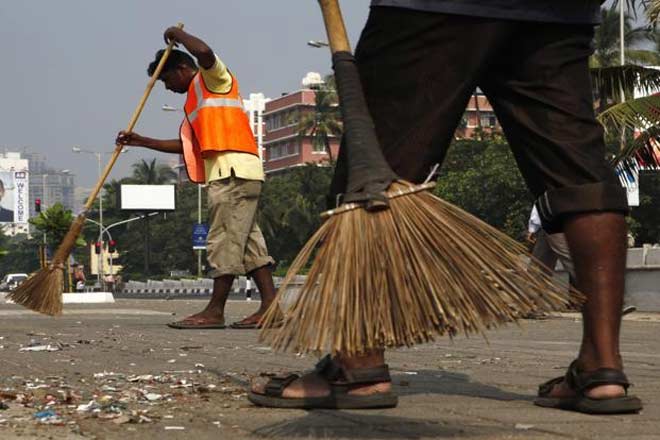 Last week, on September 25, two young Dalit children were beaten to death in Shivpuri, Madhya Pradesh for defecating in the open. This isn’t the first time the idea of “cleanliness” and the right to sanitation have in fact enforced prejudice – based on caste and class – and resulted in violence, even killing. In this excerpt from Usha Ramanathan’s Foreword to The Right to Sanitation in India, she talks about that link.

The century turned, and another human right gained recognition. In its early years, sanitation found honourable mention in the United Nations General Comment No. 15 along with the right to water, which underlined that “[o]ver one billion persons lack access to a basic water supply, while several billion do not have access to adequate sanitation, which is the primary cause of water contamination and diseases linked to water”. At that point, sanitation was largely seen through the potential of faeces to contaminate water. In the decade that followed, the human right to sanitation found itself in the interstices of the right to health, the right to adequate housing, and the right to an adequate standard of living, alongside the right to water.

There are few who would doubt the value of safe, accessible and hygienic sanitation. There has been too much silence around sanitation, and for far too long. Progressive recognition of this right in the international arena has acted as a prompt for states to place sanitation squarely on their agenda. In India, the recognition of the importance of sanitation started earlier, in 1999, with the Total Sanitation Campaign – renamed the Nirmal Bharat Abhiyan – with the goal of ending open defecation by 2017. In 2014, when a new government was installed at the Centre after the general election, among its early interventions in public policy was the Swachh Bharat Mission (Clean India Campaign). The pressure has been building up since then, with the prime minister personally putting his heft behind the campaign, with reward and punishment pursuing statistics around an acronym minted in the 2000s: ODF (Open Defecation Free).

It should be axiomatic that one human right ought not to be realised by violating other human rights. Yet, the Indian experience tells us that that is not as obvious as it may seem.

Also read: What the MP Children’s Murders Tell Us About Caste and Cleanliness

The first public shock about the calamitous effect of prejudice in the context of sanitation is recorded in a 1996 report of the People’s Union for Democratic Rights (PUDR)-Delhi. Dilip, a 19-year-old young man visiting Delhi to witness the Republic Day celebrations in January 1995, was “beaten, kicked and forced to run around and squat by constables of Delhi police. Dilip collapsed and died on the spot”. The provocation: that he was from a nearby slum and appeared to have used the park to defecate. In the ensuing conflict that erupted when the police attempted to remove Dilip’s body, and irate slum dwellers resisted, the police fired, immediately killing three, one more person died subsequently, 16 were injured and 123 arrested.

In interviews to the press, the additional commissioner of police defended the firing as an “inevitable and necessary intervention in a conflict between the ‘haves’ (the residents of Ashok Vihar – a residential colony) and the ‘have-nots’ (the jhuggi dwellers) – sooner or later this had to happen”. The police position on this episode was summed up in the report as follows: 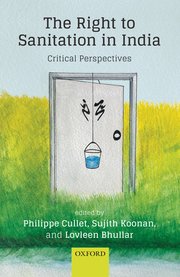 The PUDR report sets out a telling statistic:

“…the Slum Wing provides one tap for every hundred jhuggis and one toilet seat for every 25 jhuggis. It admits that one toilet seat ought to be provided for every 7 jhuggis. However, in Shaheed Sukhdev Nagar there are no toilets, for roughly 5,000 families. The Slum Wing cites a combination of factors as ‘cause’ including ‘a lack of space and the reluctance of the railways.”

This incident is teeming with multiple violations of human rights – to dignity and safety while doing what must be done; police brutality; arrest and detention; and the taking away of life itself.

Recent years have seen a return of this attitude of intolerance, accompanied by public shaming, exclusion and punishment. The focus has moved away from dignity to shame, and from provision to punishment. Consider these representative incidents:

This idea of the ‘clean’ has shifted the focus from the concerns of those below the poverty line to the priorities and prejudices of those wielding power. Law supports none of these actions. Quite to the contrary, the National Food Security Act, 2013 creates statutory entitlements to food, which are thwarted by the imposition of these unsanctioned penalties. Even arrest and detention have been taken out of the idea of the rule of law.

Usha Ramanathan is a legal researcher.