Six months after the murders of Xulhaz Mannan and Mahbub Tonoy, a gay rights activist calls for honouring their lives by rising against the discrimination faced by the community. 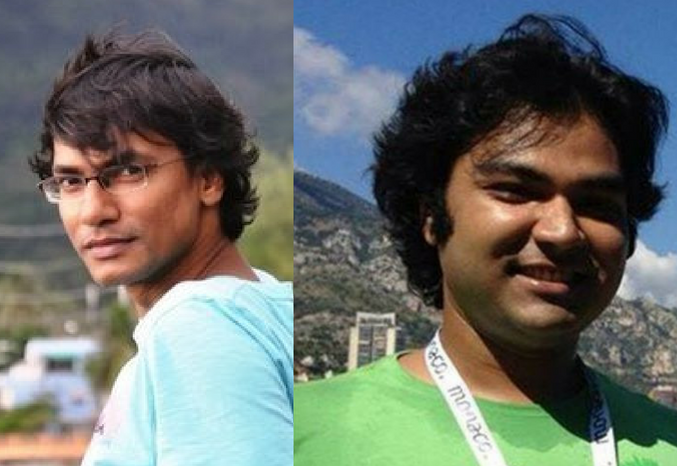 We knew they would be coming for us. Following the series of deadly attacks on writers, teachers, religious minorities, secularists and publishers, it was only a matter of time before we became the victims. But little did we know that it would be that soon and that sudden. The magnitude of the attack and the viciousness of it were also beyond our imagination.

Maybe it was brevity that overshadowed the looming danger of sharp machetes, or maybe we were naïve. But to be honest, we were sort of preparing to face our worst enemy. We knew we were being watched. We had been receiving death threats.

On the morning of April 25, Xulhaz Mannan sent us an e-mail confirming the date and venue of the next meeting where we would discuss the imminent threats and security measures. The need was never more urgent and timely.

The night before, I sent a text to Mahbub Rabbi Tonoy wishing him a happy birthday. He had turned 25. I wished him many happy returns of the day, to which he jokingly said the day might never return as ‘the mullahs are sharpening their knives’ for him. I teased him saying that those knife blades – rusty with religion – wouldn’t pierce through his fat body. We both laughed and decided to meet up soon for a birthday treat.

But our enemies were a step ahead of us. Mannan and Tonoy were brutally murdered by Islamist extremists at the former’s residence on the evening of April 25. Since then, our worlds, the way we knew it, have changed forever.

Even six months after the tragic incident, we are still reeling from its shock. The vacuum created by this tremendous loss has engulfed us into solitary despair. Mannan and Tonoy were not just two individuals, for a disenfranchised minority community, they were the epitome of hope, courage and unity. With them being gone, the community has lost two of its most valiant guardians.

The movement for LGBT rights in Bangladesh isn’t that big or organised. Up until recently, the movement was pretty much underground and was led by a handful of people. Mannan was a veteran LGBT activist, while Tonoy was a novice, but they made a great team. If Mannan was the brain and passion behind Roopbaan – an LGBT magazine – Tonoy was the heart.

I met Mannan in 2005. To my surprise, he brought a bunch of his university friends to our first ‘date’. Back in those days gay men in Dhaka would use a fake name and wouldn’t necessarily merge their ‘gay’ and ‘straight’ worlds. But Mannan was different. He was ‘out’ to his friends who in turn adored and supported him.

Mannan believed in visibility. All his life he worked to provide a safe space for people to come out and be who they were. He opened up his house, spent all his earnings and dedicated his spare time towards mobilising the community and giving us a sense of belonging. He had a unique way of encouraging us to speak up and be assertive of our rights – of our right to love. How ironical it is for the merchant of love to succumb to such hatred and violence.

Tonoy, meanwhile, was quite the rebel. His short stint as an activist, both with Boys of Bangladesh and Roopbaan, had been crucial to propelling the movement towards greater visibility. Tonoy, who used to identify as a pansexual and as gender nonconforming, defied social norms to be who he was, and for that, he had to face a tremendous amount of resistance and bullying from the community and the society.

Tonoy used his theatre experience to produce and act in various short dramas to spread awareness about LGBT issues. I still remember the puppet show where he portrayed the same-sex relationship between Madho Lal and Shah Hussain, Sufi poets from the 1500s. Such was the extent of his knowledge and talent.

It is then unfortunate that he was portrayed as just a ‘friend’ of Mannan by several media outlets. Tonoy was as much of an activist and a target of extremists as was Mannan. On that fateful day, he didn’t just happen to be there. Even the short memorial that was organised by his theatre fraternity failed to recognise Tonoy’s identity and covered it up as an attack on the theatre activists.

Even his family denied Tonoy’s sexuality even though he had been out to them for a long time. It must have been a double tragedy for Tonoy’s family to lose a child and then to face up to the society for that child being gay, a social outcast.

In fact, the latter rings true for many of us who have since been ostracised for knowing either Mannan or Tonoy. Since the world found out about them following their murders, our friendship or acquaintance with them has caused us our jobs, relationships, families and even our personal security.

Maybe that is the reason why the community or our supporters never raised their voice after the murders. We are still shell-shocked and scared. But the truth remains that neither Mannan nor Tonoy were given their due honour. There was no protest or a simple press release condemning the killings. All the leading human rights organisations in the country went quiet. Our silence was probably strategic, but how long will we continue to be tight-lipped? How long can we afford to be in denial?

We have seen how the media only focused on the rising extremism but tried to brush the issue of LGBT rights under the carpet. The reporters and talk show guests were hesitant to even utter the word shomokami. The political parties tried to cash in on the killings and gain a political edge. The ruling Awami League said it was an attack on its party members as Mannan was related to a former foreign minister. The Bangladesh Nationalist Party condemned the murders, however, it squarely blamed the government for failing to control law and order. Needless to say, they would have been no better if they were in power.

Then there was our home minister with his rhetoric. Continuing the tradition of blaming the victim, he made it clear that the government would not support LGBT rights or even safeguard activists, who, just like bloggers, were responsible for hurting the religious sentiment.

But can we really blame the government when majority of the general people celebrated the killings on social media? Alhamdulillah and subhanallah were the two most common words used in the large wave of comments.

Mannan and Tonoy made the greatest sacrifice for their belief in humanity and love, and thought people could be won over with compassion and empathy. If we believe in their ideology and want to honour them, it is time for us to act.

Mannan is often compared to Harvey Milk, the first openly gay man to be elected to public office in California. A homophobic political rival assassinated Milk, but his legacy continued and earned him the reputation of being one of the most influential gay men in the modern LGBT movement.

While Mannan might not have approved this comparison (he was aware of the ‘westernisation’ of the issue and instead favoured the local perspective), the impact that these men had on their constituencies is similar. Just like Milk, Mannan too imagined a just world and fought for it.

During a rally, Milk famously said: “If a bullet should enter my brain, let that bullet destroy every closet door.” Mannan would have agreed with this and just like Milk, he would urge us to come out. It is only by being visible and assertive that we can claim to exist, to love and to live with dignity.

In Mannan’s words: “My right to love is as basic and inalienable as any other human rights. I decide who I want to love, not my religion, society or law.”

Let this be our mantra while we speak up and celebrate the lives of Mannan and Tonoy, two great unsung heroes of our time.

Shakhawat Hossain is a gay rights activist working with Boys of Bangladesh.