Reimagining How We Talk About Rape and Rapists

A rights-based approach to child criminality would result in children having their voices centred, protected and heard in the debate about them and their issues. 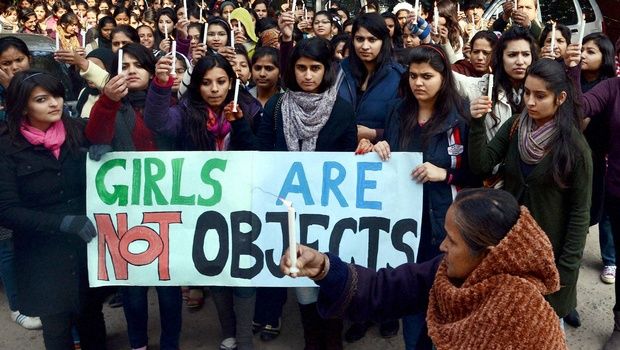 Rape is not about sex or desire, but power and control. Credit: PTI

To understand and work at chipping away at the roots of rape culture, we need to reassess our ways of thinking about rape. How do we talk about it? How do we talk about the people raped? We know that the focus on language – survivors versus victims – is an important distinction. We know that rape is not about sex or desire, but about power and control. But what do we know about rapists? Beyond black and white binaries, and as hard as it is, we must try to understand what kind of men rape – and why they do – and then work on addressing these causes.

In the recently held research symposium ‘Every Child Matters: Bridging Knowledge Gaps for Child Protection in India’ by the Kailash Satyarthi Children’s Foundation (KSCF) in New Delhi, understanding perpetrators was a key theme. Rape is usually an umbrella term to refer to both adult and child rape or sexual abuse, and the panel discussion attempted to zone in on the difference between child perpetrators and adults. The panellists consisted of professor Nimesh Desai, director, Institute of Human Behaviour and Allied Sciences, Geeta Sekhon, international consultant, Trafficking in Persons and the Exploitation of Children, Ngaitlang Mary Tariang, assistant professor, Christ University, Ramesh Negi, chairperson, Delhi Commission for Protection of Child Rights and Geetanjali Goel, special secretary, Delhi State Legal Services Authority. They argued for splitting the monolithic, complex category of rape into child rape and adult rape, and then further into child/adult victims and perpetrators, and analysing them all as linked but separate.

In the symposium, Desai and Goel suggested we attempt to understand rapists – their mindsets, conditioning and sociocultural situations. Does this mean creating a profile for them? This would likely lead to the stereotyping of an entire class of people, typically lower class men who are already vulnerable in a casteist, classist society. It also reasserts the idea of the rapist as an unknown monster, when they are statistically more likely to be someone we know and trust, according to National Crime Records Bureau data. So the suggestions included understanding rape culture at a meso level, looking at group interactions to observe the contextual, cultural realities and interplay of various intersectional identities.

The normalisation of misogyny, through the socialisation of a gendered nature of power, escalates in group situations where peer groups pressurise and influence younger members to take increased risks. Peers would pass down this toxic masculinity, and the child may commit the crime but not have the maturity to realise and deal with the consequences. Dr Desai thus suggested studying groups of risky behaviours and groups of individuals as a key motivating factor. The panellists urged for a law to not target individuals but keep in mind the larger context that enabled these people to commit crimes. Of course, this assumes for a lack of agency in the individual, but the panellists argued that targeting the culture would be a more effective way of addressing the problem. 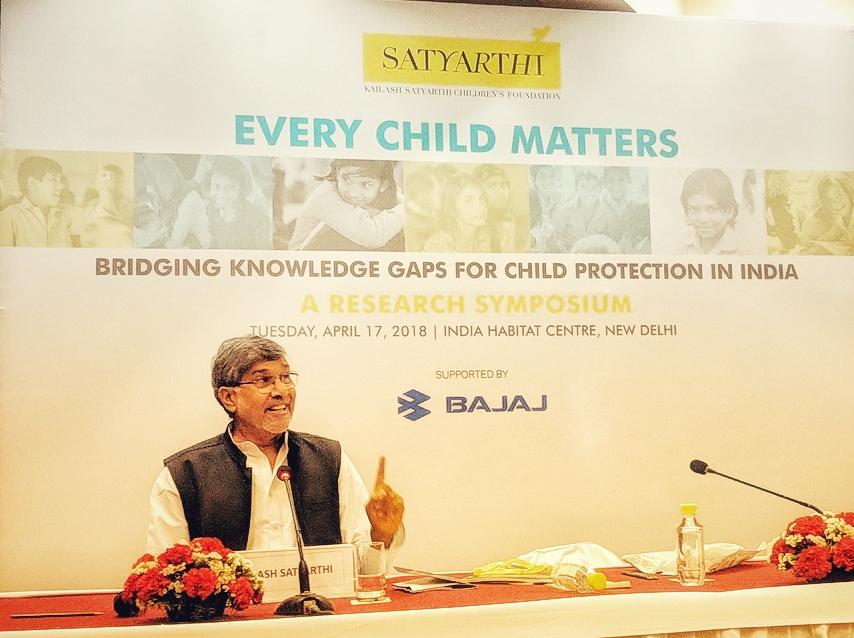 Kailash Satyarthi at the research symposium.

For child survivors and victims of rape, more often than not, the perpetrator is also below the age of 18 – a child himself. Juvenile crime is a heavily contested issue, and the hot button reaction is often extreme – wanting for child perpetrators to be tried as adults, or even demanding for the death penalty depending on the age of the victim (the perpetrator’s age is not mentioned). This assumes all perpetrators of child rape are adults, and again conflates the worlds of adult and child rape, and ignores the realities of children committing these crimes. Goel spoke about the importance of understanding their lived situations to find the root causes of criminality. The lack of education, specifically, the lack of sex education that ignores important concepts like consent and bodily autonomy was one contributing factor. She argued that a lot of the crimes began with a natural adolescent curiosity, lack of proper information and a lack of respect for any non-male genders – and while this does not condone the act, it does explain the circumstances that breed sexual and gendered violence.

The report launched by the KSCF titled ‘The Psychological Impact of Child Sexual Abuse’ mapped the realities of child perpetrators. It revealed how rape culture is inextricably linked to the same ‘-isms’ that plague society: classism, casteism and sexism. It shows that children from higher classes and castes have a behavioural attitude of superiority, born out of a classist and casteist society. So, when mixed with other behavioural issues, such as learnt gender disparity, it breeds a toxic mindset that assumes violence – against all people deemed as ‘lesser’ – as the norm. Rape is about gendered power dynamics but rape culture exists within the larger context of casteism, classism, and other systems of inequality.

Legally, the report argues that child and adult rape is often conflated and despite the Juvenile Justice (Care and Protection of Children) Act, 2015, both perpetrators are treated the same. The importance of restorative justice is evident by the report’s findings that most child perpetrators are repeat offenders – mostly of lesser crimes. It exposes the unjust treatment of children convicted of rape where they are sent to an adult jail and often abused at the hands of older inmates. Without appropriate counselling, this usually pushes them further into the folds of criminality. Focussing on understanding the child’s ground realities and environment, and accordingly framing a preventive, protective and justice-based punishment could break this cycle of recidivism.

“There is no band-aid solution to this epidemic, as attention to the legal and sociocultural and political context is required,” said Desai. Sexual violence is varied and complex, and so it demands a nuanced perspective to really, wholly understand it. Beyond the sensationalist terminology, an understanding of the lived experiences is fundamental to curb the culture of gendered inequality and violence at a grass roots level. This could help in the healing of the survivor and the perpetrator, and have eventual rehabilitation and reintegration as the ultimate goal. A rights-based approach to child criminality would result in children having their voices centred, protected and heard, in the debate about them and their issues.