Leaked data accessed by The Wire shows 11 numbers used by the former court assistant and her family, and that they were of apparent interest to an unidentified official agency prior to a potential hack. 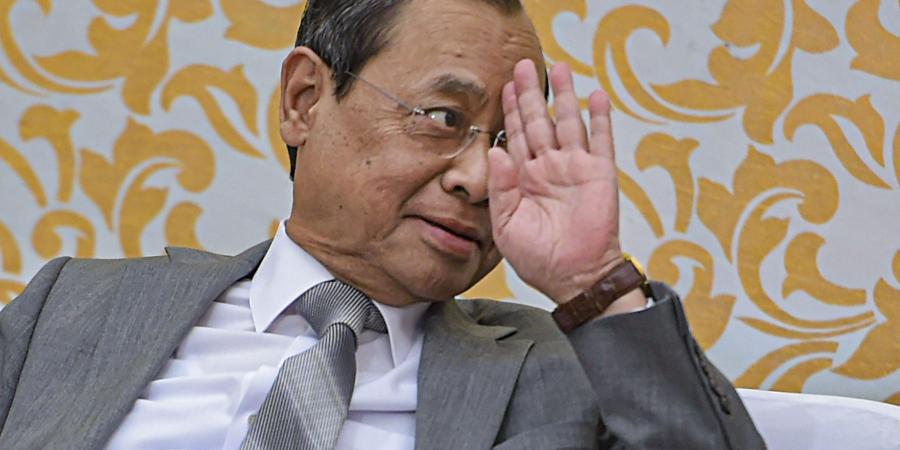 New Delhi: Three phone numbers belonging to the Supreme Court staffer who accused former Chief Justice of India Ranjan Gogoi of sexual harassment in April 2019 were selected as potential targets for surveillance by an unidentified Indian agency that is a customer of the Israel-based-NSO Group, The Wire can confirm.

NSO is best known for its Pegasus spyware, which it says it only sells to “vetted governments” and not to private entities, though the company will not confirm which governments it sells its controversial product to.

The staffer, whose name we are withholding, was dismissed from service in December 2018, weeks after she says she rebuffed the judge’s advances. She recorded her allegations in a sworn affidavit on April 20, 2019 and was marked as a person of interest just days after this, an analysis of a leaked list of phone numbers accessed by French media non-profit Forbidden Stories reveals.

The leaked records show that eight other phone numbers belonging to her husband and two of his brothers were also marked as possible candidates for surveillance in the same week, when her allegations against the CJI were first reported.

All told, a total of 11 numbers associated with the complainant and her family were selected, making them among the largest cluster of associated phone numbers in the India-leg of the Pegasus Project, a special investigation coordinated by Forbidden Stories and 16 international media partners with the assistance of Amnesty International’s technical team.

Her presence in the list, and the timing of her selection, suggest that the reason she and her family became persons of interest is because she went public with serious allegations against the sitting chief justice of India.

Her selection also underlines the point privacy advocates have been making for some time: that the use of highly intrusive and illegal means of surveillance has become routine in situations for which there is not even a remote ‘public emergency’ or ‘national security’ alibi.

In response to a detailed query sent to the Prime Ministers’ Office by members of the Pegasus Project, the Ministry of Electronics and Information Technology (MEITY) described as “malicious claims” the allegation of an association “between the Government of India and Pegasus” and added, “The allegations regarding government surveillance on specific people has no concrete basis or truth associated with it whatsoever.”

The Wire was unable to forensically examine any of the phones linked to the former court assistant for traces of hacking – and thus cannot conclusively establish that she was indeed targeted by Pegasus.

But the presence of as many as 11 linked numbers in the list we accessed raises troubling questions about privacy, gender justice and the integrity of the legal process she set in motion by submitting an affidavit to the apex court.

Soon after her complaint, the young woman appeared before a specially constituted in-house committee in what was meant to be a confidential process. If indeed her phones were successfully compromised, this means the agency involved would have had the ability to eavesdrop on privileged conversations with her lawyers.

In other words, the legal strategy of a woman who said she was sexually harassed by India’s top judge would have been known to whichever individual or agency was interested in surveilling her, placing them in a powerful position vis a vis not just the woman but, presumably, CJI Ranjan Gogoi too, who was presiding over several important cases in which the government and ruling party had major political stakes.

The affidavit, which the woman sent to 22 sitting judges of the Supreme Court, documented what she claimed was the deliberate and drawn-out victimisation of her husband and other family members after she spurned “unsolicited” sexual advances by Justice Gogoi.

The woman’s husband and brother-in-law both worked for Delhi Police at the time of her alleged sexual harassment and were suspended in January 2019, soon after her dismissal, as part of what she alleged was a vendetta against her. This vendetta, she said, included being charged and arrested on the basis of a fabricated criminal complaint that was eventually dropped for lack of evidence.

The former Supreme Court judge denied all allegations put forth by the staffer at the time. The in-house probe conducted by the apex court – which was sharply criticised over the manner in which it was created and went about its task – eventually exonerated Gogoi, with a three-judge panel declaring that her charges had no “substance”.

That entire process now stands vitiated by the possibility that she and her family’s telephones might have been monitored on the instructions of senior officials.

According to The Wire‘s investigation, two of the three phone numbers which the former court staffer was using were first selected days after her complaint was first reported, while her third number was chosen almost a week later.

Four out of the five phone numbers which belonged to her husband were first selected days after the affidavit became public, while the last number was selected a few days later. On similar lines, the phone numbers of two of her husband’s brothers were also selected around this same period of time.

Attempts to “look up” all 11 phone numbers – a necessary first step towards executing a potential hack with spyware like Pegasus, say telecom security experts – continued for at least several months after they were first targeted following the allegations becoming public.

It is not possible to know if the phones of the staffer, her husband or her brother-in-laws were actually compromised or infected with Pegasus spyware without conducting forensic analysis. The Wire reached out to the complainant and her family members, but they declined to participate in this story.

Allegations and the aftermath

In her affidavit, the complainant claimed that Justice Gogoi had allegedly attempted to be physically intimate with her in exchange for certain favours.

She also claimed that in the days after she rejected the CJI’s alleged advances, she was transferred thrice in a matter of weeks and put through onerous disciplinary proceedings that eventually caused her dismissal from the job. Her brother-in-law who was appointed from the CJI’s discretionary quota was also removed from his office without any explanation.

Her trauma didn’t end there. She claimed in her affidavit that soon after the episode, her husband and one of his brothers were subjected to a departmental inquiry on allegedly false charges, following which they were suspended from the Delhi Police. Around the same time, she claimed, a criminal case of bribery against her was filed by a person she had never met, and was subsequently arrested. During her incarceration, she alleged she was tortured by policemen, who had also been keeping a watch over her family since she was removed from the CJI’s office.

The CJI’s office, at the time, denied all allegations and dismissed them as “completely and absolutely false and scurrilous.” At a hurried convened special sitting of the court on April 20 which he himself presided over, Justice Gogoi claimed the accusations against him were an attack on the “independence of judiciary” and a “bigger plot” to “deactivate the office of the CJI”.

When The Wire met her in April 2019, while reporting on the initial story, she appeared to be under immense mental duress, and so was her family. Having lost all their sources of income almost simultaneously, they mustered the courage to file an official complaint against the CJI and sought the intervention of other top Supreme Court judges.

However, as it turned out, the hearing of her matter at under the Supreme Court’s in-house procedure unfolded in what critics called a one-sided affair, with multiple legal observers faulting the court for failing to give the complainant a fair hearing. The complainant, citing intimidation and a lack of sensitivity, eventually withdrew from the proceedings, which were handled by a committee comprising Justices S.A. Bobde (Gogoi’s successor as CJI), Indira Banerjee and Indu Malhotra.

Over the course of the hearing, she claimed the judges looked at her complaint with suspicion and not empathy. Later, she also pointed to a curious anomaly: though she was denied a copy of the committee’s final report, which found “no substance” in her accusations, the report itself was submitted to the CJI against whom the complaint was filed.

In the months after the issue left the public eye, the complainant’s husband and his brother were reinstated in their respective positions in the Delhi Police. The complainant was also offered her job back at the Supreme Court in January 2020, but she refused it, citing her flagging mental health. The offer of reinstatement was seen by observers as tacit acknowledgment that her sacking had indeed been improper.

After the sexual assault allegations, Justice Gogoi went on to serve out his term as the 46th CJI until November 17, 2019.

Within six months of his retirement, he was nominated to the Rajya Sabha as “a member of eminence” by the Union government, a move that was criticised by senior members of India’s legal fraternity.