The hospital also delayed testing Pooja Lakhan for the viral disease, only doing so after sanitation workers protested.

Representative image. The dead body of a COVID-10 patient being removed from a hospital. Photo: PTI

Jaipur: On April 11, Pooja Lakhan, a contractual sanitation worker from the Valmiki community at the government-run Mathura Das Mathur hospital in Rajasthan’s Jodhpur, had just finished her daily task to pack a dead body and shift it from the hospital ward to the mortuary, when fellow workers broke the news to her that the body was of a COVID-19 patient.

Perturbed, Lakhan had no idea what to do next, as she had not used any personal protective equipment (PPE) to handle the body. This is contrary to guidelines issued by the Centre, requiring all workers who handle COVID-19 patients to take precautionary measures.

Her colleagues advised her not to return home, suggesting that she get tested first. Without wasting a moment, she rushed to the hospital authorities and narrated the incident, however, no one paid attention.

Helpless, Lakhan spent the whole night in the hospital’s corridor, waiting to be tested or quarantined. When her colleagues learnt about the insensitive attitude of the hospital authorities, they protested in the hospital premises the next morning. This grabbed the local media’s attention and made frontpage headlines.

It was only after this that the authorities tested Lakhan and quarantined her.

Sachin Sarvate, head of an organisation called the Rashtriya Vanchit Lok Manch (National Organisation for the Deprived) that vigilantly addresses matters of caste discrimination, says sanitation workers are constantly dehumanised. “Sanitation workers, especially from the Dalit community, are always taken for granted. They are never looked upon with dignity. This is so deep-rooted that even not protecting the workers during a pandemic won’t appear discriminatory to many,” Sarvate said.

Valmikis are a Scheduled Caste community who have been forced into sanitation work and denied equal opportunities, dignity and education for centuries. 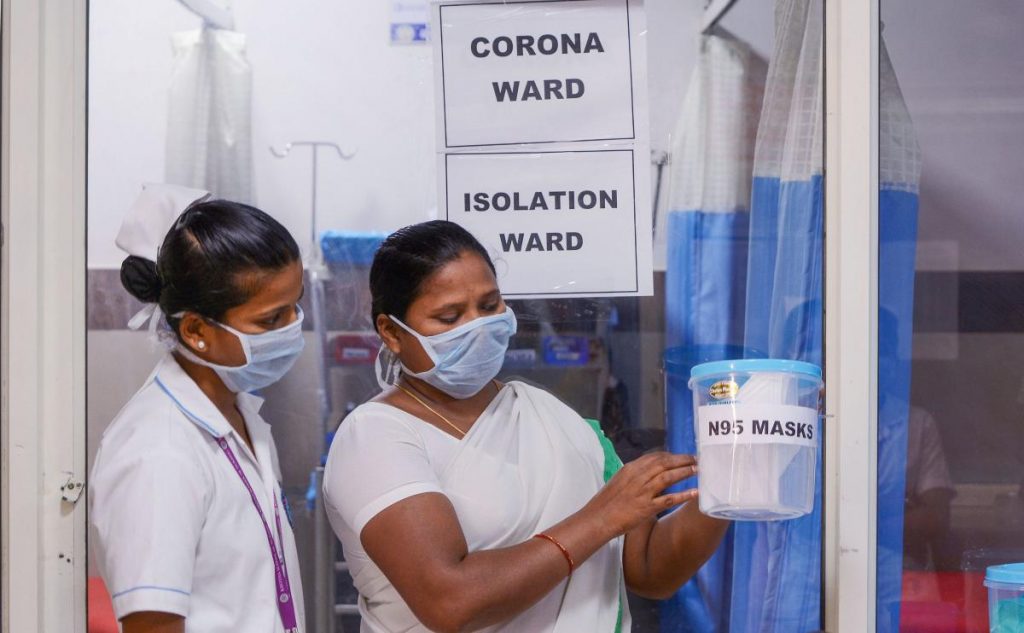 Lakhan has been working as a sanitation worker for the past 15 years. When her husband was diagnosed with a liver infection, she became the sole earner in her family. She did not have any educational qualifications and was pushed to take up a sanitation job, largely a caste-based occupation. “Yehi toh kaam karate, aur kuch ni deta koi (We are asked to do only sanitation work, employers won’t give us any other work),” says Lakhan.

Employed through a private contractor, her job is to clean the bathrooms and odd jobs such as packing and shifting the dead bodies from the wards to the mortuary for Rs 5,000 per month.

Fortunately, Lakhan’s test returned negative for COVID-19. After completing three weeks’ quarantine, she is back home now. However, she has decided not to go back to work, at least until the threat of COVID-19 has been dealt with.

Also Read: Sanitation Workers: At the Bottom of the Frontline Against COVID-19?

This experience has unsettled her. She says she can’t leave her husband alone as he requires her assistance in every activity. “During quarantine, I was fed from time to time but was constantly worried about my husband, as there was nobody to look after him,” she told The Wire.

For the past few days, her family has depended on the food distributed by NGOs working in her area. Even though they have to skip meals sometimes, she stands by her decision not to return to work. “Hunger may not take our lives but this deadly disease will kill us most definitely,” she says.

Guidelines mandate the provision of PPE

The National Centre for Disease Control (NCDS) has formulated guidelines to be followed by the health workers while removing the dead body of a COVID-19 infected patient from the isolation room or area. The primary precaution states that PPE such as water resistant apron, goggles, N-95 mask and gloves should be used.

However, the MDM hospital didn’t care to provide Lakhan with PPE despite knowing that COVID-19 patients are being treated at the facility.

The guidelines also say that all staff who handle dead bodies should be trained in infection prevention control practices.

For many sanitation workers like Lakhan, COVID-19 has made their jobs even more risky. However, their safety does not seem to be a priority for authorities.