India is not in the list of countries whose vaccines are recognised in England, forcing travellers from there to be subjected to over a week of tests and isolation. 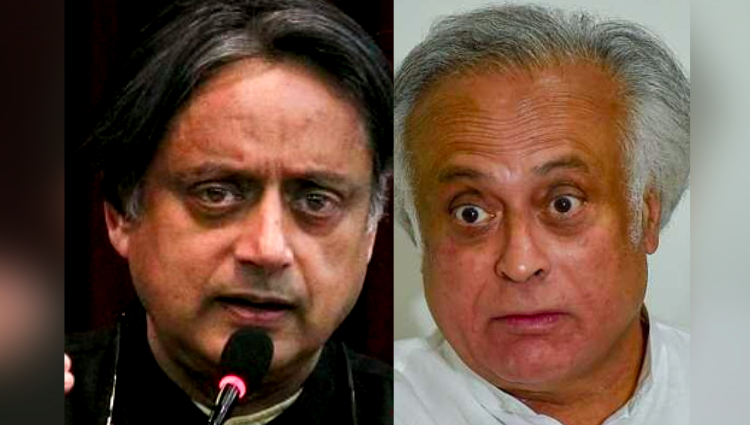 New Delhi: Former Union ministers Jairam Ramesh and Shashi Tharoor have heavily criticised the UK’s COVID-time travel regulations under which Indians who have received Covishield doses would still be treated as unvaccinated.

‘Covishield’ is the name given to the Oxford University-AstraZeneca vaccine fashioned in the UK itself and produced in India by the Serum Institute.

Travellers who aren’t recognised as being fully inoculated by authorised vaccines and certificates under England’s international travel rules – including Indians – will have to take a pre-departure test, additional RT-PCR tests on day two and day eight after their arrival, and also self-isolate at their given address for 10 days upon entry, the UK rules state.

Tweeting on the restrictions, Rajya Sabha MP Ramesh pointed out the bizarreness of the exclusion of Covishield from the list of authorised vaccines and said these restrictions smack of racism.

Absolutely bizarre considering Covishield was originally developed in the UK and The Serum Institute, Pune has supplied to that country too! This smacks of racism. https://t.co/GtKOzMgydf

Thiruvananthapuram MP Tharoor, meanwhile, has pulled out of a debate at The Cambridge Union debating society and from events to mark the launch of the UK edition of his book, The Battle Of Belonging.

Because of this I have pulled out of a debate at the @cambridgeunion &out of launch events for the UK edition of my book #TheBattleOfBelonging (published there as #TheStruggleForIndiasSoul). It is offensive to ask fully vaccinated Indians to quarantine. The Brits are reviewing! https://t.co/YEVy3Ez5dj

“It is offensive to ask fully vaccinated Indians to quarantine. The Brits are reviewing!” the former external affairs minister said.

Both Congress leaders quote-tweeted an analyst who had posted on the UK government confirming the rules for travellers. It mentions that if a traveller has been vaccinated in Africa, South America, or countries like UAE, India, Turkey, Jordan, Thailand and Russia, then the UK considers her unvaccinated.

Understanding, MULTIPLE countries are not happy with UK government tonight 😬

One foreign minister tells me: “In our first meeting with Liz Truss, UK new Foreign Secretary, we expect her to explain why our Pfizer jabs are supposedly different to Pfizer jabs in UK or Europe” 🔥

From October 4, the current traffic light system of red, amber and green countries based on levels of COVID-19 risk will be scrapped in the UK and replaced with a single red list.

The scrapping of an amber list, which is what India is currently on, means reduced cost burden for travellers – especially for the Indian diaspora vaccinated in the UK – as compulsory RT-PCR tests can be done away with.

This new two-tiered system in the UK is expected to stay in place till the end of the year, with a further review planned for early in the new year.