Even as politicians are busy trading charges over the case against an SAD leader, activists and families say more serious efforts are needed to help those battling addiction. 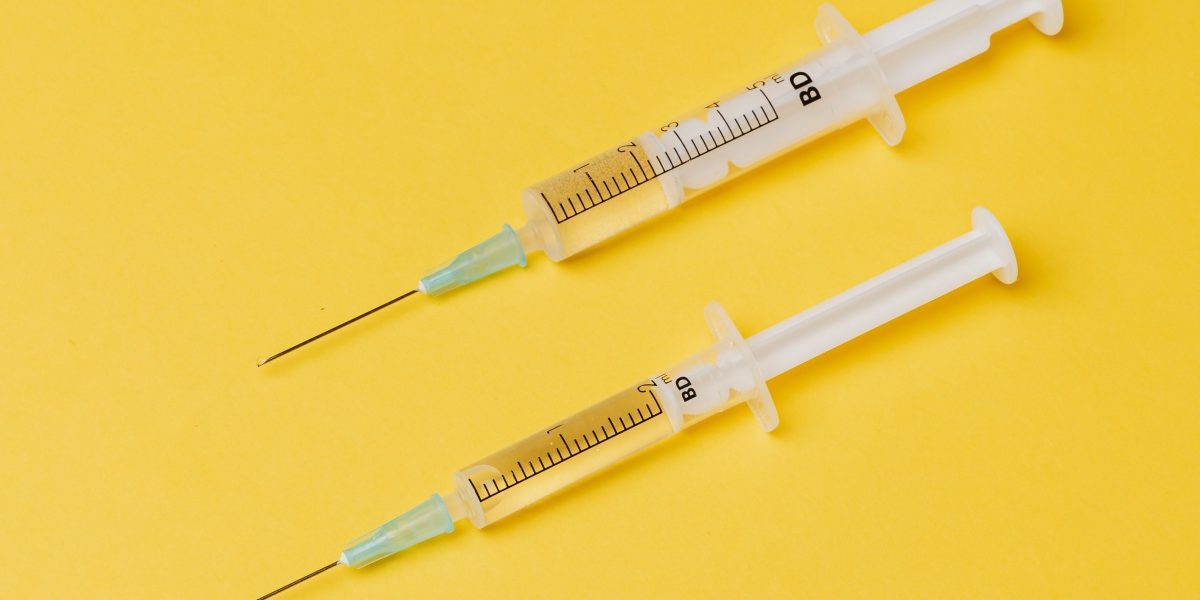 Chandigarh: Even as the political slugfest around the registration of a first information report (FIR) against the Shiromani Akali Dal (SAD) leader Bikram Majithia rages on, newspapers continue to report deaths related to drug abuse in Punjab.

While the Congress government and its leader Navjot Singh Sidhu want to project the case against Majithia as a major win against drug trafficking in the state, activists and families of those who are battling addiction have a different story to tell – that filing a case against one politician will not have any effect on the illegal trade.

On the evening of December 28, Rajinder Singh (29) of Bathinda’s Ghuman Kalan village died of a drug overdose. In February, Rajinder’s elder brother Ranjit Singh (32) too died of drug addiction.

Karamjit Singh, a resident of the village, told The Wire that with Rajinder’s death, all the male members of his family have passed.

Karamjit said the family watched Rajinder after his elder brother’s death. “Earlier this week, he returned home from work. Sometime later he was found dead in his room with an empty syringe in his hand,” said Karamjeet.

In an interview with a local news portal, Rajinder’s mother Manjeet Kaur wept her heart out. “I am unable to sleep at night as I see the dead bodies of both my sons all the time,” she said.

She said though the family tried hard to lure the two brothers out of addiction, it was in vain. She blamed their addiction on the ease with which drugs can be purchased in the village. “Even a 10-year-old child in the village knows where the chitta (a form of heroin) is sold,” she added. She said there is a deep nexus that facilitates drug trade in the state.

“Why is the police not proactive? Why is Majithia booked now? No one is actually serious about eradicating the drug menace, nobody thinks about families that have been affected,” she said. 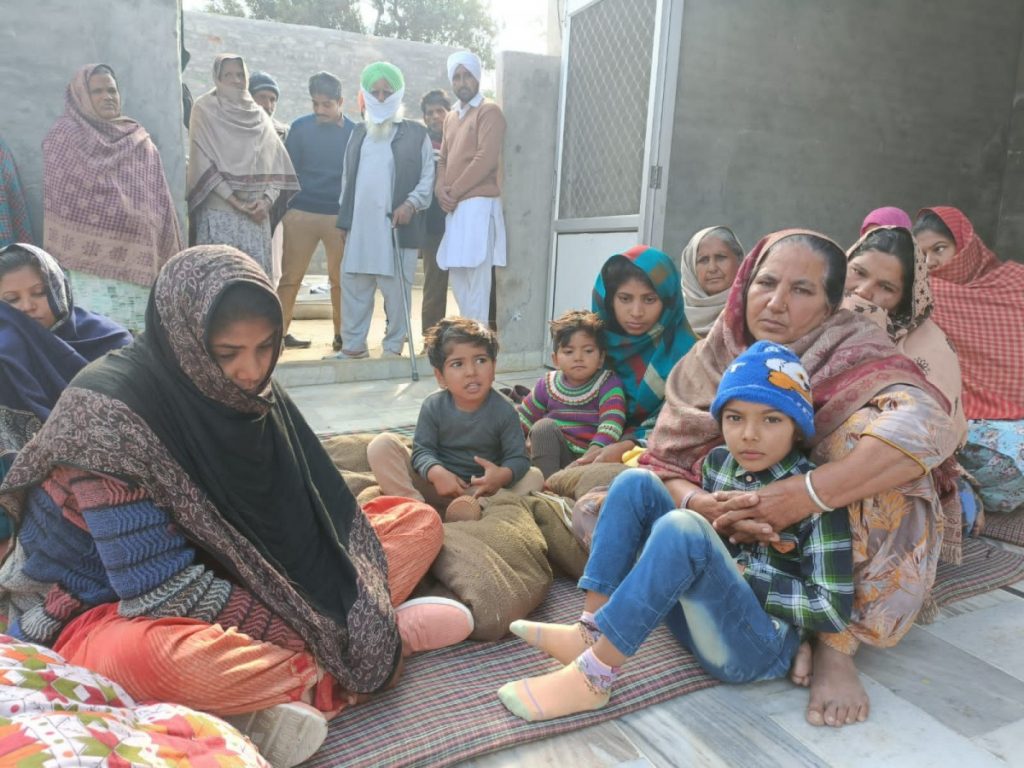 The family of Rajinder Singh in Ghuman Kalan village of Bathinda. Photo: By arrangement

Harpreet Singh, who became the father of a daughter six months ago, was found dead near his residence on December 29 in Sri Muktsar Sahib due to a drug overdose. The family said that he had returned home about two weeks ago from a de-addiction centre but could not fully recover.

The people in his neighbourhood also blamed the easy availability of drugs and the failure of the police to nab people involved in drug peddling as reasons for Harpreet’s struggles with addiction.

In another case, an 18-year-old was found dead in Tarn Taran district’s Fatehabad village due to a drug overdose on December 24. The body of Gagandeep Singh was found in the cremation ground of the village. In a video message, Ganagdeep’s father, Ram Lubhaya, accused the police of not doing enough to tackle the drug problem in the area.

He said: “There are many drug addicts and smugglers in our locality. We often go to the police to make complaints. But the police don’t listen to us. Drugs are easily available. It was the reason that my son couldn’t quit.”

The grieving father added: “All my three sons were fighting addiction. Gagandeep was the youngest and he has died due to a drug overdose. I tried to get their addiction treated medically. My other two sons are better now. But Gagandeep couldn’t quit.”

Sonu Maheswari of Bathinda-based NGO Noujawan Welfare Society, which helps the police in handling drug-related cases, told The Wire the situation on the ground is very alarming.

“On an average, we handle at least two-three drug overdose deaths every month. We also have around four-five cases every month where a person is discovered unconscious because they have taken a large dose. Every time, it is very painful to see the helplessness and grief of family members when they are handed over the dead bodies of their children,” said Maheshwari.

What experts and different studies say

The Punjab Opioid Dependence Survey (PODS) was commissioned by the Union government and conducted in February-April 2015 by the NGO Society for Promotion of Youth and Masses (SPYM) and AIIMS experts. It found that there were 2.32 lakh “drug dependents” in Punjab. This means 1.2% of the adult population (2 crores as per the 2011 census) is addicted to drugs. As for ‘users’, the survey estimated the number to be 8.6 lakh — which means 4.5% of all of Punjab’s adult population has at least ‘used’ drugs.

As per a 2019 report titled Magnitude of Substance Use in India by the Union Ministry of Social Justice and Empowerment, about 2.1% of the country’s population (2.26 crore individuals) use opioids which includes opium (or its variants like poppy husk known as doda/phukki), heroin (or its impure form – smack or brown sugar) and a variety of pharmaceutical opioids (synthetic drugs). Punjab has higher users, the survey said.

But those working on the ground say these figures don’t reflect the real situation. Mang Gurprasad, the deputy nodal officer at SBS Nagar’s Nasha Mukti Bharat Abhiyan told The Wire that several drug-related deaths or severe addiction cases go unreported as people prefer not to approach the police or government authorities due to social stigma.

A member of an NGO in Bathinda told The Wire that even the police underreport the drug-related deaths. “There were instances when even higher rank police officers asked us to hide the syringes found near the dead bodies,” he said.

Dr Atul Ambekar of AIIMS, New Delhi was the principal investigator of PODS in 2015. He told The Wire that the problem of drug use or drug use disorders is fairly large in India but is still at a manageable level. The most worrying category of drugs in India are opioids, with the prevalence of opioid use in India being three times the global average (0.7% Vs 2.1%). It is now well established with research that across all the drug categories, drugs in the opioid group (particularly heroin) are associated with the highest rates of disease, death and disability. So high prevalence of opioid use, particularly heroin, is indeed a matter of concern.

Did ban on less harmful substances give rise to chitta?

He said since both drugs were banned, the drug market had an incentive for shifting towards heroin since the profit margins are many times higher. Before the NDPS Act, ganja or charas were not so strictly controlled and low potency opium products like poppy husk were also available in a regulated manner. “A complete ban on substances with low potency, and less addictive potential has facilitated the movement of the drug market towards more potent and riskier substances,” he said.

“Like any other market, reduced availability of one product will lead to a switch to a substitute among the consumers. Thus, restrictions on the availability of poppy husk appears to be creating a market for heroin. Similarly, if heroin becomes dearer, a shift to alternatives in the form of pharmaceutical opioids can be expected,” he added.

“Thus, it is absolutely critical that our response to drug problems is based not just on law enforcement and drug supply control but has a judicious balance of drug demand reduction and harm reduction as well,” he added.

Politicians in Punjab often seem to underplay the severity of the drug problem in Punjab. SAD president Sukhbir Singh Badal claimed in 2016 that out of the total 2.77 crore population (2011 population census) in the state, only 0.06% were drug addicts.

Punjab Congress chief Navjot Singh Sidhu repeatedly accused Amarinder Singh, who came to power in 2017 on the promise of tackling the drugs and sacrilege issues, of not doing enough to stop the drug trade in Punjab.

On the other hand, the Aam Aadmi Party (AAP) slams both the Congress and the SAD for their “failure” to eradicate the drug trade.

Advocate Navkiran Singh, who is pursuing drug-related cases in the Punjab and Haryana high court, told The Wire that these deaths can’t be stopped unless there is a serious attempt to break the nexus between drug smugglers, police and politicians.

“I am not saying action against Majithia was wrong but at the same time, the state government failed to act on reports of other SITs in which the role of police officials in aiding and facilitating the drug business was investigated,” said Navkiran.

He said senior police officer Siddharth Chattopadhyaya, who is currently heading the police department as acting director general, submitted multiple reports to the high court in 2018 after probing the role of police officers involved in trafficking and sheltering the drug peddlers.

“My question is, why is the state government silent on taking action on these reports despite giving an undertaking in the HC recently that they will act on them?” he said.

Navkiran said it appeared that the state took action against politicians for the sake of political mileage but is not taking suitable action on other reports.

He said, “Basically no government wants to annoy the police by taking action against them. What other reason could there be for the state not taking action on the reports that were drafted by the present DGP himself?”

He said the drug racket in Punjab is a  multi-crore business which will continue to thrive until serious efforts are made to break the nexus.