Thousands Rally Across India to #NotInMyName Protests Against Lynchings of Muslims, Dalits

"We are outraged at the systematic violence. The state has done nothing; there has been a deafening silence from the powers that be." 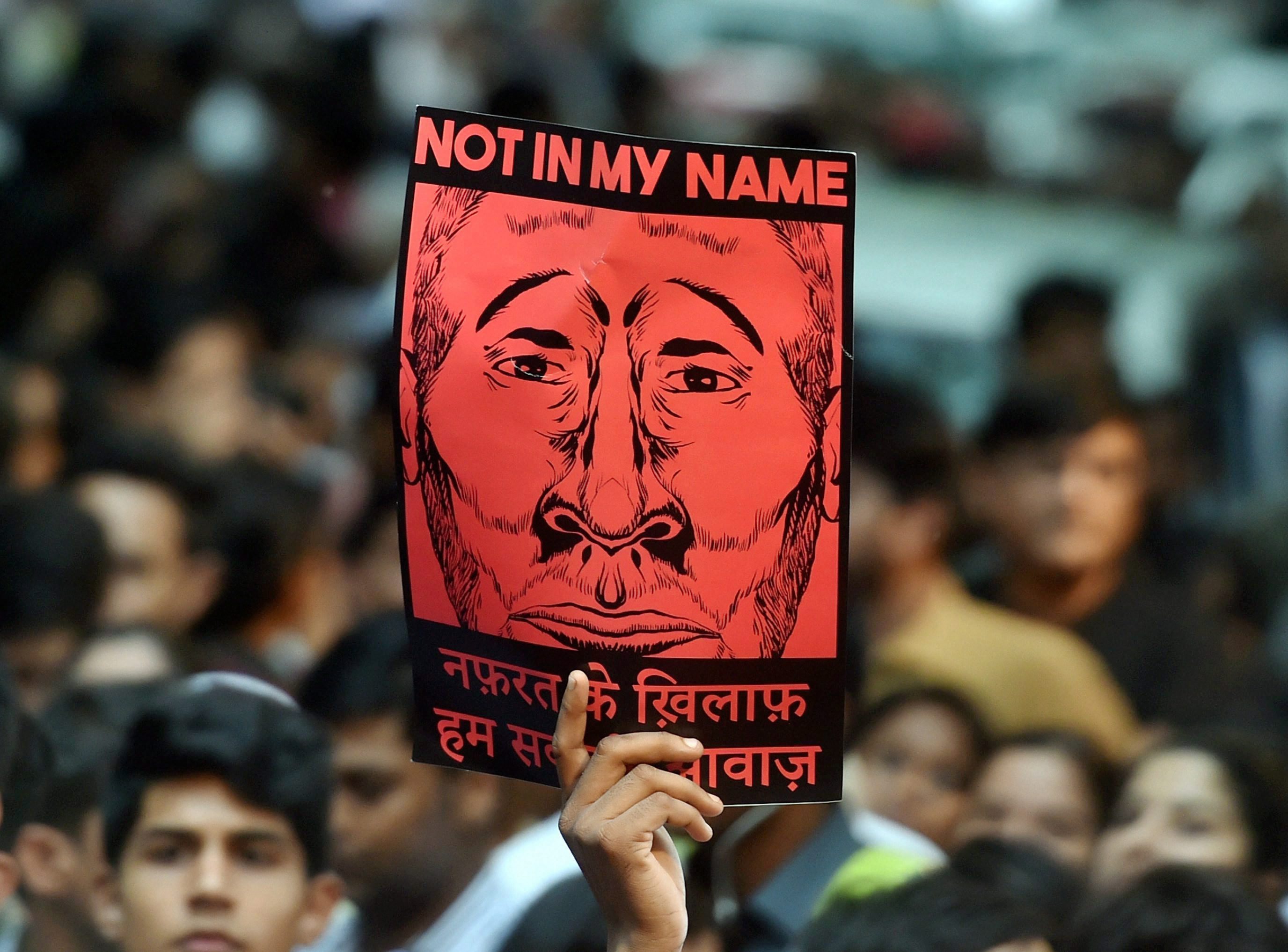 New Delhi: Braving heavy rain in some cities, thousands of people across the country took to the streets on Wednesday in an unprecedented citizens’ protest against recent incidents of mob violence across the country that have targeted Muslims and Dalits on one pretext or the other.

Holding placards that read: “Break the Silence”, “No Place for Islamophobia” and “Shed Hate not Blood” among others, the protesters said they had gathered to send out a message that they stood united in defence of all those citizens who were under attack.

The overall theme of the protest was ‘Not in My Name’ – a civic act of dissociation from the violence committed by individuals and organisations who claim to be acting in the name of the ‘nation’, the ‘public’, ‘Hindus’ and whose crimes have not attracted the kind of official condemnation and prosecution that the rule of law normally involves. 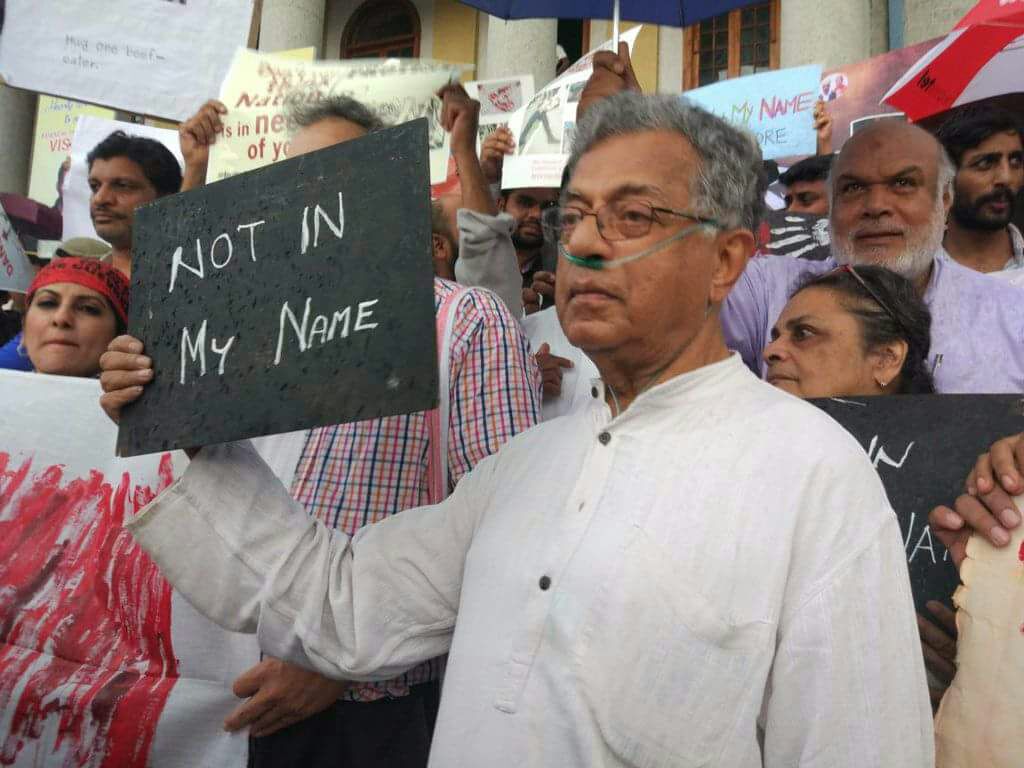 At Jantar Mantar in the national capital, where more than 3,000 people participated through the evening, those who took part included family members of 16-year-old Junaid, who was stabbed to death on June 22 on board a train, which he had taken with his two brothers after Eid shopping in Delhi.

A group of passengers hurled communal abuses and attacked them after an altercation over seats. At least one of the alleged killers has said that he was egged on by others in the mob who told him Junaid and his brothers ate beef.

On Wednesday night, a 100-strong mob attacked a Muslim man on the suspicion that he had slaughtered a cow after finding the carcass of a bovine near his house in Giridih district of Jharkhand.

There has been a surge in cow-related acts of violence since the Modi government came to power, with one survey calculating that 86% of the 28 people killed in these incidents were Muslims.

One of Junaid’s brothers, Mohammed Asaruddin, read out a “letter to his mother from heaven”, at the protest:

You wanted me to buy new clothes in Delhi, but fate has landed me in heaven, where you don’t have marauding mobs. I am home.

Asaruddin’s voice quivered as he read out the lines in Hindi from a makeshift dais, set against the backdrop of a “lynch map of India”, highlighting the places where people had been lynched in incidents related to cow slaughter  since 2015.

Among the protesters in Delhi were ordinary citizens, as well as leaders from the Aam Aadmi Party, the Communist Party of India, Communist Party of India (Marxist), Congress and Janata Dal (United). Many of Delhi’s well-known artists and writers also turned up, though the crowd was overwhelmingly young, a reflection of the growing disquiet in the country over what appears to be an epidemic of lawlessness by mobs.

Singers Rabbi Shergill and Chinna Dua and the actor-dancer Maya Rao were among the artists who performed in solidarity. 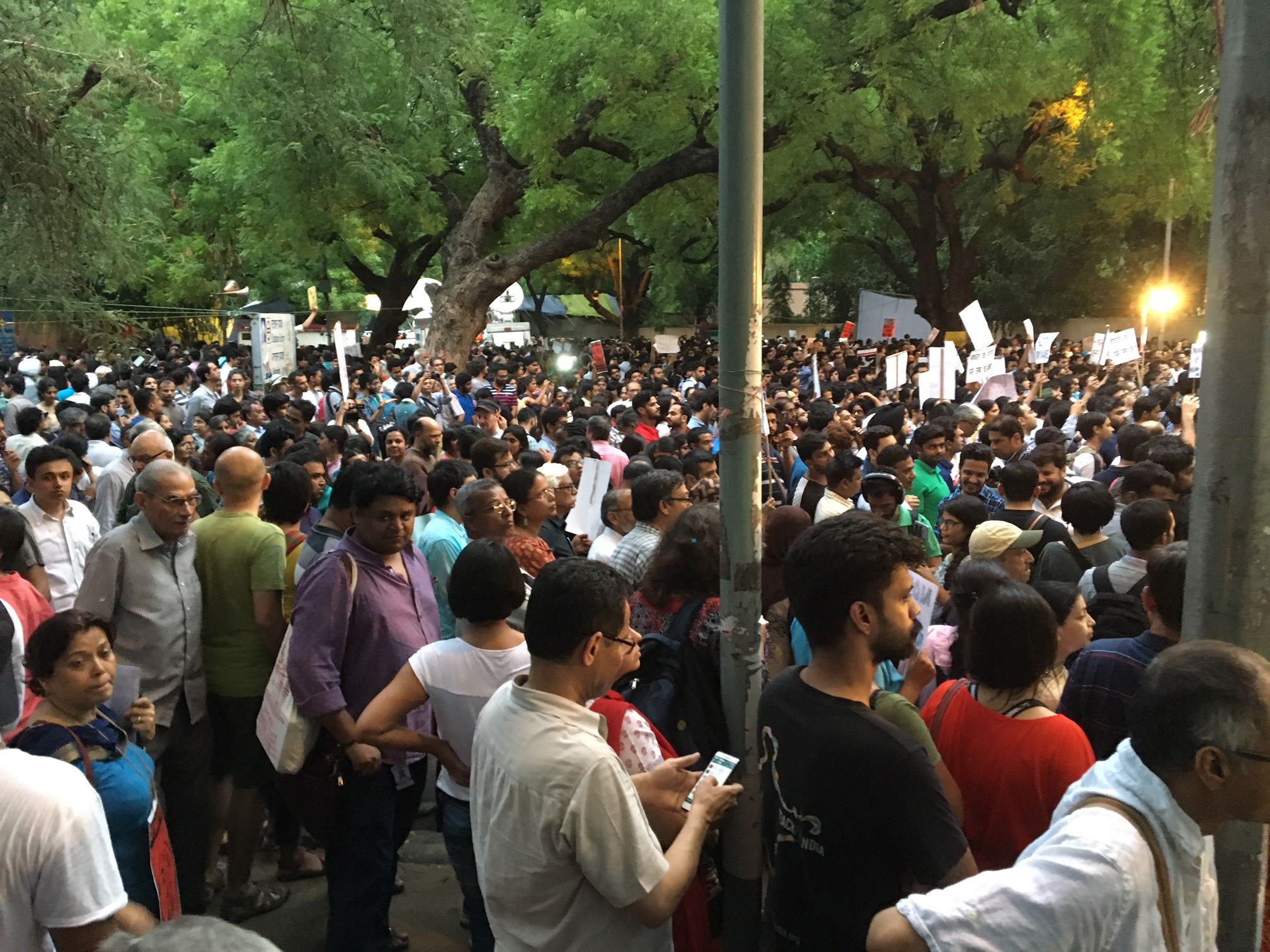 More than 3,000 people took part in the #NotInMyName protest at Jantar Mantar, New Dehi, against lynch mob attacks on minorities and Dalits. Credit: The Wire/SV

The “Not In My Name” campaign began after a Facebook post by filmmaker Saba Dewan following the stabbing of Junaid.

“We are outraged at the systematic violence. The state has done nothing; there has been a deafening silence from the powers that be,” she said.

Her call for a protest drew responses from across the country and gatherings similar to the one in Jantar Mantar were held in more than a dozen cities, towns and even villages across India.

An ailing Girish Karnad was at the Bengaluru protest, with oxygen tubes attached to his nostrils, as was historian Ramachandra Guha.

In Mumbai, people braved the rain to come out in large numbers. Actors Shabana Azmi, Nandita Das, Kalki Koechlin, Konkona Sen Sharma, Rajat Kapoor and Ranvir Shorey, and social media activist Arpita Chatterjee were among those who participated in the protest held at Carter Road in suburban Bandra.

Azmi said these are not isolated incidents and there is a need for a stringent law against the perpetrators.

“We are demanding a law against mob lynching,” she said. 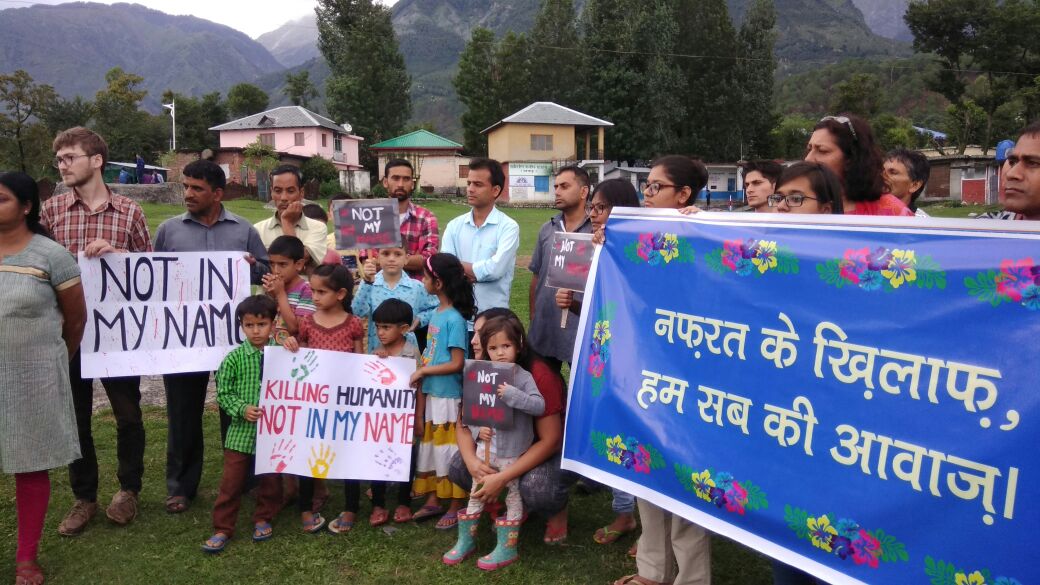 In Kolkata, those who gathered included the filmmaker Aparna Sen. She said she was protesting against something that “we do not support and that is attacking any religious community”.

She stressed that the liberal voice has to be heard.

Inspired by the show of solidarity with the victims of mob violence, civil society activists in Pakistan have planned a #NotInMyName protest in Karachi on July 1 against mob killings in Pakistan in the name of blasphemy, as well as extremist violence by jihadi groups that claim to be acting in the name of Islam. 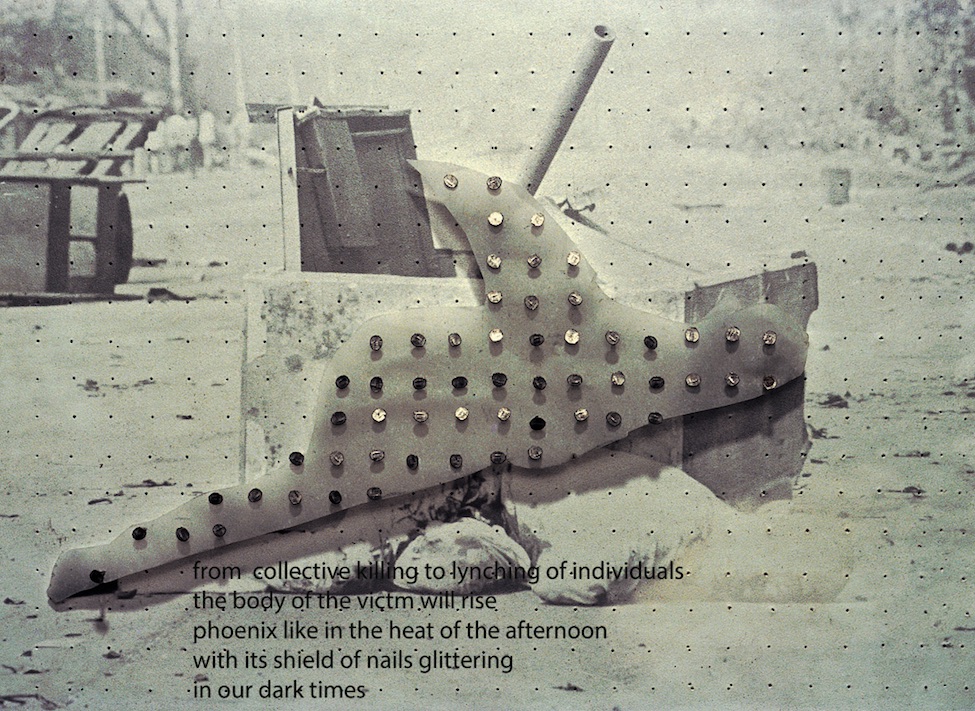 The artist Vivan Sundaram, who was unable to attend the Jantar Mantar protest, shared an image from his ‘Memorial’ series based on a photograph by Hoshi Jal and a poem by himself:

Watch: The Wire‘s video coverage of the Delhi protests