The strike was expected to last just for one day, but may now continue for a week. 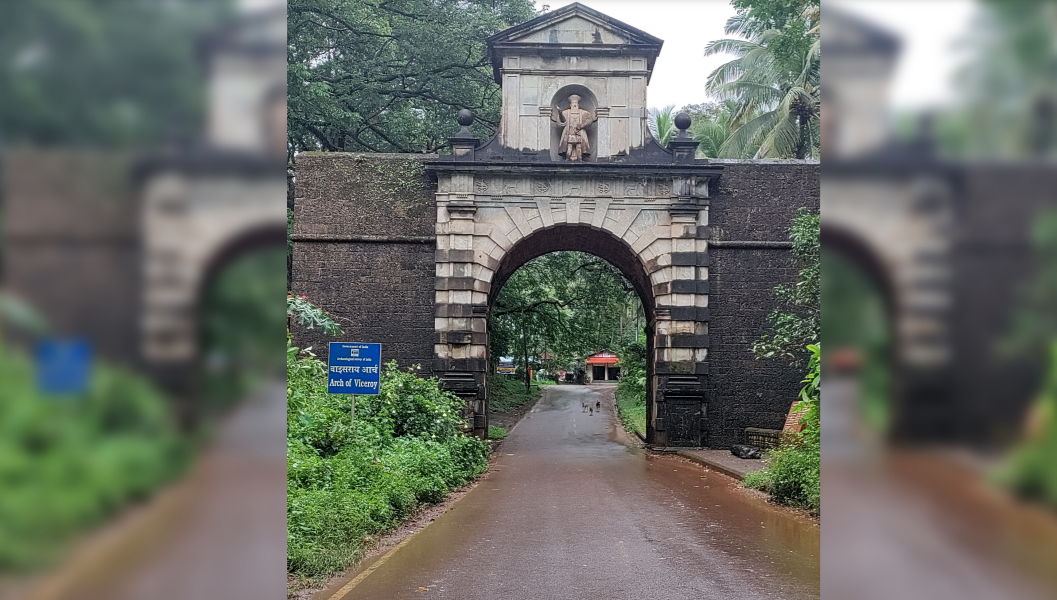 New Delhi: Protests against construction in a heritage precinct of Old Goa continue, with activists and locals beginning a hunger strike on Wednesday that will continue for a week.

According to the Indian Express, activists and members of the Save Old Goa Action Committee (SOGAC) said that seven-eight people were on a hunger strike from 8 am to 6 pm on Wednesday outside the Basilica of Bom Jesus in Old Goa. The activists say the construction is illegal as it is happening inside a protected area under the Ancient Monuments and Archaeological Sites and Remains Act, 1958, where several centuries-old churches are located.

The bungalow is being constructed in Ella village in the Tiswadi taluka, as The Wire has reported. A part of the land is owned by developer Manish Munot, who is the husband of BJP spokesperson Shaina NC. Munot told The Wire that he was pulling out of the project in the face of protests.

SOGCA has filed a special leave petition before the Supreme Court, saying the case represents “gross misuse of power by the state government to favour a powerful and influential party.”

According to the Indian Express report, Munot has now pulled out of the project. However, activists said even if that was the case, the construction has continued.

At another protest that was held on Sunday, architect Tahir Noronha administered a pledge to fight “businessmen and politicians” who are trying to “destroy Goa’s heritage”.

“I pledge that until the illegal structure at Old Goa is demolished, and the TCP [town and country planning] department draws the protected area, buffer zones on the regional plan at Old Goa, I will not vote for any candidate put forth by the ruling party governing our state and country,” the pledge said, according to Indian Express.

As Devika Sequeira reported for The Wire, the real estate market is booming as affluent Indians from other parts are looking to move to the scenic state to work from home. Conservation activists and locals fear that if the bungalow in Ella village is allowed to go up, it will set a precedent for other construction activities in heritage zones.

According to the Indian Express, Shaina and her husband Munot have reiterated that they have “nothing to do with the construction”.

The newspaper reported that more people will join the fast from Thursday onwards. Activists said that a number of people visit the basilica on the first day of Novena, including Hindus, which helped raise awareness.

While state government officials have so far refused to comment on the situation, Goa orts minister Micheal Lobo broke the administration’s silence on Wednesday saying he is confident action would be taken against the structure. “I am 100% sure that the CM will stop this work. Whatever permissions were granted – town and country planning, coastal regulation zone – will be revoked and that bungalow will be brought down. We all need to stay together,” he said, according to Indian Express.

“Something that is protected as heritage, somebody just comes and does whatever they want…People of Goa are speaking and we have to open our ears and listen,” Lobo added.