Despair in a Package: How a Private Hospital in Delhi Tried to Fleece a COVID Patient

As her mother lay in the ICU, a young woman fought harder than a government representative to enforce the state’s price cap order for COVID cases. She won the battle, but lost her mother. 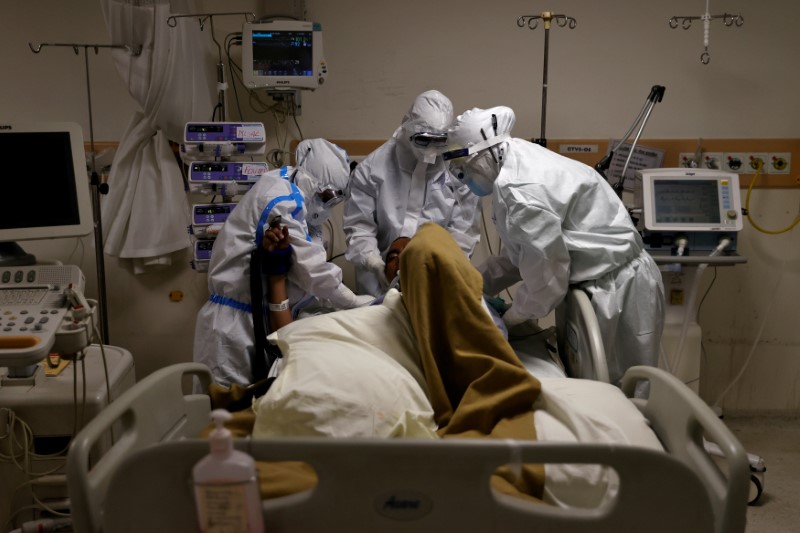 New Delhi: On June 24, when Mayanka Sanghotra learned that her mother, Narender Kaur, had tested positive for COVID-19, she was naturally alarmed. She could not get through to any of the government helpline numbers listed online, but she did discover that Shanti Mukand Hospital, located about ten minutes away from her home, was dedicated to patients infected by the novel coronavirus. Within hours, Sanghotra had her mother admitted to the hospital.

The doctors at Shanti Mukand said the 52-year-old Narender’s condition was critical. She had very unstable oxygen levels. Sanghotra was prepared to do anything to ensure the best possible medical intervention, so when she was told that the hospital offered a COVID package for Rs 4 lakh and they would start the treatment immediately when she deposited the amount, she agreed.

The package included Rs 36,500 per day for a bed without a ventilator (Rs 30,000 for the bed and Rs 6,500 to provide PPE kits to the hospital’s staff). Everything else, depending on the number of days Narender Kaur would spend in the hospital and the type of medical services she would require, would be calculated upon her discharge. Since Sanghotra could not withdraw more than Rs 50,000 per day from her bank, she paid the Rs 4 lakh in instalments.

The doctors assured Sanghotra that her mother’s condition was slowly improving. But there were problems. Within two days, Narender had to be put on non-invasive ventilation (NIV) oxygen support. On July 1, Sanghotra was informed that her mother did not have a pulse and now needed a ventilator.

“The doctors still said that at least her condition was not deteriorating,” Sanghotra recalled.

She was asked to arrange for three injections, each for Rs 40,000. Then she was asked to procure the anti-viral drug remdesivir. It was apparently out of stock at the hospital pharmacy.

“It was only available on the black market for prices ranging from Rs 30,000 to Rs 80,000. The doctors had asked for six vials,” said Sanghotra. She managed to get four vials from the hospital pharmacy itself. About a week later, on July 10, she received the other two directly from the manufacturer, whom she was able to call thanks to some of her contacts. 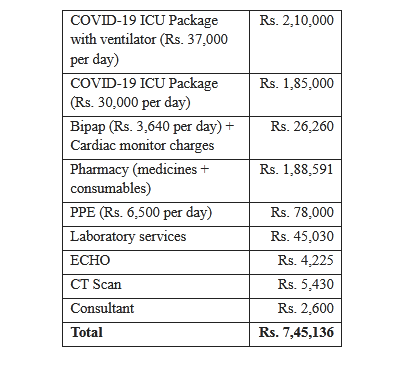 Soon after this, she received a call from the hospital’s billing department. As of July 5, they told her, her bill had exceeded Rs 7.5 lakhs.

The billing department gave her an elaborate breakup of the costs. “This included costs for everything, including sanitisers, all in lakhs! Did the COVID package include nothing needed for COVID treatment?” Sanghotra wondered.

Sanghotra had seen a small notification somewhere that the Delhi government had put a price cap on the treatment of COVID-19 in private hospitals. When she asked the hospital about it, they would not give her a direct answer. So she went home and started looking for help online.

She got in touch with Malini Aisola, the co-convenor of the All India Drug Action Network (AIDAN). Together, they navigated several rounds of negotiations with everyone involved.

Acting on Kumar’s suggestion, Sanghotra went to Dr Tejender Pal, a physiotherapist at Shanti Mukand, that very day for help. Pal directed her to Dr Mohan Dube, the hospital’s director of medical services (DMS). In a supposed display of altruism, Dube assured her that if she deposited Rs 5 lakh with the hospital by the following Monday, he would help convince the management to decide in their favour.

“How was it in my favour when a government price cap existed?” Sanghotra asked.

Also Read: We Need to Consider Nationalising Private Hospitals if We Are to Avert a Total Disaster

On June 20, the Delhi government had issued an order capping prices for COVID-19 treatment in private hospitals. The order said: “…All COVID beds would be at rates given by the Committee subject to upper limit of 60% of the beds of total hospital bed capacity.”

Although the order exists on paper, many private hospitals work their way around it and charge patients much more than the specified limits.

“No one at the hospital ever told me about the existence of this order!” Sanghotra observed.

On July 11, Sanghotra wrote a complaint letter with the subject: “Grievance regarding billing of patient Mrs Narender Kaur for COVID-19 treatment in violation of Delhi Government Order of 20 June 2020” and sent it to the hospital authorities as well as the Delhi government.

In response to this letter, Amresh Kumar and Dube told her over a conference call that ‘things could have been resolved with discussions’.

On July 14, Aisola accompanied Sanghotra to the hospital to meet Dube.

Dube told them that Sanghotra should write an application regarding her financial constraints with respect to the payment of the hospital bill. He instructed Dr Samrul Hoda from the billing department to ensure that Narender Kaur’s case was dealt with at the prices set by the government. 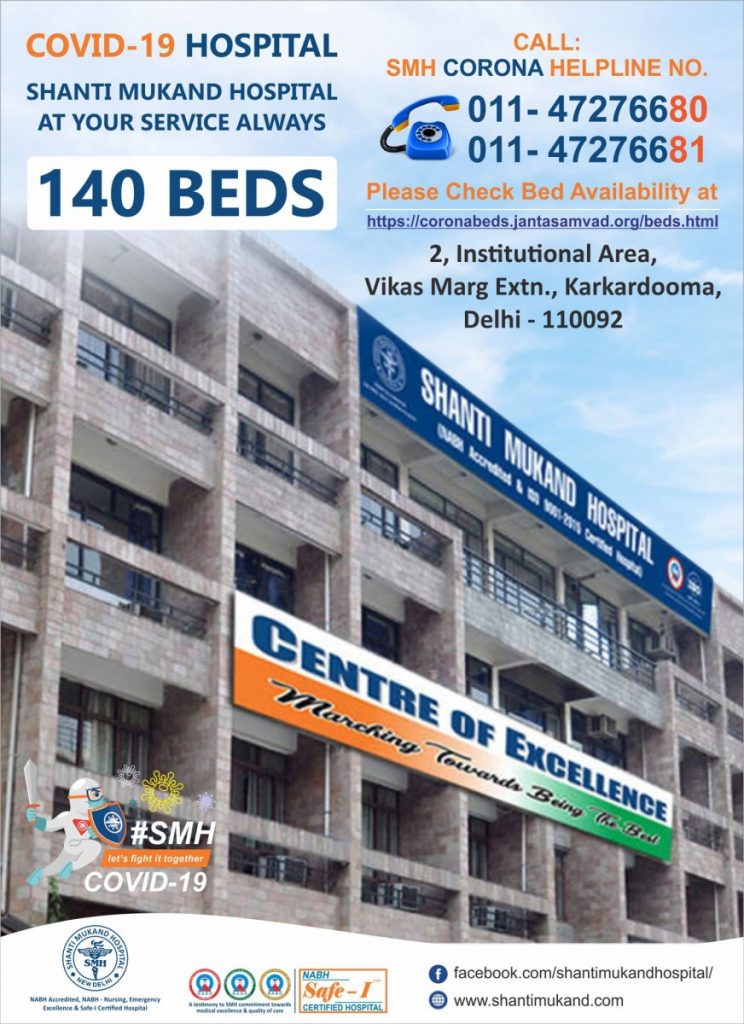 Hoda went through Sanghotra’s application in detail. He told her and Aisola that they could escalate the matter all they wanted, but the pharmacy bills of almost Rs 3 lakhs had to be paid separately, irrespective of the government cap.

When the two women reminded Hoda of the conversation with Dube, he said he was following Dube’s instructions. When the women asked to confirm this claim, Hoda said Dube’s phone was unreachable at the moment.

“We said our primary concern was just to get Mayanka’s mother the medical attention she needed. We were there for a resolution, not a fight,” said Aisola.

There was no sense to the pharmacy bills. “Most tests and treatments I was billed for were already included in the package!” said Sanghotra. By then, she had deposited about Rs 3.5 lakhs with the hospital and saw no reason to pay the pharmacy bills separately.

On July 17, Hoda called Sanghotra and said: “Either arrange the payment or you can take the patient out of this hospital.”

Sanghotra was shocked. “This was so unethical. How can a person from a hospital say things like this? I was depressed and helpless,” she said.

On the evening of July 17, however, the billing department of Shanti Mukand Hospital asked Sanghotra to settle her bills according to the government-specified rates. She paid Rs 4.22 lakhs and they asked her to deposit an advance for the next few days. She paid Rs 18,000 in advance for one day. Photograph of the final bill. Photo: By arrangement

Two hours later, Sanghotra received a call from the hospital. Her mother’s oxygen levels were unstable, she was told. A few minutes later, she received another call. Narender Kaur had gone into a cardiac arrest. By the time Sanghotra got to the hospital at 9:30 pm, her mother had been declared dead.

Questions, but no answers

On July 26, I asked Hoda about the COVID-19 packages at Shanti Mukand Hospital. He gave me the figures specified in the Delhi government order of June 20 and assured me that the hospital abided by these rules.

Then I asked him to confirm if this practice had been adhered to completely since June 20. “I am afraid I cannot discuss these details,” he said, adding that charges go higher when patients insist on better facilities, such as an air-conditioned single room.

I asked if this was what had happened with Narender Kaur.

He said he could not recall such intricate details. “There’s always an undertaking, though,” he added.

But the hospital refused to provide a copy of the undertaking to Sanghotra, even though the AAP’s Amresh Kumar had told her that patients and their relatives have the right to demand such documents from hospitals. So far, this too remains unresolved.

When I got in touch with Amresh Kumar of the AAP on August 3, he took two days to respond to my queries. On August 5, he told me: “I do not recall the particular details of this case. There are far too many cases that we have to oversee. But from what I recall, this was a case of overcharging and as is usual in such cases, I put them in touch with the DMS. The patient and the DMS take it [forward] from there.”

Kumar added that the last time he had communicated with Sanghotra was during the conference call on July 11, when he spoke with her and Dube. However, though that conference call took place after Sanghotra had sent her complaint letter to the hospital authorities and the Delhi government, Kumar denied any knowledge of the letter.

When I told him that Sanghotra’s mother, Narender Kaur, had been declared dead after the bills were finally settled, Kumar said: “That conference call was the last communication I had with them. I have no information after that. You can send me the patient number if the issue has not been resolved yet, and I can then try to help.”

Not an isolated case

Sanghotra’s story is unfortunately not an isolated case. In a virtual press conference on June 25, several civil society groups, including AIDAN, Anveshi Research Centre for Women’s studies, and 18 others, highlighted the failure of the government’s price cap in private hospitals. With no transparent information system for the public and not much effort by the authorities to enforce the order, COVID-19 patients not only suffer from the illness but also to pay for treatment.

When patients approach hospitals for immediate medical requirements, there is already a serious power difference between the two parties, said Inayat Singh Kakar of the People’s Health Movement at the virtual press conference. “It becomes very difficult to challenge the hospital or the government under such duress. It is like trying to fight with your hands tied!” she said. 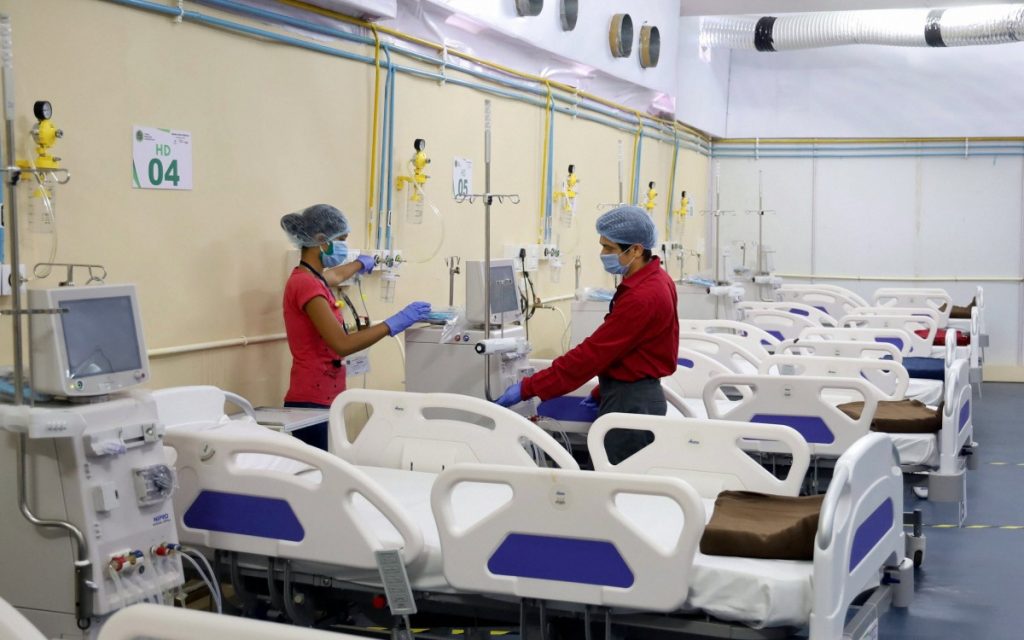 “These stories are still just the tip of the iceberg,” Jashodhara Dasgupta from Sahayog said. “It is expected that at least in times like this, the private sector will keep its ideas of profiteering aside and stand in solidarity with people who are suffering. It is unfortunate that we find such unabashed and unethical ways of profiteering and exploitation.”

“It is unethical and it is mental harassment,” said Sanghotra. “Private hospitals have a fixed mindset: we need money by hook or by crook.”

Also Read: Six Hospitals and an MLA: What It Takes to Get a COVID-19 Patient Into a Delhi Hospital

It has been more than a month since the Delhi government issued its order capping prices of treatment, but grievances like Sanghotra’s have not been resolved. The civil society groups at the press conference released a letter to government authorities such Delhi chief minister Arvind Kejriwal and Lt Governor Anil Baijal. The letter urged them to take action on complaints, establish a formal grievance redressal system, ensure transparency on rates, provide real-time information on fixed-rate beds capacity, extend price caps to all ICU beds and check on the indiscriminate use of drugs like remdesivir and favipiravir.

However, Sanghotra, who is now dealing with her mother’s last rites, said: “I have learnt the biggest lesson of my life: to never, ever go to a private hospital.”

Sweta Dash is associated with the Right to Food campaign.