Ashoka University claims to have created a space that will give students resources to think and question. But when the questions become real, it retreats from that promise. 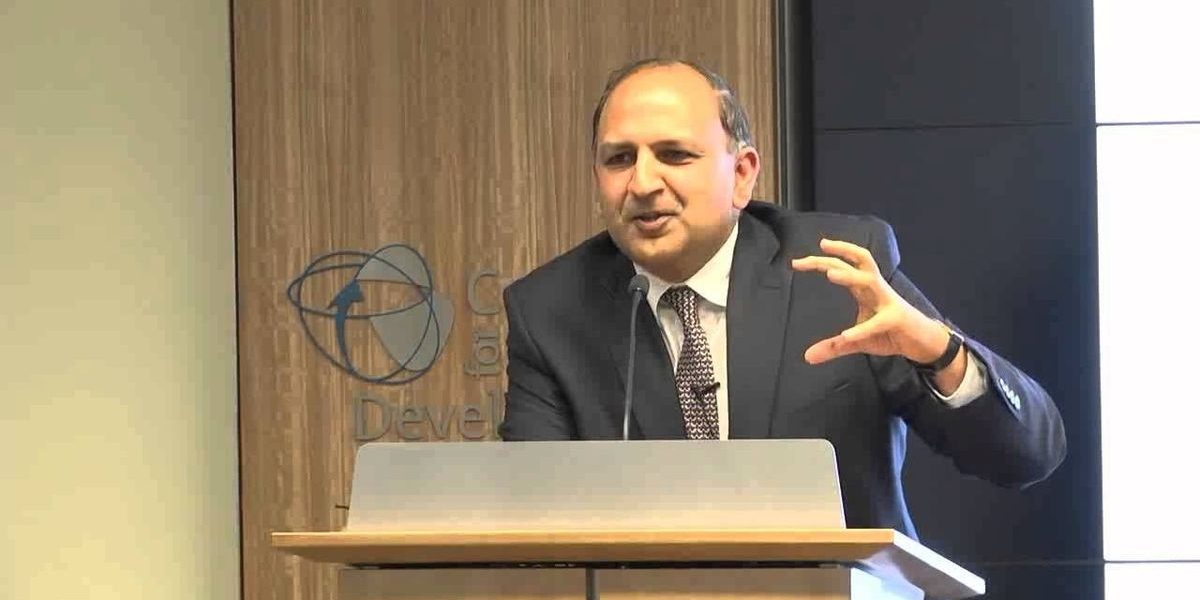 Pratap Bhanu Mehta’s resignation from the Ashoka University must not be treated as a decision taken for personal reasons. It should be a matter of public concern, even though he was teaching at a private university.

We need not explain why. Mehta’s resignation shows the extent to which this regime will go to penalise its critics. How independent voices will be pushed out of collective spaces, into loneliness. We will be told that he has not given any reason for his resignation and there is nothing to suggest that there is political pressure behind it. But only naive people will accept this argument.

It is definitely one more piece of evidence about the vindictive nature of this regime. But more than that, it is about the cowardice of some of the most powerful people of this country. Those who have amassed fortunes in a very short span of time and have claimed they are ‘giving back to society’ by setting up educational institutions.

From olden times, ‘fortunate’ people have tried to earn glory for themselves by constructing temples, digging wells or setting up schools and educational institutions. They see these institutions as their legacy. In the modern age too, affluent people have taken this route. In India, we have numerous examples of this across the country. There was a complaint in the last decades of the 20th century that not enough was done by the country’s rich in the field of education. And then came a wave of institutions like Ashoka University. Their promoters emphasised that they were not interested in making money. They proudly claimed that their universities would not have so-called professional courses. They were there to promote the liberal arts. As the Indian Express put it while reporting the resignation, “Ashoka, established through collective philanthropy, advertises itself as a world-class “pioneering liberal initiative” that encourages students “to think and to question.””

The promoters of Ashoka University seem to believe that they have earned the right to promote the cultivation of young minds by virtue of the money that they have. However, capital and courage seldom go together – this has been proven again and again, at least in India. But minds are nothing without courage. Holding one’s head up high is key to thinking independently. Unfortunately, when these supposedly powerful and philanthropic people get a phone call from the rulers, they comply with the orders without much resistance.

Before venturing into the business of thinking and questioning, they should have factored in the risks. Real questioning – or questioning that matters – always comes at a price. Especially when you are functioning under a regime which is hell-bent on turning off all sources of questioning. If you have the ambition to pioneer a liberal initiative, you need to have the spine to stand up for liberal values.

It will be said that institutions are more important than individuals and there are times when you have to sacrifice the individual to save the institution. Compromises are necessary and they are done in such difficult conditions. It is a trade off.

The question, however, is what is it that is being compromised? At least the parties involved know. In the case of universities, it is said that they are known by their faculty. Ashoka would be nothing without the names it has on its list of faculty. The University of Delhi or JNU attract students for other reasons also, but the only attraction new universities like Ashoka offer is the standing and high quality of their faculty. So, they make all efforts to list names like Pratap Bhanu Mehta. That is why he was made the vice-chancellor.

But when they nudge him to resign from the leadership position because he is questioning the claims of those in power, they are compromising the very foundation of their being. They claim to have created a space that will give students resources to think and question. But when the questions become real and start making the academic exercise meaningful, they retreat from their promise.

Brecht had written that a poem becomes a poem only by pointing out what is significant in reality. Academic exercises turn into real intellectual exercises only when they start asking you to look at your world and understand it, meaning also understand your role in it. All academics and teachers are not intellectuals. Academics remain cold while intellectuals get anguished and angry. They analyse but also cry and shout. By asking Mehta to continue teaching after stepping down as vice-chancellor, the trustees tried to be at peace with themselves. But this regime does not allow a decent human being to remain and feel human. It wants total surrender. It wants to rub your nose in the dust and humiliate you. Not leave an inch of autonomy for yourself.

By extracting Mehta’s resignation, Ashoka University has targeted someone who is a rarity in the world of Indian private  academia. Mehta has consistently and courageously engaged with the temporal, real and significant of the moment in which he lives, thus performing the duty that an academic is expected to perform in his society. Those running the country today, however, have told the trustees or promoters of Ashoka University that such a performance of public duty is not acceptable. To claim to have the goal of allowing independent minds to function is an illusion the university administrators must cure themselves of.

This article is not to denounce those who have been forced to kneel. This is to again bring focus on those who are robbing us of our dignity. We should lament the weakness and cowardice of our people, but must not forget what the great U.R. Ananthamurthy had said in 2014. He had warned us not to allow a bully to occupy the seat of power. Once the bully is there, he disempowers us completely and turns us into cowards. We are destined to live in shame after that.

This is not an occasion to talk about the importance of Mehta for India or for us. This resignation establishes that without saying anything. But for us to accept it as his personal decision or an internal matter of Ashoka would be a deception.