On December 21, the Central Information Commission ruled that voters and citizens need not know how political parties are funded, implying that they cannot be described as "public authorities".

The issue is electoral bonds. In two decisions on December 21, 2020, a single-member bench of the Central Information Commission (CIC) said that people/citizens/voters do not have or should not have any interest in how, and from where, and from whom political parties get their money.

To quote from one of these decisions, “In absence of any larger public interest warranting the disclosure of the information, there appears to be no public interest in further prolonging the matter.”

This was in response to a second (and final) appeal under the Right to Information (RTI) Act filed by a citizen asking for some information about the electoral bonds encashed by various political parties.

The information commissioner (IC), who formed the single-member bench, passed these orders and appears to be treading on risky territory because, on this very issue of electoral bonds, no less than the Supreme Court of India said on April 12, 2019:

“All that we would like to state for the present is that the rival contentions give rise to weighty issues which have a tremendous bearing on the sanctity of the electoral process in the country. Such weighty issues would require an in-depth hearing which cannot be concluded and the issues answered within the limited time that are available before the process of funding through the Electoral Bonds comes to a closure, as per the schedule noted earlier.” (emphasis author’s)

Should the public have an interest in ‘weighty issues which have a tremendous bearing on the sanctity of the electoral process in the country’? This begs an answer.

Infirmities in the two orders do not end here.

One of the orders says, inter alia, that “the specific details in respect of the political parties which were not covered within the definition of ‘public authority’ under provisions of section 2 (h) of RTI Act…”

This opens the proverbial Pandora’s box because the matter of political parties being “covered within the definition of ‘public authority’ under provisions of section 2 (h) of RTI Act” has a history.

The most relevant document on this issue – of whether political parties are public authorities or not – is a full-bench decision of the Central Information Commission of June 3, 2013. It would not be out of place to reproduce, even with some repetition, a few excerpts from this 54-page decision by three information commissioners, including the chief information commissioner.

“Needless to say, political parties are important political institutions and can play a critical role in heralding transparency in public life. Political parties continuously perform public functions which define parameters of governance and socio-economic development in the country.”

“The people of India must know the source of expenditure incurred by political parties and by the candidates in the process of election.”

“These judicial pronouncements unmistakably commend progressively higher level of transparency in the functioning of political parties in general and their funding in particular.”

“In view of the above discussion, we hold that INC, BJP, CPI(M), CPIO, NCP and BSP have been substantially financed by the Central Government under section 2(h)(ii) of the RTI Act. The criticality of the role being played by these political parties in our democratic set up and the nature of duties performed by them also point towards their public character, bringing them in the ambit of section 2(h).”

“We have, therefore, no hesitation in concluding that INC/AICC, BJP, CPI(M), CPI, NCP and BSP have been substantially financed by the Central Government and, therefore, they are held to be public authorities under section 2(h) of the RTI Act.”

“We find the above submissions quite compelling and unerringly pointing towards their character as public authority.”

“In view of the nature of public functions performed by political parties and the dicta of the High Court extracted above, we conclude that political parties in question are Public Authorities under section 2(h) of the RTI Act.” 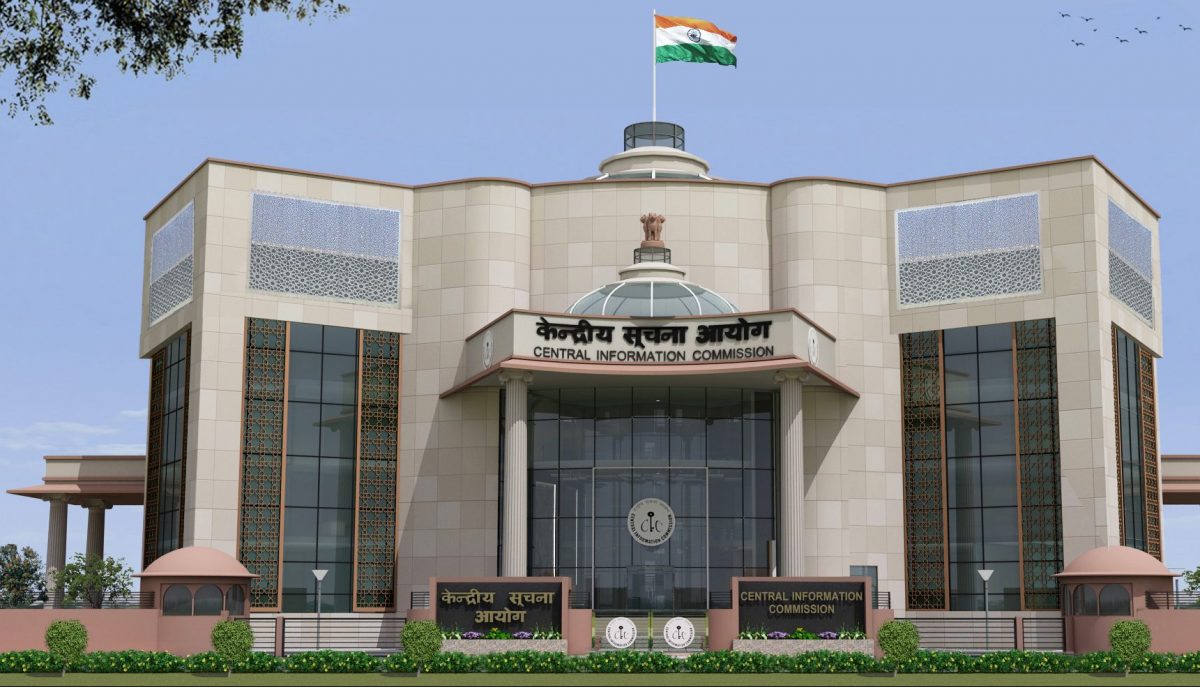 It deserves to be noted that the full-bench, including the chief information commissioner, repeatedly emphasised the public nature of political parties. That the information commissioner could say that political parties were “not covered within the definition of ‘public authority’ under provisions of section 2 (h) of RTI Act” is indeed astounding.

A complaint of non-compliance was then lodged with the CIC saying that their decision was not being honoured and implemented by all the six political parties. This was the beginning of another episode in the saga.

A new full bench of the CIC, consisting of three information commissioners (there was no chief information commissioner as the earlier incumbent had superannuated and the successor had not been appointed) had repeatedly called for hearings but all six political parties not only did not appear before the CIC but they also refused to even accept the notices of the CIC!

This went on for almost two years, after which the CIC threw up its hands saying it did not have the wherewithal to get its own decision implemented. Here again, it is worth reading what the full-bench wrote:

“It is clear that the respondents have not implemented, as public authorities, the directions contained in the Commission’s order.”

Now, to come back to electoral bonds. The scheme was announced on February 1, 2017, in the budget speech of the then finance minister. As details of the scheme emerged gradually, and its potential for mischief became clear, a public interest litigation (PIL) was filed in the Supreme Court on October 3, 2017, by the Association for Democratic Reforms (ADR). While the PIL waited to be listed, the government notified the scheme on January 2, 2018. 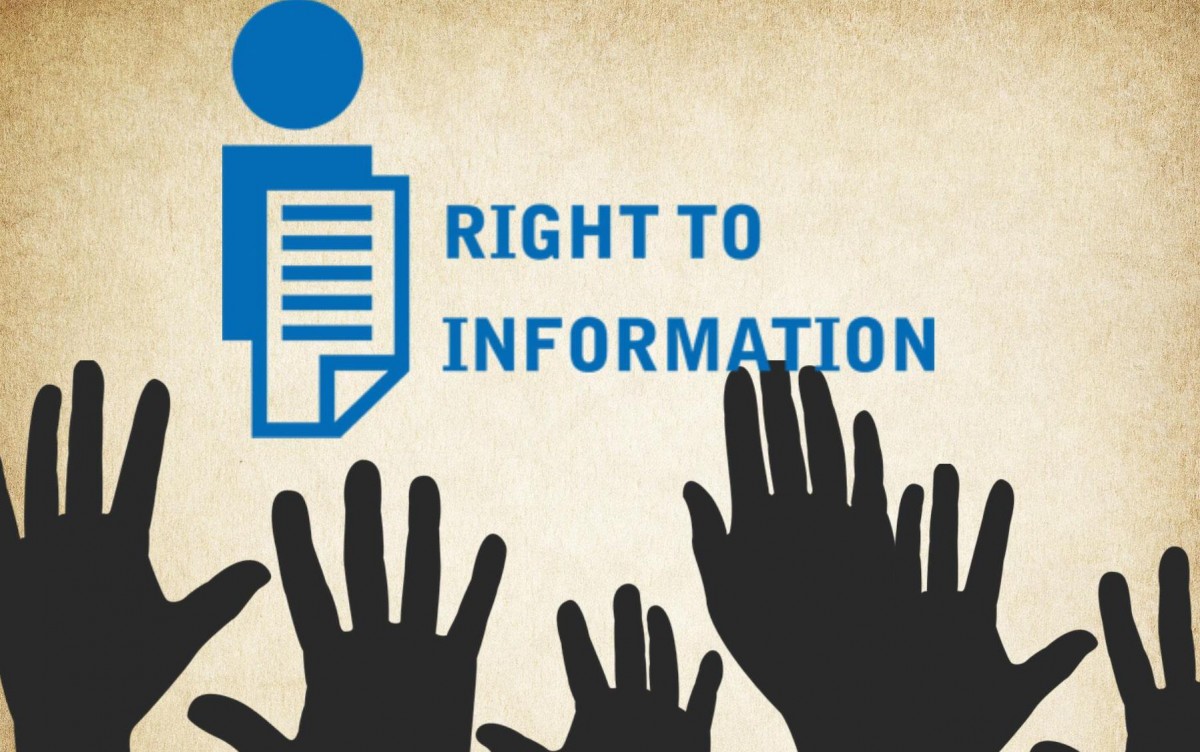 As elections to the Bihar state assembly approached and the sale of electoral bonds was opened, ADR filed an application for urgent hearing because only virtual hearings were being held due to the COVID-19 lockdown. This application was not listed. So, the matter remains where it was on April 12, 2019.

The RTI Act was the culmination of a struggle that went on for over a decade. It was launched with great fanfare in 2005. It turned out to be very empowering for common citizens because they could now get information. And “information is power”.

However, very soon the powers-that-be, the government and the political establishment, realised the potential of the law to disrupt their unscrupulous activities and attempts to thwart, weaken, and undermine the RTI Act started. The initial few attempts were blocked by the resistance launched by citizen groups, but the last few years have seen a sharp decline in the efficacy of the law.

The two decisions of December 21, 2020, are a perfect example of the fence eating the crop. If one wishes to go into details, one can speak of the functioning of the Commission, the kind of people who man the Commission, the process of appointment of commissioners, and so on.

The last word must go to political parties. They are the most important components of Indian society. Actually, it is political parties that are sovereign in India, people do not seem to count.

Jagdeep S. Chhokar is a former professor, dean and director-in-charge of Indian Institute of Management, Ahmedabad.