The nature of the latest raid closely mimics that of the first one on the priest's house on August 28, 2018.

New Delhi: An eight-member team of the Pune city police raided the Ranchi residence of rights activist Father Stan Swamy in the early hours of June 12, the second such abrupt raid on the 83-year-old’s house since August 2018.

Swamy, a prominent critic of the Jharkhand government and grassroots-level social worker, is an accused in the Bhima Koregaon/Elgaar Parishad case in which police have so far booked 23 people, including prominent rights activists and intellectuals.

“Our team conducted a search at Swamy’s residence in Ranchi as part of the ongoing probe into the Elgaar Parishad case,” PTI quoted a senior police official as having said.

Police suspect that Swamy has links with the banned CPI (Maoist) organisation, which it claims instigated Dalits into violence a day after the Elgaar Parishad event on December 31, 2017, at Bhima Koregaon in Pune. Swamy has denied these charges emphatically.

A statement by the Jharkhand Janadhikar Mahasabha condemning the police action noted that the raid, which started at 7:15 am, reportedly went on for more than three hours. The Mahasabha, a coalition of rights organisations in the state, further noted that police reportedly “forced him to give his email and Facebook passwords. Thereafter, they changed the passwords and seized these accounts.” 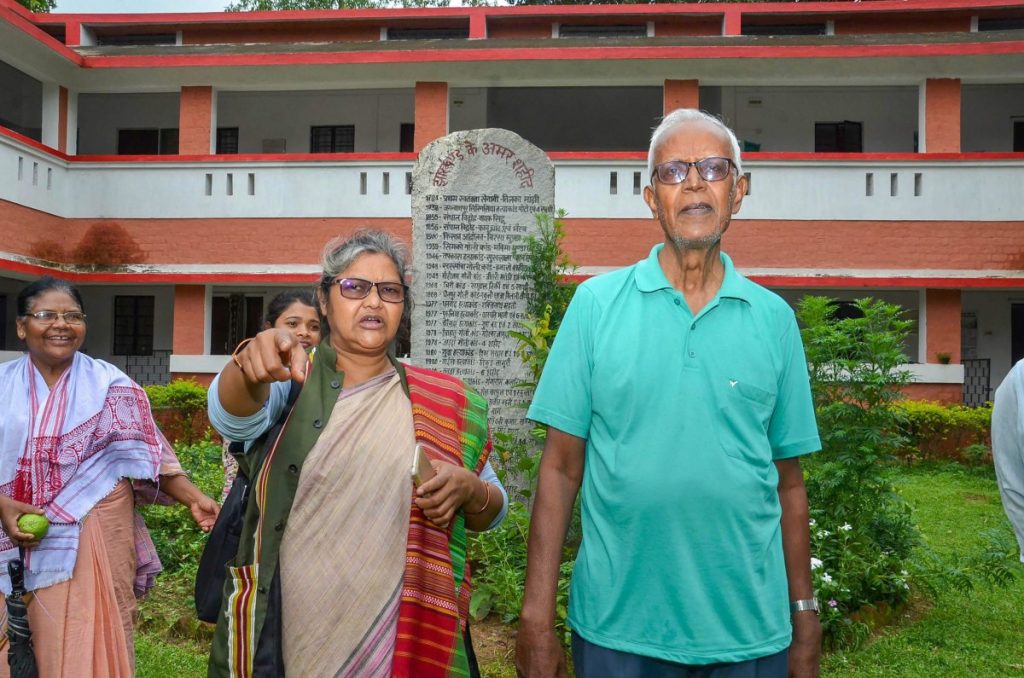 Father Stan Swamy during the August 2018 raid on his house in Ranchi. Source: PTI

While Swamy has not been arrested yet, the nature of the latest raid closely mimics that of the first one on August 28, when a team comprising Maharashtra and local police turned up at his house with a document written in Marathi, a language Swamy does not speak. Police had confiscated his laptop, mobile phone and CDs then. Simultaneous raids had been conducted at the houses of ten activists on that day, including that of senior professor Anand Teltumbde, who was arrested later.

Swamy has been a keen advocate of innocent Adivasis who have been kept imprisoned on false or unproved charges of being ‘left wing extremists’. He has also spoken of the necessity to conduct research studies on Maoists in Jharkhand. One such study, spurred by him, noted that 97 percent of 102 undertrials accused of being or helping Maoists maintain that the allegations against them are wrong.

As part of the Persecuted Prisoners Solidarity Committee, Swamy has also questioned the legality of undertrials being put in solitary confinement following the banning of the Mazdoor Sangathan Samiti in December 2017.

Swamy has also led a movement to question why the Panchayats Extensions to Scheduled Areas (PESA) Act, 1996, which grants special powers to fifth schedule areas like Jharkhand has not been implemented anywhere in the state.

He has also worked to foster communal harmony and remains a champion of tribals’ rights to land and resources.