As part of the Centre's only relief measure to deal with the consequences of the COVID-19 lockdown, 800 million beneficiaries were to receive 5 additional kilograms of grain. 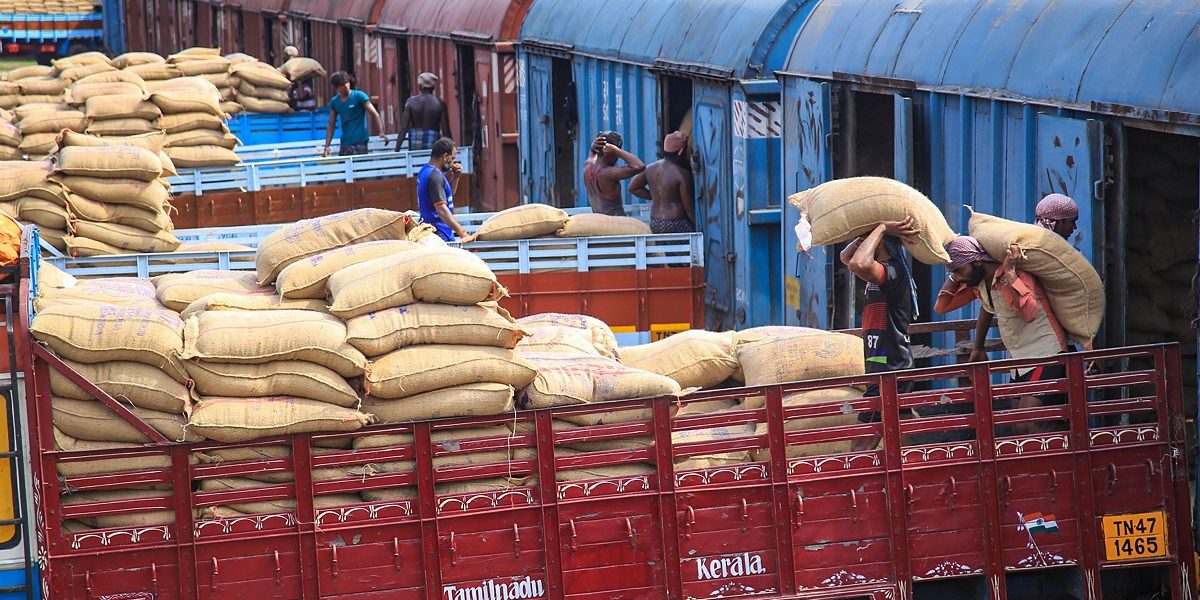 Workers unload sacks of grain from a railway goods wagon in Kanyakumari, May 6, 2020. Photo: PTI

New Delhi: On March 26 when finance minister Nirmala Sitharaman announced the Pradhan Mantri Garib Kalyan Package (PMGKP) – so far, the government’s only relief measure to deal with the consequences of the almost two-month lockdown – she made a key promise pertaining to food security. She said that 800 million beneficiaries under the National Food Security Act (NFSA) would receive 5 kilograms of grain (wheat or rice) in addition to the usual allocation of 5 kilograms per person. This, she said, will be provided by the government free of charge for the next three months – April, May and June.

For April, however, 200 million beneficiaries did not receive the additional quota of 5 kg of grain, according to data released by the government on Wednesday.

The worst performing states have been Delhi and Punjab, which have only distributed 1% of the grain that they were supposed to, according to data released on Twitter by Ram Vilas Paswan, Union minister for consumer affairs, food and public distribution.

In the case of Delhi, a recent report by the Delhi Rozi Roti Adhikar Abhiyan has also pointed to the laxity in the public distribution system (PDS). On visits to 60 of the 2000 rations shops in the state, it found 34% closed between May 1 and May 4.

Jharkhand and Odisha too have lagged, having distributed only 17% and 45% of their PMGKP allocation respectively. 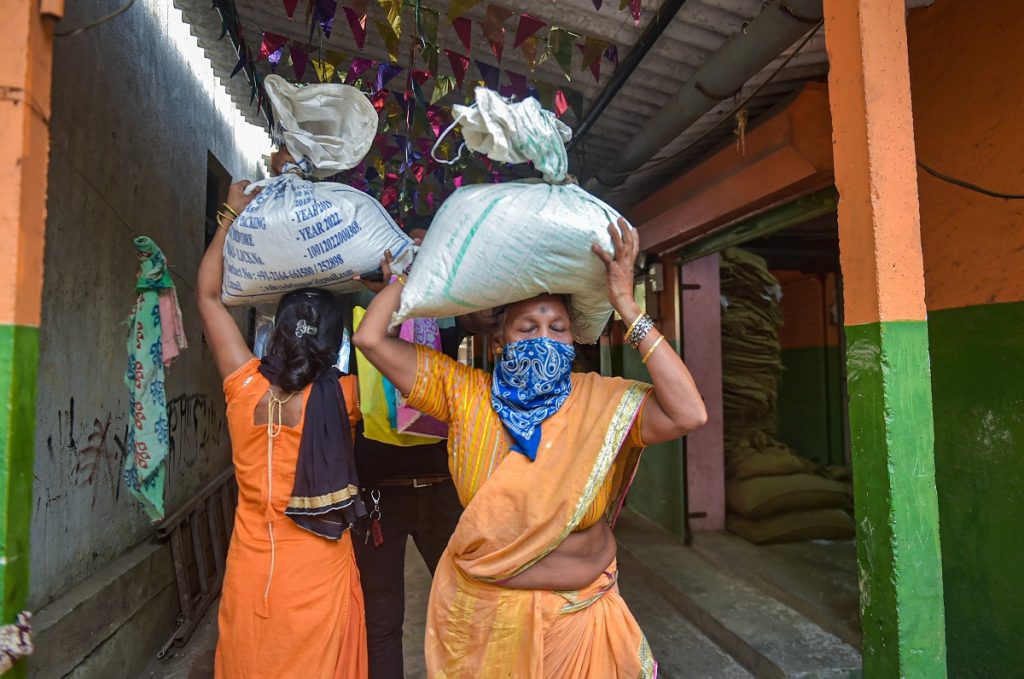 Only 4 states and Union Territories – Arunachal Pradesh, Nagaland, Mizoram and Chandigarh – have provided the additional grain to all of the beneficiaries.

Among large states, Uttar Pradesh, Kerala, Andhra Pradesh, Assam, Chhattisgarh and Rajasthan have been able to distribute the PMGKP grain to more than 95% of NFSA beneficiaries.

According to the Centre’s press release, the problem is not that the states don’t have the grain. In fact, as per the Centre, 67 lakh tonnes of grain have been lifted by states under PMGKP – but only less than half has been distributed. The grains that the Centre says has been lifted is much more than the 40 lakh tonnes that are needed in a month for the distribution of 5 kg of additional grain to 803 million beneficiaries. So far, the Centre has not provided state-level data of grains lifted.

It is important to bear in mind that the number of people who face food insecurity is now substantially higher than the number accounted for by the NFSA. As Meghana Mungikar, Jean Drèze and Reetika Khera have pointed out, at least 108 million people who should be covered by the public distribution system are not. This is because the number of beneficiaries under the Act is based on the population data from 2011. Since then, India’s population has grown by an estimated 150 million.

In addition, wages of millions have been wiped out due to the lockdown, making them vulnerable. Several million have lost their jobs as the unemployment rate has grown from 7% before the lockdown to 27% now, according to the Centre for Monitoring Indian Economy.

Due to these factors, several organisations, economists, activists and opposition politicians have called for PDS to be universalised, which would mean that no one is excluded from the system for not having a ration card. However, the data for the month of April show that the governments are struggling to provide grain to even those who have a ration card.