By Withholding Information on PM-CARES and the Lockdown, the PMO Has Violated the RTI Act

Details on this fund and on the decision-making process behind the lockdown, which the PMO has decided not to disclose, should have been made public without waiting for RTI requests. 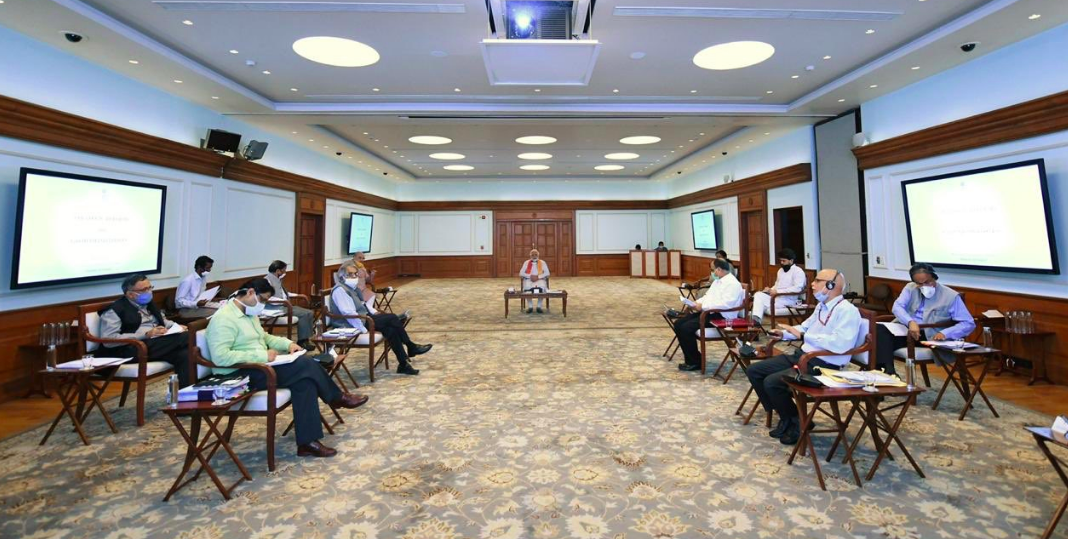 The Prime Minister’s Office must have deliberately ignored the will that the parliament had expressed in the RTI Act, and the spirit of the the Rules and Office Memoranda (OM) issued by the Department of Personnel and Training (DoPT) when it comes to responding to RTI requests.

The DoPT is the nodal agency to implement people’s access to government’s records in the entire nation. The PMO is one of the Ministries in Central Cabinet, under which the DoPT functions. The PMO’s Chief Public Information Officer cannot say that it has no knowledge of the Rules and OMs issued by its own wing – DoPT.

As has been reported by now, the PMO, perhaps, did not repose confidence in its own PM National Relief Fund, for reasons not explained, and created another fund called ‘PM-CARES’ in the wake of the coronavirus attack.

PM-CARES did not care for RTI, as PMO refused to give information about the thousands of crores of rupees of public money given into the accounts of government-controlled PM CARES fund.

In response to Vikrant Togad’s RTI application dated April 21, 2020, the PMO wrote back within six days refusing to furnish documents and information sought.

It is not on merits, but on technicalities that the refusal was made. CPIO objected that the RTI request contains multiple requests on different topics. The CPIO, Parveen Kumar of the PMO, wrote,

“It is not open to the applicant under the RTI Act to bundle a series of requests into one application unless these requests are treated separately and paid for accordingly”.

This means PMO wants Rs 10 separately for each subject on which information is sought.

It is surprising that the CPIO departed from the simple meaning of the plain provisions of the RTI Act, which mandates the CPIO give information to points concerning their public authority, and transfer the rest of the points to such public authority which holds that information, without asking for Rs 10 for each of the subjects.

Even that other authority must furnish the relevant information and not insist on a separate fee. There is no legal way of refusing to give information unless it is exempted under Section 8.

Even if the application contains multiple questions about different departments, the CPIO shall positively respond to points of request for which he has the information and give such information. If the RTI application is too big, then the Rules mandate:

There are other interpretations and suggestions available from several CIC orders that if the application is too large, the CPIO can chose those points up to 500 words relating to his authority and give only such information held and not exempted under Section 8.

Office Memorandum of DoPT dated June 12, 2008, on the subject “RTI applications received by a public authority regarding information concerning other public authority/authorities”, mandates CPIOs as follows.

It would, however, be the responsibility of the PlO, if an appeal is made against his decision, to establish that he made reasonable efforts to find out the particulars of the concerned public authority.

This was clarified further in another OM dated September 24, 2010:

It has been decided to advise the PlOs that if the details of public authorities who may have this information sought by the applicant are available with the PIO, such details may also be provided to the applicant.

How is it that the instructions of the DoPT were not followed by the CPIO of PMO? Instead, he used an order of CIC and a paragraph of Supreme Court judgment to hide the information which should have been in public domain or shared in response to RTI request.

What is the legal basis of the CIC order?

In 2009, the CIC was hearing the second appeal arising out of CBI’s rejection of the 2007 application made by Rajendra Singh of Delhi, seeking information on 69 points.

The CPIO of CBI performed his duty by sending the questions to concerned departments to respond. One of the CPIOs was going to offer information but demanded Rs 10 as the information sought was different.

The then Chief Information Commissioner, Wajahat Habibullah, held the demand for fresh fee for each subject as reasonable. Neither CPIO nor CIC denied the information.

There is no doubt that the requestor should be reasonable and responsible in seeking information from concerned authorities only. But Shailesh Gandhi, who agitated for right to information, has correctly laid down the law saying that no legal basis has been given in the CIC verdicts which restricted the scope of RTI application to only one subject or sought additional fee on multiple subjects.

There is no such ‘single’ subject embargo. It is the duty of CPIO to honestly use his discretion, wisdom and conscience.

The RTI makers were conscious of the fact that ordinary citizens do not know the nitty-gritty of powers and jurisdictions or areas of power of public authorities. They cannot be expected to be correct regarding what information should be asked from whom. As the civil public servants are well-versed with these aspects, they are entrusted with responsibility to help the applicants.

The CPIO has referred to the order of the Supreme Court in CBSE v. Aditya Bandopadhyay, which said indiscriminate and impractical demands for sundry information would be counter productive as it will adversely affect the efficiency of the administration and result in the executive getting clogged down with non-productive work of collecting and furnishing information.

In this landmark order, the Supreme Court allowed information to be furnished. The paragraph reflects a general observation, or it is an advice. Its factual base was disproved by the fact that staff spends not more than 3.2% time for RTI.

The SC has not laid down any law in the form of ‘precedent’ to use for rejecting information. The CPIO has not properly used the advice.

What is the substance of information that was denied?

The applicant wanted the details of the high level meeting held before declaring lockdown, the correspondence between PMO and Ministry of Health, and disclosure of files relating to equipment for testing and relating to PM CARES Fund.

The PMO had time up to May 21 to give this information. Without refusing to give information, the CPIO raised the above referred technical objections, which are not warranted. One cannot treat an RTI as rejected until one month has expired from the date of receipt of this RTI request.

As per the RTI Act, there is absolutely no scope for rejecting the RTI request. This is because the PMO is established to be a public authority and the information is either held by it or under its control. The files about the lockdown decision, testing kits and correspondence between PMO and Health Ministry are under PMO, and can be offered for inspection unless any exception under Section 8 is invoked. Even if some information is withheld, the PMO cannot deny the substantive part of what was sought.

PM CARES too is in the control of PMO, for which, it must be shared, subject of course to exceptions under Section 8. But most of it should have been voluntarily published.

Section 4(1)(b) mandates suo motu disclosure of information on various points including:

(iii) the procedure followed in the decision-making process, including channels of supervision and accountability…

(xiii) particulars of recipients of concessions, permits or authorisations granted by it.

This mandates that the PMO give all information such as what the process was and how the decision to call for the lockdown was made, without waiting for some one to file an RTI request. Regarding PM CARES, it should disclose the donors, beneficiaries, decisions made and how they were made.

It shall be a constant endeavour of every public authority to take steps in accordance with the requirements of clause (b) of sub-section (1) to provide as much information suo motu to the public at regular intervals through various means of communications, including internet, so that the public have minimum resort to the use of this Act to obtain information.

Section 4(4) mandates that CPIO shall make such information:

“…available free or at such cost of the medium or the print cost price as may be prescribed”.

“…publish all relevant facts while formulating important policies or announcing the decisions which affect public.”

“…shall provide reasons for its administrative or quasi-judicial decisions to affected persons.”

If the PMO thinks it is an administrative decision, then also it must disclose complete details and reasons.

Ultimately, how can the PMO breach Section 6(3), which says where requested information is held by or is closely connected with functions of another public authority, CPIO shall transfer to that public authority?

The CPIO and his team should be sent to a training session to understand that Section 10 provided for separating those points of information which could be given from those which could not be given.

How can it be that the CPIO is ignorant of this simple doctrine of sever-ability and its own authority to separate and give information, as much as possible?

Instead the CPIO unethically depends on some anti-RTI paragraphs uttered by the CIC and Supreme Court to hide the information about funds of PM CARES. This is at least dishonesty, if not corruption.